Taylor Swift Covers Edward Enninful’s Second Issue of British Vogue [Vogue UK]
Taylor Swift has an edgy new look on the January cover of British Vogue, the second issue under new editor-in-chief Edward Enninful. The “Look What You Made Me Do” singer sports a red Saint Laurent ensemble by Anthony Vaccarello and a center-parted, slicked back ‘do styled by Paul Hanlon on the Mert Alas and Marcus Piggott-lensed cover. Vogue has a knack for making over the sweet starlet; American Vogue debuted her platinum blonde look in 2016.

Introducing the January 2018 issue of #NewVogue starring @taylorswift, photographed by Mert & Marcus wearing @ysl by @anthonyvaccarello Read on at the link in bio

Buzz Aldrin Stars in Fashion Campaign [Pret-a-Reporter Inbox]
Buzz Aldrin, the famed astronaut and second man to set foot on the moon, has teamed up with Sprayground, a performance-focused apparel company, on his very first fashion capsule. The collection, now available online, includes a coat, duffel, backpack, solar panel backpack and gloves, and prices range from $20 to $325. Aldrin, 87, also posed for the capsule’s campaign imagery. He has previously dabbled in fashion, having walked the runway at New York Fashion Week: Men’s earlier this year for designer Nick Graham’s space-themed alongside fellow scientist Bill Nye. 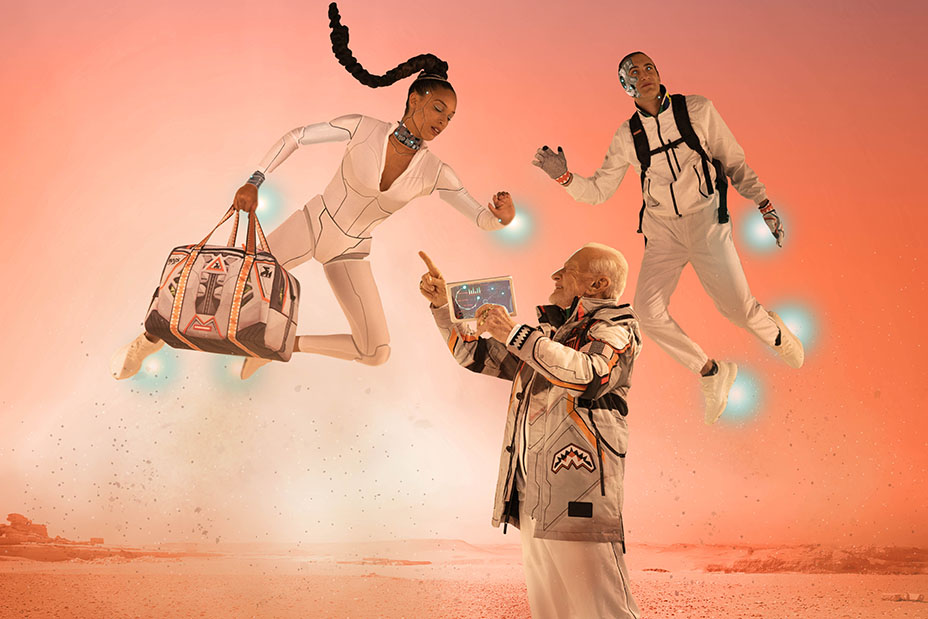 Zoe Kravitz Lands Elle‘s January Cover [Elle]
Zoe Kravitz opens up to Janelle Monae about her upcoming projects (the sequel to Fantastic Beasts and Where to Find Them), Harvey Weinstein and growing up with A-list parents in her January cover story for Elle. The pair also discuss what it means to be a black woman in the entertainment industry. Kravitz was photographed by Paola Kudacki in Saint Laurent and Versace for the accompanying spread.

Columbia Launches Limited-Edition Star Wars-Inspired Jackets [Pret-a-Reporter Inbox]
Columbia has launched three limited-edition jackets inspired by Star Wars: The Empire Strikes Back. Named after Han Solo, Luke Skywalker and Leia Organa, the three high-performance coats will be available online beginning Friday. Additionally, Columbia is selling a handful of extremely-limited brown Han Solo parkas signed by Harrison Ford himself, which will be available in select Columbia stores; 100 percent of proceeds from the sale of these parkas will be donated to Conservation International. The collection comes just ahead of the release of the next installment of the stalwart movie franchise, The Last Jedi, which hits theaters Dec. 15.

#TestedTough in a galaxy far, far away…