Netflix’s newest star couple, Hollywood stylist Jason Bolden and his interior designer husband, Adair Curtis, caught up with The Hollywood Reporter to talk about their new series, Styling Hollywood, out today. The show offers a backstage view of their work during last year’s awards season under the banner of their lifestyle company JSN Studio, meeting the demands of what seems like an endless treadmill of red carpets while also masterminding a major home renovation for actor Dulé Hill and his wife Jazmyn Simon.

Bolden has carved out a highly influential space in Tinseltown by spreading what he calls “black girl magic” — raising the fashion profile of stars of color with his always on-point and empowering styling. His client list includes Taraji P. Henson, Gabrielle Union (who gave him his start), Eve, Storm Reid and industry figures such as Ava DuVernay and director-transgender activist Janet Mock.

Along the way, like any juicy reality show, there’s a good heap of drama with the supporting cast — Adair’s longtime, headstrong friend Kafia (“I’ve been hired multiple times by Adair and I’ve been fired multiple times by Adair”), new styling assistant John (as Bolden says, “Give the kid a chance, it worked on The Devil Wears Prada) and single mom/sometimes fit model former Miss Norway Melinda, who is Adair’s right hand for interiors and home staging. Cruz, the couple’s adorable shaggy dog, gets a fair share of screen time as well, as the couple wrestles with the decision of whether the time is right to enlarge their little family. 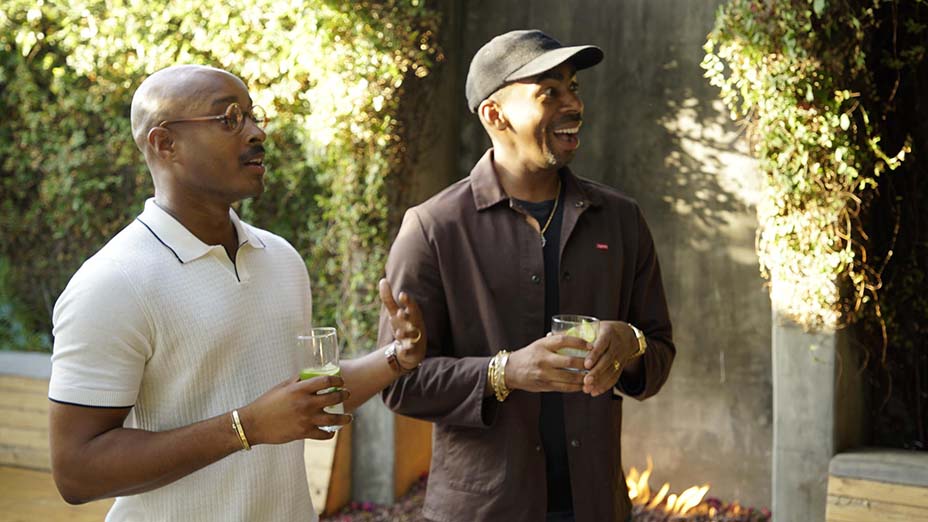 Hey guys, where are you calling from?

Bolden: I’m in New York sitting in traffic in an Uber and headed to the airport.

Curtis: And I just left a new $40 million house being built in the Bird Streets that we’re about to start work on.

Adair, there’s an episode in the series where you are kind of resistant to the idea of just doing a photo shoot, so how did it feel to have cameras follow you around all the time?

Curtis: I was definitely nervous and less than enthused initially. But then throughout the season, knowing that there was really nothing I could do about it, I just got more comfortable and the cameras kind of faded away. I said what I thought and what I felt in the moment.

Jason, were there any funny things that happened during filming that we aren’t seeing?

Bolden: Well, as you saw in one episode, we are always literally next to each other. And I’m always being attacked by mosquitoes and they jump right over him. We had a huge one in our house and I had a complete meltdown. And it happened on camera and that was so crazy. I laugh really hard now even thinking about it. 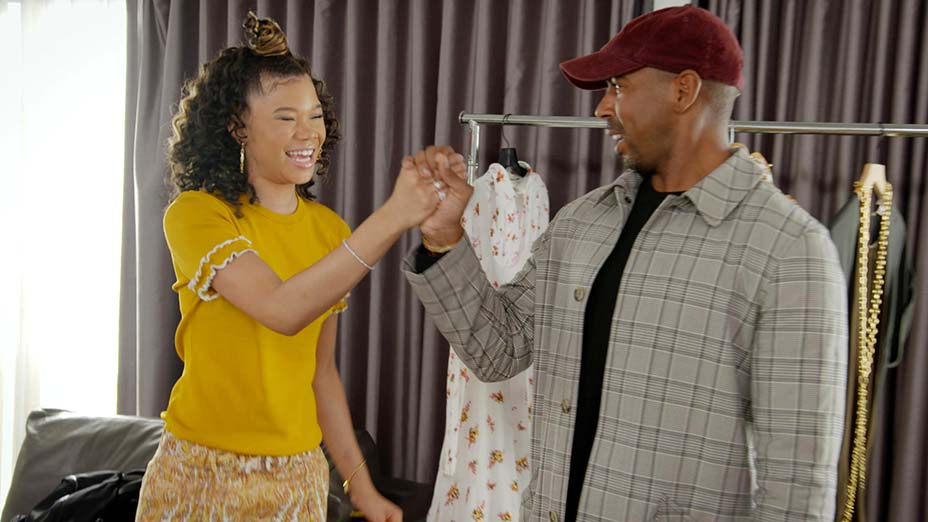 Jason, you talk a lot about about creating “black girl magic.” Why does that term resonate so much with you?

Bolden: First, the reason that it resonates so closely and dearly to me is because that’s what I come from. That’s where my security and my passion and power come from. It’s really important to me, because there are a lot of things that have not been fair to amazing brown women. I adore that I have these women in my life who allow me to go to the front line and fight for them to get what they deserve, to get the respect and inclusion.

It’s also really impressive that you don’t mess around with, like, 3,000 things and that you have a very clear vision.

Bolden: I learned very early because I didn’t really have any relationships and had to scale it down that way. So I had to edit and, unbeknownst to me, I was creating a blueprint. Just the other day, I was doing Janet Mock’s fitting for the Emmys and I came to her with two dresses, but we already knew that one dress was going to be the thing. She was pacing in her house and I sat in a chair and she said, “Dude, why are you not nervous?” And we put it on, and it was gorgeous. And it’s also the trust with those brilliant amazing women. 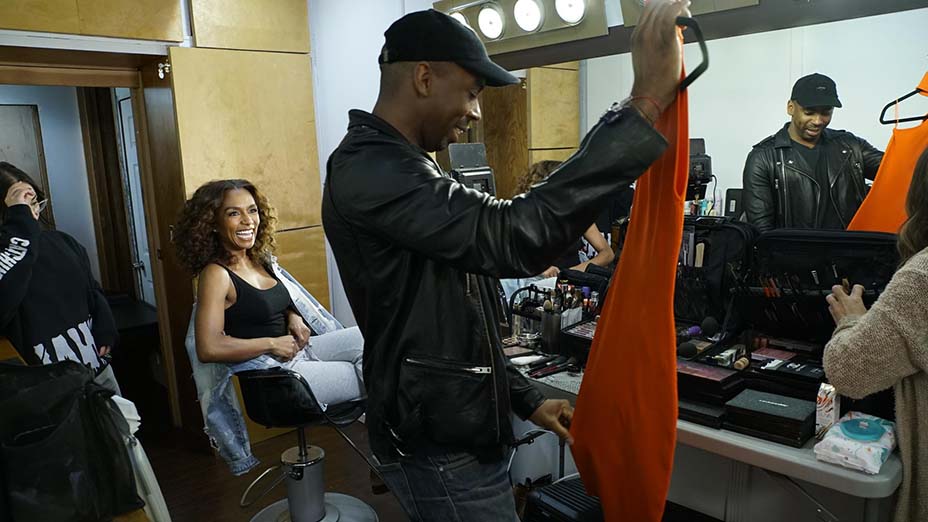 Adair, you as well have a very singular vision even though it’s a little different, with people’s homes rather than something that is worn for one night.

Curtis: I have to be confident in myself before I present anything to a client because they can sniff it out if you’re not. I mean, if you don’t think it’s going to work,  why should they think it’s going to work? We try a lot of things you didn’t get to see and maybe next time you will, really shopping for things and a thousand decisions that have to be made before installing a home.

In both the styling and interiors, it looks like one deadline after another. How do you deal with it in your personal life that you are constantly facing deadlines?

Bolden: Well, as you see in the show, our house is still in boxes. All of a sudden, it was the middle of awards season and all we had time to unpack was clothes. You’ll notice there’s no artwork on the walls yet.

Curtis: When we do have time, we make time for each other. Everything can’t be about work.

Bolden: We used to have date night but now we don’t. We go to sleep now.

Curtis: Just gives us a space for ourselves that’s clean and the sheets are crisp.

Bolden: I’m going to lose you guys; I’m at the airport and going through security now. 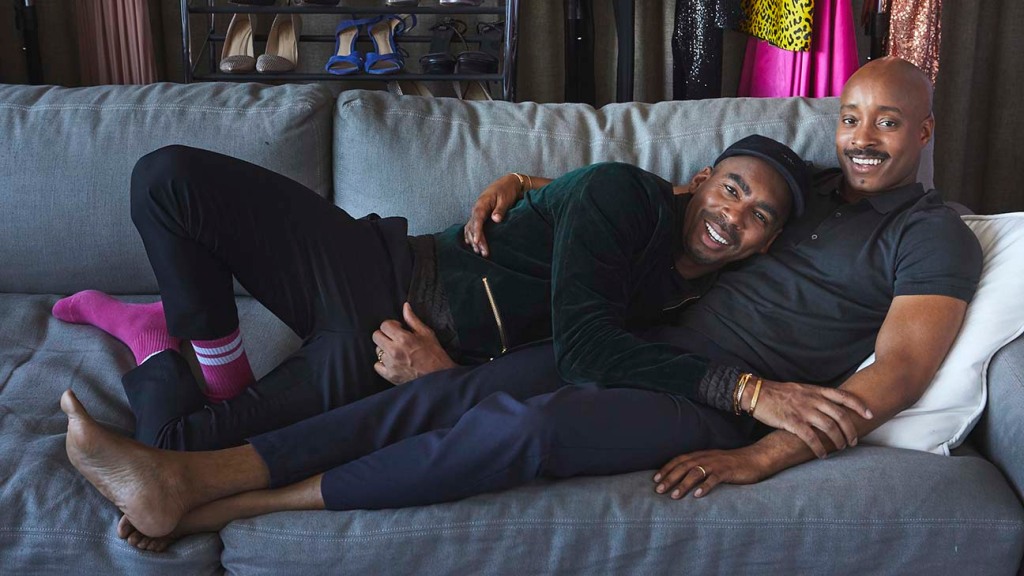