Once Michelle Williams captured her Emmy Award in September, as outstanding lead actress in a limited series or movie for her role as Gwen Verdon in FX’s Fosse/Verdon, stylist Kate Young felt like a Golden Globe nomination would be a safe bet.

“There’s always a hesitation about starting a dress [for an awards ceremony] when you don’t know if someone will be nominated, but after the Emmys it was sort of clear we would be back for the Globes,” says Young, who has worked with Williams since Brokeback Mountain’s release in 2005, in an exclusive interview with The Hollywood Reporter. “So we started talking to Louis Vuitton right after the Emmys; it wasn’t a rushed process.” 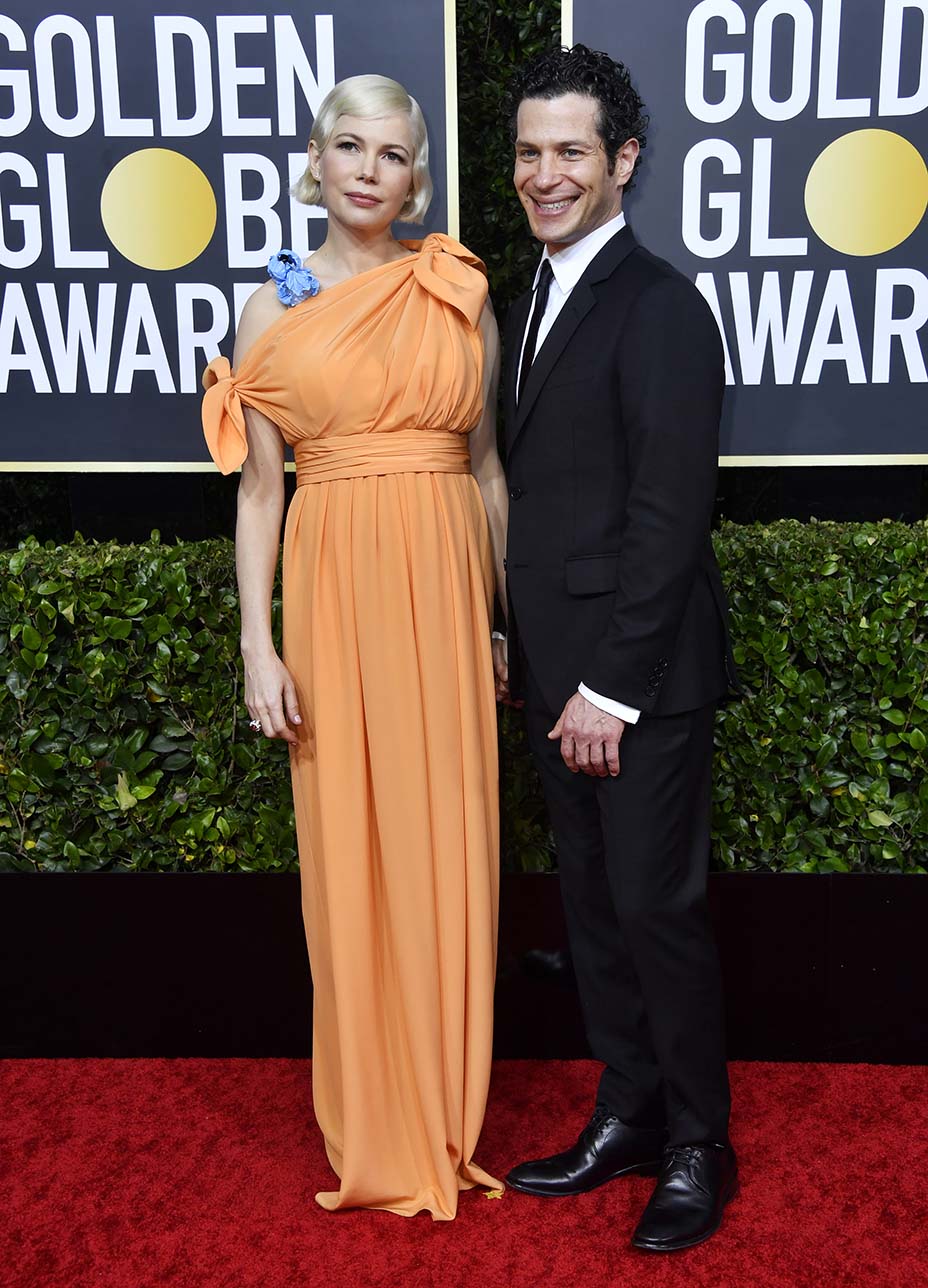 Williams is a longtime ambassador for Louis Vuitton, appearing in multiple ad campaigns shot by Peter Lindbergh, and wears the brand almost exclusively on red carpets. For the Golden Globes, Young chose a look from the brand’s Spring 2020 collection as the jumping-off point for a custom gown. “The starting point is usually a show look,” she explains. “Typically, I talk to the Louis Vuitton team about some element from the latest show — an embroidery, a drape or a color — and then we expand on that. They don’t show gowns usually, so I ask to work with a specific detail and make it into a gown, because I think it’s important that the look relate back to a collection.” 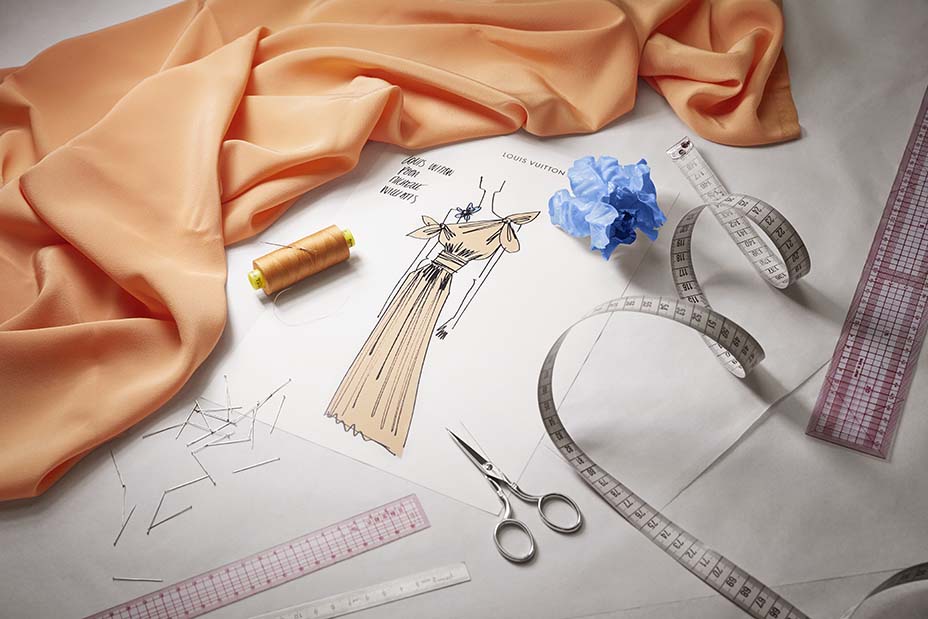 For Sunday’s ceremony, Young opted to work with Look #39 in the Spring 2020 collection, a loosely draped top in bright orange silk, tied in relaxed bows at the shoulders, accented with a sculpted blue flower and paired with a white skirt. “We took the top of that look and made it into a gown,” Young says. “Michelle is someone who looks really great in color, and we’ve had really beautiful moments in the past with odd color choices. The drape and the color combination and the softness really felt like her.” 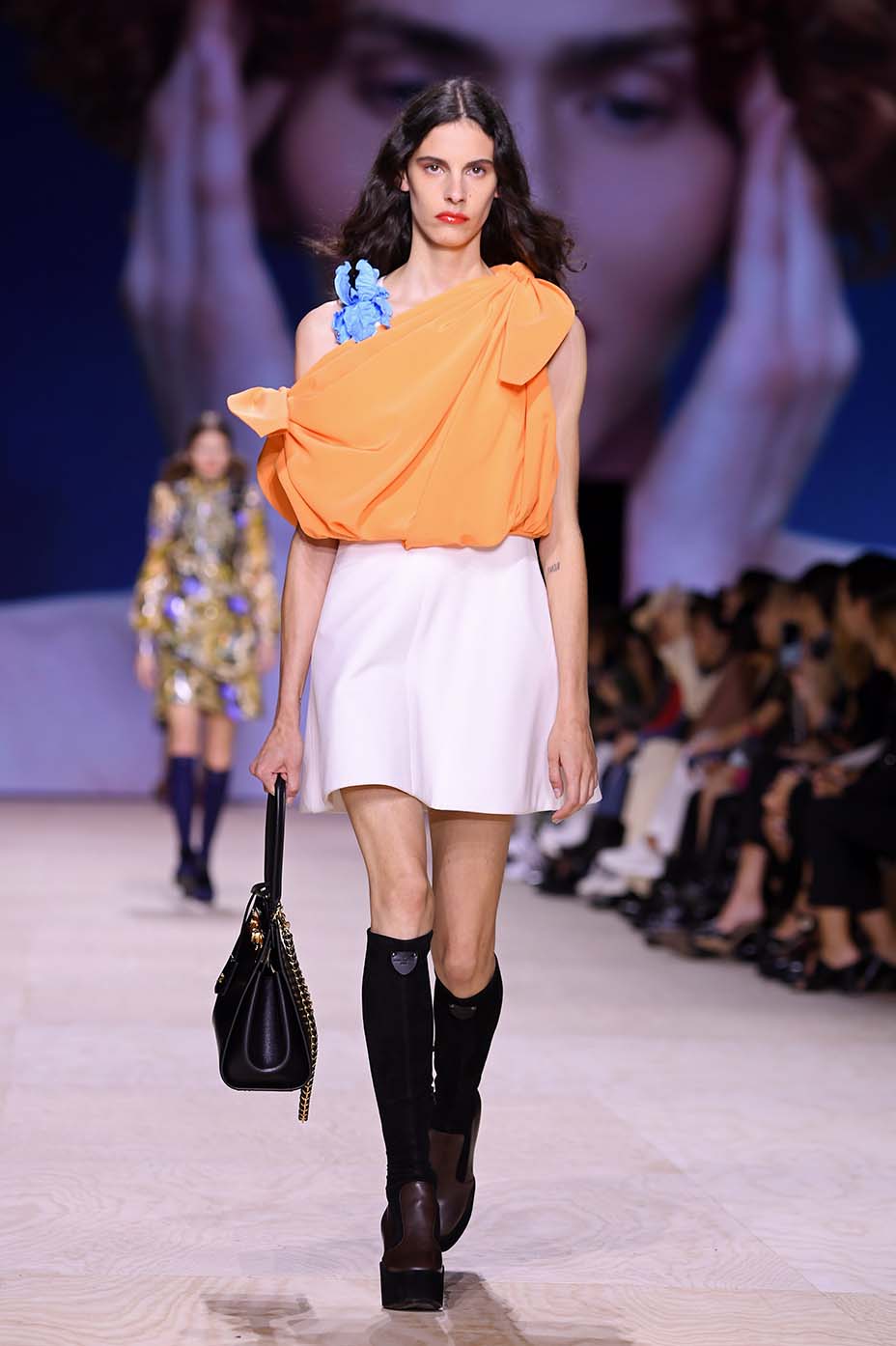 Also key to crafting the look? Williams’s recently announced pregnancy, which Young says played a small role in the gown’s design. “The people making her dress knew, because of course they had to, but nobody else,” she notes. “I’ve had two kids, and I’ve had so many pregnant clients. I think a bit of structure is important; if you just put a tent over a pregnant belly, the woman can look like a mountain. I’d rather go for a softness that also contains, so the woman is still there.”

The dress took roughly 156 hours to craft in Louis Vuitton’s Place Vendome atelier, but the detail Young loves most is the flower that sits on Williams’ shoulder. “It’s not a textile, it’s a sculptured piece, and is sort of a bluish-purple hybrid of an iris and an orchid,” she explains. “There’s something really magical about that flower. It’s hand-painted and three-dimensional and a bit wild. Its handcraft is very special.”

Young opted to keep Williams’s jewelry simple, partly because of the boldness of the flower and partly due to the actress’ personal style. “Michelle doesn’t wear a lot of jewelry — she’s so small, and her features are so delicate, and this is a lot of dress in a bright color,” she says. “The jewelry is just to add a bit of sparkle.”

Yet there’s an undeniable significance about the two rings ultimately chosen: a Leaf Wrap ring featuring a peridot that totals more than six carats, and an Inverted Petals ring showcasing a rubellite at more than seven carats, both embellished with diamonds and set in 18-karat gold and platinum, and priced at $30,000 and $40,000, respectively. Both pieces are Tiffany & Co. Schlumberger and crafted from designs by Jean Schlumberger, the legendary jewelry designer known for the nature-driven pieces he conceptualized for more than two decades at Tiffany & Co. 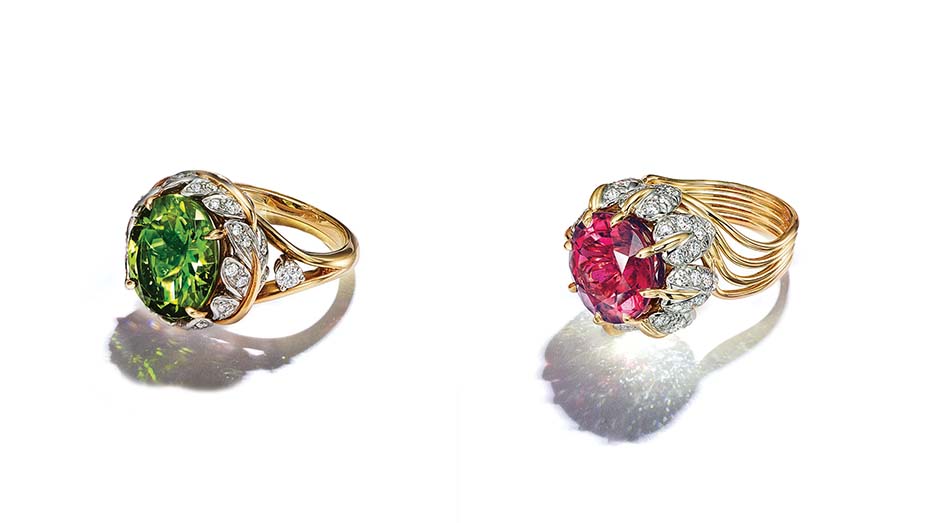 In late November, Louis Vuitton’s parent company, LVMH, purchased the famed Fifth Avenue jewelry house for $16.2 billion. Might the two rings on Williams’ fingers be making a statement about that new relationship? “Maybe,” Young says with a laugh. “I love jewelry almost as much as I love fashion, and I’ve always been really excited by Schlumberger. The colored stones and the gold and diamond combination is something that feels really modern to me, but also very precious and cool. So to me there is a really nice marriage happening there.” 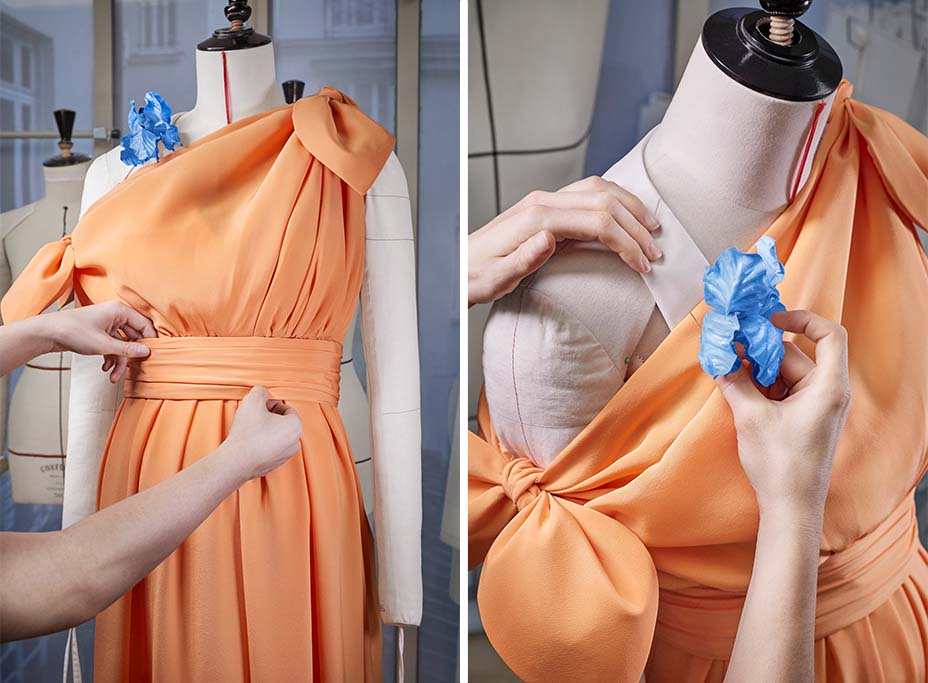 Williams’ look has been finished with gold leather sandals and a custom gold Dauphine clutch, both also by Louis Vuitton. And though for some this abbreviated awards season has felt rushed and hectic, Young says she and Williams have only enjoyed the process. “Nothing about it felt complicated,” Young adds. “Once we knew what we were doing, everything was pretty easy and straightforward. Michelle seems very happy, and she looks amazing. The whole process has been really positive.”