Nicole Pollard’s clients don’t do the red carpet. And fashion shows? “They find them boring,” says the Los Angeles-based personal stylist from the backseat of a Mercedes gliding through Paris after the March 3 Dior show at Musee Rodin. The fashion shows are “worth every second — but honestly, they’re a total shit show, and my clients are used to elegant lifestyles.” Pollard’s discreet client roster of billionaires and multimillionaires includes more than 100 “heads of state, royal families, studio heads and business people” on every continent, with a large contingent from the Middle East — but no Hollywood stars. These are fashion consumers who buy (not borrow), think nothing of dropping $1 million on clothing per season or purchasing every single runway look from a designer show.

“My client list has exploded as technology has exploded,” says Pollard, 37, referring to the use of iPhones, WhatsApp, iCloud photo-sharing and Instagram to work with clients anywhere in the world. The L.A. native, who started her LalaLuxe personal shopping and styling business 10 years ago, shops the fashion runways and showrooms, pounding the pavement in her Louboutins to find the season’s must-haves on her clients’ terms, including Alexander McQueen clutches with knuckle clasps, silk coats by the Row, Chloe denim and Elie Saab gowns. 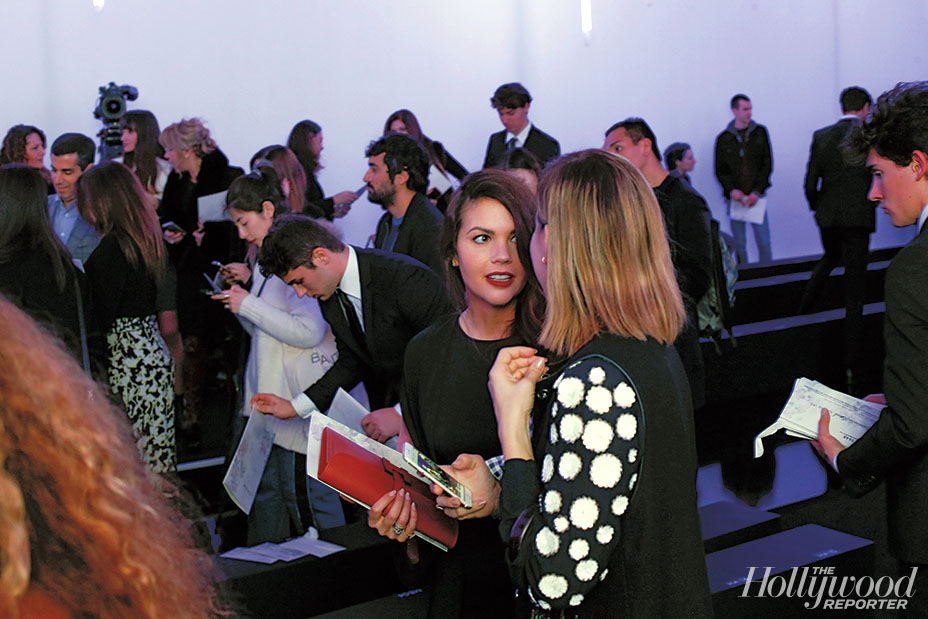 Not that she’s roughing it. Her Paris trip for the fall 2017 ready-to-wear shows — she goes to the city four times a year — started with Air France business class and a speedy egress to a rental apartment on the Right Bank, where, as soon as she arrived, the wining and dining began: roses delivered to the room, dinner at the trendy Monsieur Bleu, shopping on Avenue Montaigne and lunch at L’Avenue, all arranged by Dior’s client-relations division. Throughout the week, there would be multiple floral deliveries from fashion houses, handwritten notes from designers (“Thank you so much for the support,” wrote Alexander McQueen’s Sarah Burton) and such gifts as scarves and wallets.

This trip, which she undertook for 10 clients (“serious buyers, clients who do not need to try on clothes, the brand collectors”), resulted in a multimillion-dollar spend, paid out by Pollard, to be reimbursed. The rest of the year, she is compensated at a rate of $400 an hour, or a retainer, but in Paris, she gets a 10 percent commission on what her clients buy. With any single design house, she might place a $25,000 to $1 million order, depending on the season.

Paris Fashion Week: 5 Takeaways That Were the Talk of the Front Row 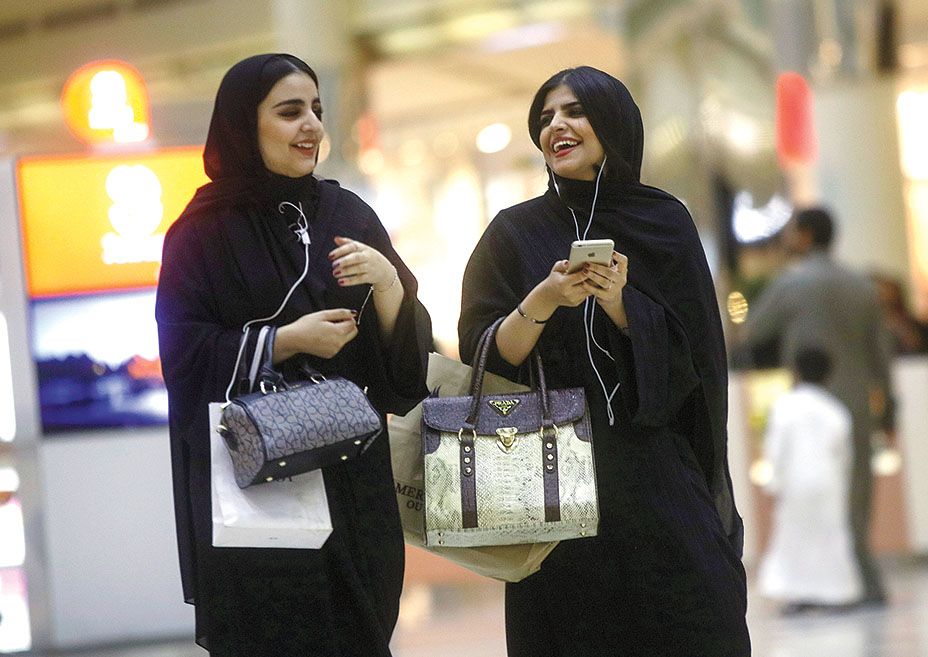 “I see a runway show, I shoot it for my social media and then I stay up all night making iCloud photo albums. Each client has an album of what I think suits them from each designer from the collection and the showroom.” She includes details like beading (“so they can know why it costs so much”) and necklines (“which can be closed to be more conservative”). Pollard’s commentary guides clients’ choices: “Runway photos don’t capture the essence of the clothing,” she says, sipping champagne at a Dior aftershow reception at La Reserve, just off the Champs-Elysees. “I can say, ‘The way this dress folded like origami will really accentuate your waist.’ ” Clients register what pieces they’re interested in, and she places orders in designer showrooms in the days and weeks following Paris Fashion Week, functioning as a personal, private mobile store, without the overhead of bricks-and-mortar or an e-commerce site.

The daughter of an artist mother and a blueprint-drafting father, Pollard had no fashion training other than accompanying her grandmother on bargain-hunting trips to Loehmann’s near the Beverly Center. She started LalaLuxe while working as a secretary at a private school — her first clients were mothers of students — and she began offering shopping tours through the Four Seasons, where she landed her first high roller. After being exposed to the phenomenon of celebrity stylists, she realized there are nonstars who want the same service. “To be able to walk into the biggest brands in the world and get hooked up with the VIP dressing divisions gave me access I never would have had coming from someplace” that wasn’t in proximity to Hollywood, says the Mandeville Canyon resident. She adds that her business started booming during the 2007 global economic downturn, in part because the rich wanted to spend more quietly: “They are very private; sometimes a brother doesn’t want a sister to know he’s working with me.” 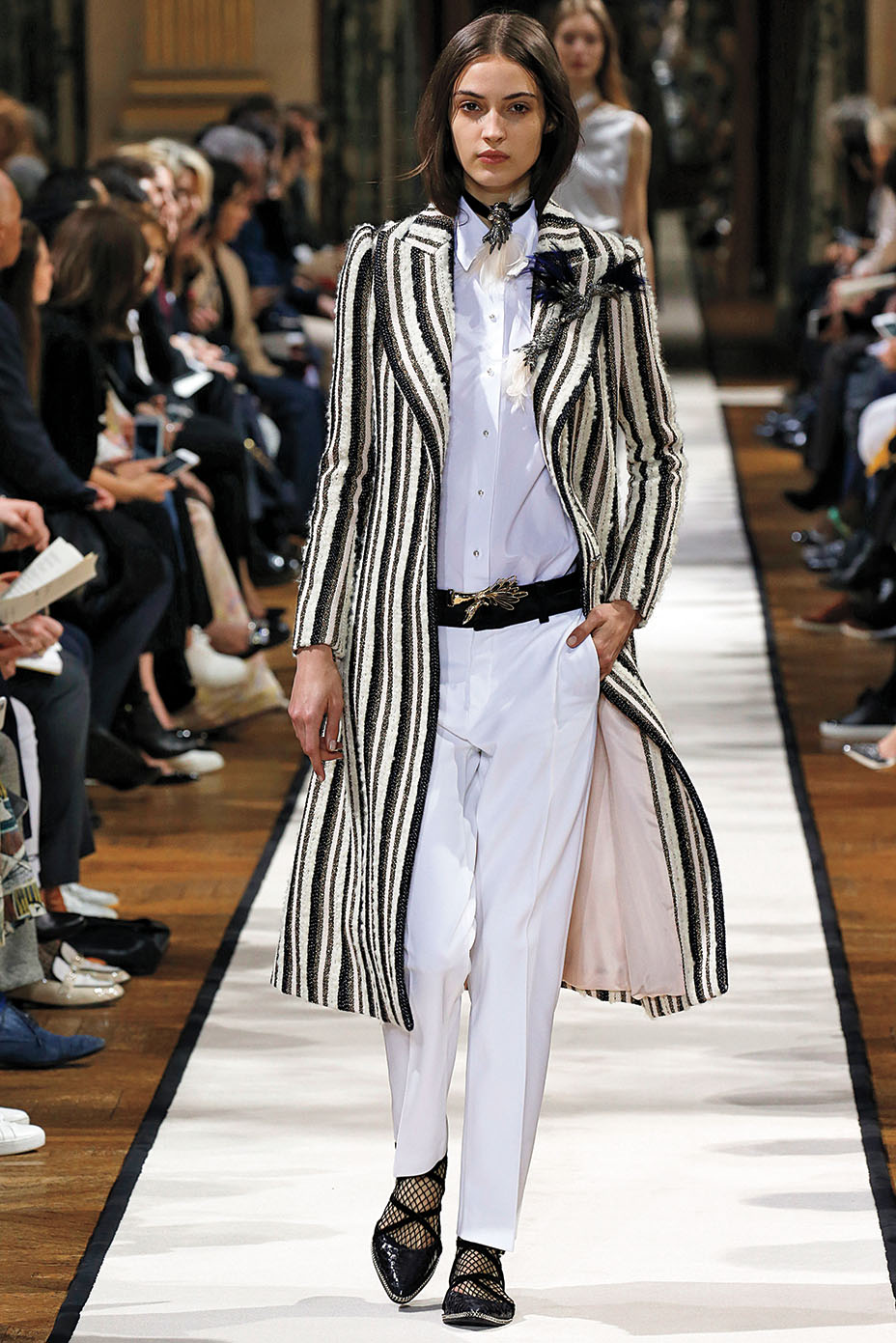 Her clientele, particularly high-net-worth Gulf clients, have specific likes and dislikes that run counter to red-carpet trends. The hats on the Dior runway are shoo-ins. “My clients love accessories,” she says. But the pieces with embroidery, a huge standout at premieres and awards shows in 2017? Not so much. “Not just in the Middle East, but a lot of my clients from Eastern Europe or any countries where there is a lot of embroidery in their own culture don’t tend to buy those pieces in Paris,” she says. “I had a client from India whom I was trying to sell on sequins, and her saris at home were way more beautifully embroidered than anything I could show her.” One of her biggest orders will be at Elie Saab, where she was seated in the second row at the show. “Money talks, so it matters how much I buy,” she says. “The person sitting in the front row buys the most. If I’m buying less, I’m in the second row, and it’s OK. I’ll live.”

Pollard styles mostly women, but also a few men (Brunello Cucinelli bespoke suits; streetwear by Fear of God and Off-White are favorites) and kids, too (Baby Dior is a must). She says her clients who wear abayas at home don’t require her expertise for in-country garb. “They feel a certain freedom wearing an abaya because it lets you wear your pajamas underneath, like a schoolgirl wearing a uniform,” she says. “But when they show up in L.A., they are in ripped jeans and cool sneakers; they walk off the plane like that.” 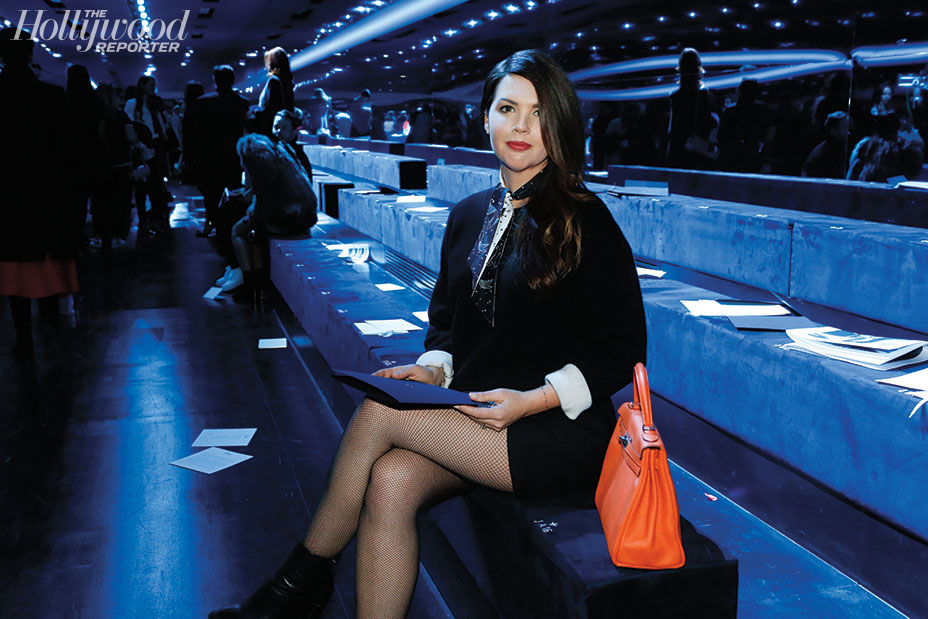 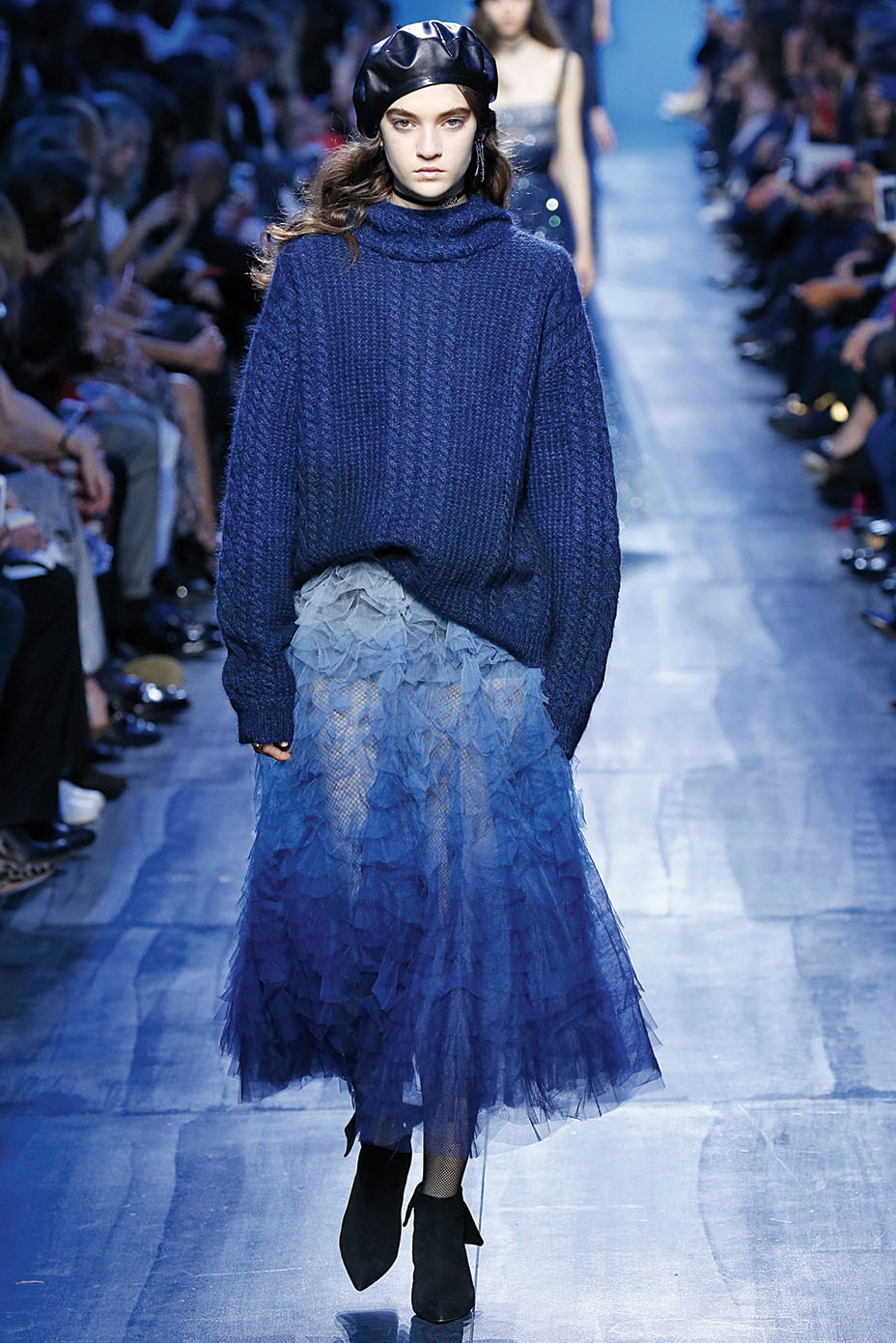 Client visits to L.A., which are becoming more frequent, necessitate bringing on additional stylists. Royal families travel with as many as 1,500 in their entourage, taking over the Beverly Hills Hotel, the Bel-Air and The Peninsula. “I work with my clients one-on-one, but there will be 100 middlemen … and the fleet of black cars is incredible,” Pollard says. “My favorite piece of jewelry from working with royals over the years is a Secret Service pin, but I can’t say from what country.”

The entourages want to shop, too. “I’ve had to charter buses to the Desert Hills Premium Outlets in Palm Springs, because the queen might be at Saks, but 1,500 others want to shop for their families,” says Pollard, adding that sometimes it takes a semitruck to transport the haul to the private Gulfstreams waiting at LAX. She takes clients to Rodeo Drive, South Coast Plaza, local boutiques Just One Eye, Maxfield and Elyse Walker, as well as to the Guess and Nike stores. Says Elyse Walker: “Her clients are unrecognizable, but unrecognizable are the best customers. She deals with the world’s most powerful people and makes it look easy. She knows what they want.” And as much as Paris runways matter to her clients, so does what fashion’s Instagram stars are wearing, says Pollard, wearily: “If Gigi Hadid and Kendall Jenner wear it, I get a call.” 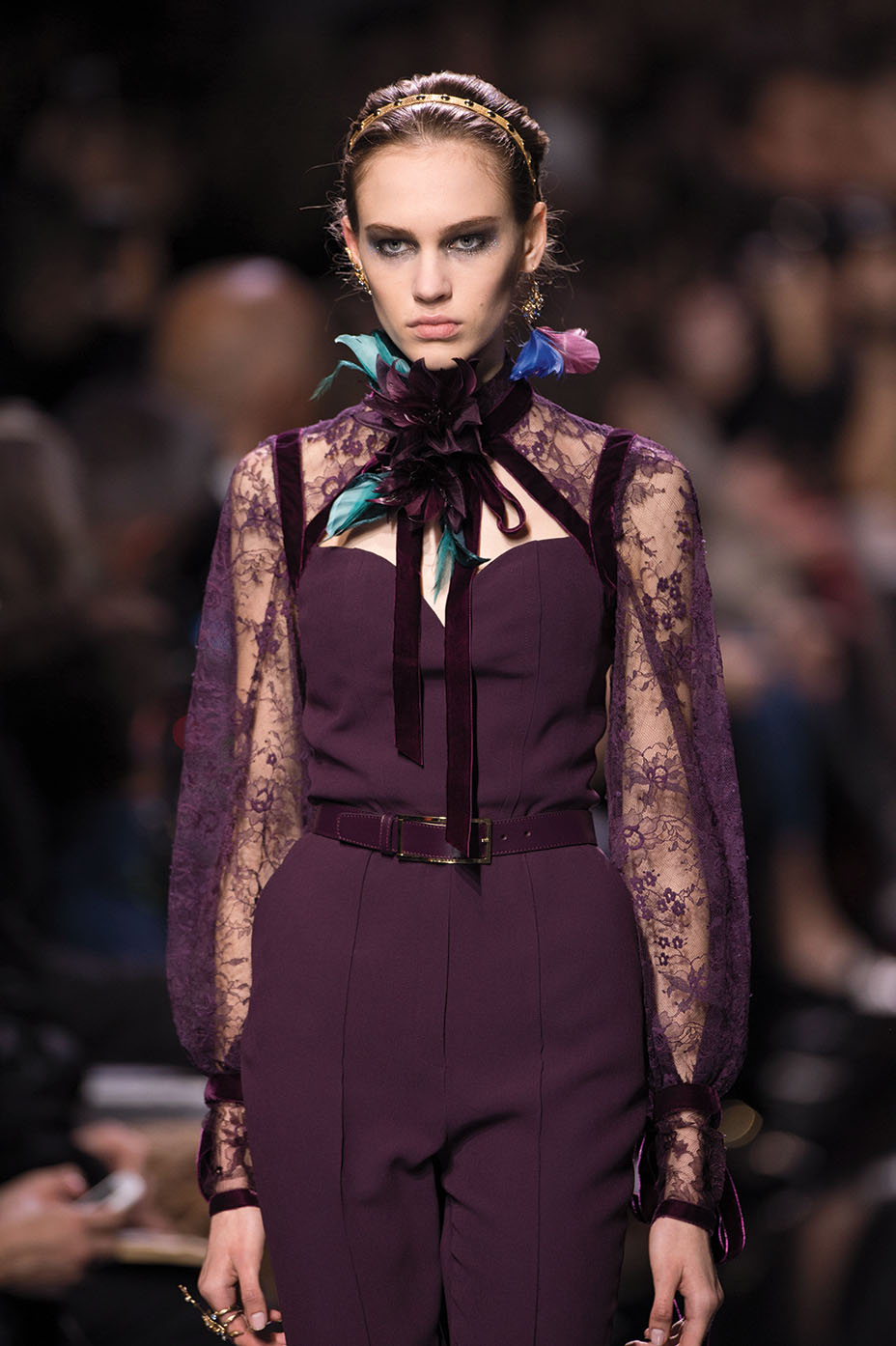 Who Keeps the Stylist? A Brief History of (Clothing) Custody Battle

Paris Fashion Week: 5 Takeaways That Were the Talk of the Front Row