The Otis College of Art and Design, which celebrates its centennial anniversary during this 2018-2019 academic year, has announced that its 37th annual Scholarship Benefit and Fashion Show will be held May 4 at the school’s campus in Los Angeles’ Westchester neighborhood. With a theme of “Limitless,” the program will showcase over 100 designs from junior and senior fashion students.

The school’s mentorship program, culminating in the annual show, has expanded during this academic year from costume and ready-to-wear designers to include celebrity stylists such as Bea “B.” Akerlund, who has worked with Lady Gaga, Beyoncé, Rihanna and Madonna.

“I have encountered many students throughout my career, but this is my first mentorship,” Akerlund told The Hollywood Reporter. “I believe it’s my duty to give back and inspire the younger generation, being that I am a veteran in this industry and I also have a huge passion for discovering new amazing talent. So what better place to mentor than Otis, where the heart of fashion begins?”

As for her top-line goals in impacting the careers of up-and-coming talent, Akerlund said: “My responsibility is to make the students think long-term (‘Can someone actually wear the pieces?’) and to help them pull back when they are trying to say too much. Sometimes it’s better to just go with one great idea and execute it to the fullest, as opposed to over-designing and risking the garment being tacky.”

Patrik Ervell, men’s designer for the L.A.-based fashion brand Vince, along with his colleague Debbie Sabet, an Otis College alum and design director of men’s wovens for the label, are also serving as first-time mentors this academic year to help prep students for the fashion show and beyond. (Sterling K. Brown, Liam Hemsworth, Daniel Radcliffe are among the stars wearing Vince.)

“We gave the students our brand direction and they designed into that,” Ervell told THR. “It gives them an opportunity to see what it’s like to work for a brand. L.A. and California are central to our identity. It’s our home turf — the top fashion school in L.A. — so we see ourselves having a responsibility to develop a relationship with these students.”

Veteran costume designer Eduardo Castro (known for his work on ABC’s Once Upon a Time and Ugly Betty) and Bao Tranchi (whose signature cutaway bodysuits and dresses have been worn by Jennifer Lopez, Gigi Hadid, Nicki Minaj and Alicia Keys) are among this year’s other mentors.

In addition, New York-based fashion designer Jason Wu has partnered with Otis College, the L.A.-based nonprofit Madworkshop foundation that supports socially conscious design projects, and the Costume and Textiles Department at the Los Angeles County Museum of Art to mentor 15 senior students with an aim of creating “uniforms for women that express an overall sense of equality and liberation,” according to a press statement from the school. 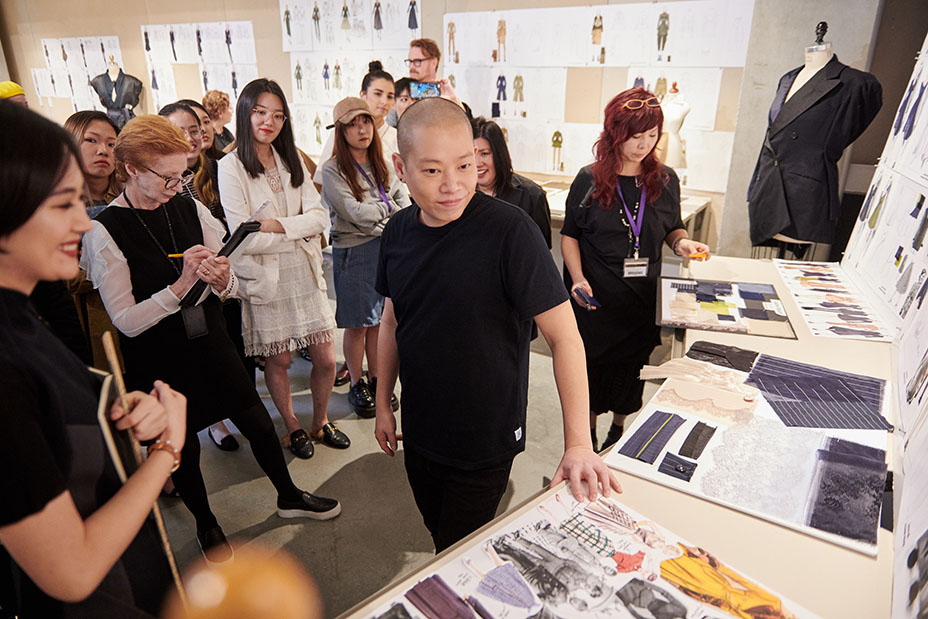