In the upcoming Netflix sci-fi series Altered Carbon (based on the popular 2002 novel), Joel Kinnaman plays a commando trying to survive against all odds. “In this future, you can store your consciousness in a chip. This technology has made it so that the billionaire class have now become immortals because they clone new bodies. And my character was part of a rebellion that got crushed,” says Kinnaman, 37, sitting in a cabana by the pool at the Hollywood Proper Residences, wearing his favorite watch, a Rolex Datejust with a black dial.

In the 2018 big-budget TV show, after his character is killed, he is brought back to life in a new body 250 years later by one of the ultra-rich overlords. “I have two choices. Either go back to oblivion or work for my slave owner, because he owns my life.”

The actor’s treasured Rolex has a survival tale as well. Kinnaman got turned on to collecting vintage Rolexes a few years back — “it was one of the first things I did when I felt like I actually had a little money,” he says — but the timepiece on his wrist is the only one he has left. “I just lose shit. I can’t hold on to things. After losing three of them, I was like, ‘I’m not allowed to have expensive things anymore.’ I forget everything except my lines.” 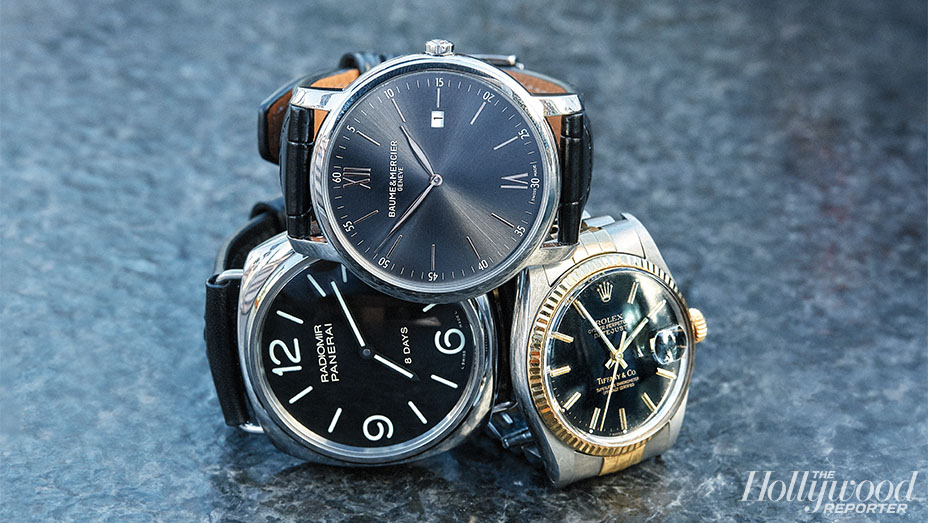 He still misses one lost beauty in particular. He grabs his phone and brings up a photo of an unusual gold Rolex with a rich brown dial made of burl wood. “It’s sick, right?” he says. The watch on his wrist — which he purchased at Wanna Buy a Watch?, a vintage timepiece boutique in West Hollywood, as a birthday gift to himself five years ago — “was a good one not to lose because you can go anywhere with it. It’s discreet but still a little flashy, because it’s got a little gold in it,” he says of the early ’80s model with Rolex’s signature Rolesor gold-and-steel bracelet.

Kinnaman attributes his propensity for misplacing watches to a rootless “gypsy life.” The actor, the son of a Ukrainian mother and American father, was born and raised in Stockholm. After coming up through the ranks in Swedish film and television, he gained international recognition in 2011 when he starred for three seasons in AMC’s The Killing. Since then, “I’ve always been moving around,” says Kinnaman, who went on to lead roles in 2014’s Robocop and last year’s Suicide Squad and appeared in the most recent two seasons of House of Cards. His character, Republican presidential candidate Will Conway — who wears a statement-making Panerai — completed his arc at the end of the fifth season. (As to how star Kevin Spacey, who is being written out of the Netflix series for the final season under a firestorm of sexual assault allegations, conducted himself on set, Kinnaman declined to comment.) 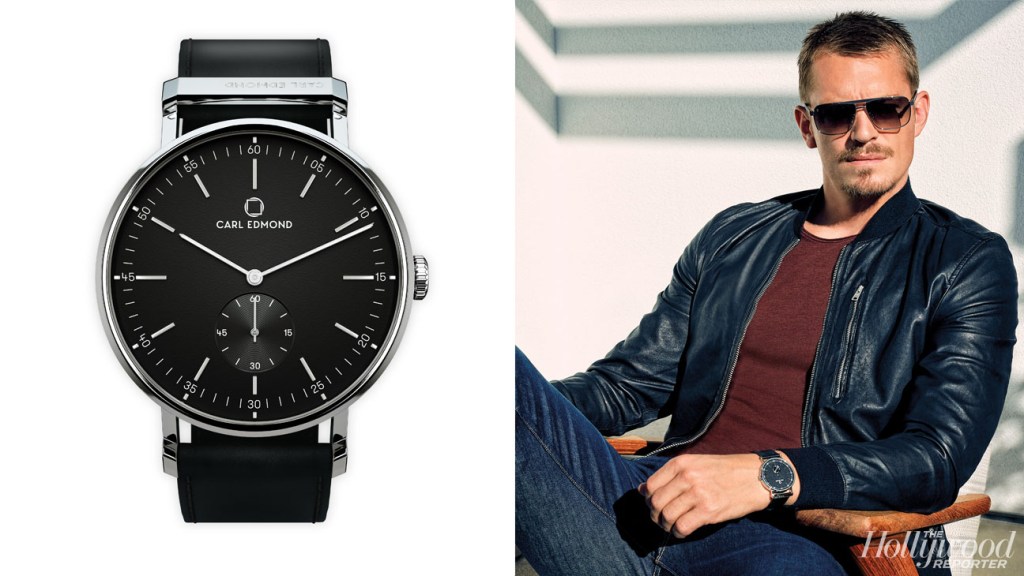 To satisfy an increasing appetite for watches, Kinnaman has been mainly borrowing timepieces for when he’s due on the red carpet, including an elegant 42mm Baume & Mercier Classima ($990) with a slate gray dial, which he wore to the Emmys in 2016; and Montblanc’s limited-edition 43mm Nicolas Rieussec Rising Hours Chronograph in gold (retailing for $30,000 when it was released in 2013), with an innovative off-centered time display, which he wore during the press tour for Suicide Squad.

“I loved that watch,” says Kinnaman, who is perhaps the only actor in Hollywood to become part owner of a watch company, Carl Edmond, a Swedish brand that debuted in April. Minimalist and affordably priced (models sell for $285 and $295), the watches are made with Swiss Ronda quartz movements. But while the pieces may be battery powered, the brand has gotten props from watch blogs for clean, easy-to-read design, courtesy of independent designer Eric Giroud, a well-known name in the Swiss watch industry who has done work for Harry Winston, Vacheron Constantin and Van Cleef & Arpels. “I decided to jump on board,” says Kinnaman, of being approached a year ago about becoming a Carl Edmond global ambassador. As part of the deal, Kinnaman was given a stake in the company. “I like the Scandinavian restrained design. It’s a perfect example of where less is more,” says the actor, who wore the brand’s Ryolit White Deluxe model to this year’s Emmys with his Ralph Lauren Purple Label tuxedo.

He also doesn’t have to worry as much if he happens to lose one of these less expensive watches. As is typical for him, Kinnaman spent most of 2017 on the road, filming Altered Carbon in Vancouver for 10 months. But the actor — who next year is expected to begin filming Suicide Squad 2 — is settling down. Last year, he bought a 3,300-square-foot contemporary house in Venice and married Swedish tattoo artist Cleo Wattenstrom (a mandala designed by her graces his left upper arm). Most days, when not working, he can be found surfing and training in jiujitsu. It may be high time for him to rebuild his vintage watch collection, too. “Now that I’m actually rooted down, I have a place for them.” 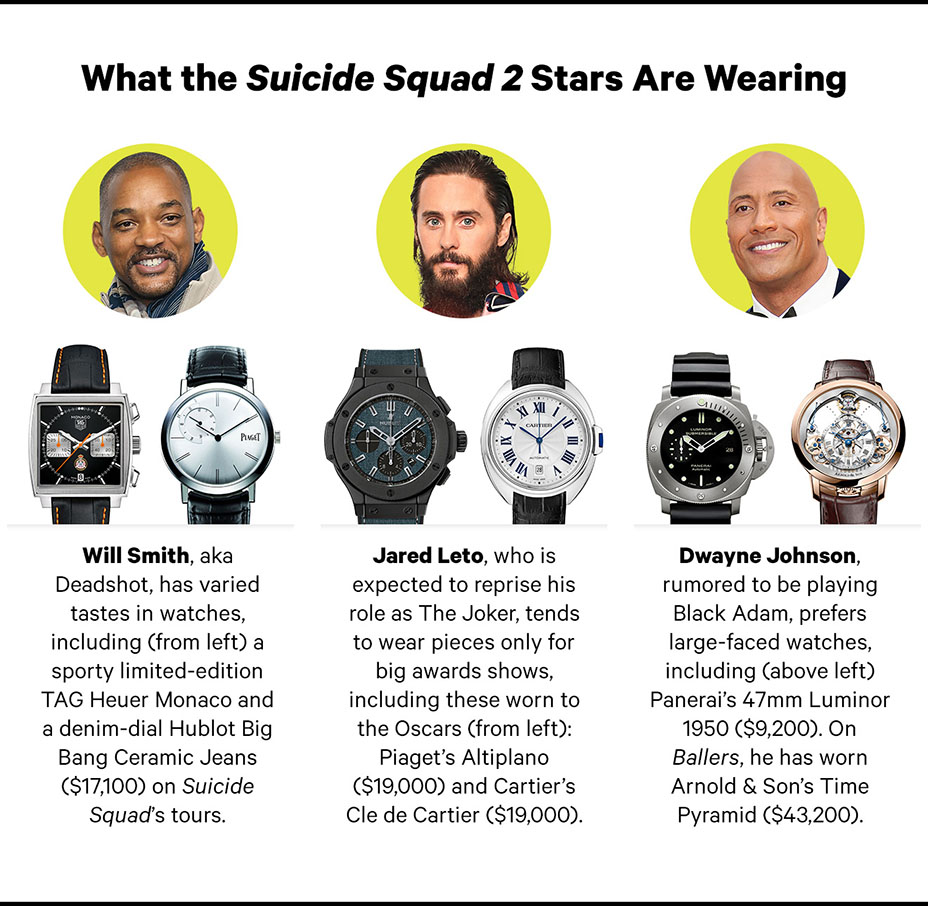 How Paul Newman and George Clooney Made Watches Sentimental