Sunrise Ruffalo (married to actor Mark Ruffalo) is bringing a little bit of the Catskills to Los Angeles. Her upstate New York-based home and lifestyle boutique Sunny’s Pop (where Julianne Moore and Jenna Lyons have shopped) has opened a shop-in-shop within the Zero + Maria Cornejo boutique on Melrose Place today through May 19, bringing her range of antique finds, tableware and decor to L.A. for the first time. 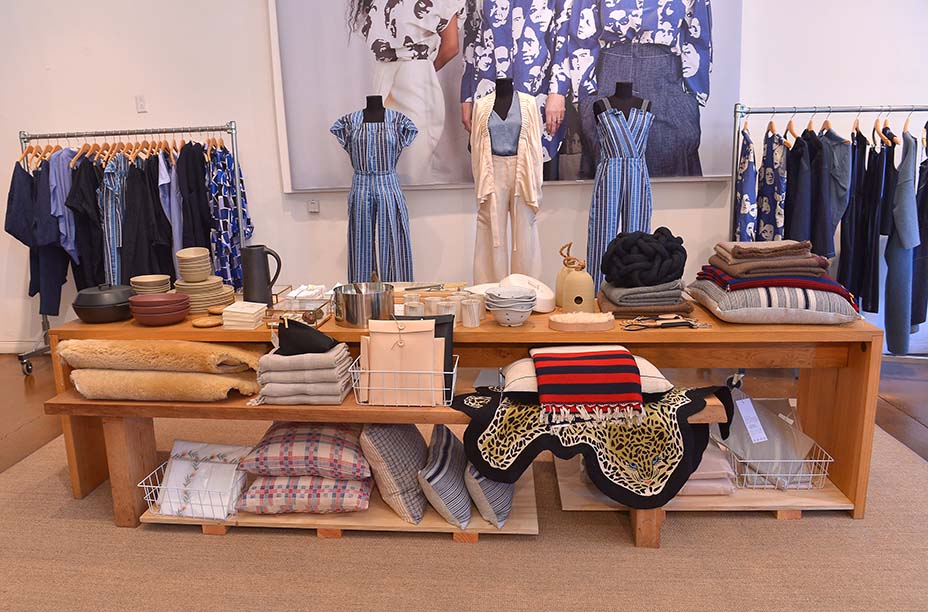 At the party, Ruffalo told The Hollywood Reporter that the Catskills and L.A. are not so wildly different: “There’s a similar mentality; people like to live healthy and eat well and have quality items. The cozy evenings, warm days, A lot of fire pits, backyards, outside living; It feels cohesive to what upstate New York is in some ways; like a sister city a little bit.”

“I love Sunny’s taste,” Cornejo told THR. “I love the store and buy quite a few things,” among them a Fleabag canvas tote that’s her go-to carry-on when traveling.

Sunny’s Pop opened a year-and-a-half ago in Narrowsburg along the Delaware River near the home of the Ruffalos, after popping up in Callicoon further upstream. In December, Jenna Lyons — a mutual friend of Cornejo and Ruffalo — hosted an invite-only pop-up at her New York City home.

The pop-up is stocked with L.A. best-sellers from the e-commerce shop, such as multi-purpose “throw beds” that fit right in with the al fresco California lifestyle. “They do love the blankets that we bring in, some of them are beautiful cashmere pieces from Kashmir and these Alpaca wool blankets made in Spain that come from this incredible monastery outside of Madrid,” she says. “You just have more room here, so I brought all the king-size sheets.” 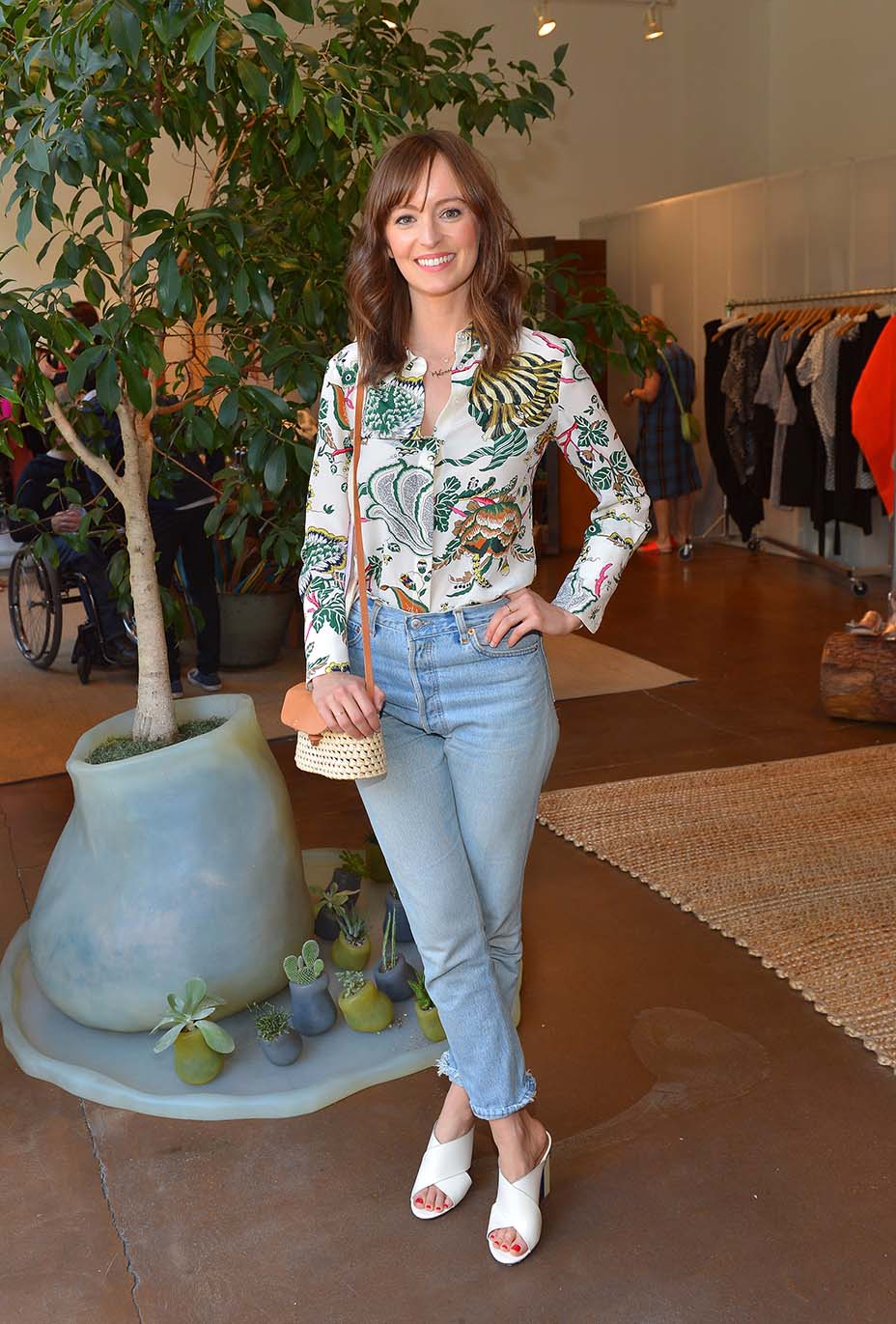 Adding to that comfort-minded mix are sheepskin rugs, a vintage meat carving set ($375), Egyptian cotton pillowcases with floral embroidery by Matouk, handwoven khadi napkins by Aunti Odi (which were among the first to sell at the party alongside minimalist tableware), colorful cashmere throws from Nepal ($983) and cut-out leather crossbody bags handmade in Albuquerque ($450).

One thing you won’t find? Sun-drenched colors fit for Palm Springs. “I’m bringing more of a moody palette; neutrals that aren’t necessarily white neutrals, they’re more like putties and beiges and tans and faun.” That’s evident in the glazed sculptures of pears and acorns ($200 and up) and the sleek ceramic espresso cups, mugs, bowls and plates by Philadelphia-based Felt+Fat ($24 to $62).

The pop-up is the first collaboration between Cornejo and Ruffalo, but both hope that it won’t be the last, given that they’re fans of each other’s work. The two met through mutual friends, but Ruffalo “first stumbled upon Maria’s clothing when she had a little store in the Nolita section of New York City maybe 15 years ago,” she says. She still remembers her first purchases from the designer, including a ruched gray dress and some of her earlier bubble dresses.

We’re so excited to welcome Sunny’s Pop to our #LosAngeles community! The upstate New York, lifestyle store, created by our friend Sunrise Ruffalo, is making its West Coast debut with a month long pop-up inside our #MelrosePlace store. The in-store residency includes a special curation of gorgeous essentials, gifts, jewelry, home accessories and more. Don’t miss it! #SunnysPop runs from April 18th through May 19th exclusively at #ZeroMariaCornejo – 8408 Melrose Place.

“I’m excited to co-host and share the love and especially support other women, so we’ll keep trying to figure out ways to collaborate,” says Cornejo.

Though Cornejo only makes the trek west about once a year — Venice and the cult-favorite clothing store RTH owned by designer and friend René Holguin are always must-stops for her — Ruffalo hopes that future L.A. events will bring her back to her former city. (The Ruffalo family decamped from L.A. for upstate New York about a decade ago.)

“I was a Valley girl — I would go to Ralphs in the Valley,” she admits. “I was full on Valley before the Valley was cool. There’s no shame in my game.”

Ruffalo’s other must-visit stops in L.A. include MedMen and Schindler House. 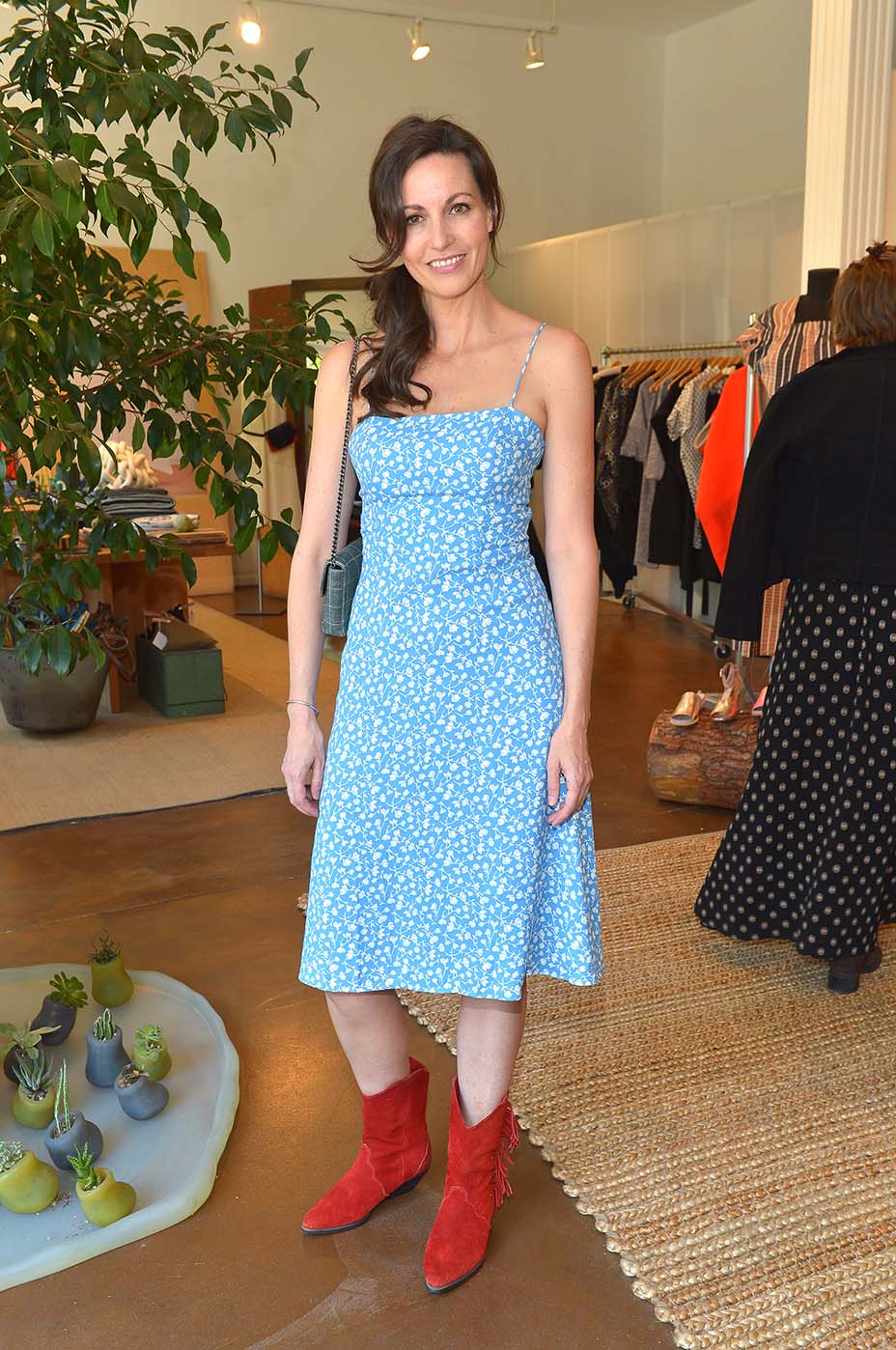