“I joke that I left swimming with the sharks at ICM to go swimming with actual sharks,” laughs Pier Nirandara, underwater photographer, YA author and — after taking a nearly yearlong break between jobs to dive around the world — director of development, international content, at Columbia Pictures. “If I can face a shark head-on, Hollywood doesn’t seem so daunting.” The Thailand-raised, PADI-certified (Professional Association of Dive Instructors) rescue scuba diver is certainly not the only one in the entertainment industry obsessed with exploring the great unknown of the world’s oceans (see James Cameron, Tom Cruise and Nina Dobrev), but she’s the first to formally launch a Hollywood club dedicated to it.

“It’s not as common as, say, people who play golf, but we’re definitely around,” says Nirandara, who recognized a shared passion among other execs during meetings and industry events. As of mid-December, she’s bringing together divers — including FMM Productions’ Matt Groesch, ICM’s Andrew Murphy and Hodson Exports’ Morgan Howell — to create a community where members can find a dive buddy and go on excursions both local and far-flung. “Once you’ve dived with someone and all goes well, you have this bond you’re not able to replicate in other situations,” she says. Hollywood Divers (the name is a work in progress) “is really about building and forging that community and creating a link between these two worlds.”

July’s sardine run in South Africa, known as the “blue Serengeti” with a plethora of marine megafauna, is the first major trip Nirandara has planned for her club. It’s been one of her most memorable adventures thus far: “You swim with 90 percent of large animals underwater, watching them feed — it’s total Blue Planet action, absolute insanity. It blew my mind.”

Howell, vp production and development at Birds of Prey screenwriter Christina Hodson’s production company — who was PADI-certified as a beach-loving kid growing up in Calabasas — bonded with Nirandara over their shared love of the ocean a few years back. “I’ve always worked in studio movies where our entire job is to create new worlds for people. My favorite world, literally, is underwater. Diving for me is my comfort and sense of peace. It’s an untapped landscape I love to visit,” says Howell, who always carries a mesh bag with her underwater to collect floating trash. “It’s a really great juxtaposition with the round-the-clock crazy momentum of Hollywood.” 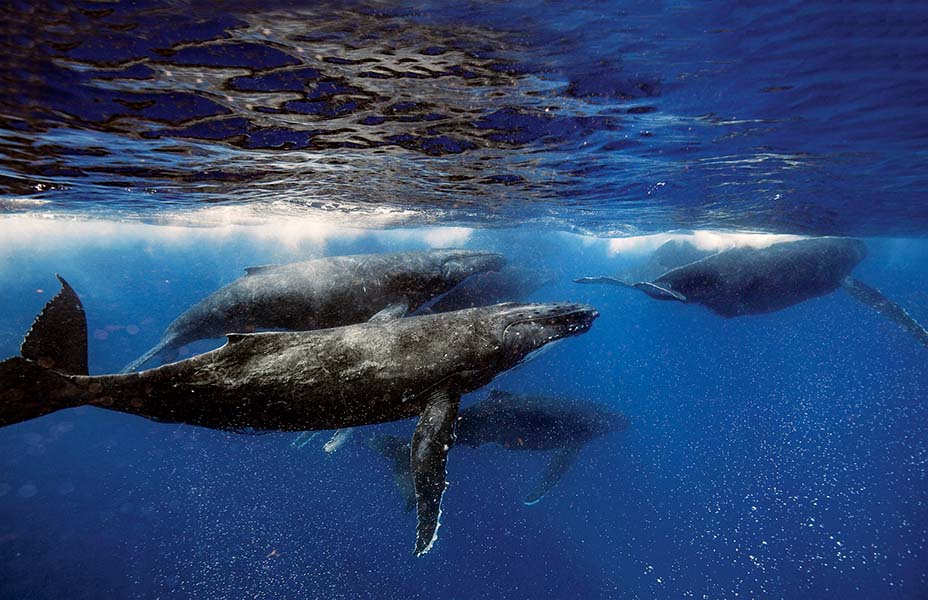 Howell’s 2019 honeymoon was based around diving with humpback whales in French Polynesia during which she had a close encounter — like 6 inches close — with a curious two-and-a-half-ton calf who just wanted to play. “It was the most magical and most humbling experience I’ve ever had,” she says. One of Nirandara’s all-time highlights was seeing 20 humpback whales — 19 males and one female — performing a “heat run” mating ritual in Tonga “like underwater missiles heading toward you, singing and booming, and your body is vibrating from their sounds. It would be unreal to have that kind of experience and afterward not care about conservation and these animals.” Adds Scott Rudin Productions creative executive Patrick Wengler, another member of Nirandara’s new club: “Diving pulls back the curtain to a huge, complex world below the surface. It’s one of the only locations you can feel like a visitor on your own planet.”

Although most assume diving is an adrenaline-fueled sport — and it can be, certainly, when mega animals are involved — those who do it agree that it can be highly meditative. Verve co-founding partner Bryan Besser (who is not part of Nirandara’s club) began diving 20 years ago and calls his underwater adventures away from L.A. “the only place I can go where no one’s talking to me and I can’t speak to anybody. So it’s this instant, beautiful silence. It’s an absolute moment of clarity.” 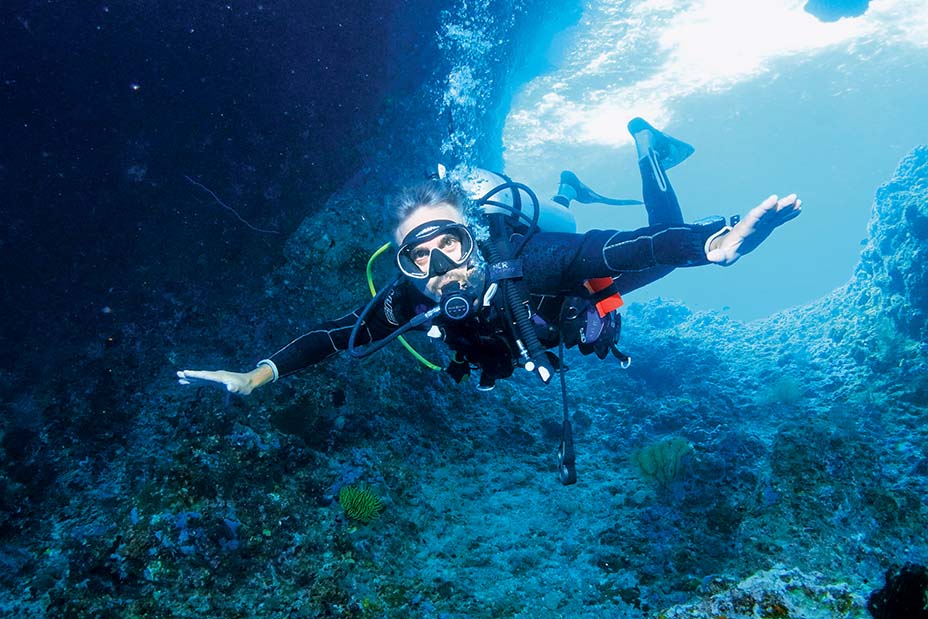 Last year, Besser traveled with conservation group WildAid to Misool Eco Resort in Indonesia’s Raja Ampat Islands, the planet’s most biodiverse marine preserve, that, at Cape Kri, holds the record for the most species counted (283) in a single dive. The NGO’s mission is to influence the Indonesian and Malay people, who for centuries have used more and more toxic fishing methods (like dynamite fishing) to become preservationists and guard the Manhattan-sized environment. “In Misool, you’re like, ‘This is what it looked like before mankind was here to fuck everything up!’ It’s so unspoiled,” says Besser. (One way to explore the area is by chartering, as a 2018 Oscar-nominated director did last year, the Prana by Atzaro, a traditional Indonesian phinisi-style schooner; the 180-foot, nine-suite yacht, with spa, open-air cinema and fine dining, is available December to April for $14,500 a night, pranabyatzaro.com.) 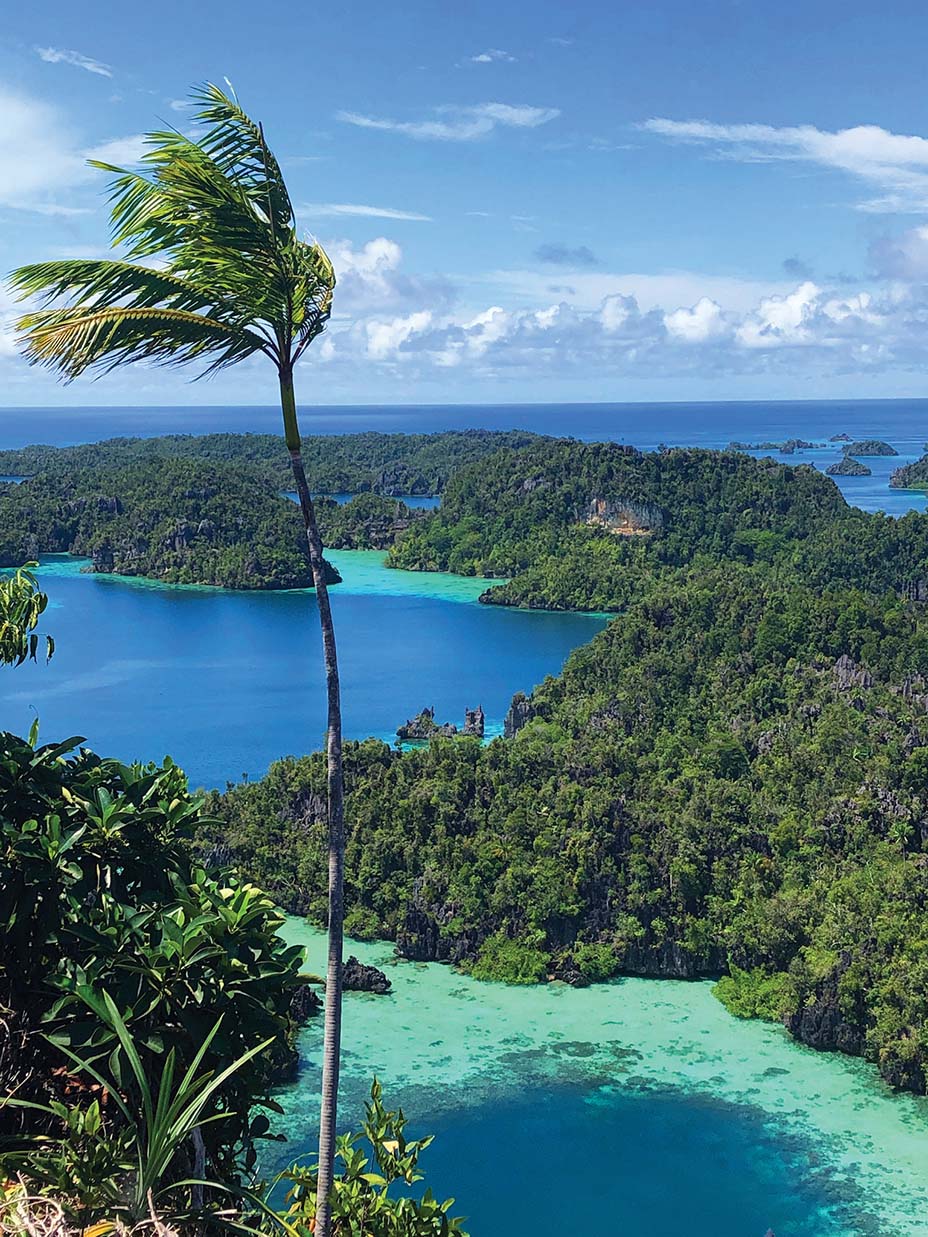 Increased perspective on work and life is a side effect. “The little things go away,” says Besser. “The trivial stuff that consumes us on an hour-to-hour basis, you laugh and go, ‘Wow, that is so unimportant.’ ” Hollywood and diving both involve a sense of high pressure, with the latter “teaching you to cope, rely on yourself and not freak out,” adds Nirandara. “It’s about acceptance of letting go, which a lot of Hollywood people are really bad at,” she says. Adjusting to changing depths, oxygen levels, equalizing pressure, using hand signals and keeping in mind an emergency game plan are some of the things Wengler says he juggles underwater, and all have their parallels in the office. “Maybe the common thread is: The work comes first, but don’t forget to look around once in a while and appreciate the view.”

Every diver has a bucket list, and for the past decade, Besser’s has involved checking off very specific sights, such as leopard sharks in Thailand, cenotes in Tulum (“The water is so clear that when you’re diving, it looks like you’re floating in space”) or walking sharks at Misool. “It’s the fucking weirdest thing — friendly, interesting aliens that walk on the reef. I feel privileged to have seen that and to know things like that exist,” says Besser, who also recalls once seeing a school of pygmy killer whales that surprised even the scientists on his boat. Such sights are a reminder, he says, “that we are small and insignificant to the universe. The ocean is this huge mythic beast that controls everything and you’re just visiting. I love that.”

Stella Vaccaro, set designer and art director for Jurassic World and the upcoming Godzilla vs. Kong, is also a PADI-certified dive instructor. She relocated to Kailua-Kona, Hawaii, in 2003 to have more opportunities for diving. (She’s not part of Nirandara’s club.) She says being a diver is a visual feast, as nature influences her design. “What diving has offered me as an experience is in many ways opposite of what I’m doing in film, and I love the contrast. In movies the job is to fabricate, with authenticity, an artificial world. In diving the world you immerse yourself in is about as real as it gets. You feel the surrounding new world around you as the water encapsulates you and all your senses,” she says.

While Nirandara has yet to work on any diving-related film projects, she says, “I’m always looking for stories that have some environmental capacity or social salience, or say something a little more about the world. Instead of doing a scary shark movie, how do we do a commercial film that deals with an issue that doesn’t vilify these endangered animals?” Adds Besser: “I like to believe this town is really about the power of imagination, and the diving is the energy, the fuel for imagination. We have this luxury of working with artists, storytellers, producers, writers, directors who are super creative and inventive, and that comes from life experience, from challenging ourselves, dreaming. Diving is the same kind of DNA. Every time I do it, it’s like the first time — you have that sense of nervousness and excitement.”

From Baja to the far-flung Maldives, these spots offer luxury amenities and unparalleled diving opportunities.

At the 141-room Four Seasons Resort Los Cabos at Costa Palmas — open since October on a 2-mile swimmable beach — the Adventure Concierge arranges tours of the UNESCO-listed Cabo Pulmo marine park via a 65-foot Hatteras yacht to see schooling jacks, Mobula rays, sea lions and whales. From $850 a night, fourseasons.com.

Whale sharks and manta rays are neighbors of the new Zadún, a Ritz-Carlton Reserve, a 115-room property with a massive spa and 6,000-square-foot Grand Reserve Villa. From $799, ritzcarlton.com. 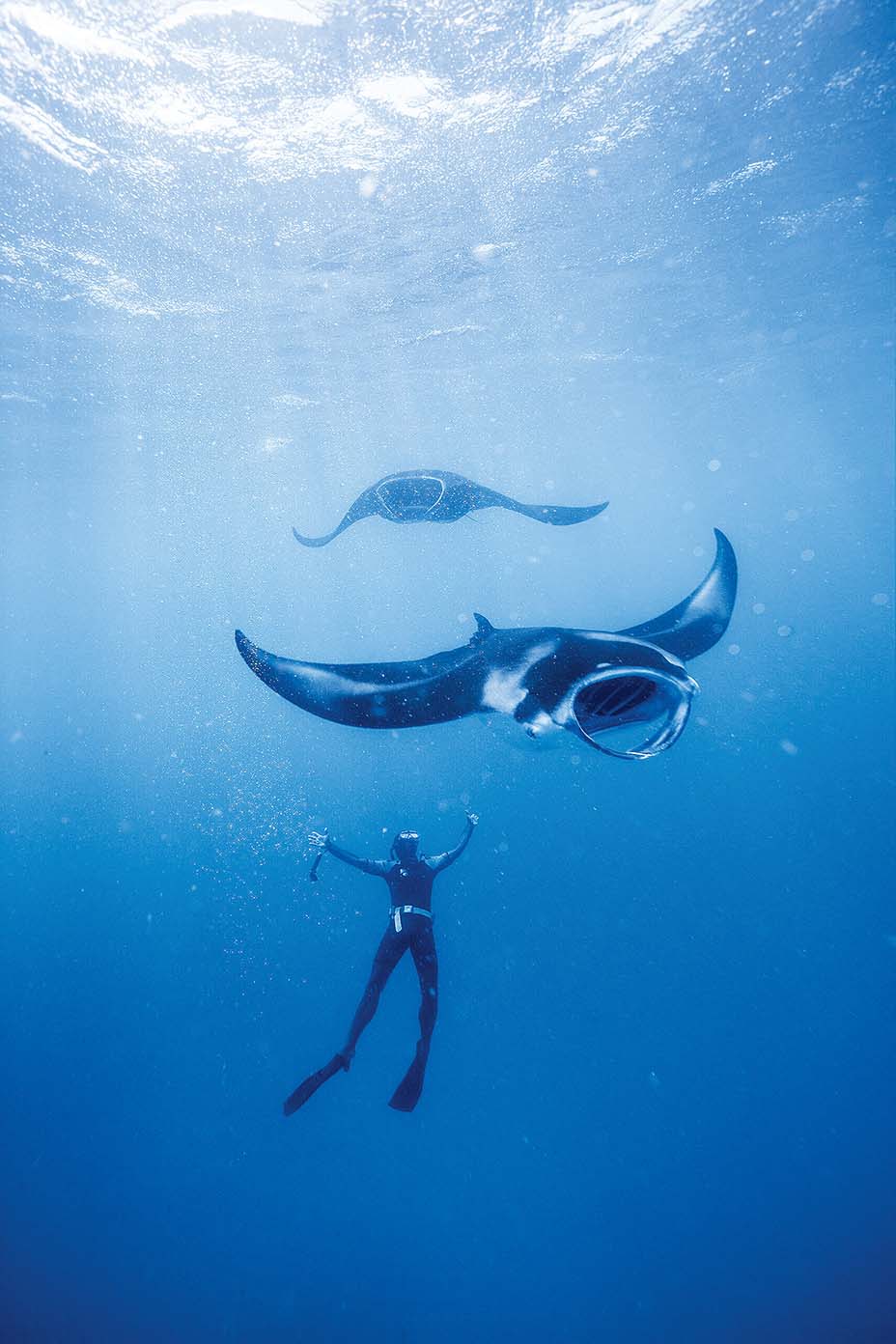 Kokomo Private Island Fiji is the closest luxury resort to the wondrous Great Astrolabe Reef. With just 26 spacious villas and residences, guests — along with a staff marine biologist — get coral gardens and caverns virtually to themselves. From $2,500, kokomoislandfiji.com.

The brand-new Waldorf Astoria Maldives Ithaafushi boasts 122 hyper-luxe villas, a two-villa private island with five pools, and 20 dive sites (including a trio of wreck dives) within a short boat ride. From $1,700, waldorfastoria3.hilton.com.