Everyone was asking Swizz Beatz about his suit — turquoise jacquard with satin lapels in chartreuse — but he wouldn’t divulge who crafted it. “Tonight is about a new collaboration, so I want to honor that,” he said. “My shoes are Bally, though, and the shirt is Bally.”

The rapper and producer also known as Kasseem Dean was celebrating the launch of Bally Collective, his partnership with the Swiss label, at a dinner Wednesday evening in the garden space at Ian Schrager’s recently opened Public Hotel. Roughly 30 pieces will arrive in Bally boutiques in October, though you’ll have to wait until then to see most of them; as images of fashion continue to saturate social media before products arrive in stores, both Dean and Bally prefer to keep consumers in suspense. 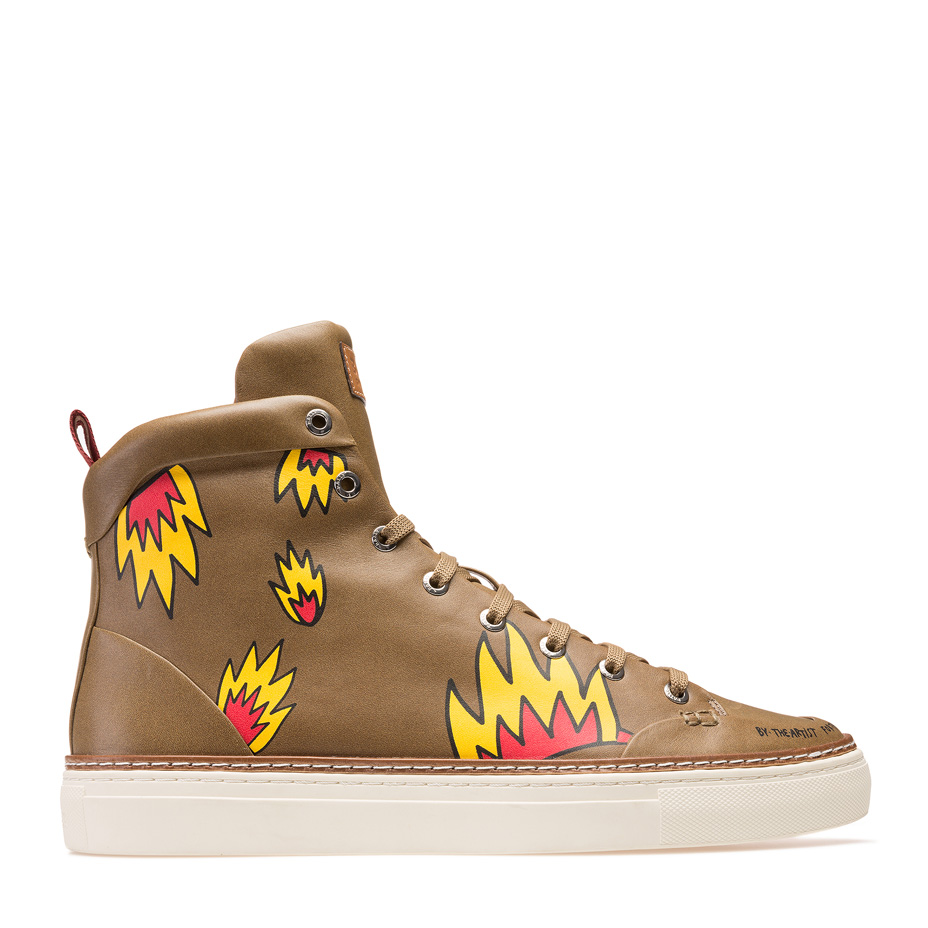 Just one product thus far has been released for publication, the high-top Hercules sneaker in caramel-toned leather and emblazoned with a flame design by Spanish artist Ricardo Cavolo, whom Dean met through his “No Commission” artists’ project with Bacardi. “It’s the perfect match of artistic collaboration and clean lines,” Dean said of the shoe. “Sometimes when people do collaborations with art, it’s too much. They go overboard, and it gets too crazy. The right proportions and the right lines are in this shoe.”

Why Bally? Dean said he liked the idea that the brand is the second-oldest luxury label still in operation (Bally was founded in 1851; only Hermès is older, having launched in 1837), yet it’s not as high-profile as other fashion labels that might immediately spring to mind.

“I always look for partnerships that I know nobody is really paying attention to,” he explained. “I realized Bally was being overlooked because a lot of other brands are out there making a lot more noise. And I noticed that Bally always stayed true to their quality, so what attracted me to them was consistency and quality. I knew what I could bring to the table, and when you mix their quality with my creativity, then you have a new baby.” 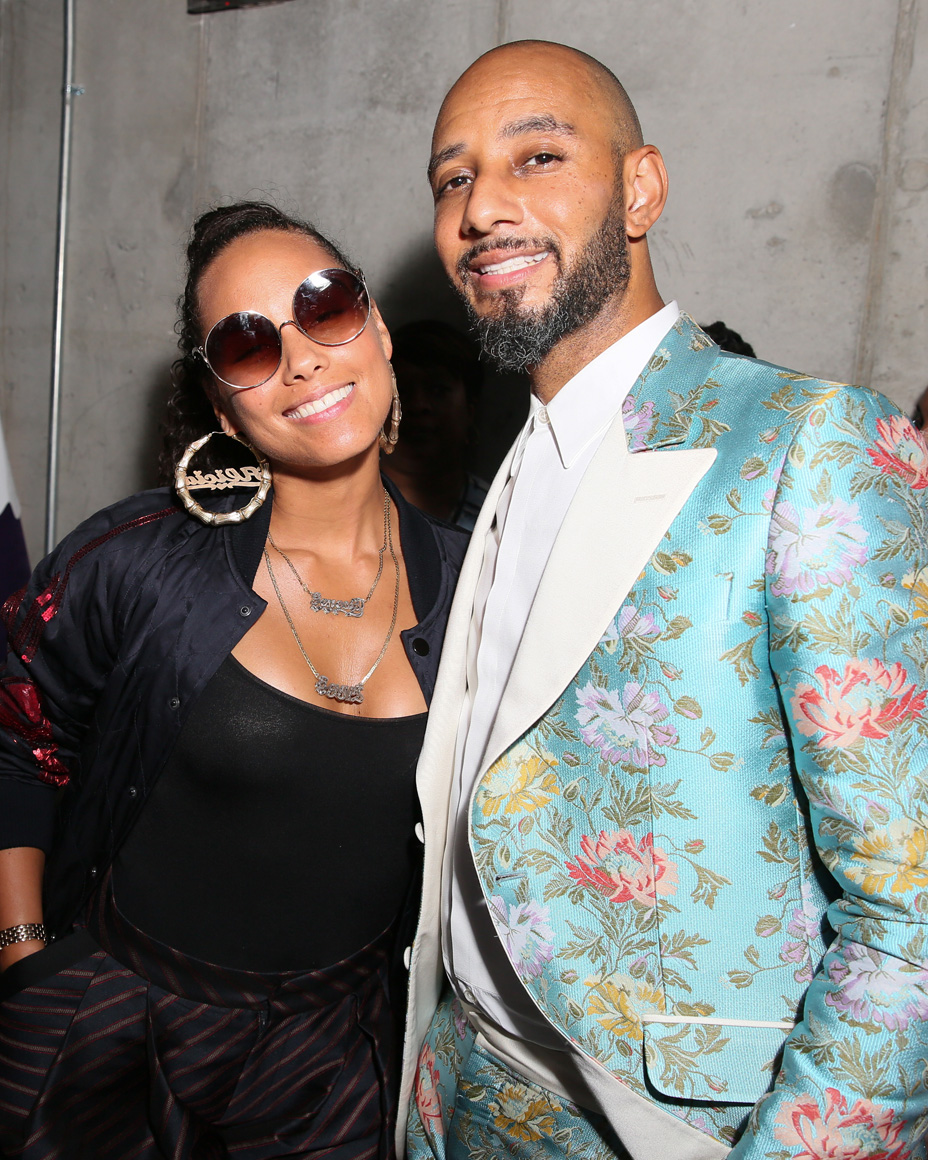 Dean became more aware of the brand after falling in love with its Ascona sneaker; he expressed his appreciation in a 2016 Instagram post, which kicked off a conversation with Bally CEO Frederic de Narp about working together. “Frederic was open-minded from the moment I met him,” said Dean. “He’s a very sharp guy who reminds me of James Bond. But his soul is also really pure and genuine, and for me, that’s the real connectivity, to have a conversation and realize that there are no ceilings with creativity. I always look for that.”

Bally CEO Frederic de Narp agreed. “We’re celebrating much more than a partnership; we’re celebrating a friendship. It’s a family affair here,” he said. “Tonight is the start of a series of surprises. You’ll see many more things happening between Bally and Swizz Beatz.” 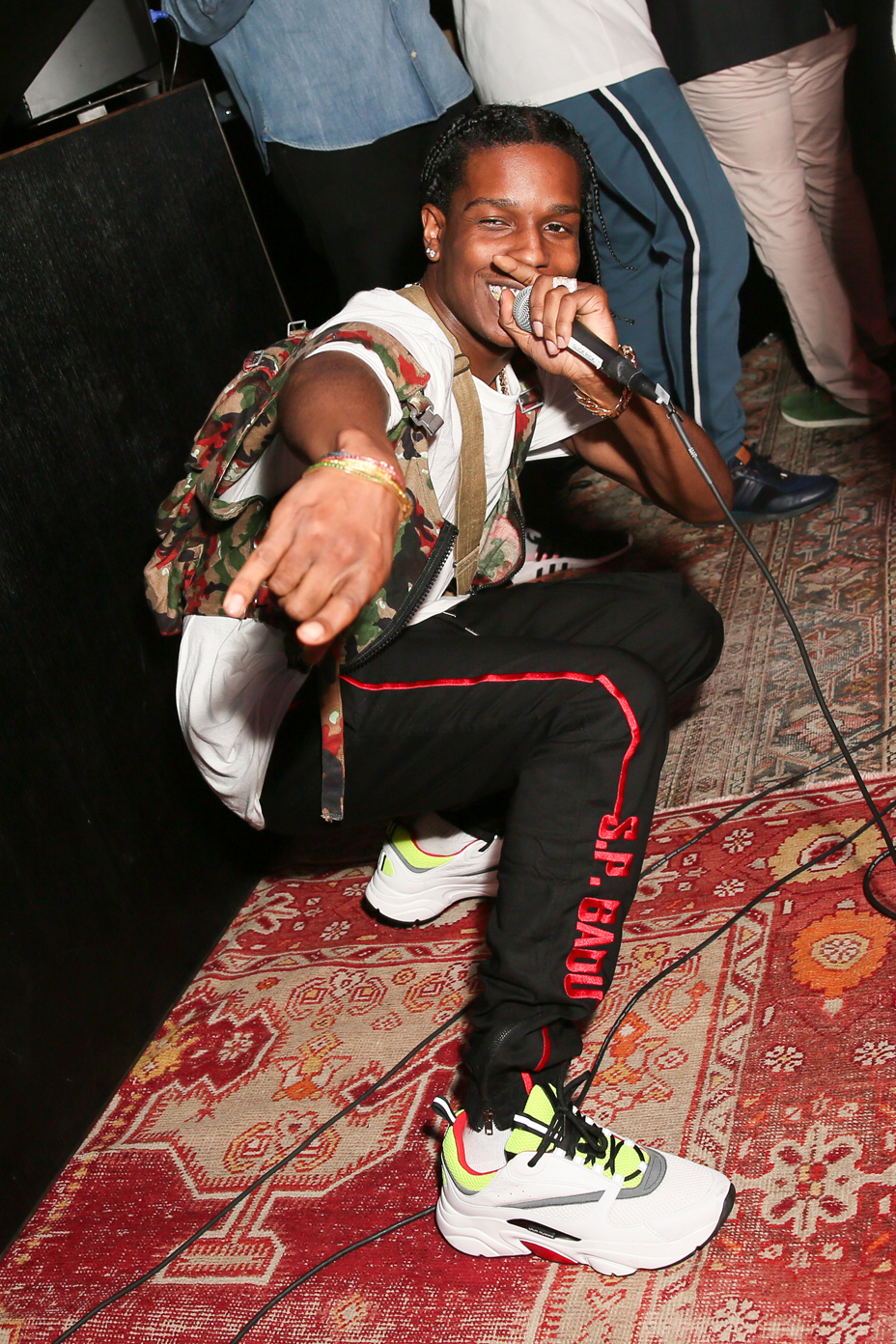 “Bally also has this great heritage with music,” Dean noted. “They didn’t just start it today because it’s a cool thing to do — it goes all the way back to the ‘80s, so to have Slick Rick and Doug E. Fresh performing tonight as an homage to Bally and an homage to them, that’s just a home run.”

This isn’t Dean’s first collab — past partnerships have included Reebok and Christian Louboutin — but his affinity for the brand offers a glimpse into the idea that Bally Collective could extend beyond 2017. “I’m really passionate about it,” he added. “I could talk all night about this.”