Grammy-winning record producer/rapper/DJ/entrepreneur Swizz Beatz (aka Kasseem Dean) exclusively told The Hollywood Reporter that he officially owns a stake in French fashion brand Faith Connexion (worn by stars such as Beyoncé, Jay-Z, LeBron James, Offset, Hailey Bieber, Ariana Grande, Taylor Swift, Christina Aguilera and Kanye West, who has a best-selling flannel shirt in the line named after him after he was repeatedly drawn to the piece).

“Jay-Z personally received a Faith Connexion parka from Swizz Beatz and then asked us to make Beyoncé a custom parka with their children’s names on it,” founder Maria Buccellati tells THR. 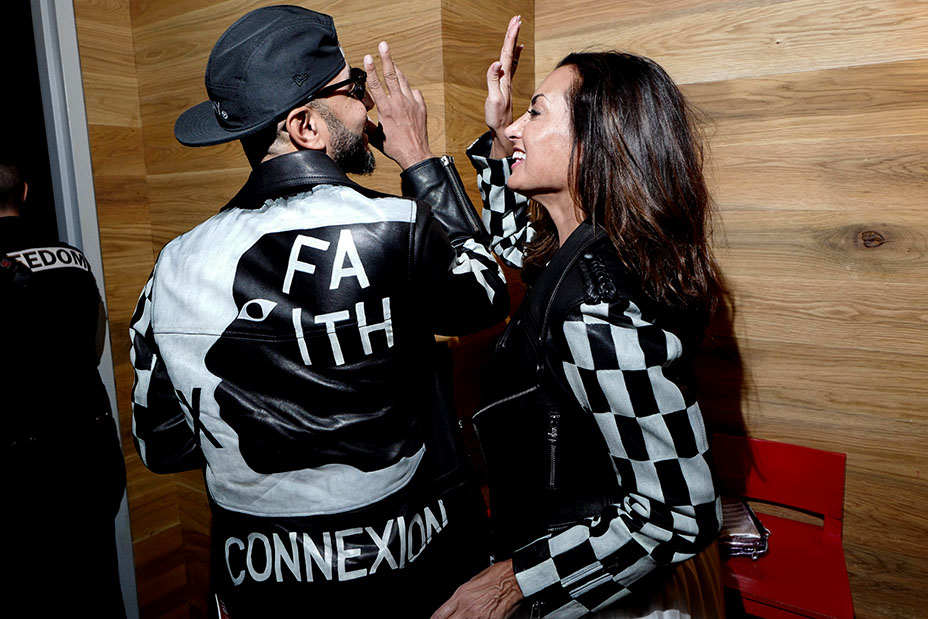 Founded in 2002, the label is known for its rock ‘n’ roll aesthetic and has long been helmed by a design collective until fashion designer Nikola Vasari’s appointment as the first creative director last September. The fall-winter 2019 collection, Vasari’s first showing during Paris Fashion Week in February, zeroed in on an easygoing “street couture” inspired by glam-rock legends Grace Jones, Lou Reed and Courtney Love in a mix of embellished minidresses and sharp-shouldered ‘80s-style pieces, heavy on sequins, leather, destroyed denim and cargo styling.

The collection maintains the fusion element that is intrinsic to the brand with collaborative designs by NTMB (Never Too Much Basic), Schott, The Rockins and KAIMIN. “By keeping our eyes peeled for any designer that fits our synergy and our ethos, we will continue to find designers and newcomers who are disruptive and innovative,” said Buccellati, while Vasari added that his music world dream partners include The Weeknd, Miley Cyrus and Lana del Rey. 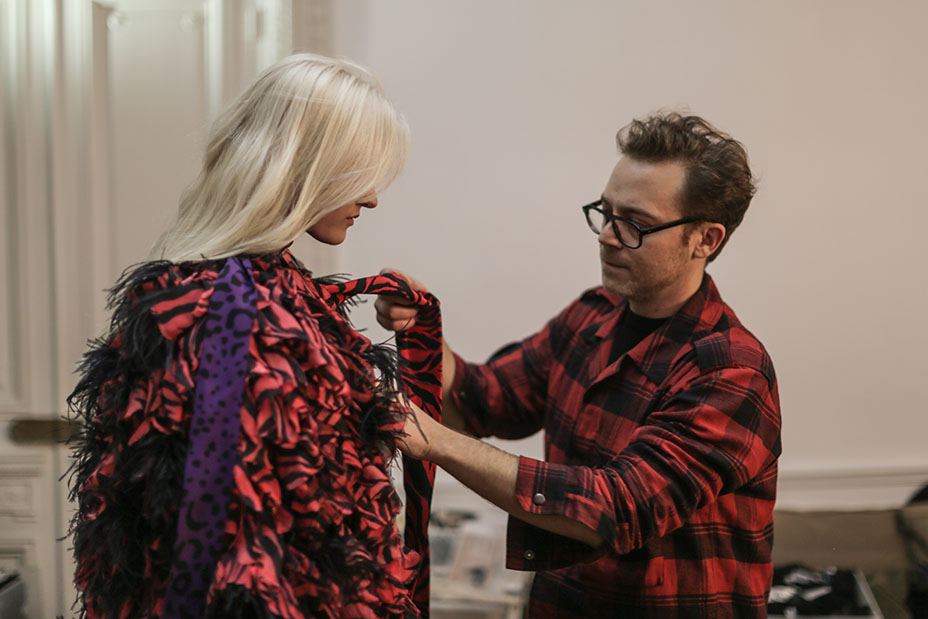 As a longtime friend of Buccellati’s, Beatz has been wearing pieces from the label for years as has his wife, Alicia Keys. (“The off-the-shoulder jacket is one of her favorite styles; she has it in many variations and it is an iconic style from Faith Connexion,” he told THR. “And she loves Nikola’s new sexy fluid [mini] dresses!”) But their partnership officially launched last year when Beatz created an 11-piece capsule line of T-shirts, hoodies, track suits and leather jackets featuring graphic-patterned designs by African-American artist Nina Chanel for the spring-summer 2019 Faith Connexion collection.

Chanel connected with Beatz through his “No Commission” project, a global platform launched in 2015 focused on giving independent artists greater visibility and accessibility by funding exhibition spaces where they retain 100 percent of proceeds to help democratize sales. And Beatz’s close affinity with Faith Connexion circles back to an art world connection: “It all clicked when I saw Faith [Connexion] was supporting emerging artists by allowing them to have residency at the Faith store in New York, where they had studio space at no cost, yet were able to charge customers for personalized pieces without Faith charging the artists, which is similar to what I do through ‘No Commission,’” he said.

“We share the same vision and passion for supporting emerging talent, allowing artists to express their creativity,” Beatz continued. “Faith is creative and involved in music, art, design and fashion. Faith is family to me and now, as a partner of the brand, I’m involved in curating the artists that collaborate with the brand — Nina Chanel being the first. My son Nasir [a rising-star model who also walked in the Louis Vuitton men’s fall 2019 presentation] walked the show in Paris, which was a no-brainer being that he thinks of Faith as his own fam!”

“Faith Connexion, for me, is the language that blends fashion, art and music into one,” said Buccellati. “We are creating a cultural vernacular that resonates with people with a modern wardrobe and ties the rock chic lifestyle to the luxurious Parisian streetwear aesthetic.”