The DVF brand has returned to “its iconic image and it’s ready to have a younger base,” Talita told The Hollywood Reporter during the daytime gathering. The 19-year-old was announced as the muse to her grandmother’s label last year and starred in DVF’s fall 2018 campaign. “The TVF [girl] is the same as the DVF woman: She’s sexy, in charge, on the go. She’s just not necessarily working a nine-to-five job, and she’s [involved with] school, [her social] life. She becomes the DVF woman as she ages and wants more appropriate clothes.” 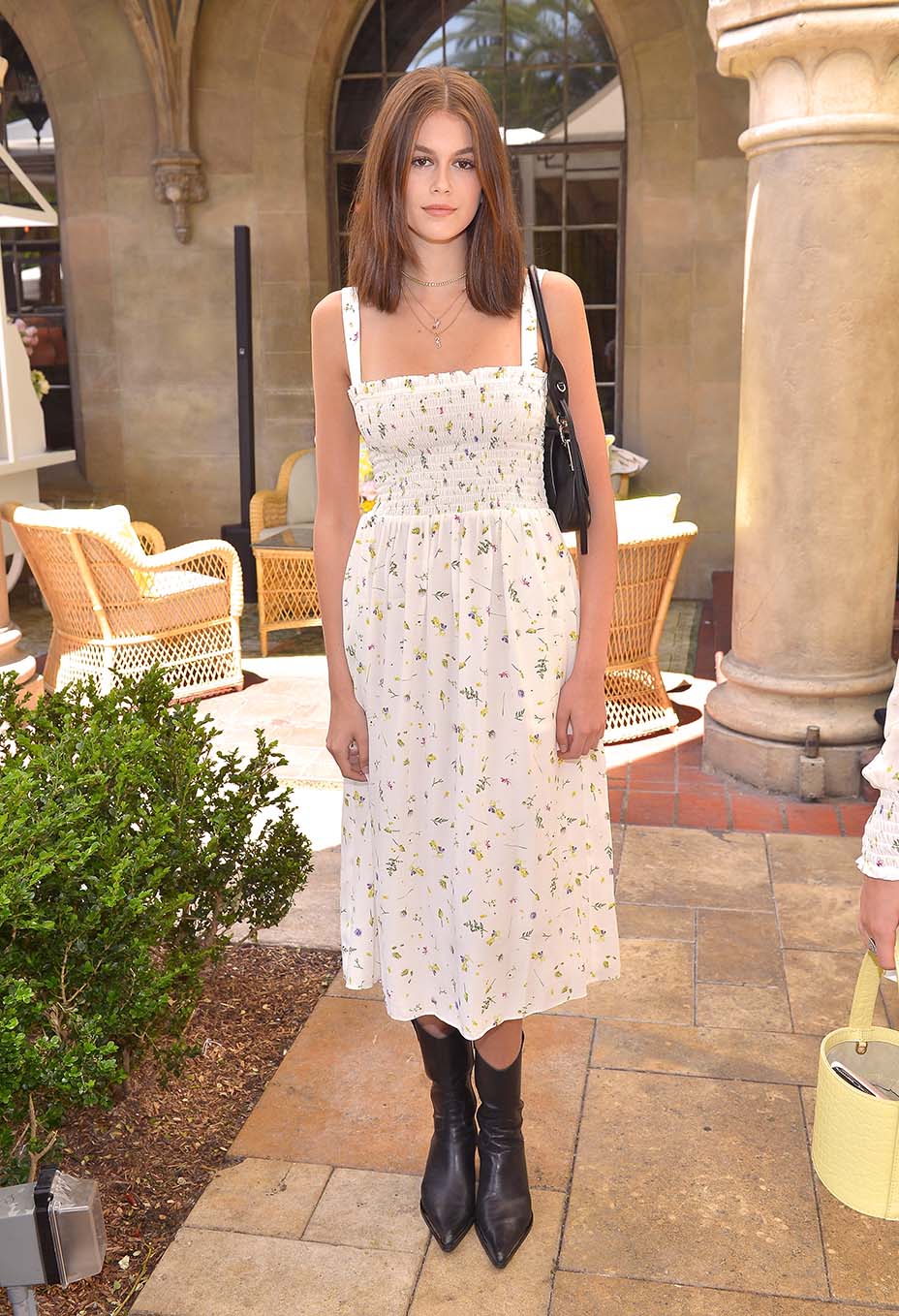 Those who came to support TVF for DVF included Kaia Gerber (who arrived in the Buttercup crepe smocked dress), Sofia Richie (who wore the Willow crepe crop top) and Ashley Madekwe (who sported the light blue Petunia midi dress), while Rachel Zoe and Kris Jenner (who chatted away with DVF) were also among the crowd of the von Furstenbergs’ close friends and family. Attendees also customized chic floral bouquets while singer Tabi Ellin (a high school friend of Talita’s) crooned covers of Bill Withers, Kid Cudi, Fleetwood Mac and Blackstreet. 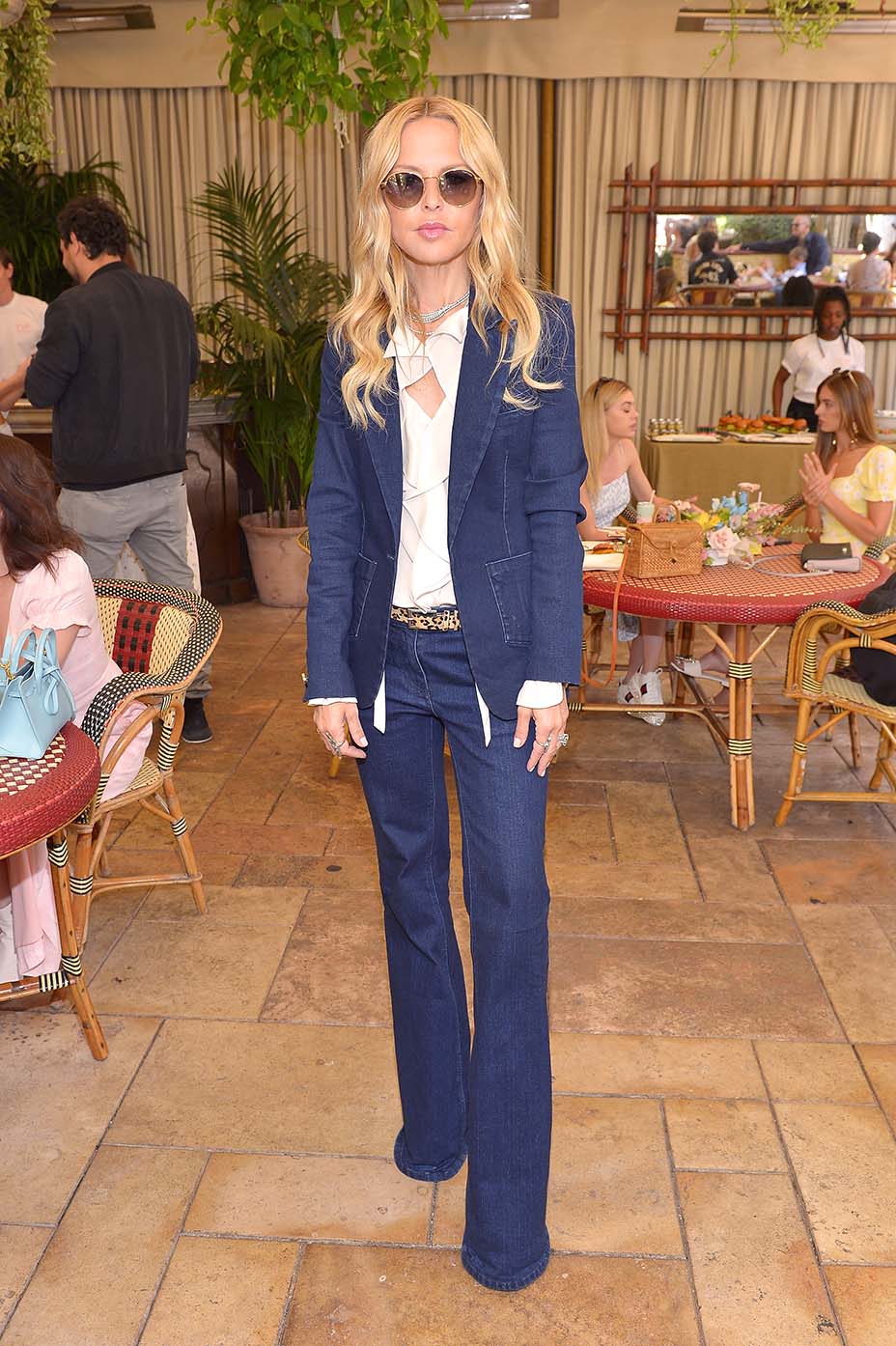 Priced from $128 to $298, the 23-piece range was inspired by nature (as seen in the Greek lupine and lily pad prints) and Malibu’s coastal lifestyle. Talita and her fashion designer grandmother would “go on walks because she hikes every day. We’ve been on so many hikes together and she’s always like, ‘Look at the detail and everything in nature; really look at it. You’ll see there’s a print here and you can always get inspired by anything.’” 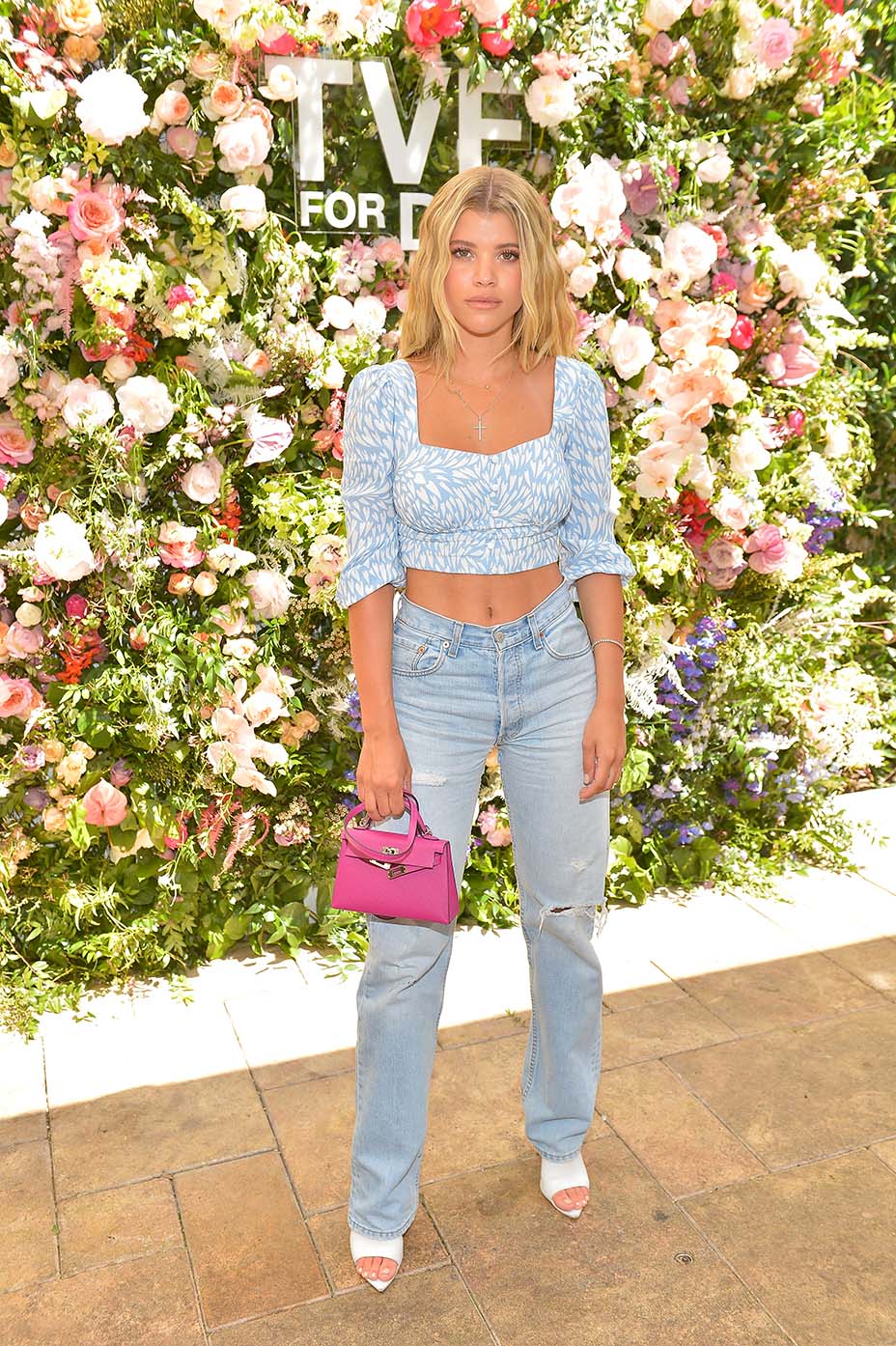 Talita had the complete DVF archives at her disposal when designing the line. “I got some fit ideas from [the archives],” and pieces like the Rosemary dress (which she donned at the event) were inspired by vintage finds and slip dress silhouettes, she says. “Then I went through my own wardrobe [and looked for] what I liked, what I didn’t like, what I wanted to have but couldn’t find it anywhere.”

“We text three times a day. We’re very close,” Diane told THR. She didn’t need to give her granddaughter too many design pointers, either: “I didn’t interfere with her dresses, she’s worked with me since she was nine, so she knows so much. She’s smart.”

The Georgetown University student’s foray into fashion came as no surprise. “One day she said to me, ‘When I take over your business, what do I have to call it? Do I have to call it DVF?,’” Diane told the crowd during a speech at the celebration. “She used to draw ‘TVF for DVF,’ and thank god I have the pictures to prove it.”

“We always knew that Talita would be a talent and a force and she is. She’s exactly what everybody knew she would be,” star stylist-turned-designer Zoe told THR during the fashionable festivities. “I actually met Talita in her mother’s stomach. I’ve been watching her grow up as Diane’s granddaughter, she’s an incredible spirit.” (Zoe has known Talita’s mother, furniture designer Alexandra von Fürstenberg, and father, Ranger Global Advisors founder Alexander von Fürstenberg, “since forever.”)

As for her sophomore line, TVF reveals that “It’s already been made. Season two launches in October,” and it’ll comprise colder weather pieces like knitwear as well as more maxi dresses and print skirts. “There’s more versatility, but it’s the same type of effortless, easy vibe; we’re doing some cute velveteen boiler suits.”

Thursday also marked another achievement for the designer. “Yesterday I finished my last exam and then I’m done with school,” says Talita, who’ll soon be moving to New York to plant her feet more firmly in the fashion industry. “All of my finals are papers, so I don’t need a study break.”

The line is also popping up on Melrose Avenue in West Hollywood Friday, April 26 and Saturday, April 27, and Talita herself will be there to meet shoppers.