Bruno Mars is a dangerous man with some money in his pocket, and he’s cashing in on rum. When the singer recently stopped at the Forum in Inglewood, Calif., to wrap his 24K Magic Tour, he offered cocktails made with the premium rum line he co-founded called SelvaRey (which aptly translates to “king of the jungle” in Spanish). In bottles adorned with a gorilla, a favorite motif on his Unorthodox Jukebox album, the sweet, smooth and indulgent liquors are offered in white and cacao flavors and literally turn his hits into sips (24K Gold Fashioned, anyone?)

Bruno Mars on How His Brand SelvaRey Is Making Rum 'Sexy' 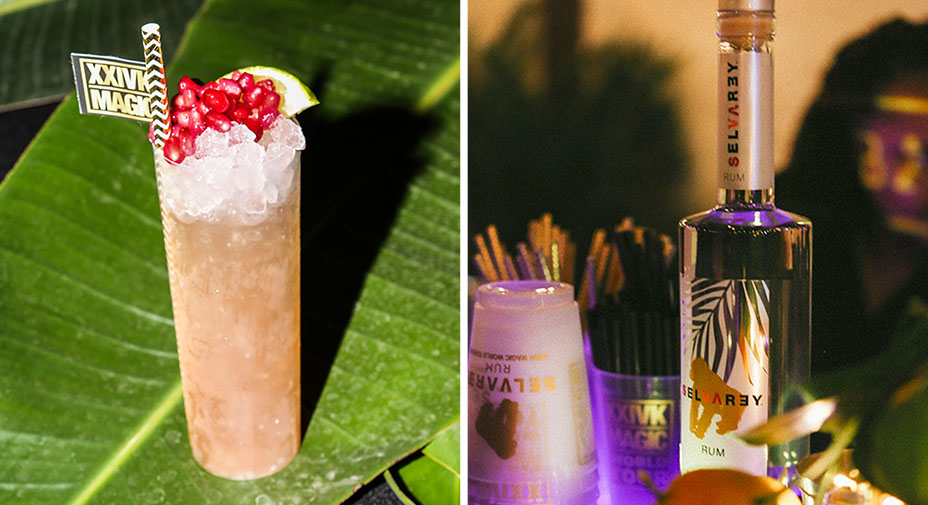 In a cocktail shaker, pour in cacao rum, honey and lime, and shake with ice. In a champagne flute, pour contents over chopped strawberries and crushed ice. Top with champagne.

Make a ginger syrup by adding ginger and water to saucepan and bringing it to a boil. Lower to medium heat and let it simmer for five minutes, then add sugar and stir to dissolve. Let simmer for five minutes, strain and let cool. Then, in a cocktail shaker, pour in white rum, lime, grenadine and ginger, and shake with ice. In a Collins glass, pour contents over ice. Top with seltzer.

Add all ingredients to an old fashioned glass and stir. Garnish with orange peel and cinnamon stick.