New Yorkers, whether they’re an A-lister or waiter serving an A-lister, know Employees Only. That’s because the famed West Village bar and restaurant that’s been showered with accolades since opening in 2004 is not your basic bar or eatery. It was an early adopter of the speakeasy-style entrance — an actual psychic sits at the front, the authentically Art Deco interior obscured by a velvet curtain. It also pioneered mind-blowingly innovative cocktails that elevated the experience of sitting on a barstool for a drink. All the while it did this with zero pretense, welcoming fellow hospitality industry workers as warmly as entertainment industry stars.

"The Future Is Here": A Design Conversation With Kanye West

It seems natural that Employees Only’s reputation preceded it in Los Angeles. Still, it’s not where people go to be seen, it’s where they go to be themselves. So the opening of the institution’s first West Coast location on Sunday will be interesting in how it translates to L.A.’s paparazzi-riddled scene. Entertainment law firm trial lawyer Steven Weisburd (whose ex-wife is former Go-Gos bassist Kathy Valentine) and Tom Sopit of Midnight Hospitality Group are behind the outpost, along with Employees Only co-founder Dushan Zaric, the mixology mastermind. Chef Sascha Lyon, a veteran of Michelin-starred restaurants, is responsible for the cuisine, and the group hired Built Inc. designer John Sofio (The Nice Guy, Delilah, Bootsy Bellows and many more) to ensure visual impact. 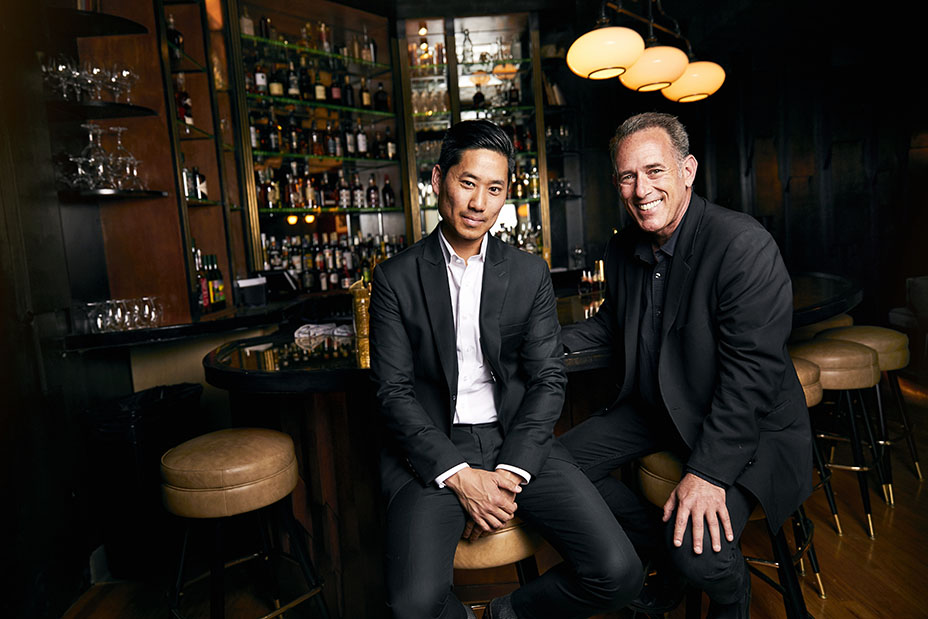 The result takes cues from New York, but is its own beast. The neon “psychic” sign and subtly EO-branded awning outside are recognizable to anyone who’s visited another location. But behind that velvet curtain is a larger, more California hot spot. The curvilinear main cocktail bar emulates its inspiration with a pressed-tin ceiling and three-tiered soffit over shelves of booze. The dining room area is a minimalist take on Art Deco. “It’s clean Art Deco,” says Sofio, “not Gatsby-esque.” Six types of wood figure into the equation, used in part on slab ceilings that fold over each other and a section featuring vintage acoustic tile lined with ebony strips. The lines lead to large slanted U–shape leather booths like the one diagonally placed “so when you’re in that space you feel very special, you’re in control, in command,” says Sofio. “Your back’s against the wall and you feel confident.” 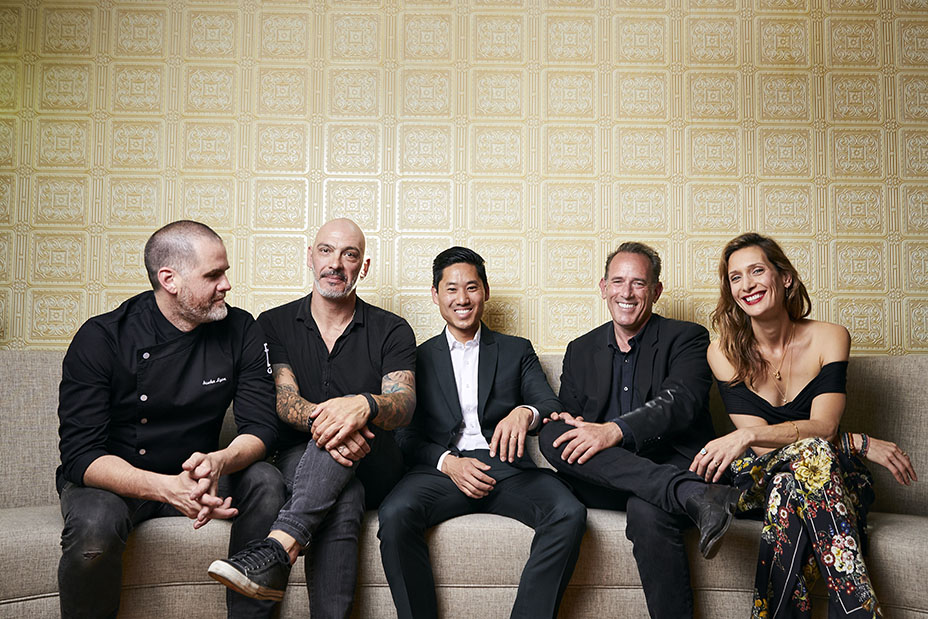 It’s no wonder celebrities are attracted to the energy of Employees Only. They’ll likely be especially drawn to the secret speakeasy-within-a-speakeasy behind a heavy rounded wood door that disappears into the wall. It’s the reservation-only Henry’s Room, a special wood-clad space dedicated to EO co-founder Henry LaFargue. There, bartenders put on more of a show behind a super-deep bar where patrons “spin the bottle” inside a vintage cigar case to determine the spirit their cocktail will use. “This is a shrine to mixology,” says Sofio, adding that “it almost looks like a Mexican shrine where you pray to Mother Mary.” The slightly elevated table by the fireplace should be the most requested, but no seat is bad, thanks to the effect of the light dancing through the room as it seeps out slits in the wood like candlelight. Libations in this exclusive space include playful riffs on New Orleans classics, served in the perfect vintage glassware, but the food menu is the same as outside. 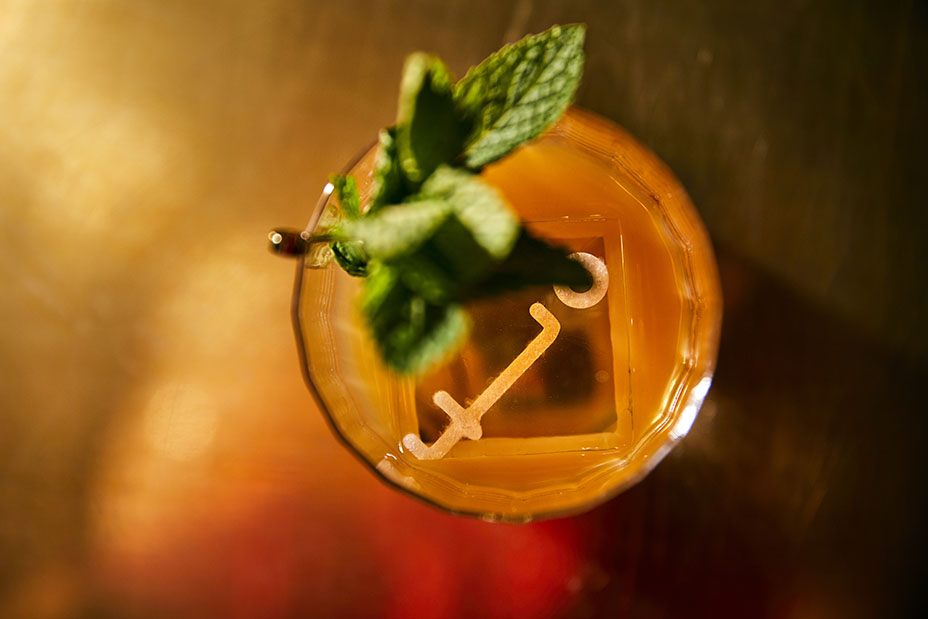 Speaking of which, it features a handful of favorite dishes from New York, but is otherwise Lyon’s own creation. Previously based in New York, where he was a dedicated EO patron, the California native was excited to return to the land of plentiful fresh, local produce and seafood. Dishes range from a wild lettuce salad, bone marrow “poppers” and traditional French rillettes to a very spring-y roasted halibut with English peas and morels, using wildflower-infused vermouth. Per tradition, a gratis cup of chicken soup is served to drinkers who make it to closing time (2 a.m.). And there’s an Italian wood-fired oven that runs on local oak and almond wood and spits out Neapolitan-style pizzas on naturally fermented dough. 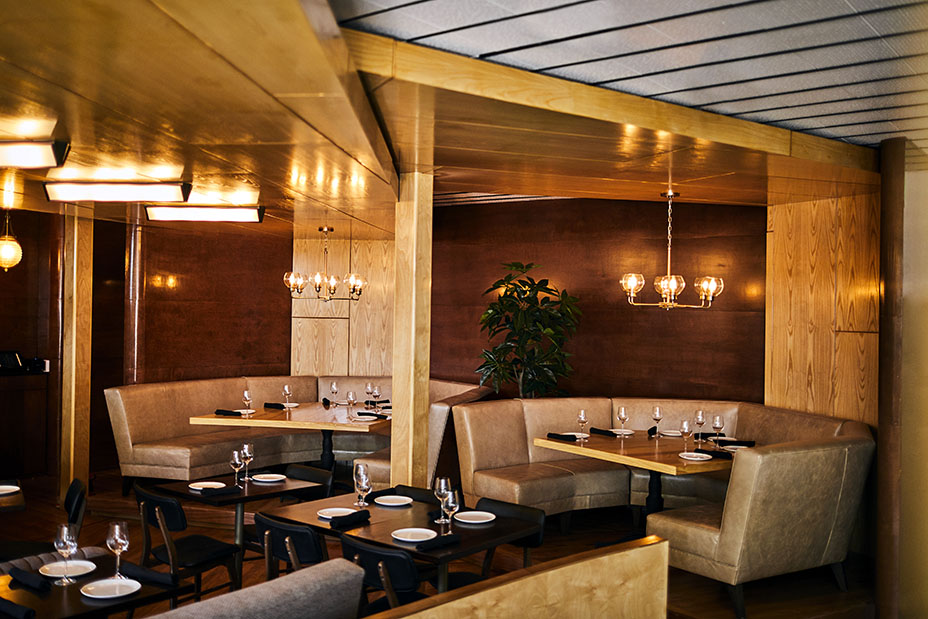 The kitchen isn’t the only place there are fun features. The bar boasts centrifuges used to infuse spirits (such as peach-infused bourbon or the vermouth that finishes the halibut dish, too) and they use sous vide techniques to extract subtle flavors like berry. Cocktail-wise Zaric says the 28-drink-deep menu is the best work he’s ever done. (And it does include some iconic options, like the Billionaire cocktail — with Matahari cognac, chai-infused sweet vermouth, pomegranate and roses — that put them on the map.) Some surefire favorites are bound to include Hope Monkey, “an explosion of citrus and gin,” and Distance and Elegance, which is a “twisted and enhanced” version of a classic American whiskey sour.

The elaborately thought-out drinks are a highlight, of course, but that doesn’t mean a guest can’t get a perfect dry martini or Jack Daniels with Mexican Coke, sans attitude. It’s the energy that sets EO apart. “It’s that we the leadership have come up through the industry and we can inspire, empower and lead our team in an organic and human way where we have the right to demand the utmost hospitality, generous, real and genuine hospitality. I talk about organically grown smiles,” says Zaric. “That’s important.”