Seeking a gift for that guy who’s got everything? How about the watch once owned by one of the world’s most legendary baseball players?

Joe DiMaggio’s Patek Philippe is among the highlights of “An Evening of Exceptional Watches,” taking place Thursday at Christie’s New York at Rockefeller Center. The 1947 Patek Philippe Reference 130 was given to the Yankee slugger in 1948 by the team’s owners; DiMaggio kept the watch until his death in 1999 (indeed, even the strap is believed to be original). Its provenance aside, this particular Patek is also rare: It was the brand’s first chronograph to carry a reference number, while the 33-millimeter timepiece features a silvered dial and gold Breguet numerals in a case of 18-karat yellow gold.

If you’re interested, be sure to arrive promptly for the event, which kicks off at 6:30 p.m. “The DiMaggio watch is Lot #5, which was his Yankee number,” notes Rebecca Ross, associate watch specialist for Christie’s in New York. “It’s in outstanding condition, given to him at the height of his career, and it also features Breguet numerals, which are very popular at the moment. This also would have been the watch he owned when he married Marilyn Monroe [in 1954], so it carries an exciting history.” 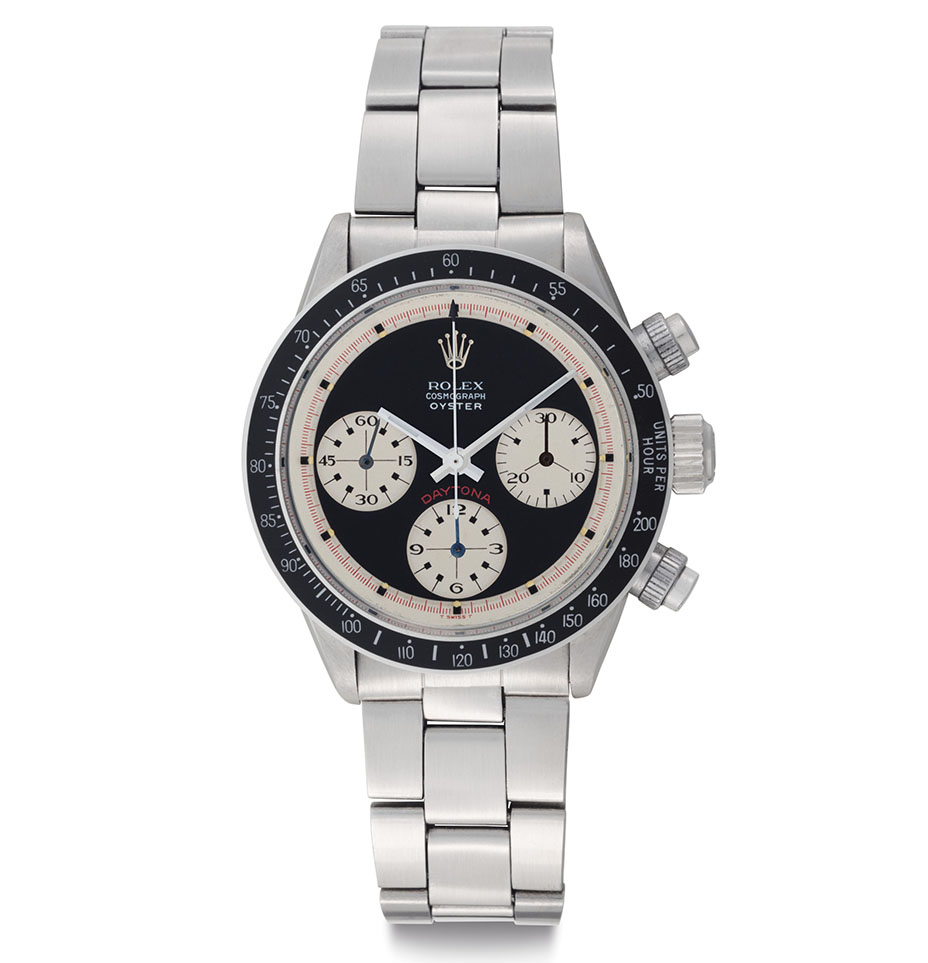 Among the most popular pieces seen at Patek Philippe’s “Art of Watches Grand Exhibition” in New York in July, the DiMaggio watch features an estimate range of $150,000-$300,000 — not quite the stratospheric levels of the recent Paul Newman Daytona auction, but then again, with heritage watches these days, anything can happen. “Vintage is super-hot right now,” Ross says. “The market is becoming a bit more educated, especially in the Middle East and Asia: They used to focus on the more modern watches, or the latest model to be released. But lately there’s a greater understanding that a vintage watch often comes with a great story, so we’re finding more buyers interested in the watch itself and what it’s been through.”

Only 100 watches will go on the block Thursday night, and that number was by design, Ross says. “The major watch sales that happen twice a year routinely can offer up to 250 watches, but our desire was to create an event that felt smaller and more exclusive,” she explains. “The trick is to curate a nice sale, home in on two or three anchor pieces and then build a sale around that, and create a really nice story from A to Z.”

Ross says collectors will find a little something for everyone at this auction, from a circa 1938 platinum and diamond Gruen bracelet watch owned by Billie Holiday — the caseback is engraved, “To Billie from David, 1938,” though Ross says Christie’s has been unable to track down who “David” might be — to a circa 1969 Rolex chronograph featuring a rare “Oyster Sotto,” or “Oyster Below,” dial. “Watch nerds definitely appreciate the detail of the placement of ‘Oyster,’ which typically is between Rolex and Cosmograph on the dial,” Ross points out. “There are maybe less than 20 examples in which ‘Oyster’ is placed on the third line. This Rolex should go for a million dollars. It’s really a star of the show.” 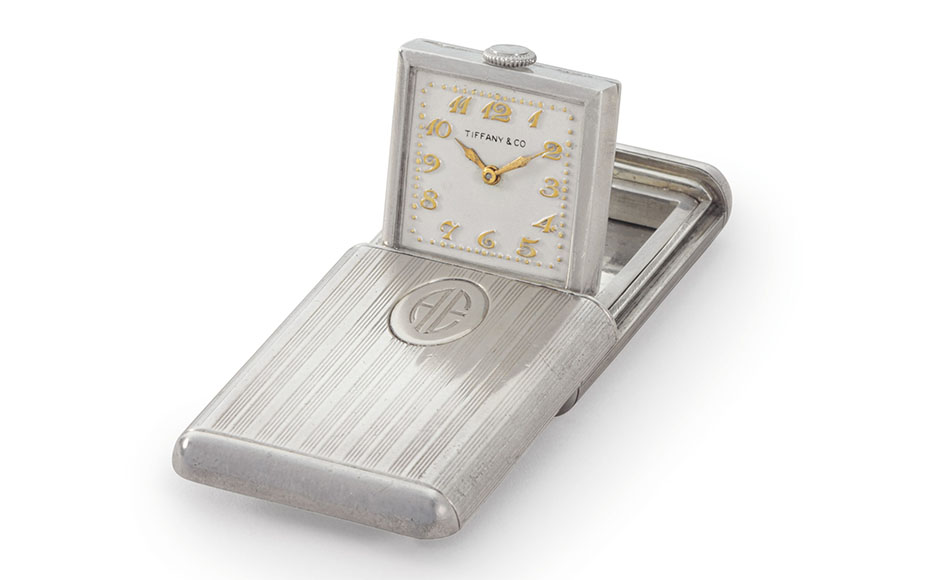 Other unusual pieces include a rare 1958 Omega Speedmaster (auction estimate: $50,000-$100,000) and a circa 1932 travel watch crafted by Cresarrow Watch Co. for Tiffany & Co., a gift to Amelia Earhart from another famous female aviator, Amy Johnson. In a silver case bearing Earhart’s initials, the back of the square timepiece is engraved, “To Amelia, In Sincere Admiration, Amy.” The first female pilot to fly solo across the Atlantic, Earhart disappeared somewhere over the Pacific in 1937; the watch carries an estimate range of $60,000-$120,000.

Not unlike the sale of Jackie Kennedy’s Cartier Tank at Christie’s in June (that watch ultimately fetched $379,500), Ross is expecting Thursday night’s event to attract plenty of attention, both for the watches on hand and the vibe Christie’s has created. “We’ve designed this to feel a little glamorous, starting at 6:30 in the evening and with drinks afterward,” Ross says. “This is a new venture for us with the smaller scale, but collectors and clients stopping in at the preview have loved it. It promises to be a fantastic night.”