One day ahead of National Equal Pay Day on April 2, Time’s Up has launched a “Time’s Up Pay Up” national awareness campaign to talk pay parity. Women (and notably women of color) earn less than their male counterparts in the workplace, and the organization wants to help close the gender gap.

Time’s Up has also partnered with the New York-based, female-owned business PrinkShop to create $40 T-shirts emblazoned in red lettering with the “Time’s Up Pay Up” mantra to help spread the word about the new campaign; proceeds will support the Time’s Up initiatives to solidify “safe, fair and dignified work for women of all kinds,” according to a press statement.

Established by a group of Hollywood professionals in early 2018, Time’s Up has since launched a series of initiatives including a fundraising auction in partnership with eBay in December to benefits its legal defense fund, which connects victims of sexual abuse and harassment with legal resources, and the debut of new Time’s Up x 2 wristbands and ribbons at the 2019 Golden Globes. 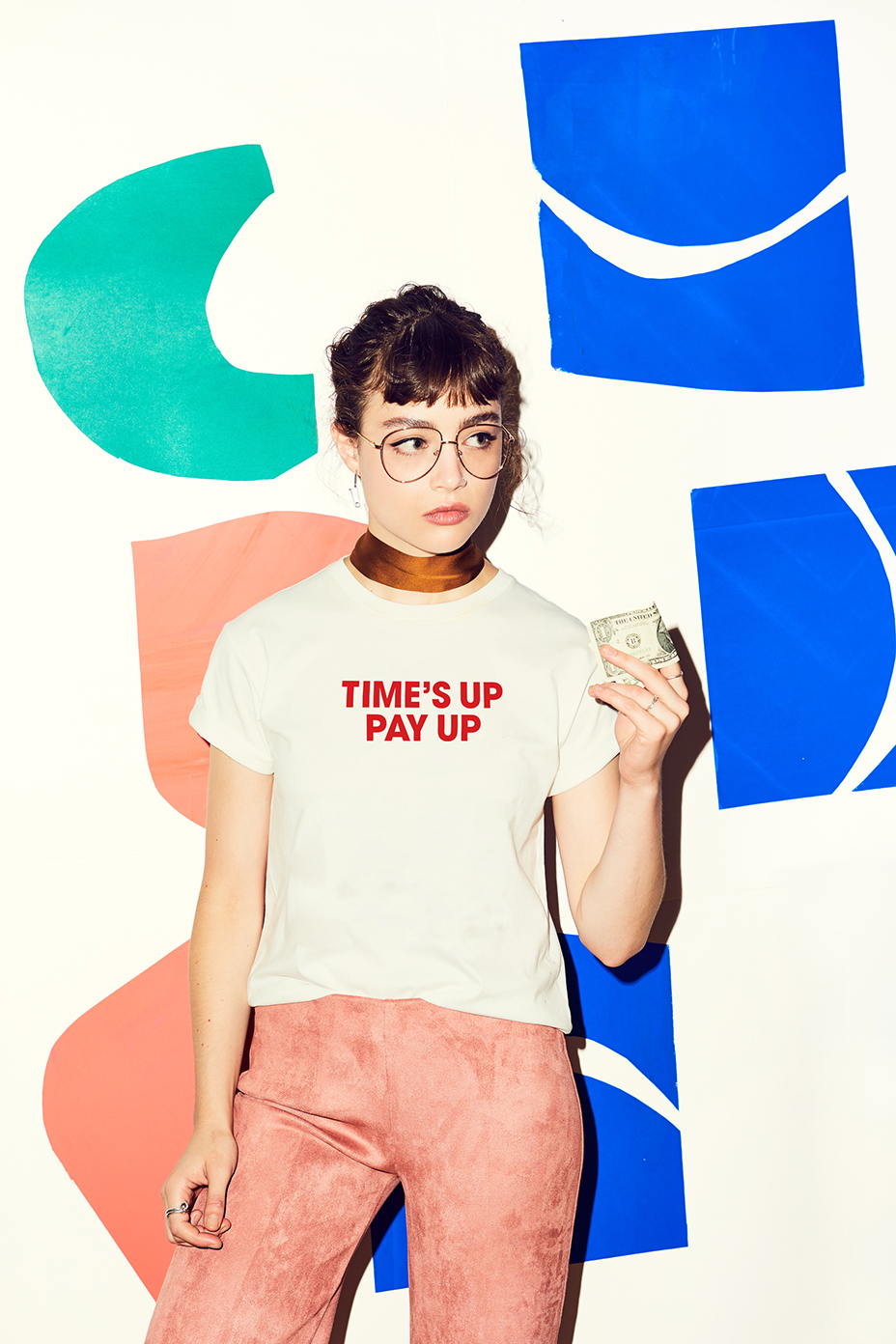 As of February, the Time’s Up Legal Defense Fund has attracted nearly $25 million in donations; $6 million has been spent on 100 legal cases and investigations. ICM Partners and CAA are among the Hollywood supporters who have pledged to help the Time’s Up challenge to reach gender equality in pay by 2020.

Earlier this month, Black-ish actress Tracee Ellis Ross (one of Time’s Up’s original founders) and her aunt Dr. Barbara Ross-Lee (a physician) announced that they will help drive a new Time’s Up healthcare affiliate to address sexual harassment and gender inequality in the medical field. Time’s Up also recently announced a partnership with women’s-club network and advocacy organization The Wing to stage events and other programming that help to advance women in the workplace.