Two days after parasailing into Cannes in a bright yellow tuxedo as part of a stunt promoting The Emoji Movie, T.J. Miller bucked red-carpet rules and wore the suit to the Magnum x Moschino launch party with Jeremy Scott and Cara Delevingne on May 18.

The actor says he couldn’t resist. “This is Nichole Lumpkin Couture,” he explained to Pret-a-Reporter on the beach, just outside the bash. “She’s based in Los Angeles, and she did my Office Christmas Party ugly-sweater tuxedo. She’s sort of reluctantly couture.”

And it could be mistaken for actual couture. Says Miller’s wife (and college sweetheart), Kate: “We walked in tonight, and several people said, ‘Oh, my God, I love your Moschino tuxedo.’ It really does, in a strange way, look like a Moschino creation.”

As for his wife’s ensemble, Miller (lovingly) joked, “It’s as if a creature from Labyrinth face-f—ed Cartier.” 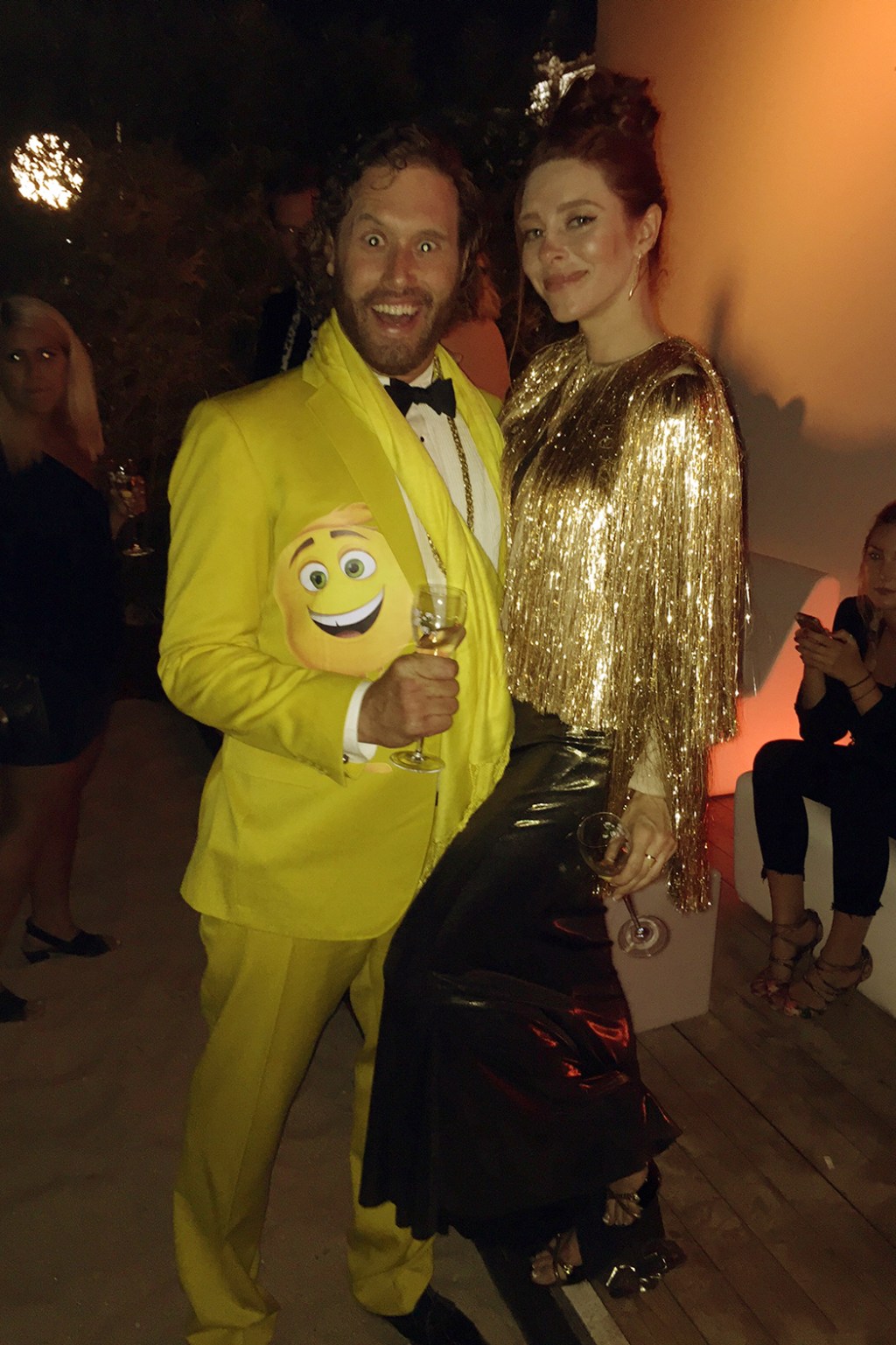