Della Valle, president and CEO of Tod’s, surely knows what a coup it is to lure the Oscar-winning Ferretti to create holiday window displays—Ferretti’s concept showcases fanciful circus performers—unveiled Thursday evening at the Italian brand’s Madison Avenue flagship. After all, they’re conceived by the same visionary who captured Academy Awards for best achievement in art direction for 2011’s Hugo and 2004’s The Aviator, and will soon embark with the same director, Martin Scorsese, on a tenth project, currently titled The Irishman.

Ferretti, of course, also famously worked with Federico Fellini on six films. “They are a bit of a tribute to Fellini, because he loved the circus—for him, it was the ultimate, so I think he would have loved it,” Ferretti said Thursday night. 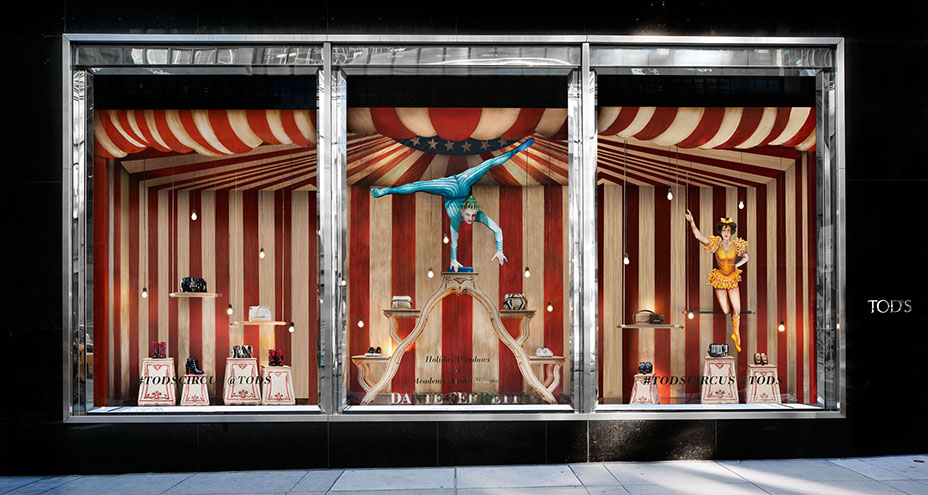 Naomi Watts, Jack Huston, Jordan Dunn, Martha Hunt, Waris Ahluwalia and others joined Ferretti for the unveiling of the windows, which have been christened with the hashtag #TodsCircus. “I’m a massive fan of The Name of the Rose,” Huston said, referring to the 1986 film starring Sean Connery and Christian Slater, for which Ferretti did the production design. “He’s innovative while always moving with the times; he’s never let himself become obsolete. In every decade, you’ll find work from him that’s absolutely beautiful,” Huston said of Ferretti. 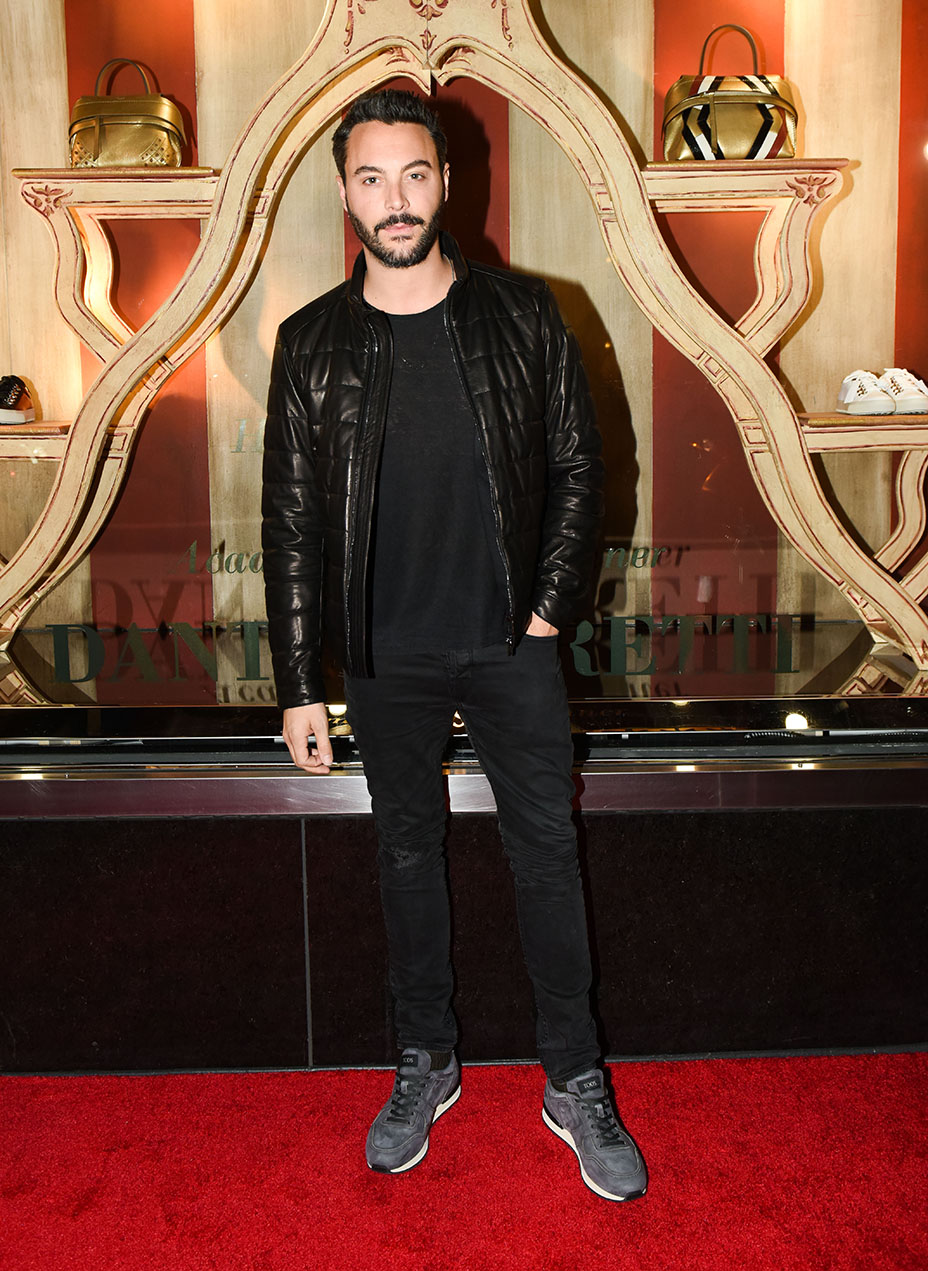 Huston is also the face of Tod’s fall/winter 2016 campaign, and sees an easy comparison between Ferretti and Della Valle. “I was in Rome shooting [Ben-Hur] for about seven months, and from there we went to Milan to shoot the campaign,” Huston explained. “I’m part Italian; my grandmother was very Italian, so I really loved that with Mr. Della Valle. It was as though he was welcoming us into the family. You have to do things with love and passion, and I feel like with him, everything comes from that.”

Sporting Tod’s “faded-effect” Double T loafers and Mini Double T crossbody bag, Watts took a night off from filming the upcoming Netflix series Gypsy to attend, calling Ferretti’s windows “festive, with a sense of humor,” and added that she planned a return visit with her sons, 9-year-old Sasha and 7-year-old Kai. “That’s part of the tradition of Christmas in New York, isn’t it, to see how far people will go, how elaborate each design is,” she said. 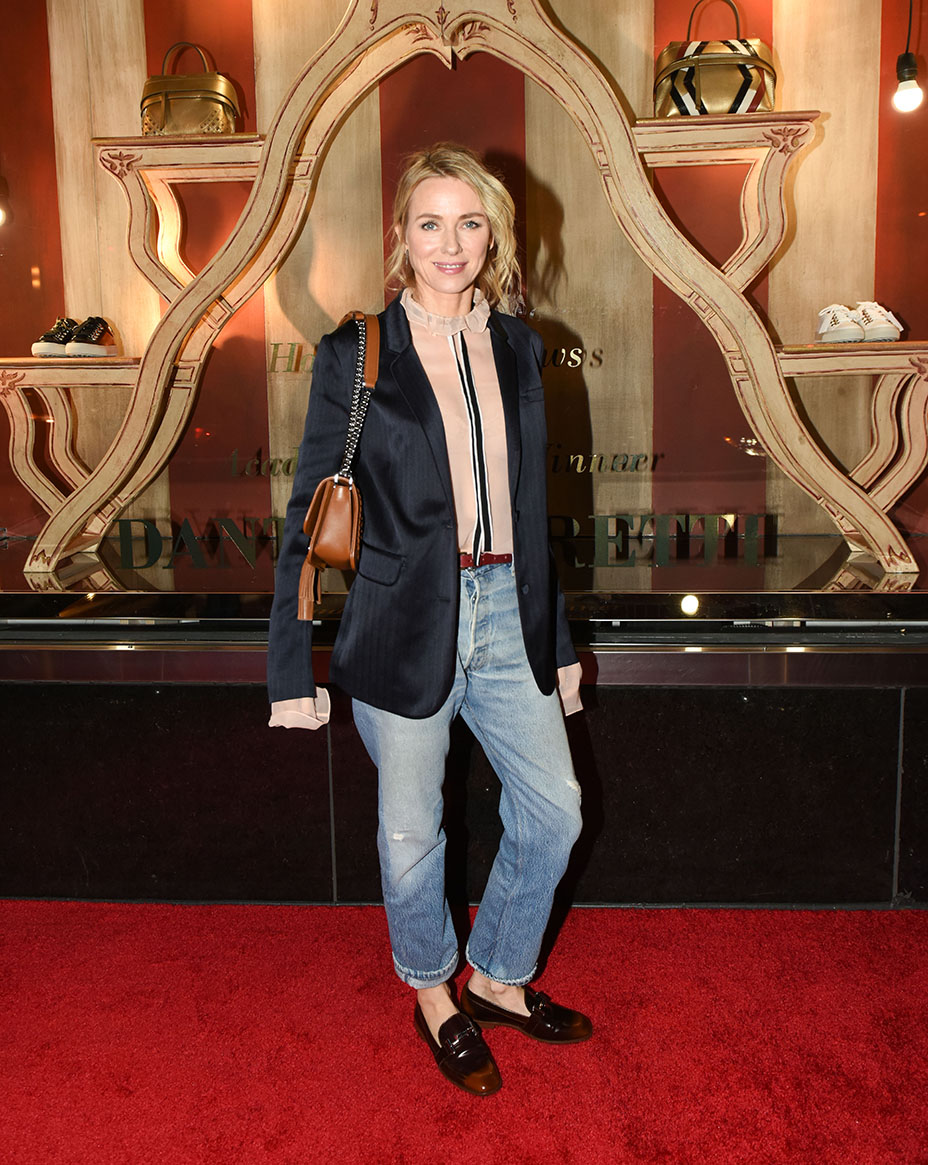 Huston agreed, noting that his 3-1/2-year-old daughter, Sage, is the perfect age to enjoy the windows created by Ferretti and others throughout the city. “She’s very excited about Santa this year,” Huston said (he and longtime girlfriend Shannan Click also have a 10-month-old son, Cypress). “I blame it on my daughter, but it’s as much for me as well. I’m the embarrassing person who takes Christmas too far.”