In a world where LeBron James wearing a tiny, shiny Thom Browne shorts suit sets social media afire and Sports Illustrated publishes a “best dressed” list, it’s a given that athletes polish their personal style. But there isn’t a playbook for cultivating an off-field uniform, and as many sports stars wear special sizes, not every MVP scores points with the fashion set.

Take the two Super Bowl quarterbacks — the Los Angeles Rams’ Jared Goff, 24, and the New England Patriots’ Tom Brady, 41 — vying for a ring Feb. 3. Dare THR‘s style experts put aside spirals to analyze their style? “It’s not a fair comparison because of the 17-year age difference,” says Simon Doonan, creative ambassador for Barneys New York and author of Soccer Style: The Magic and Madness. “It would be crazy if Jared was already gussied up in fancy suits like Tom.”

In analyzing the younger QB’s red carpet style, menswear designer Joseph Abboud, who outfits 24 NBA head coaches in his signature suits, concedes “clothing isn’t a first priority right now for Jared. He looks good but could be wearing a slightly trimmer, more tailored suit, and his trousers are sitting a little low on his waist.” Brady, on the other hand, nails it every time, according to Abboud: “He’s an all-American with a more sophisticated European approach to his look. But how Brady has presented himself has evolved. He’s now a legend.” 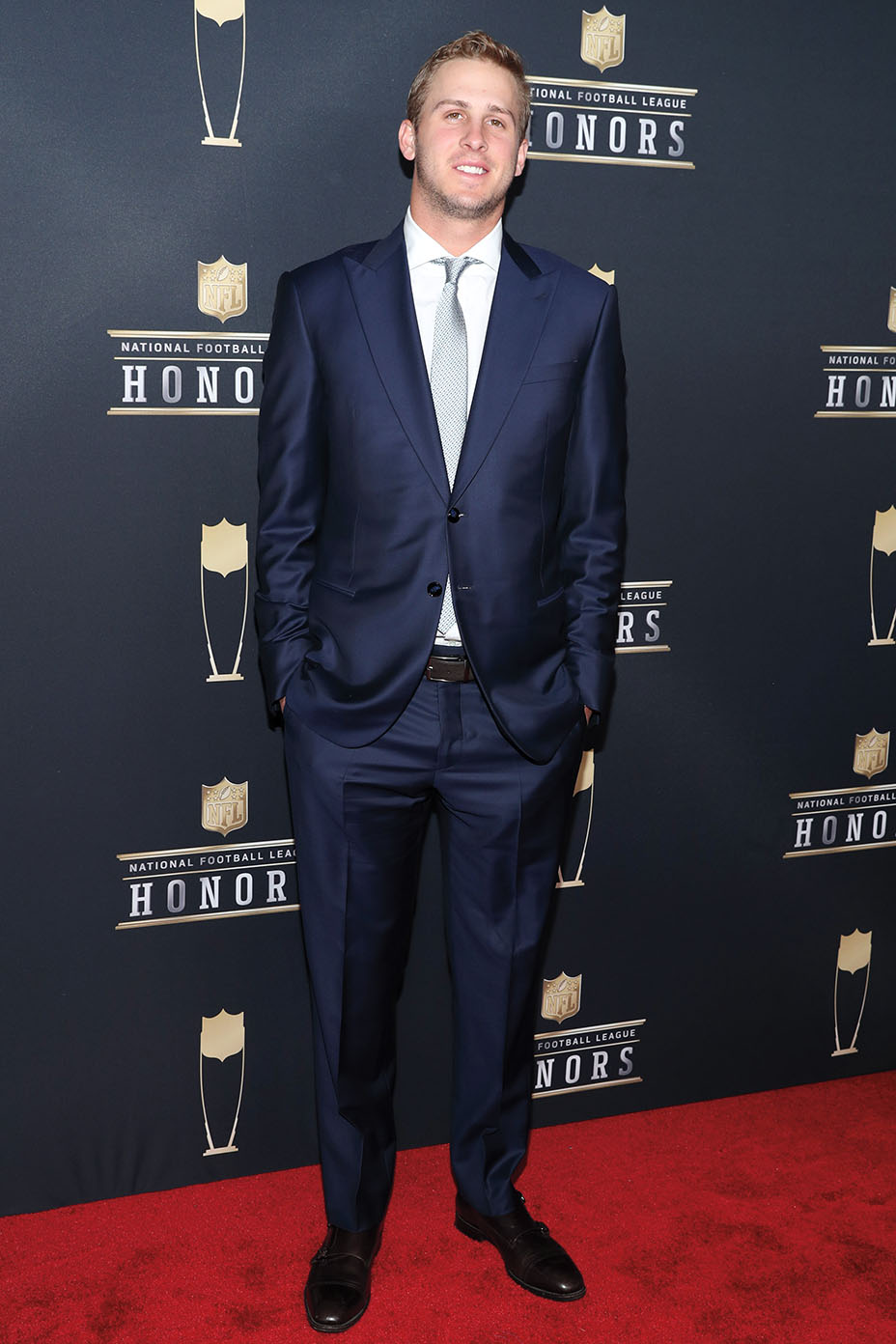 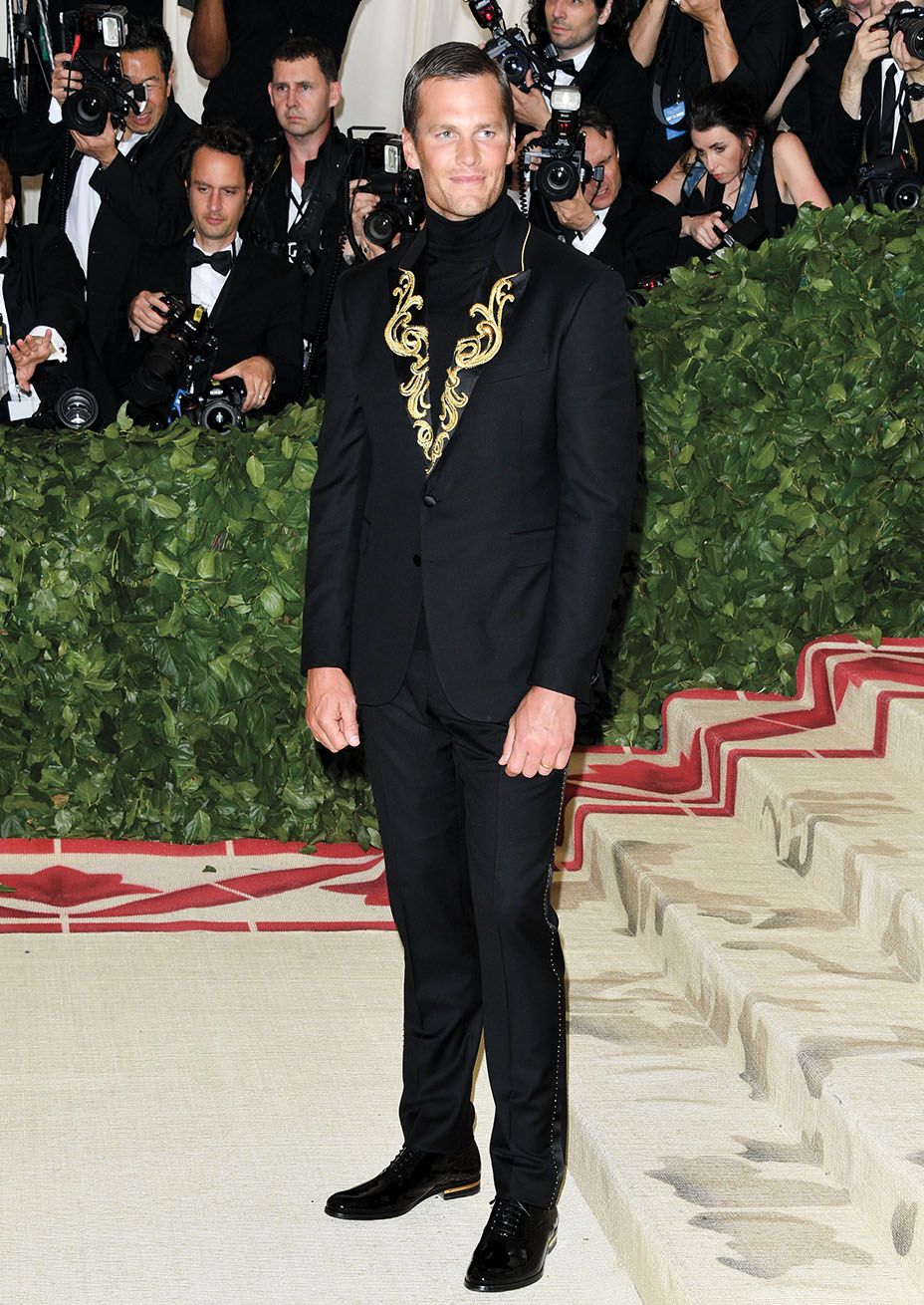 Athletes who go high fashion still have to answer to their fan base. In 2018, Brady wore an ornately embroidered Versace ensemble to the Met Ball, which garnered him this internet critique: “Someone told Tom Brady that the theme was ‘Every Nicolas Cage Villain from 1990-1997.’ “

Style expert George Kotsiopoulos, a former panelist on E!’s Fashion Police, is more focused on the body language of athletes. His take is that the Patriots MVP knows how to work the red carpet, while Goff could use a few pointers — particularly because putting his hands in his pockets will slaughter a suit’s silhouette. “He looks like a schlub,” says Kotsiopoulos. “But hey, Tom Brady is married to supermodel Gisele Bundchen and Jared is dating a swimsuit model [reportedly Christen Harper].”

Hollywood Jumps on Rams Bandwagon: "It Comes Down to Hometown Pride"