Continue to The Hollywood Reporter SKIP AD
You will be redirected back to your article in seconds
Skip to main content
April 25, 2017 3:42pm

Even a quarter-century after his death, it’s hard not to see that the sexual sway of the artist known as Tom of Finland lingers on in the fashion world. His tantalizingly homoerotic renderings of bulbously muscled guys in leather motorcycle gear, severely tailored military uniforms and sexy harnesses and chaps seemingly still arouse the imaginations behind designer runways and magazine editorials, not to mention the personal style of its visionary and often highly visible players. 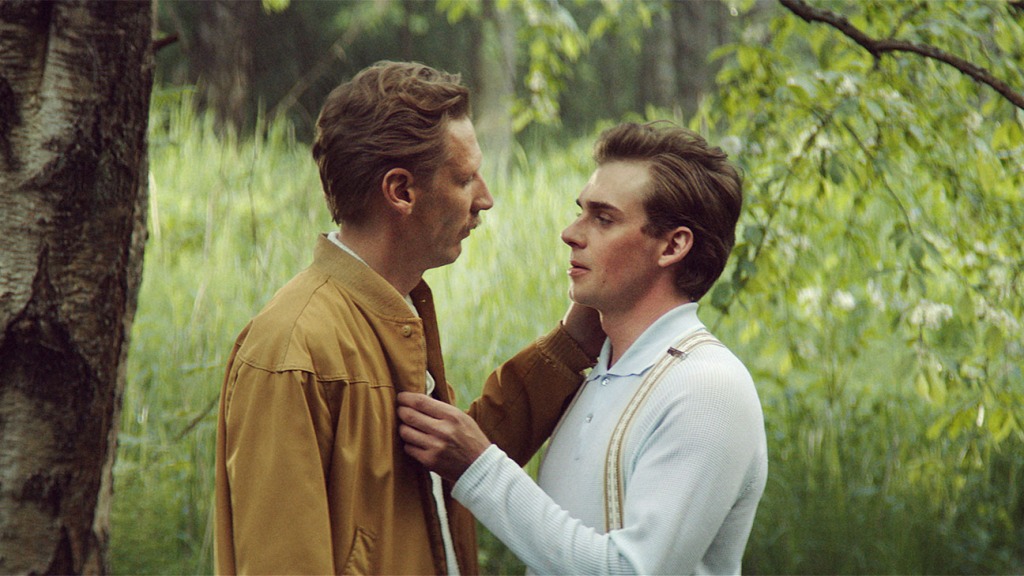 Now they get a chance to delve into the background of the man behind the myth with the arrival of Finnish director Dome Karukoski’s biopic Tom of Finland, already a hit in his native country and neighboring Sweden, which made its U.S. debut Sunday at the Tribeca Film Festival.

The narrative traces the real life of Touko “Tom” Laaksonen (actor Pekka Strang), from his closeted days as a soldier obsessed with his fellows to a postwar shades-of-Cabaret sexual rivalry with his disapproving sister Kaija (Jessica Grabowsky) over dreamy dancer Veli (Lauri Tilkanen) to Tom’s later flourishing years in California where “everything he ever dreamt of was already happening in L.A.,” Strang said at the premiere. 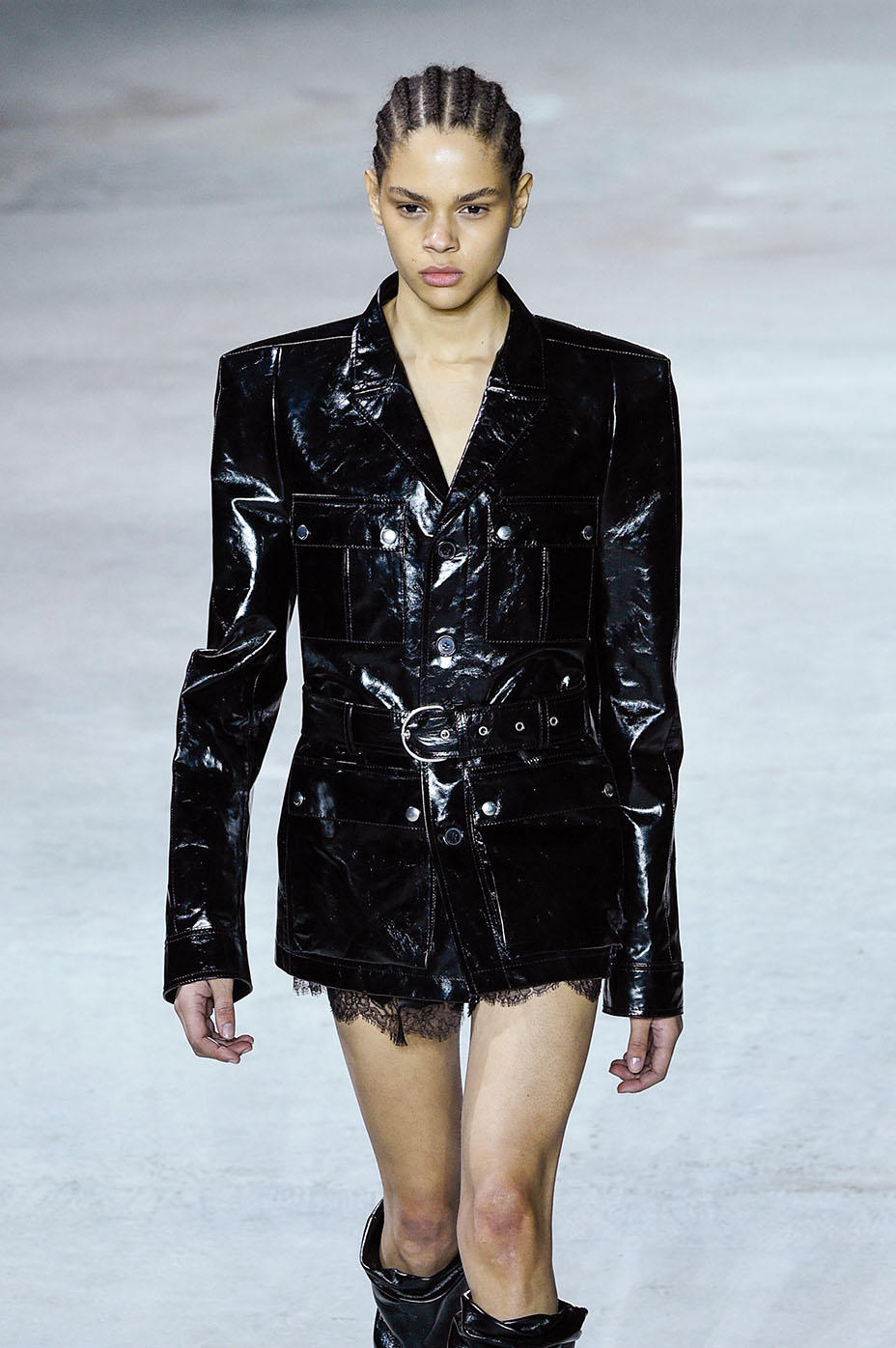 For proof of the lasting impact of Tom’s tropes, look no further than the fall ’17 women’s collections, with Anthony Vaccarello’s reimagining of the Paris house of Saint Laurent as a leather-coated fantasia. In shiny black skins, the opening look was a military-style field jacket with appropriately menacing shoulders and knee-high stompers that also appropriated the confidently carnal attitude of Tom’s male counterparts. 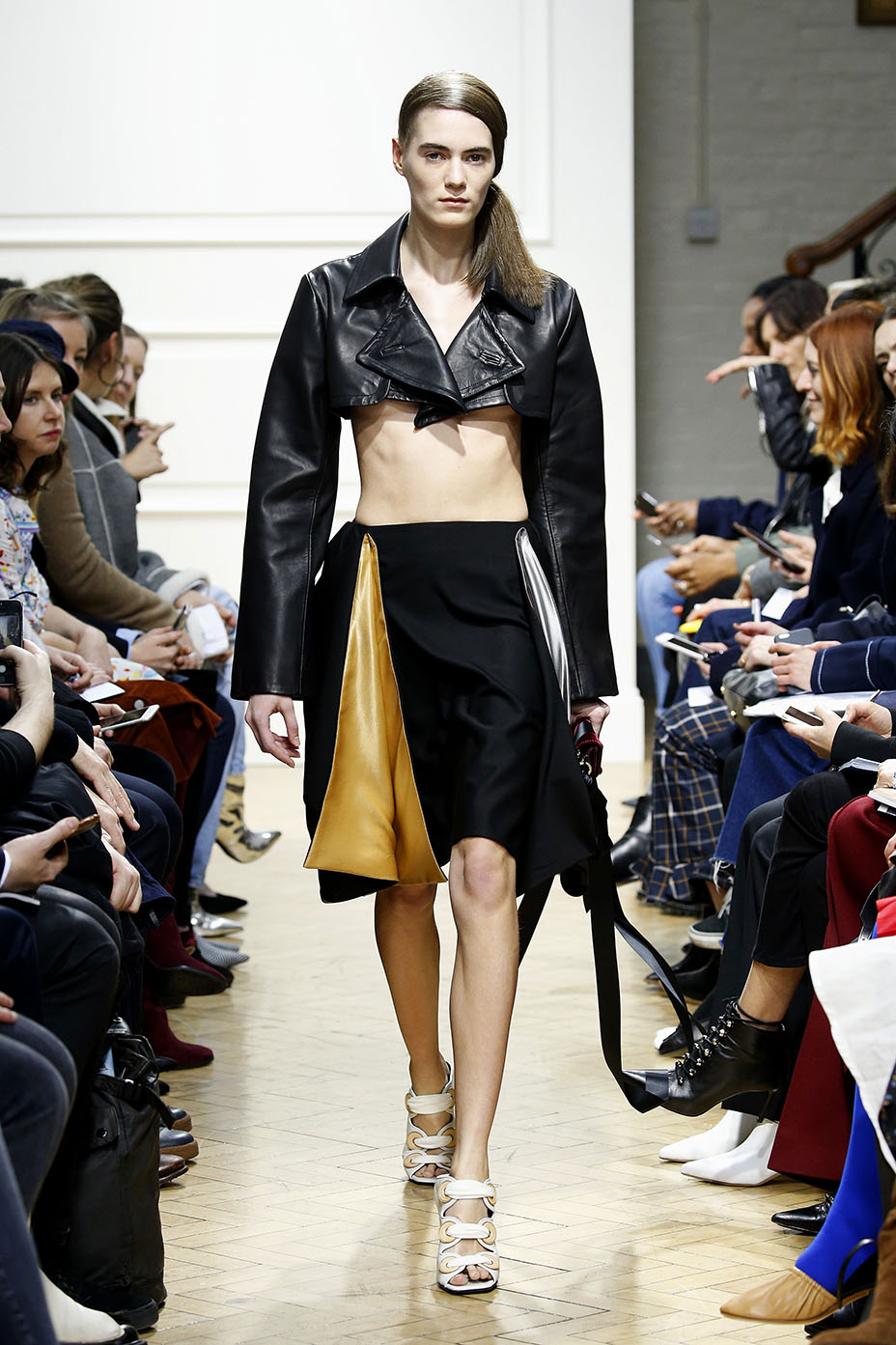 In London, designer-of-the-moment J.W. Anderson cropped the artist’s beloved Perfecto biker jacket to reveal a flash of under-bosom and paired it with a skirt with kinky trailing straps. And at Raf Simons’ debut show for Calvin Klein in New York, militia-inspired shirts with flap pockets were interpreted in twill and black leather versions.

Harnesses were cited as a hot trend of the recent Tokyo Fashion Week at designers such as Growing Pains and Name, while New York accessories designer Zayna Bane has a long list of admirers including Lady Gaga and model Emily Ratajkowski for her signature “post-fetish” body harnesses and ringed chokers stocked at high-end retail stores and on Net-a-Porter.

In a grittier vein, cult downtown Manhattan designers Sam Linder and Kirk Millar of Linder showed a pair of trousers and a miniskirt with chaps-like detailing before the climax of their fall show revealed a model in denim pants with a undeniably augmented denim codpiece to suggest an engorged member that to the designers at least reversely emphasized the model’s femininity. “We wanted to be very clear as to what was made for a woman and what was made for a man,” Millar told Vogue after the show. “We’re acknowledging the differences between the male body and the female body.”

Fashion magazines also show signs of Tom’s freewheeling imagery, the latest in uber-photographer Mario Testino’s fashion shoot this month for Vogue Netherlands titled “Joking Around,” which takes a whimsical stance to sexual hijinks. And if imitation is the sincerest form of flattery, then architect Peter Marino must top the list of Tom admirers. Known as the go-to for posh store design for the likes of Chanel, Louis Vuitton, Celine and Dior, Marino habitually wears full leather motorcycle gear, albeit made to order. 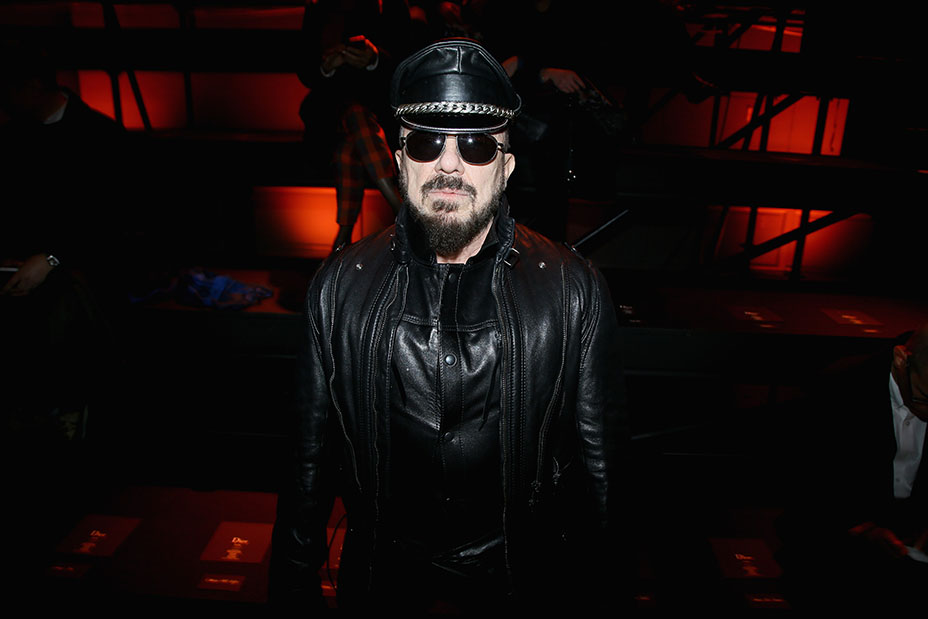 When Tom came to California in the ‘70s, as colorfully imagined in the movie, he finally met his longtime American pen pal, Durk Dehner, a onetime Bruce Weber model, written as a composite character named Doug in the film (Seumas Sargent.) Together they started the Los Angeles-based Tom of Finland Foundation before the artist’s untimely death from complications of emphysema in 1991. Now the guardian of the artist’s legacy, Dehner said Tom moved easily in the lofty gay strata of fashion and filmmaking on the West Coast in his later years. “His sixties were glorious for him, all he needed was five minutes at a party,” Dehner said at the screening. “I didn’t need to chaperone him.”

And at the online Tom of Finland store (tomoffinlandstore.com), amid the editions of artwork, coffee-table volumes and erotica, the enterprise offers a fashion-savvy update — a skateboard, cloth tote and essential hoodie in a collab with skate brand Happy Hour. And for caffeine-obsessed fashionistas, there’s a custom coffee as well, in a “2017 Summer Edition” from Finnish roastery Robert Paulig, packaged in the country’s national blue color, with a fetching drawing of a Tom’s man on the label.