Tommy Dorfman looked super cozy in a bright white hoodie as he chatted with friends last night on the terrace of his house high up in the Hollywood Hills.

The sweatshirt is emblazoned on the front with a small graphic that says “Unity” in bright turquoise letters. On the back is a large ampersand in a colorful flower motif.

“It’s so comfortable,” the 13 Reasons Why actor said as he lifted the bottom of the sweatshirt to show The Hollywood Reporter he was also wearing a pink t-shirt. “They’re both pieces from the Together Movement.”

We chatted with Dorfman, 25, as he hosted a dinner to celebrate the launch of the Together Movement, an eight-piece collection of T-shirts, sweatshirts and jewelry from ASOS promoting GLAAD’s campaign of the same name ($13-$48).

Symbolized by an ampersand, the Together Movement is the LGBTQ group’s initiative to try to unify all marginalized communities in the fight for acceptance and equality.

Dorfman not only hosted last night’s intimate soiree, but he also happens to be the face of the ASOS and GLAAD collaboration. 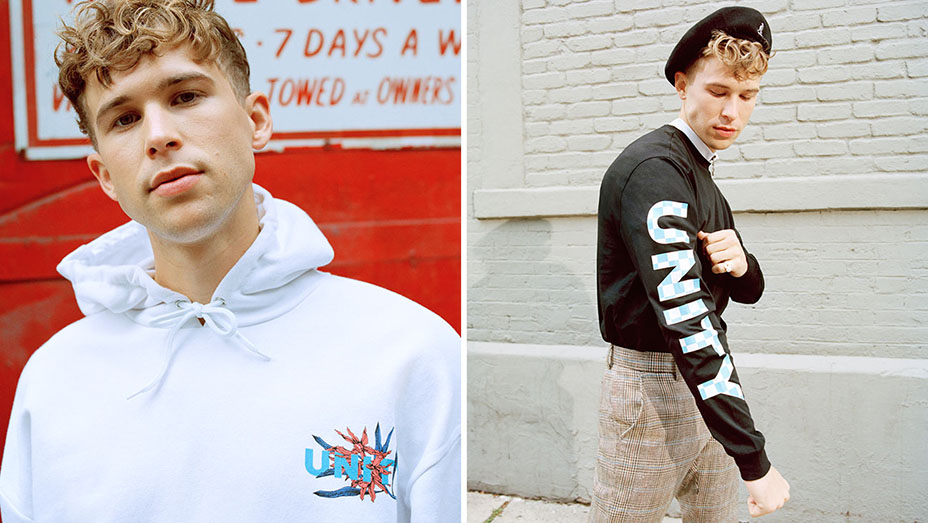 It’s a perfect match that combines the openly gay Atlanta native’s love of fashion and his LGBTQ advocacy work.

“It became clear to me post-election that I had to be out and be out as much as possible,” said Dorfman, who plays gay high schooler Ryan Shaver on 13 Reasons Why. “To work with a brand like ASOS that reaches such a young audience and to spread the message of GLAAD is exciting. I’m extremely grateful to be a part of it.”

Bullies, back off! Seriously though. Today, #spiritday, I’m taking a public pledge against bullying! Thank you @glaad for starting this movement that fosters love instead of hate and fights to protect not just LGBTQIAPK youth, but everybody who’s victim to bullying. #togetherness