Mark Hamill has been vocal about many subjects (one in particular) on Twitter as @HamillHimself, but he’s all about right place, right time when considering his role at tonight’s Tony Awards. “I’m the host of the buzzkill segment of the evening, the In Memoriam segment, so there’s no room for a Trump joke or witty remarks,” he says.

Hamill is a natural choice for this year’s tribute, which will include among its honorees both Carrie Fisher and Debbie Reynolds, who passed away within a day of each other late last December. “I wasn’t as close to Debbie as I was to Carrie, but I certainly knew her and loved her deeply,” Hamill says. “It was a terrible one-two punch; worst Christmas ever.”

He also confirmed that Star Wars fans especially will miss Fisher when the as-yet-untitled Episode IX arrives in theaters May 24, 2019. “Usually her timing was exquisite, but among the reasons it’s terrible that she won’t be with us is that she was the pivotal character [in that film],” he says. “And I also look at it selfishly: She was just hilarious. Sometimes I wouldn’t want to go out and do certain things to promote [The Force Awakens], but then I’d find out Carrie would be there, and I’d say OK, because then I knew it would be fun.” 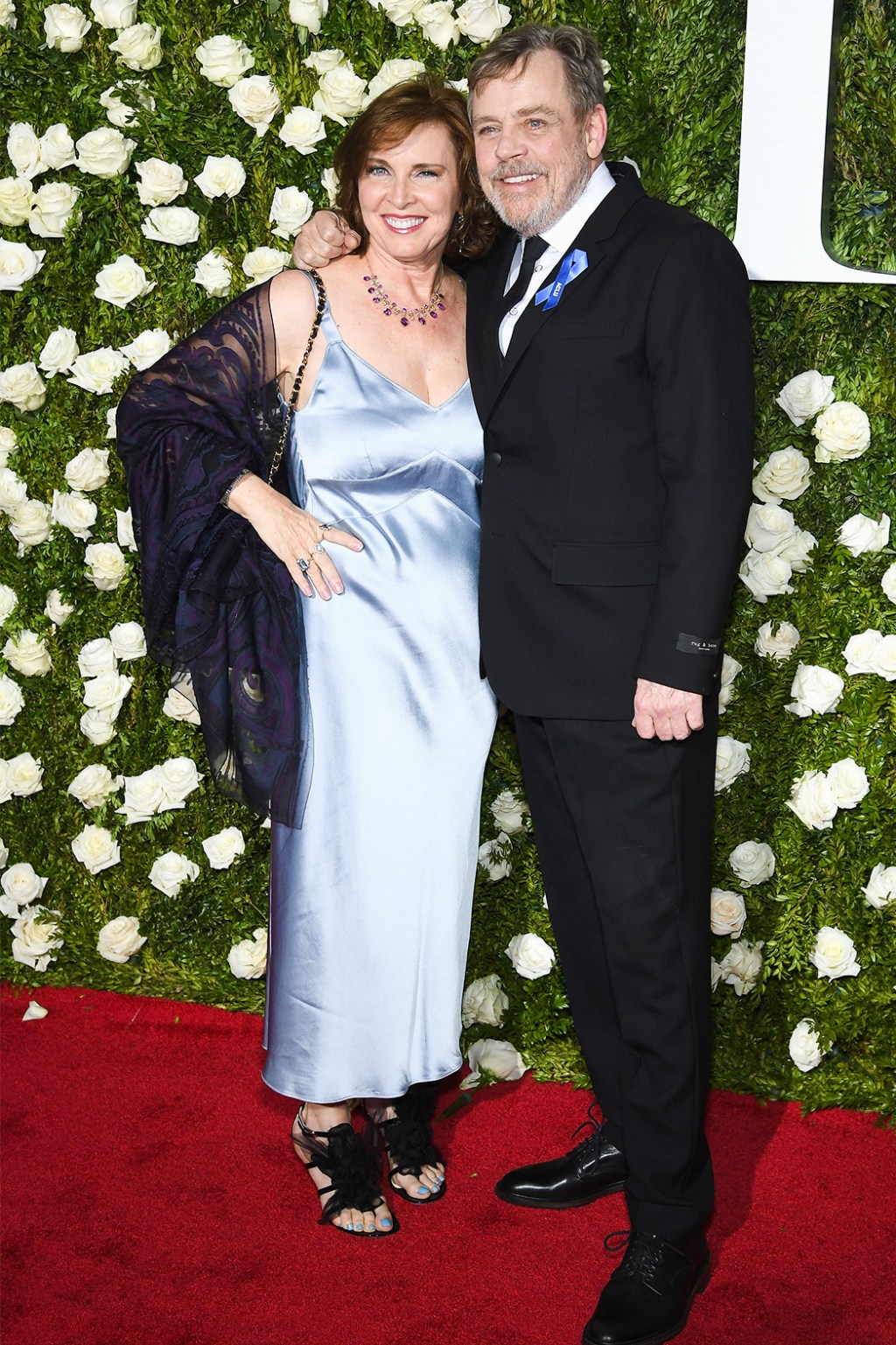 While he may be forever associated with Luke Skywalker, make no mistake: Mark Hamill is a theater geek. He studied drama at Los Angeles City College and appeared on Broadway five times, including opposite Christine Ebersole (a Tony nominee tonight for War Paint) in 1985’s Harrigan ‘n’ Hart; unfortunately that show only lasted four performances. “We’re based in L.A., but every time I come back, I want to see theater; the siren definitely calls,” he says. “What I’m always amazed at is when you don’t have great expectations, and then you’re surprised by something that’s just wonderful.”

Groundhog Day is one example, he says. “Everyone remembers the premise of the film, but [the Broadway production] plumbed such emotion and depth out of it, and the staging was just beyond,” Hamill notes. “I also really loved War Paint, not only because Christine once played my wife, but it was so compelling, a great story about two pioneer women heading companies when that just didn’t happen. And then of course you have two of the most amazing women starring in it, Christine Ebersole and Patti LuPone. They’re just peeling the paint off the place.”

That sounds a little like the two women who are among those Hamill will be honoring on the Tony Awards stage. “Listen, Carrie would never want us to be sad,” he says. “Mentally we should picture her looking down from the stars and extending her middle finger to us. That was Carrie; she knew how to have fun and not take everything so seriously.”