If you can’t get enough of President Donald Trump’s omnipresence on TV, Twitter, at your dinner table and in your dreams (or nightmares), now you can have him on your walls, too.

That’s right, Trump is getting the wall decor treatment.

Over the past six months, OverstockArt.com — a website known for selling a variety of artwork, including reproductions of famous paintings — noticed an increase in custom design requests incorporating Trump and former President Barack Obama into classic masterpieces. With a number of them involving Trump-styled versions of Edvard Munch’s The Scream and Jacques-Louis David’s Napoleon Crossing the Alps, OverstockArt.com was inspired to develop its own presidential line of custom artwork, set for release on the site later this month.

“We’ve noticed an influx of requests that involve political and current events art and we assume that this is because there is a definite rise in public interest in the news and what’s going on in the world,” explains the site’s vp marketing Amitai Sasson. (At least we’ve got that going for us.)

The “Trump effect,” as Sasson calls it, is piquing buyers’ interest despite the country’s divisive political climate.

“Love or hate him, he’s keeping it interesting and people just can’t seem to get enough,” he notes. “We try not to voice a personal opinion about [politics]. We are creating these masterpieces to be tasteful and incorporate the personality of the subject with the mood of the masterpiece it is superimposed into.”

Though customers will be able to purchase oil-based designs of their favorite presidents, the collection is expected to reach beyond the nation’s leaders. World figures, references to current events and creations paying homage to Prince Harry and Meghan Markle’s recent royal wedding will also be available for personalization. 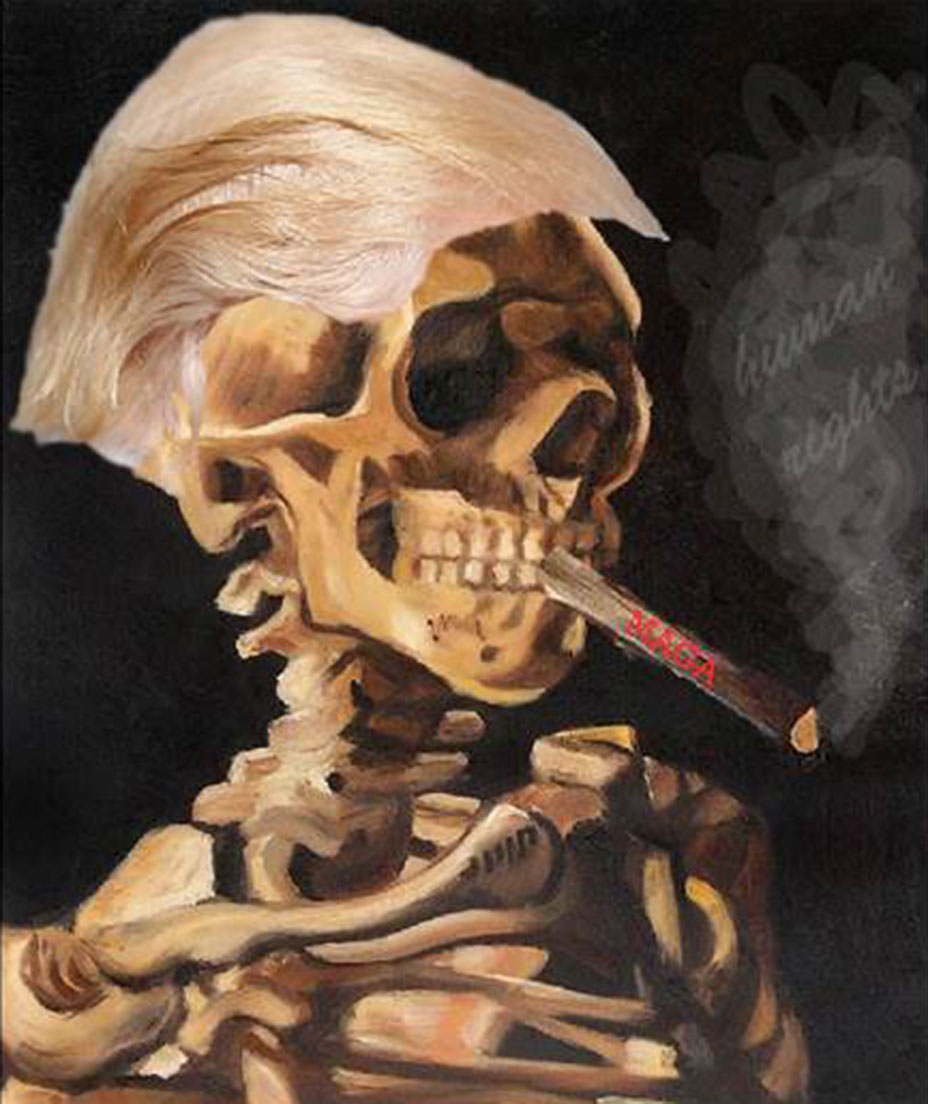 The process to order custom wall decor gives customers creative control; while some of the artwork is satirical in nature, other designs are created with a “more formal setting” in mind, says Sasson. “It’s a very involved process but the customers love it, as they get to be a part of creating a work of art,” he says. “They also get to critique the work once it is made by the artist and can make corrections until it is perfect.”

Fancy your mama as the Mona Lisa? In addition to the designs, OverstockArt.com is also planning to offer a “Star in a Masterpiece” program where buyers can place their friends, family and pets in familiar artworks as well.

“It’s just a very fun, new direction for our company,” says Sasson. “Though [we’re] known for creating innovative artistic designs from famous works of art, this time we are listening to our customers.”

Is This Donald Trump's Most Hated Artist?