Robert De Niro did not ban President Donald Trump from his Nobu restaurants, the actor’s rep on Thursday clarified to The Hollywood Reporter.

The Daily Mail reported that at the Nobu Hotel Marbella launch last week, De Niro said of Trump, “I don’t care what he likes. If he walked into a restaurant I was in, I’d walk out.”

When the Daily Mail asked who De Niro’s dream dinner guests would be, he allegedly replied that Trump would be stopped from entering the restaurants if he ever tried (and yes, Trump has been to Nobu before — more on that below).

Japanese chef Nobuyuki “Nobu” Matsuhisa then said, “It’s my dream for Trump to sit next to Bob. To make them sushi!” (De Niro and Nobu are both co-owners and co-founders of the Nobu restaurants.)

Quinn Redeker, Actor on 'Days of Our Lives' and 'The Young and the Restless,' Dies at 86

Looks like that could still happen, because when THR reached out to De Niro’s rep for comment, he said, “Bob has not banned anyone from dining at Nobu.” Regarding the Daily Mail‘s story, which has been picked up by dozens of media outlets worldwide, he added, “I know what they wrote. No one is banned.” 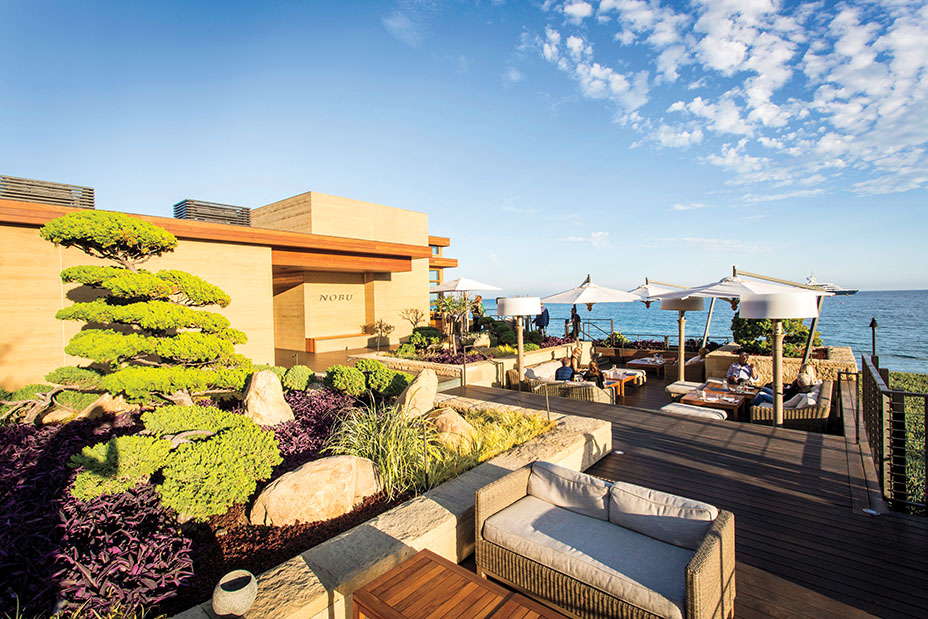 Though no one is aparently banned now, it’s not the first time the media has reported Nobu snubbing stars.

The Los Angeles restaurant once shut out Tom Cruise because it was full, only later to get a call from power agent Mike Ovitz about the incident, according to Express. In addition, the New York Daily News reports that Jeremy Piven (Entourage) was reportedly asked to never return to Matsuhisa in Aspen after he came in with 12 people and no reservation, and made a rude comment to the manager.

So there’s still a small chance President Trump could turn up at one of the 39 elite Japanese restaurants worldwide alongside other famous clients, which over the years have included Madonna, Cindy Crawford, Barbra Streisand, the Kardashians and more.

Trump dined at the Moscow outpost of Nobu in 2013, during the same Miss Universe trip when he stayed at the posh Moscow Ritz-Carlton, scene of the alleged pee tape.

De Niro has indeed been a vocal opponent of the president, slamming him at a recent fundraising dinner. “He’s still an idiot. And he lacks any sense of humanity or compassion,” said the actor. He ended by encouraging young people to become president and “restore integrity and dignity to the job.”