At around 1 p.m. L.A. time Saturday, Travon Free still didn’t have the shoes he and his co-director, Martin Desmond Roe, had planned to wear Sunday night as live-action short nominees for Two Distant Strangers at the Academy Awards. (The pair won a statuette for the film at the awards show.)

But FedEx promised they were solving the problem. A self-avowed “major sneakerhead,” Free — who has just become the first Black filmmaker to win an Oscar in the category — wanted to wear a pair of Jordans customized by Dan Gamache, whose Connecticut-based Mache Custom Kicks studio has become the go-to source for stars and athletes alike.

With the shoe designs completed, Gamache asked if he should send them to Free via rush shipping. “I told him, ‘We don’t need to do that, we have plenty of time,’” Free remembers with a laugh. “Boy, was I wrong.”

When the shoes didn’t arrive on time, he discovered that not only had FedEx misplaced the shipment, but they also didn’t have any record of it. Frantic that he hadn’t planned any alternatives for himself and his filmmaking partner, Free took his problem to Twitter, which caught FedEx’s attention.

Upper management got involved, and by 6 p.m. Saturday, Free had both pairs of shoes in his hands. “We could have found something else, but these shoes were part of a tribute, that’s why they were special,” Free explains.

For their Oscar-night looks, both Free and Roe wanted to honor the people who inspired Two Distant Strangers, which is the story of a Black man, played by rapper and actor Joey Badass, who is headed home to feed his dog, only to find himself confronted by a white police officer. 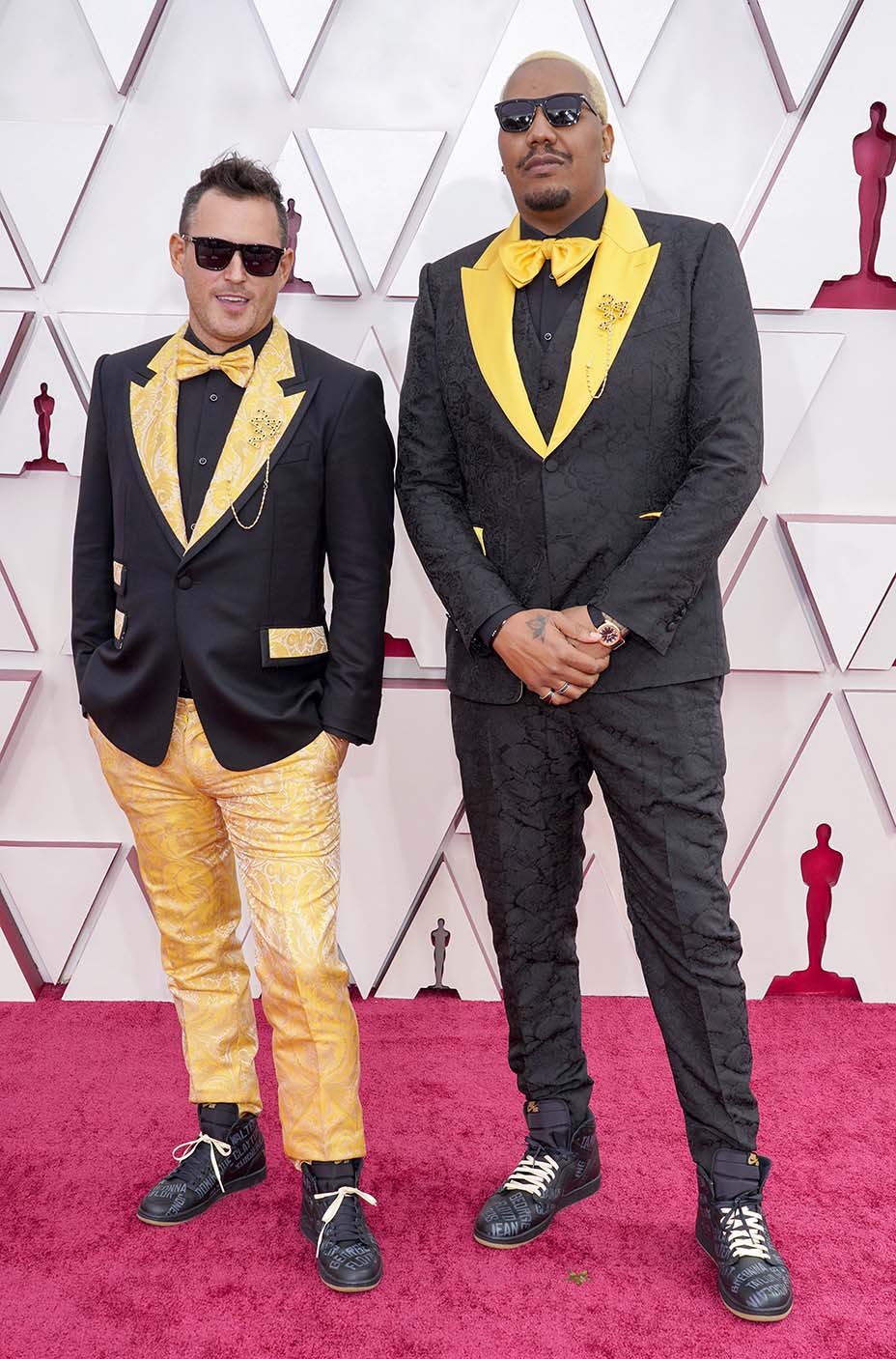 Free wrote the story using Groundhog Day as a jumping-off point, with the opportunity to explore how the encounter could play out in multiple, wholly different ways. The story is inspired by 17 people — Eric Garner, Breonna Taylor, Philando Castile and others — killed by police officers since 2014.

With that in mind, Free wanted to carry their names with him on Oscar night. “I think it was important for us to constantly want to be reminded of why we were doing what we were doing when we made the film, and to keep their names front and center as much as possible,” he says.

That concept was carried out in creating Free and Roe’s tuxedos, thanks to an assist from star stylist Tara Swennen. “I wanted to do something that was meaningful from all angles, to honor the beautiful work they had done,” she says. “I took the idea of dressing them to Dolce & Gabbana, and they were over the moon and said yes immediately. It was a beautiful collaboration.”

Domenico Dolce and Stefano Gabbana created a pair of matching tuxedos in black and gold jacquard — and if you look at the jacket linings or the silk back of Free’s vest, you can see the 17 names .

The 17th name is Daunte Wright, who was fatally shot by a police officer April 11 in Brooklyn Center, Minnesota. “I don’t know how they did it, but they were able to fit his name in as well at the last minute, which meant a lot,” says Free, who alongside Roe is also wearing custom-made lapel pins designed by Dolce & Gabbana that pay tribute to Kobe Bryant, a close friend and colleague of the pair.

The idea was extended beyond a sartorial tribute to include a donation by Dolce & Gabbana to Fix SAPD, a San Antonio, Texas-based organization that’s dedicated to police reform.

Also jumping in to dress Free and Roe were Raven Fine Jewelers in Los Angeles and Watches of Switzerland, which lent the pair vintage watches by Patek Philippe and Audemars Piguet; both companies included donations — to the NAACP — with their dressing placements.

Ultimately, the panic Free was feeling Friday has been replaced with gratitude, and Swennen agrees. “The tuxedos are super loud and match [Travon and Martin’s] fun personalities in that way that only Dolce & Gabbana can do, but you also see all these beautiful components that help to speak out against injustice,” she says. “It’s been one of the loveliest collaborations I’ve worked on in a long time, in a time when it’s really needed, to use fashion in an innovative but productive way.” 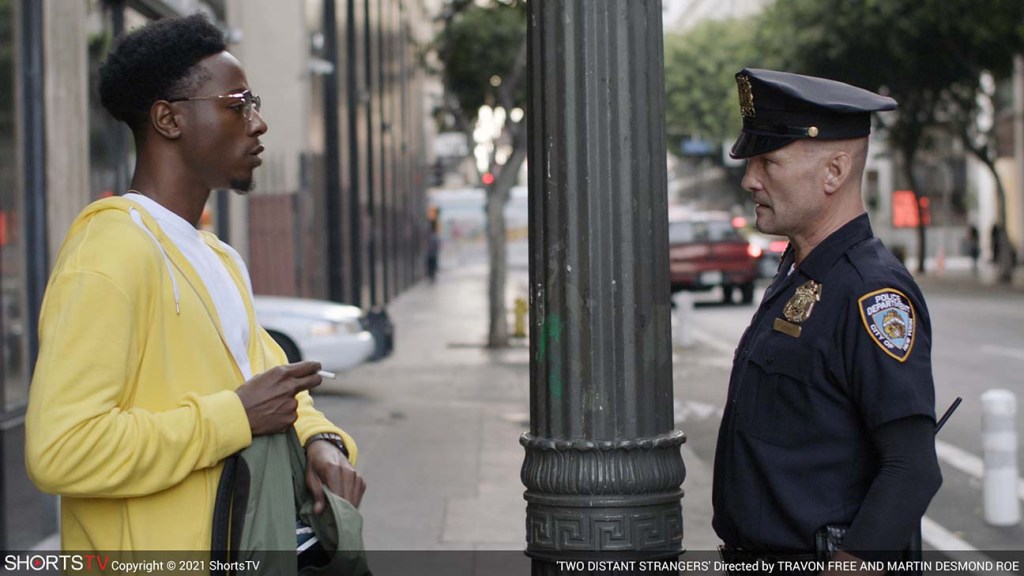