What do you do when you are trying to rescue a struggling house? Marco Colagrossi answered that question by balancing homage and direction for his first Emmanuel Ungaro collection. It’s no easy task for the Armani and Dolce & Gabbana alum, as the brand has been particularly battered in recent years with a revolving door of designers. It’s not unique to the industry right now (see: Lanvin, Guy Laroche) but a challenge when a designer is compelled to dig into the archive — it can inspire but also be a burden.

Which is exactly what happened to Colagrossi in this collection that had some good moments but was weighed down by reference. He paid homage to the brand with bright, bold floral print skirts that recalled the ‘80s originals and were the highlight of the collection, while floral appliques and floating polka dots felt like they were taken from a Delia’s catalogue.

White and yellow floaty, floral dresses were lovely and springy, but there was a troubling amount of tulle used as puff sleeves, Edwardian collars and see-through shirts. One step forward, two steps back. There were some pieces with potential here, if Colagrossi can find his footing.

It was a shame that he covered the interior of Yannick Alleno’s Ledoyen restaurant and garden in the shadow of the Petit Palais, shrouding the famed eatery’s gilded interior behind a plain black tent lit with neon. It could have been anywhere.

Andrew Gn, who has spent the last several seasons at the Palais de Tokyo, took inspiration from Japan. It makes sense for the Singaporean designer to pay homage to Asia, and once again it worked.

Gn’s dipped into this well before, creating a “modern geisha” a few years back. But this collection was lighter and looser than past Asian-inspired iterations. It’s not revolutionary to add an emblazoned T-shirt, but for Gn it feels fresh since he doesn’t play to the casual. That’s certainly not his audience — he does well on the red carpet and among socialites in Chicago and San Francisco. 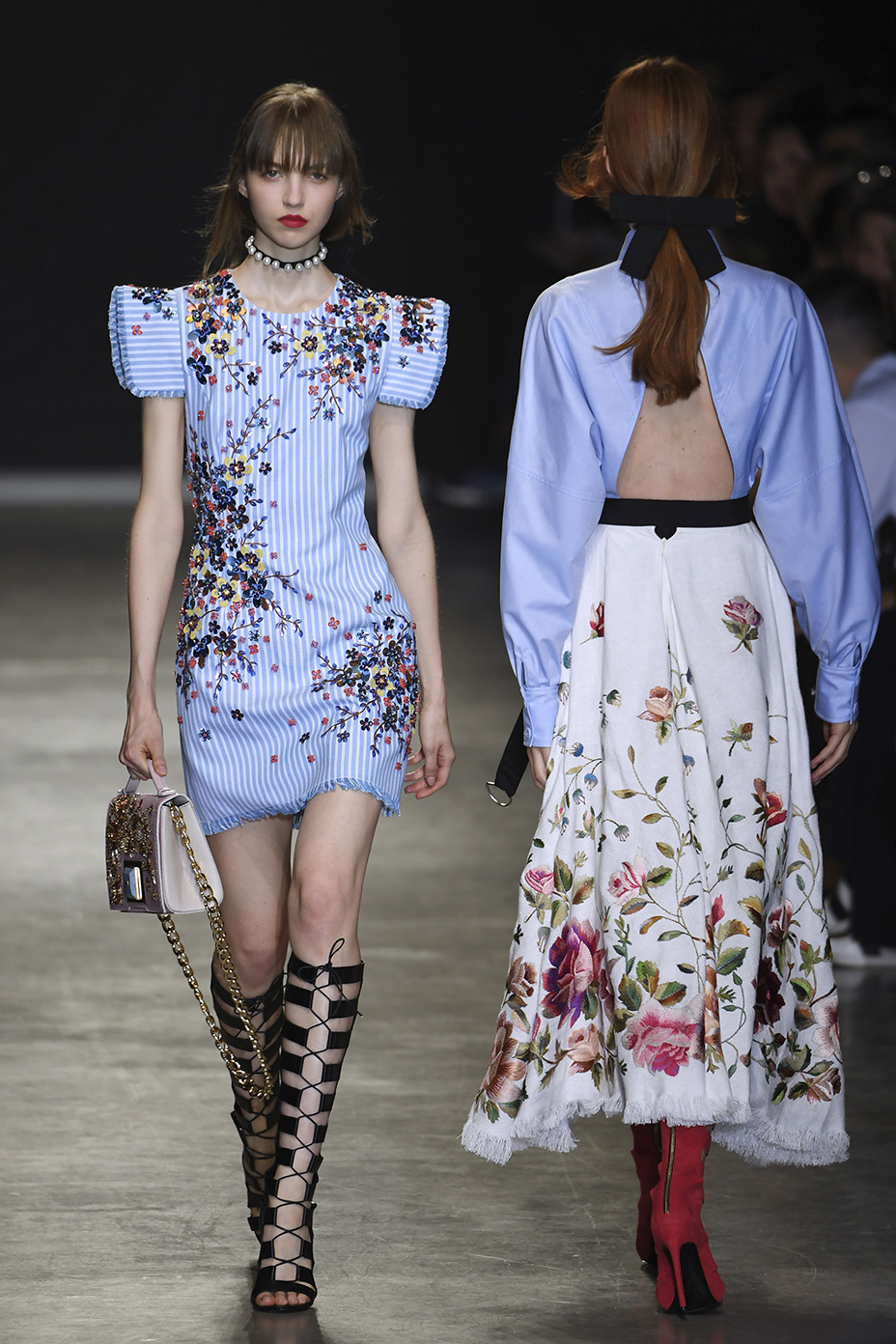 But while there may be an air of similarity, you never get the sense that he is grasping at something out of reach, be it youth culture or retro references. He does what he does well. Many of these looks are subtle reworks of shapes and themes he’s explored before: the bright florals from his garden collection (Rashida Jones rocked one at the Vanity Fair Oscar party), the Russian collection (Elizabeth Banks wore it at the Venice Film Festival).

Here he extended exaggerated shoulders seen in past collections to be reminiscent of a samurai warrior uniform, but didn’t overwhelm with a simple blue and white striped frock. Gn generally experiments more with print than shape, and his tailoring is always perfect. Every dress and pant fit like his couture collection. After some messy moments this week, it feels reassuring to have such solid construction. 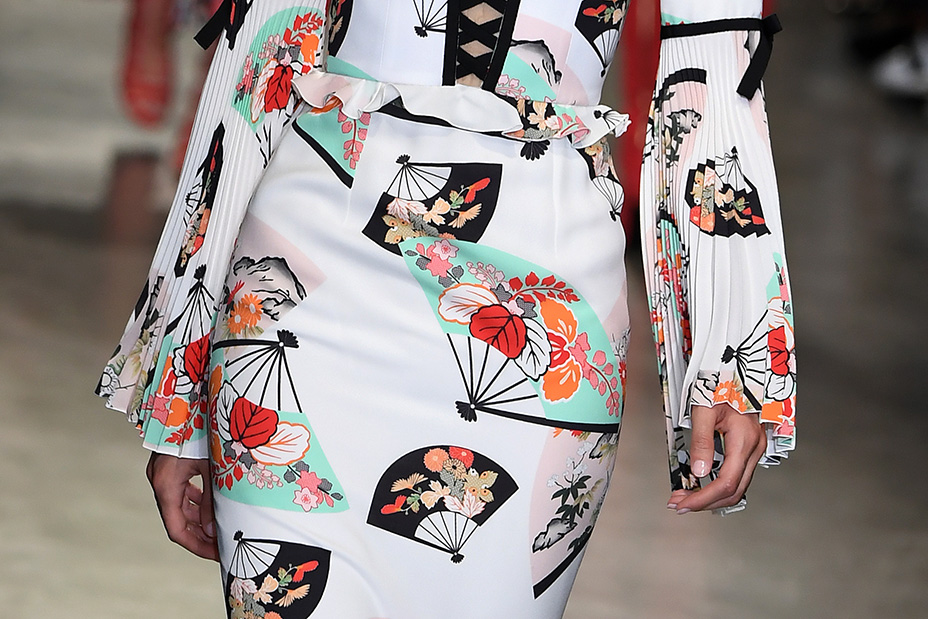 Akris designer Albert Kriemler has long taken inspiration from art and architecture, and this season he took it more literally, using the art of Alexander Girard as prints for this simply sculpted collection. The American artist’s towering funny faces, from bright smiles to angry frowns — the first emojis, if you will, a hand-cut and painted wooden doll collection he created in 1959 — greeted guests at the Palais de Tokyo.

They were printed on the first look, a colorful swinging coat, and they were present on dresses and suits as well. A wearer would have to have a certain joie de vivre to carry these off, but they were relaxed and structured to stave off any hint of silliness, and felt lighter and fresher than what we usually see from the Swiss house known for its power dressing.

The colors carried over into the rest of the collection in bright blues, reds and yellows on dresses and separates. A khaki dress looked fresh with asymmetrical shoulder and ruching at the waist, and a long black dress which appeared to be mesh at first glance was an intricate and impressive knit of Girard’s Roman Numerals sketch. The final look was a playing card of a dress, based on his “Double Heart” drawing, with panels placed strategically. It was bold for the family-owned house, and a bit of delight on a gray day in Paris.