Is there a more telling title for these times than “Unsettled,” a group exhibit currently on view at the Nevada Museum of Art in Reno through Jan. 21? When JoAnne Northrup, the museum’s curatorial director and curator of contemporary art, set out to tell a story about the Greater West — not just Hollywood’s streamlined version that spawned a film genre but the super-region of wide-open, misunderstood hinterlands and exotic locales stretching from Alaska to Colombia and all the way to Australia’s Outback — she didn’t imagine it would open during a spate of natural disasters, a refugee crisis and the threat of nuclear war.

“We are living in a time when everything seems unsettled,” she said during a talk at the museum’s triennial Art + Environment Conference, which was held last week and was hosted in tandem with the show’s reception. “The ambiguous title and absence of a subtitle are on purpose. We’re upending traditional exhibits and the hierarchies of art history and capitalizing on what makes the West unique — that it’s about where you’re going and not where you’re from.”

Collaborating curator Ed Ruscha has made a career out of this philosophy and its sense of place. His works appear within five themes totaling 200 works by 80 artists from the Greater West and spanning 2,000 years. His paintings Cowboy Picture and Atomic Princess are grouped in “Shifting Ground,” which addresses the extreme geophysical collisions, both natural and manmade, such as nuclear test sites, resulting in the West’s dramatic, and often abused, landscape. Re-created for the “Colonizing Resources” section, his iconic Chocolate Room is another treat for the senses. 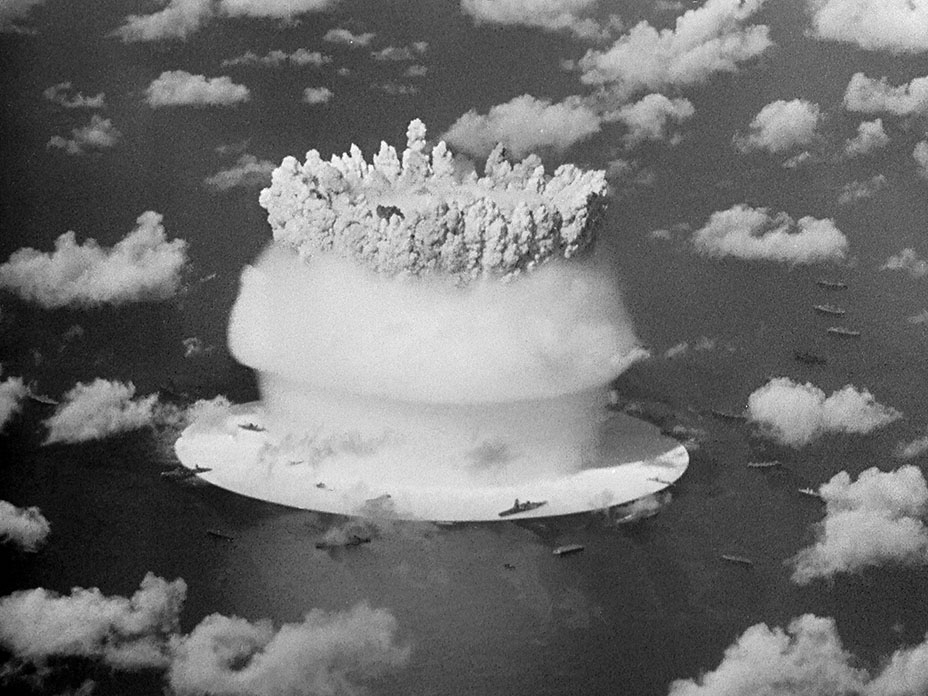 “Ed asks, ‘What does it mean to be an artist of the West?’ He takes risks and likes indigenous contemporary artists who are way off the grid but speak contemporary language,” said Northrup of Ruscha’s enthusiasm to participate with multiple artists, in all stages of their careers, no less, versus his usual solo shows. 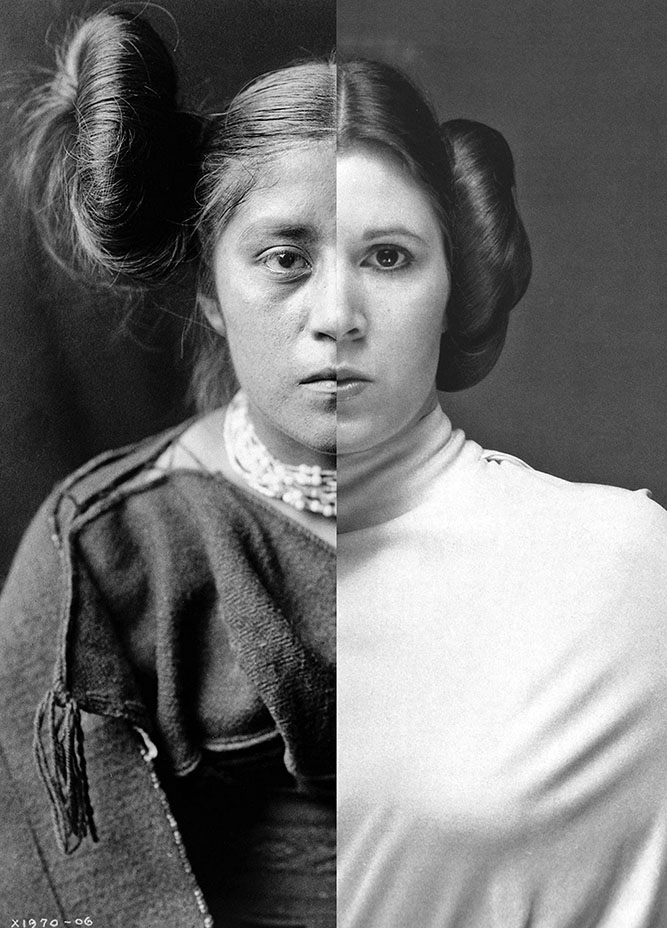 More than a handful of works were commissioned. The museum hopes to acquire Frohawk Two Feathers’ Map of the Greater West, Or, The Lemurian Triangle, whose faux antique patina comes from coffee and tea stains. The Los Angeles artist and musician’s elaborate drawing references a patchwork history of colonial violence (Aboriginals, Dole pineapples) presided over by King Ferdinand and Queen Isabella of Spain. A more unusual commission was asked of Bruno Fazzolari, a San Francisco-based fragrance artist who created the exhibit’s custom namesake scent. Available in glass vials and limited-edition, mushroom cloud-shaped bottles in glow-in-the-dark uranium glass through the museum and his website, the sandalwood-dominant fragrance will be distributed at retailers like Luckyscent and Twisted Lily when the show closes.

“Having all these fragrant works was definitely a challenge as a curator. I didn’t want them to fight,” said Northrup, who also had to contend with Sonia Falcone’s Color Field, a commissioned, large-scale spice installation. “In the beginning, you could smell it from the entrance.” 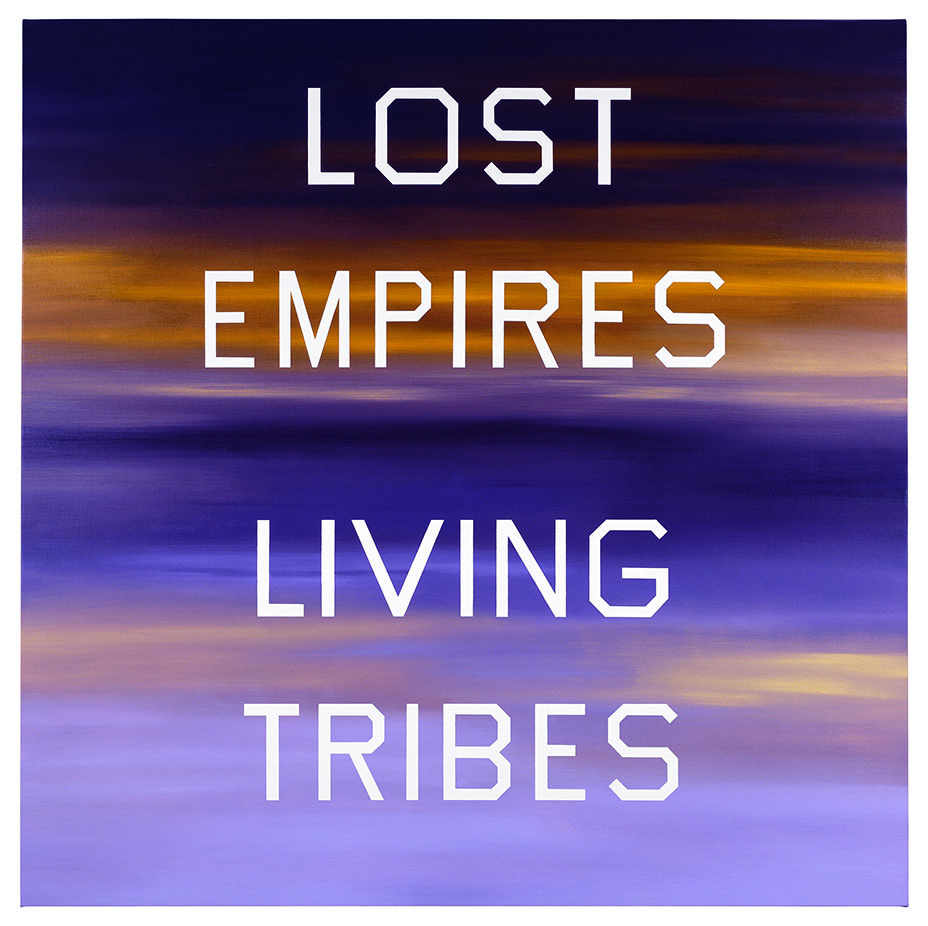 The exhibit travels to Anchorage Museum from April 6-Sept. 9, 2018, and Palm Springs Art Museum from Oct. 27, 2018-Feb. 18, 2019, but not all its works will be joining. For example, it was a coup to get Gerardo Murillo’s The volcano in a starry night, a painting that’s considered a national treasure of Mexico, this far.

The more ambitious original exhibit is just one reason to visit this gem of a regional institution, which is embarking on a wave of exciting projects. During the conference, Miami art collectors Dennis and Debra Scholl donated 200 works by contemporary Aboriginal Australian artists to the museum, as well as to the Metropolitan Museum of Art and the Frost Art Museum in their hometown.

Keynote presenter Rem Koolhaas, who has been engaged as a design consultant for the museum’s expansion and boutique hotel, shared his plausible, innovative concept to build a satellite at the nearby Tahoe Reno Industrial Center, the world’s largest industrial park that is home to Tesla and Switch. Recent MacArthur Fellow Trevor Paglen, whose works are featured in “Unsettled,” spoke about Orbital Reflector, his satellite purely for the sake of art. If all goes as planned, the Kickstarter-funded collaboration with the museum’s Center of Art + Environment will blast off next summer.