When Candice Swanepoel posed nude for the cover of Russell James’ “Collectors Only” edition of his photobook Angels, she felt liberated knowing that the photographer intended to capture a “real, raw and authentic” image.

“That was taken after a Victoria’s Secret shoot. We were in the creative moment. Russell’s pictures are just so iconic. You always know that it’s going to turn out beautiful,” she told The Hollywood Reporter last week at the Angels relaunch party during New York Fashion Week. “The great thing about Russell is that for every shoot, and especially for this book, he always wants to highlight the natural beauty of whoever he’s working with.”

Russell’s work, which embraces imperfections — birthmarks and folds in the skin are most often left alone in editing — has inspired Swanepoel to celebrate every part of herself, “flaws and all,” she said, “even on social media.”

Honored to be on the cover of @russelljames special limited edition Art book #Angels- Only 1000 copies were made and it’s Launching tomorrow! And yes that’s me in my birthday suit…Sorry dad and Thanks mom for putting me in ballet class. www.angelsbyrusselljames.com

Asked if she’s ever tempted to alter her appearance in today’s Instagram era, the South African stunner explained why she refrains from using apps like Facetune on her phone.

“I love to put filters on my own photos and play with the colors, but I don’t feel that it’s right to make yourself look skinny. And everyone can see when it’s done. It’s quite obvious sometimes,” she said. “And I’d never do it because then I’d get a bunch of comments like, ‘Oh my God, you look too skinny!'”

Swanepoel’s fellow Victoria’s Secret Angel Sara Sampaio — who is also featured in James’ book, alongside Lais Ribeiro and Jasmine Tookes, among other heavenly bodies — told THR that she has made the “unfortunate mistake” of digitally adjusting her already svelte, five-foot-eight frame.

“I’ve fallen into making the unfortunate mistake of trying to change my body with Facetune because you do get self-conscious,” Sampaio admitted. “You see so many beautiful bodies on Instagram, so it’s hard not to compare yourself.”

But, these days, the Portugal native — who currently boasts 6.7 million followers on the photo-sharing platform — says she only employs the magic of apps to correct blemishes. 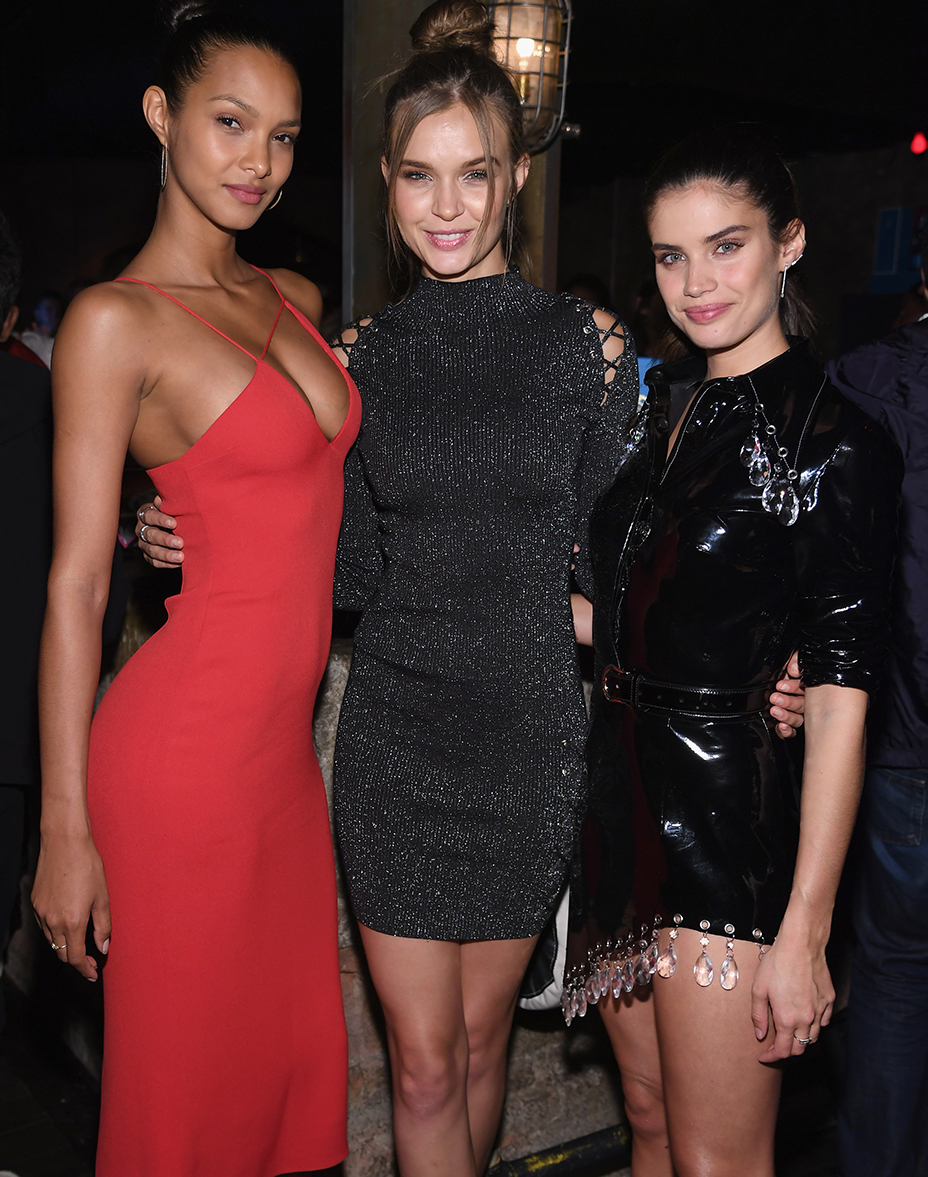 “I’ve really been trying to stay loyal to who I am and just embrace my body. I’ve told myself recently that I’m not going to change my body anymore,” Sampaio continued. “I’ll just fix a pimple here and there. I do want to be a good example for the young girls who follow me, so I’ve been doing my best to keep it natural.”

“There’s a danger to apps like Facetune. It sends a message to girls that ‘beauty’ is unattainable. What happens when a girl looks in the mirror and she can’t shrink her waist in real life?” the model pointed out. “I’d never touch my body simply because I know a lot of girls look up to me and I don’t want to add to their self-esteem issues. What you see is what you get on my Instagram page. I’m not perfect.”

Tookes also uses her social media channels to show off her shortcomings, free of Facetune. “We all have imperfections. I’ll post photos where you can see stretchmarks. I would never blur that out of my photo because I actually think it’s really nice to see. Because it’s real,” she told THR. “And we choose to put it out there.”

“And it’s cool for the fans to know that it comes from us and it’s not coming from any outside source,” the runway fixture added. “So, if our fans can see that we also have flaws when we are not posing for a swimsuit or a lingerie campaign — and, most importantly, that we are proud of them — then hopefully they can feel comfortable enough to embrace their natural beauty as well.”