Viola Davis looked as elegant as ever at Sunday’s red carpet.

The actress, who works with longtime stylist Elizabeth Stewart, stepped out in an orange Zac Posen gown and Harry Winston jewels. 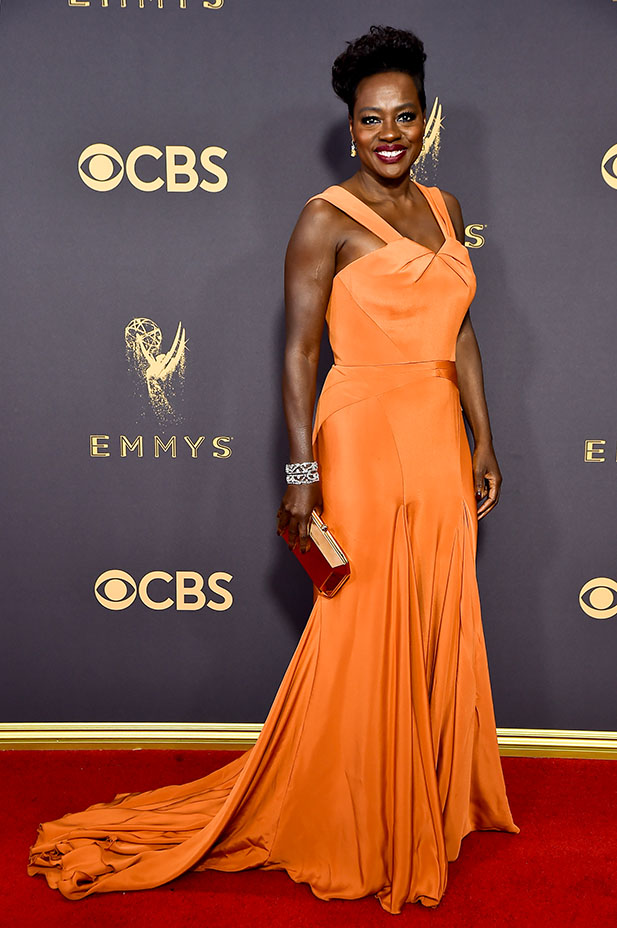 Davis is nominated for best actress in a drama series for her role in How to Get Away With Murder. Davis made history at the 2015 Emmys, becoming the first black actress to win in that category. That year she also delivered an impassioned speech addressing diversity in Hollywood, saying, “The only thing that separates women of color from anyone else is opportunity.”

Claire Foy (The Crown), Elisabeth Moss (The Handmaid’s Tale), Robin Wright (House of Cards), Keri Russell (The Americans) and Evan Rachel Wood (Westworld) are also up for the same award.