The actress, styled by Elizabeth Stewart, stepped out in a bright yellow, single-shouldered Michael Kors gown. 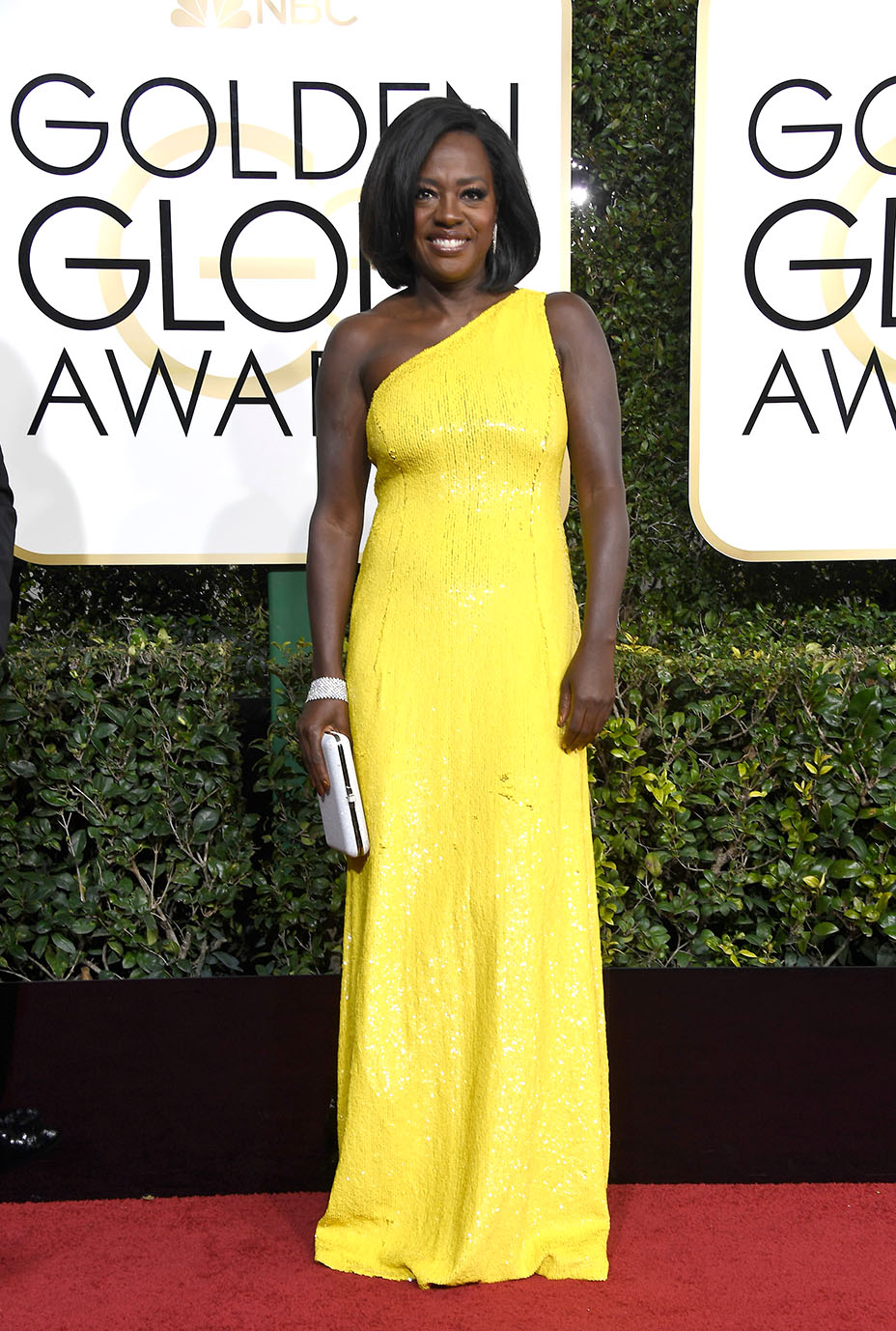 Davis is nominated for best performance by an actress in a supporting role in any motion picture for her role as Rose, wife to Denzel Washington’s Troy Maxson, in American drama Fences. Naomie Harris (Moonlight), Nicole Kidman (Lion), Octavia Spencer (Hidden Figures) and Michelle Williams (Manchester by the Sea) are nominated in the same category.