Fashion is full of tribes. Friday, in Paris, two very different tribes were celebrating heroes at the same time. On the Left Bank at Invalides, Hedi Slimane made his much-anticipated debut at Celine, while just up the road at La Cité de La Mode et du Design — Paris’ chicer alternative to the Jacob Javits Center — Virgil Abloh debuted his latest X-somebody collaboration.

Both attracted the designer’s fans, but in the case of IKEA, those fans were able to purchase one of four limited-edition rugs that the Off-White founder designed with IKEA. Using a Foursquare bar scan worn on hang tags of special “assistants,” guests were directed to the website via their phones to shop for one of the styles which were tucked behind the gallery-like setting that displayed them amongst fringe and fancy chicken-wire sets.

Among them a take on an Oriental rug read “KEEP OFF,” while a plain grey style read “GREY” with Abloh’s signature and series date. Another popular style read “STILL LOADING” and mimicked a pixelated image loading in four-color on one half while the remainder of the rug was still white, indicating the blank screen one faces with spotty WiFi connections. All very Virgil. Not so very IKEA.

an initial release of a body of work titled “FLOORING” via @ikeatoday september 29th at 11am. temp store located at 34 Quai d’Austerlitz 75013 paris, france

According to Henrik Most, (he’s that guy in the catalogs!) a creative design leader at IKEA, and lead creative point for the collaboration with Abloh, the Swedish modern-design company is looking to bump it up a notch. They’re aiming to appeal to not only the millennial just starting out and looking to furnish their home in style with a budget, but anyone who is design-minded in that regard. The two met via West at the Salon de Mobile Milano Design Fair and realized they shared a similar design outlook.

When the two met, they knew they shared a common desire to address this “social” issue of young people in urban environments needing stylish affordable furnishings. “Virgil was an architect and had made pieces; we knew he was passionate about design. Working with us at IKEA in industrial design, I think he learned that the process is much longer than fashion,” said Most. 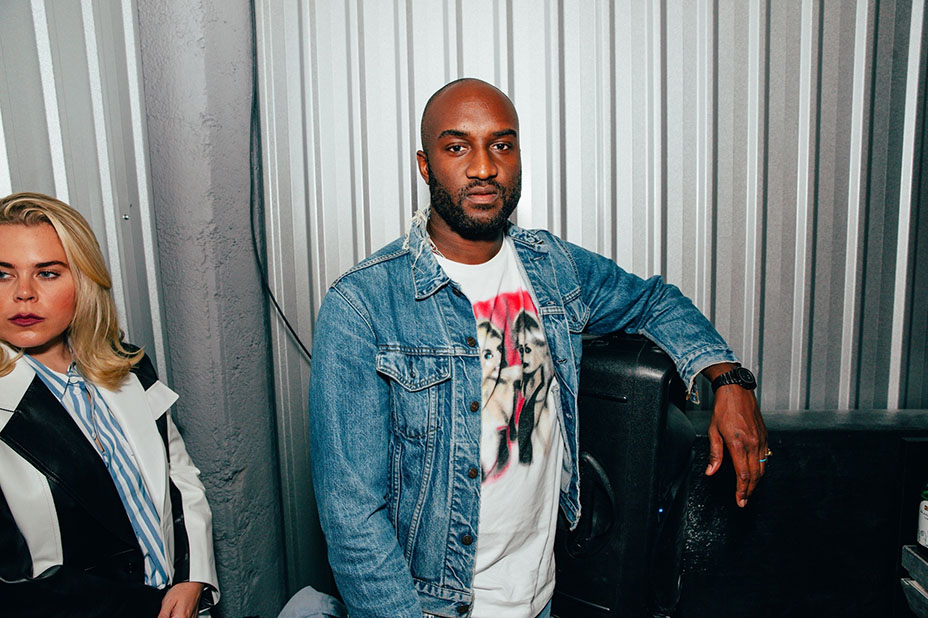 For instance, at IKEA, a product must pass safety, sustainability, functionality and sourcing issues.“These challenges in design triggered Virgil’s creativity. I think he learned that designing furniture is a journey,” said Most.

The creative director went on to say that what he found most genius about Abloh was his ability to tap into both left and right brain activity, adding, “He possesses a strong imagination and intuition matched with an intellectual level that allows reflectiveness but also trusts one gut.”

The multi-faceted designer and newly appointed creative director of Louis Vuitton was on hand to greet the first batch of fans/customers who were already stacking rugs in Ubers within the first 30 minutes, but was caught ditching the event, if only temporarily, telling The Hollywood Reporter, “Don’t worry, I’ll be back” (he was keen to hear the DJ set among other things) as he dashed out to catch another fellow creative cut a rug of his own at Celine. 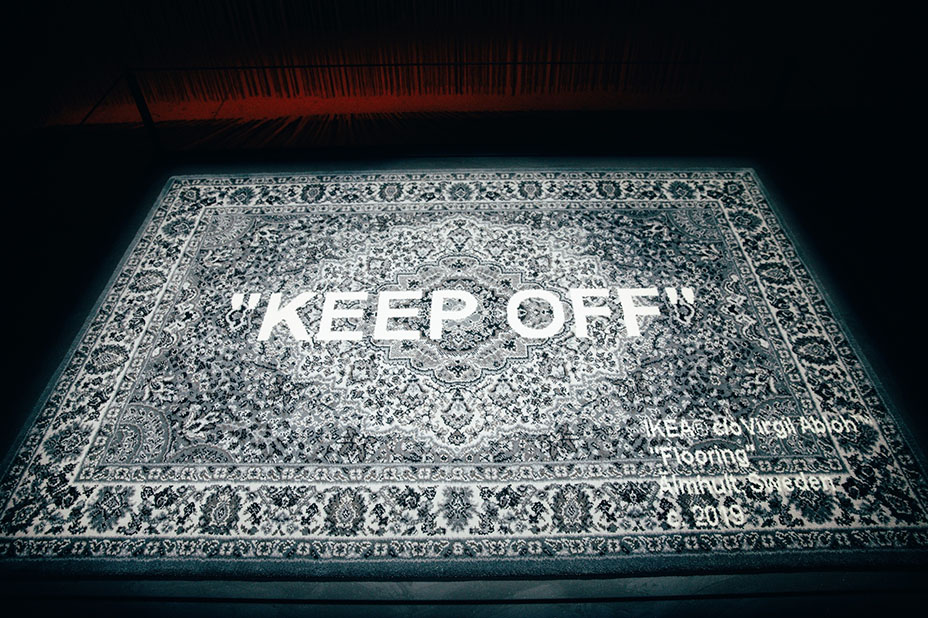