In recent months, designer Virgil Abloh has been rumored to be heading a lot of places, including to top jobs at both Givenchy and Versace. But the founder and designer of cult label Off-White looked right at home Thursday night with his own Off-White collection, which took a princessy turn for spring 2018, complete with the princess of all catwalkers.

It was none other than Naomi Campbell who closed the show, perfectly embodying Abloh’s vision of ladylike streetwear in white Spandex bike shorts and a tailored white blazer with side peplum detail. 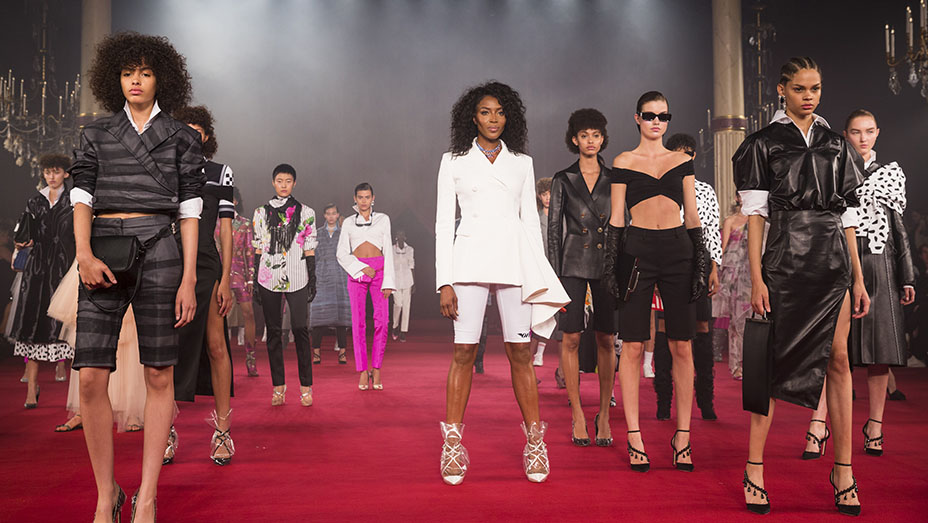 Abloh has come a long way since he was “discovered” by Kanye West in 2003 and served as the musician/designer’s creative director. He went his own way in 2014, founding Off-White, and the brand soon became a favorite among hype beasts and editors alike thanks to edgy denim and military jackets and some headline-grabbing collaborations with such unexpected brands as IKEA and Warby Parker. In recent seasons, his offerings have become more and more sophisticated. 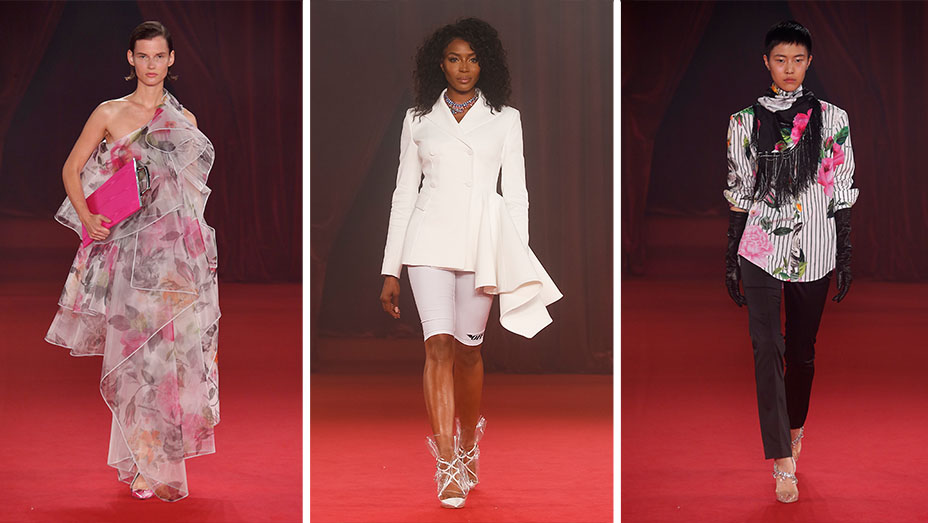 On Thursday, Abloh worked the themes of sexy and sweet into his new collection, which featured dressed-up pieces inspired from photos of the late Princess of Diana, who died 20 years ago. The result was an 1980s-tinged sugarfest, from the Pepto-pink polka dot long-sleeve dress to a floral jacquard shorts suit to a great-looking white, corseted button-down shirt.

He was sure to add a few humorous touches, too, namely those plastic-encased stilettos from his latest collaboration with British shoemaker Jimmy Choo. And, in a runway nod to real life, one of the models carried her heels and wore her sneakers, something to which most women can relate.

I can relate to carrying heels and wearing sneakers @virgilabloh #pfw pic.twitter.com/T1a2lzVc9H

Speaking of relatable fashion, Isabel Marant is the longest-running champ. She’s built an empire on the kind of basics with a twist that women wear every single day. And this season, she’s hoping to work her magic on men, too. 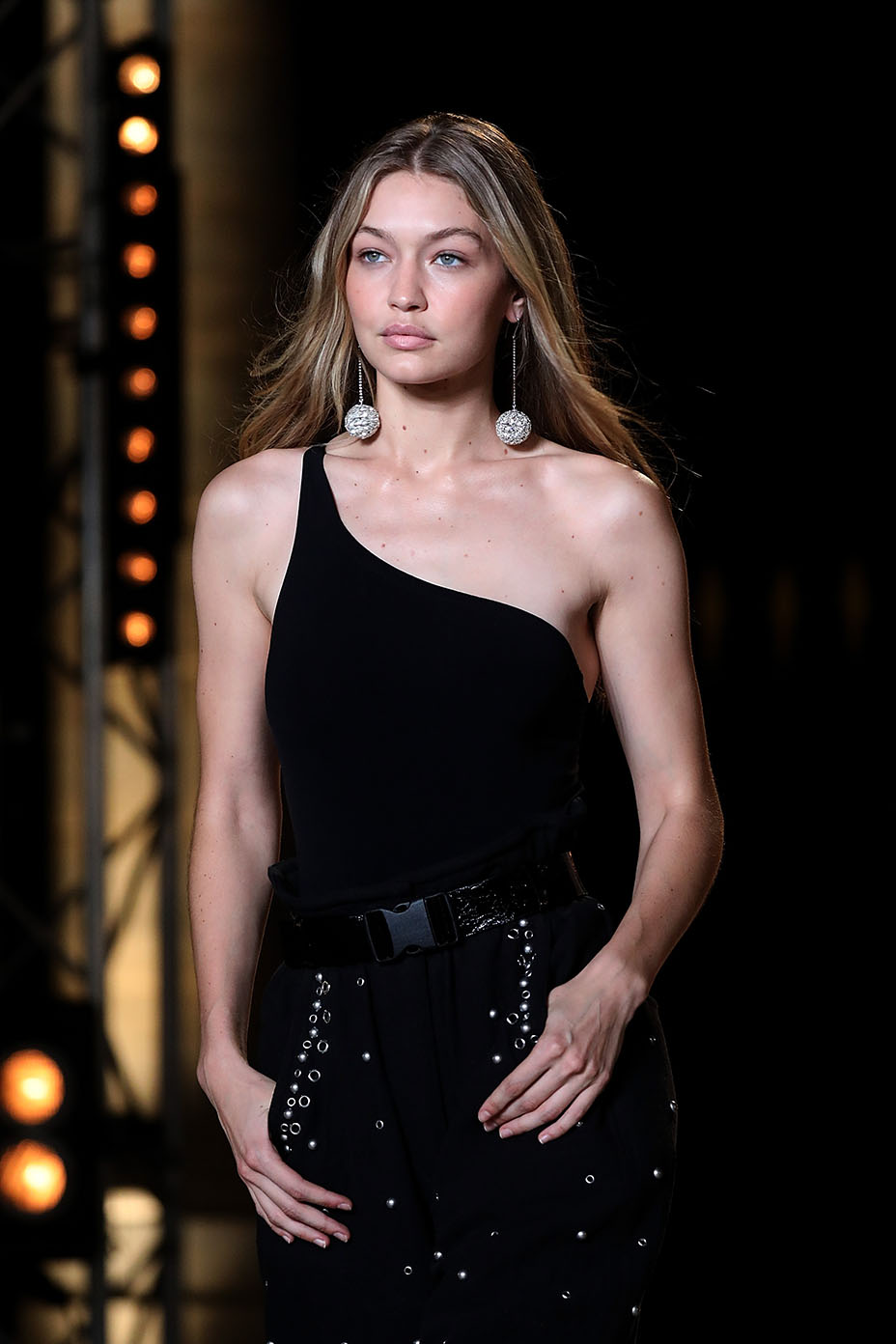 Marant revealed her first menswear pieces on the runway on Thursday night, in the same color palette and with the same surfy vibe as her women’s collection. “It’s not about transgender but more about unisex. I like the gray area of wardrobing where pieces are exchanged,” she wrote in the show notes, name checking David Bowie, Kurt Cobain, Mick Jagger and others as inspiration. 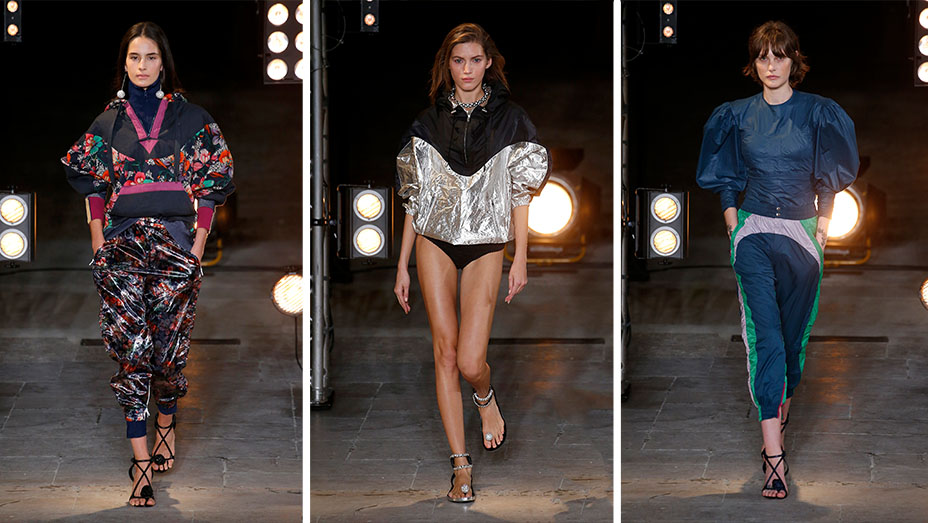 The biggest takeaway from the show? Marant is making a serious case for bringing back parachute pants, showing both color block and metallic versions, some worn with frilly blouses, others with sexy one-piece bathing suits for the ultimate in beach chic. Marant has a nose for must-have shoes as well. For spring, there were some heeled sandals with crystal ankle straps, but mostly it was about fun flip-flops with roses on the toes — in case you want to forget the heels altogether and hit the sand. 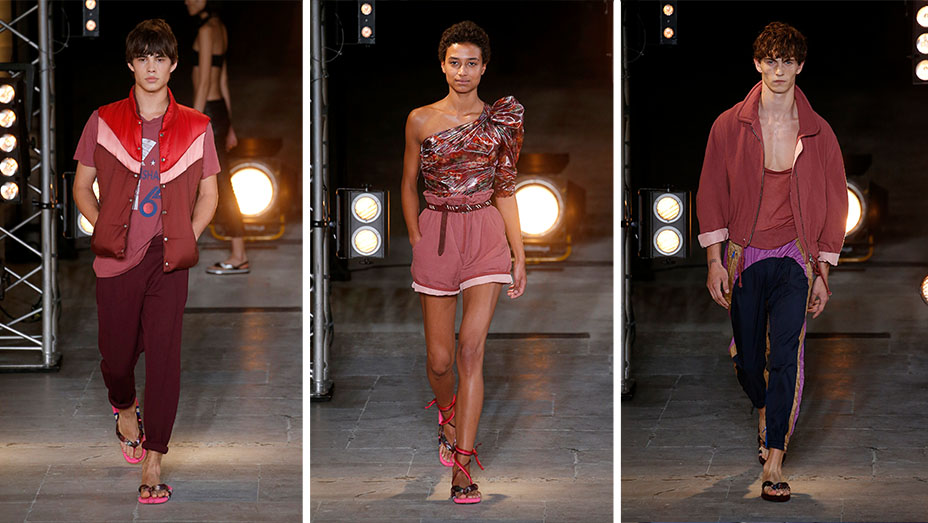