Continue to The Hollywood Reporter SKIP AD
You will be redirected back to your article in seconds
Skip to main content
February 7, 2018 5:29am

Can VR save the shopping mall? A group of Hollywood vets is making a strong case.

Button your seat belts and forget your acrophobia: “Alien Zoo,” the long-anticipated debut creation from location-based virtual reality startup Dreamscape Immersive opens today in an exclusive run through March 2 at Westfield Century City. Moving beyond 360-degree VR video, the 12-minute multisensory experience uses cutting-edge, body-mapping technology created by Swiss research institute Artanim (exclusively licensed to Dreamscape Immersive for entertainment and retail) that allows up to six participants to step into a cinematic world by means of an avatar that moves with their every step as they see, smell, hear and feel the story. Forty-minute time slots involve gearing up with sensor-equipped gloves, shoe covers, a backpack and a headset.

Jean-Marie Lavalou, Co-Inventor of the Remote-Controlled Louma Crane, Dies at 76

“Our partners at Artanim come from the world of medical imaging; because of their understanding of how the body works, we’re able to track relatively little information (the position of your hands and head and feet) and the algorithms fill in all the blanks,” says Dreamworks Immersive co-chairman Walter Parkes, co-founder and longtime president of DreamWorks Entertainment, who gave THR an exclusive sneak peek. “If my hand goes up here, the computer sees it and knows that my shoulder’s going to go up like this. As a result, we’re basically updating your position in real time.” 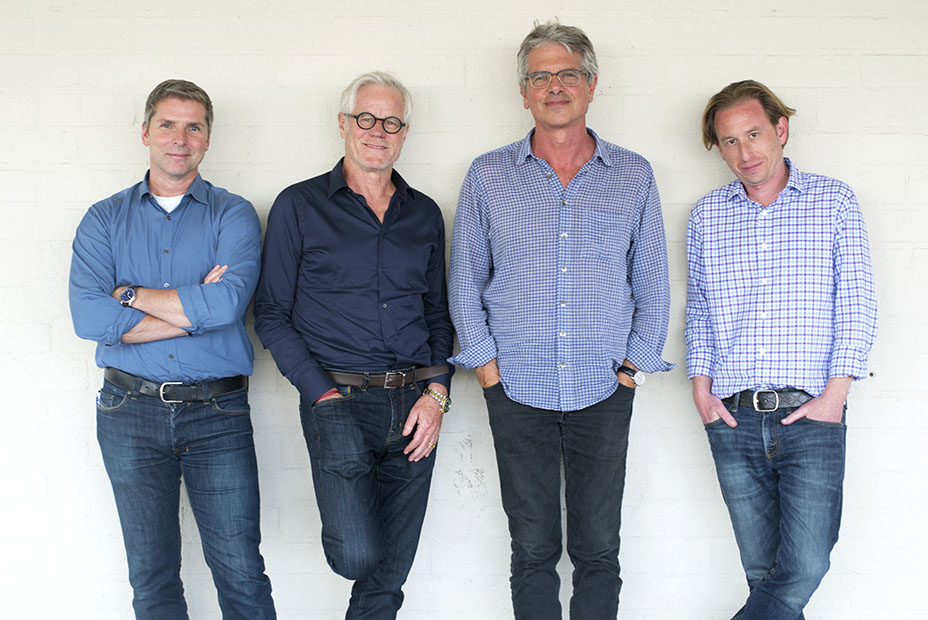 “We’re pushing into some deep storytelling; the story begins here with the Intergalactic Wildlife Federation and all of the creatures you’re going to see on the extraterrestrial journey,” says Vaughn, citing the fictional organization in the plotline and gesturing around the entryway to “Alien Zoo” at Westfield Century City. Decorated in warm, inviting earth tones by celeb-loved L.A. interior design firm Nickey Kehoe, the room resembles a cross between a cozy den and a private explorer’s club; on display are detailed depictions and descriptions of the galaxy’s most endangered creatures. 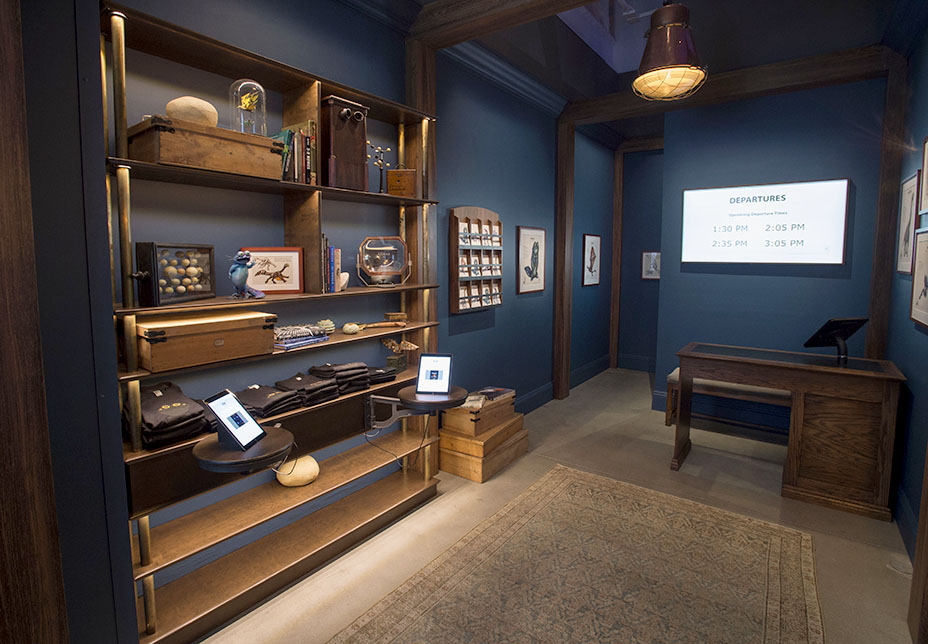 “We decided to start with an original piece of content,” says Parkes. “A lot of these things tend to be tied to movies, and our next set of properties will be connected to major franchises, but we thought it was interesting to start with something new.”

During the ride in a space-like vessel, the boundaries of reality seem to unravel as participants pet and play catch with virtual creatures, pop colorful globes of projected light with their fingers, feel the damp breeze of a waterfall or the spray of animal saliva on their cheeks, smell the musky scent of a cave and feel the pounding attacks of a faux beast.

“There are all sorts of very small details of sound design, of scent, of atmosphere,” adds Parkes. “And lighting is huge. We’re casting shadows properly. You’re not necessarily aware of any one of the details, but they all accrue to the sense of an experience that is pretty real. These Disney geniuses brought in a box of scents and there are crystals named things like ‘Foul Animal Breath.’ That’s one we stay away from; you can’t push it too far!”

“The combination of the physical and the virtual is when this stuff really becomes magic,” says Vaughn. “It’s a bit of theater, quite frankly. A lot of it is a play with the subconscious just enough so that your lizard brain, the amygdala, is believing that this is happening and then you have a suspension of disbelief and people are suddenly deep in the narrative. It’s a very nuanced thing.” 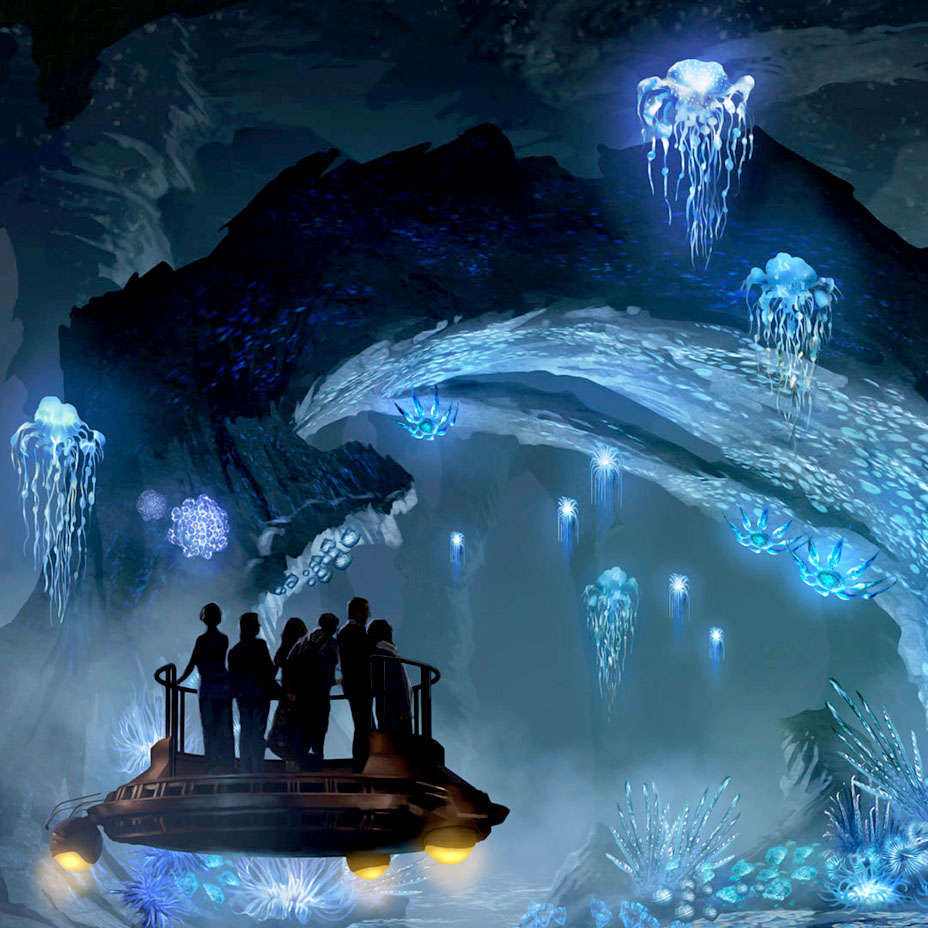 “Being a moviemaker and storyteller is so much about the frame as a point of view, knowing what characters are looking at and what detail you want your audience to pay attention to in order to tell a story,” says Parkes. “But those two things are out the window here, so we have to create a situation where it’s built into the experience. I think when we’re successful, the revelation is that you’re the character. So suddenly your behaviors are what’s driving the story forward, which takes the place of a frame because you are your own frame.”

As for what’s next, Parkes notes that the permanent Dreamscape Immersive flagship is still likely to be located at Westfield Century City, although details are not finalized. There are also plans to open four to six AMC locations within the next year and, within the next two months, to bring the “Alien Zoo” pop-up theater to the Middle East, as part of a partnership with Majid Al Futtaim, owner of shopping malls, leisure properties and Vox Cinemas.

“When you hear VR, you tend to think tech and gaming and being alone in a headset but we’re going for something different,” says Parkes. “It’s very important for us to bring this into a mainstream environment. The future of the retail business and the movie business is about entertainment and dining, because there’s really nothing that you can’t buy online, so you have to offer something more. Ultimately, Dreamscape centers will have more than one experience, like a multiplex, with four or six different VR titles available and a social space where people can have coffee or a glass of wine, hang out and talk about it afterwards, as a new entertainment center.”