Those who have been longing for the deliciously tacky red-carpet fashion of yore, the olden days of Bjork swan dresses and Celine Dion backwards tuxedos, the time before Hollywood stylists made worst-dressed lists a thing of the past, behold the MTV VMA Awards!

The celebration of pop went off Monday night at Radio City Music Hall in New York City with more than one head-scratchingly odd style statement. And you know what? It was kinda fun, more costume party than fashion runway, like this year’s “Heavenly Bodies”-themed Met Gala only less righteous.

Met Gala Fashion Review: From the Sublime to the Ridiculous

How else do you explain feminist agitator Amber Rose dressed like a she-devil and Algee Smith like a circus ringmaster in fire-engine red Moschino? Enough with airbrushed perfection, streetwear cool and all that, bring on the wacky and weird! 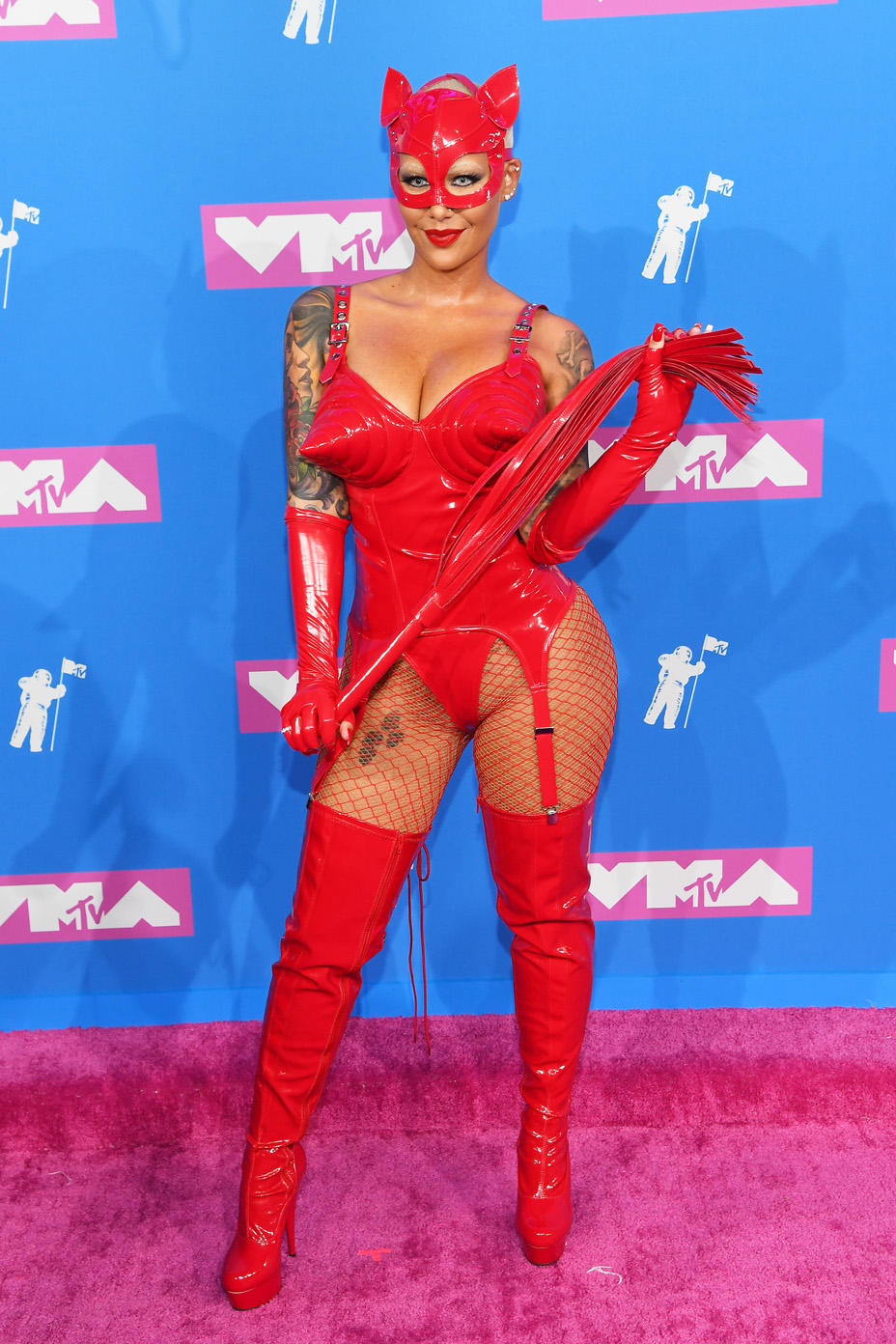 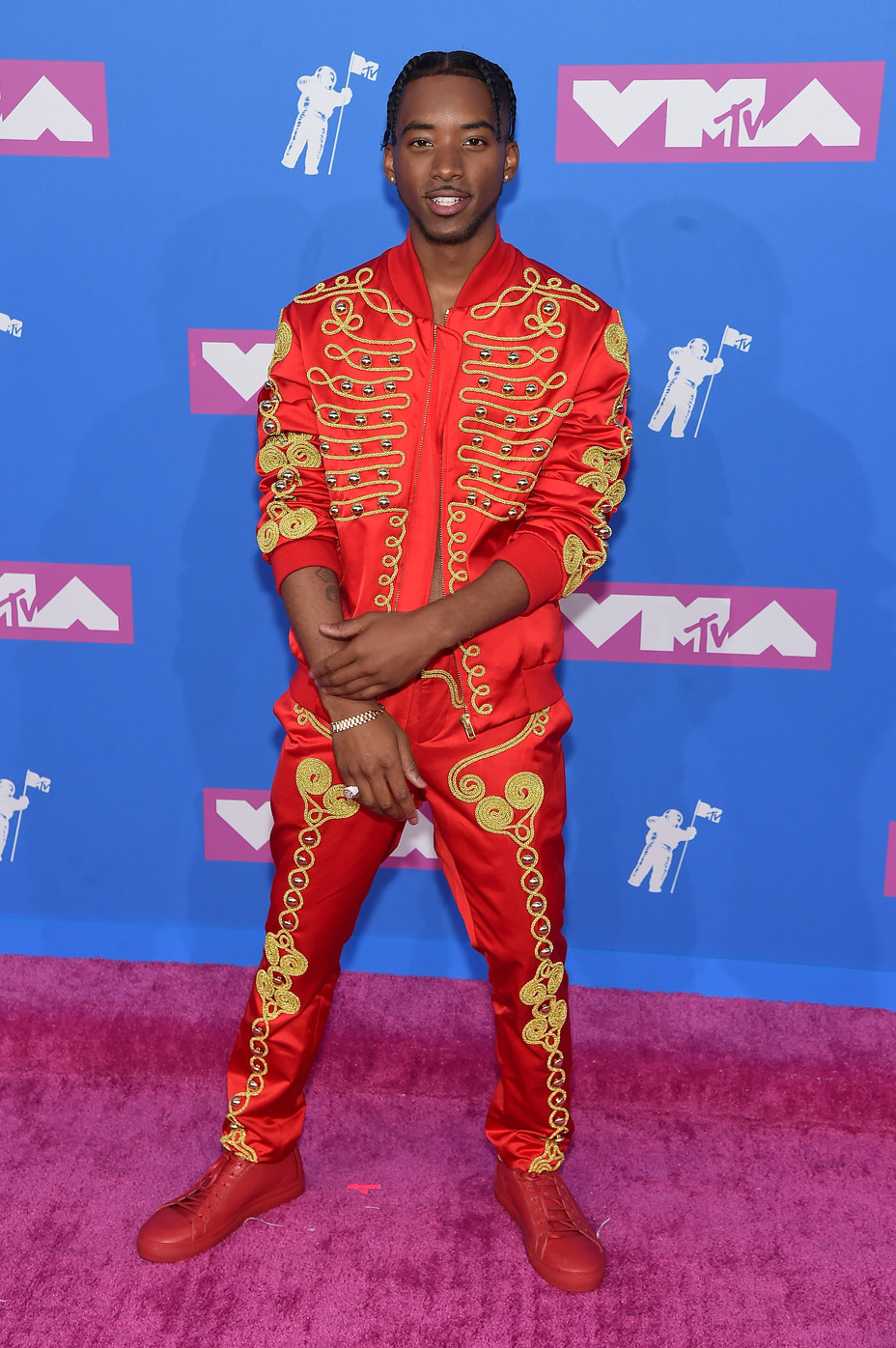 The weirdest and wackiest by far was Madonna, straight from her 60th birthday trip to Africa, wearing traditional African clothing to give a self-serving onstage tribute to Aretha Franklin, the Queen of Soul. Oh Madonna, once a cultural appropriator, always one. The outfit and her words set Twitter ablaze. 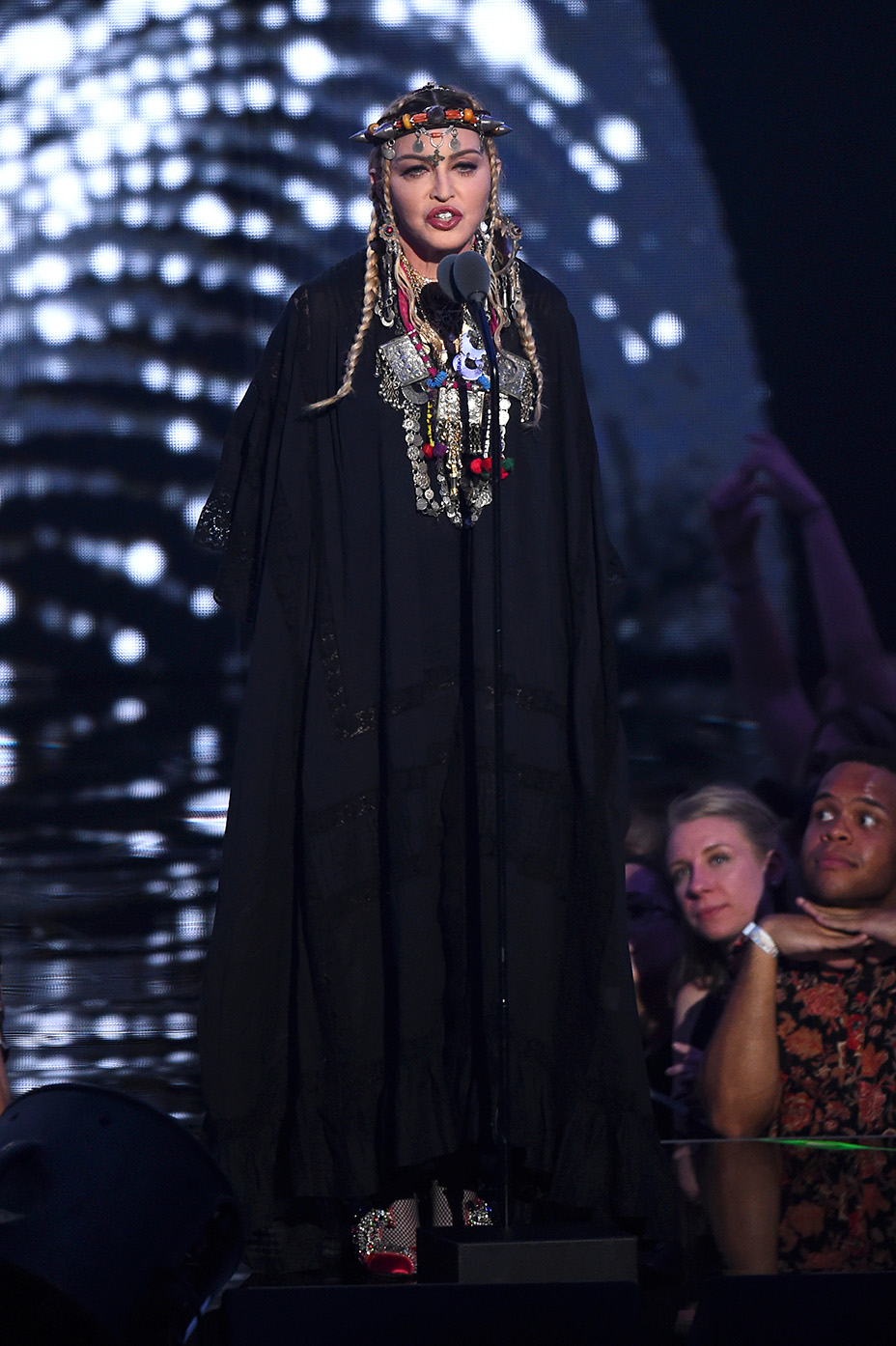 Also newsworthy was Ariana Grande looking like a tinfoil pixie, making her first red-carpet appearance with fiance Pete Davidson, who it should be said made considerably less effort for the evening, though he did sport a friendship bracelet with his betrothed’s new monogram, AGD. Those crazy kids. 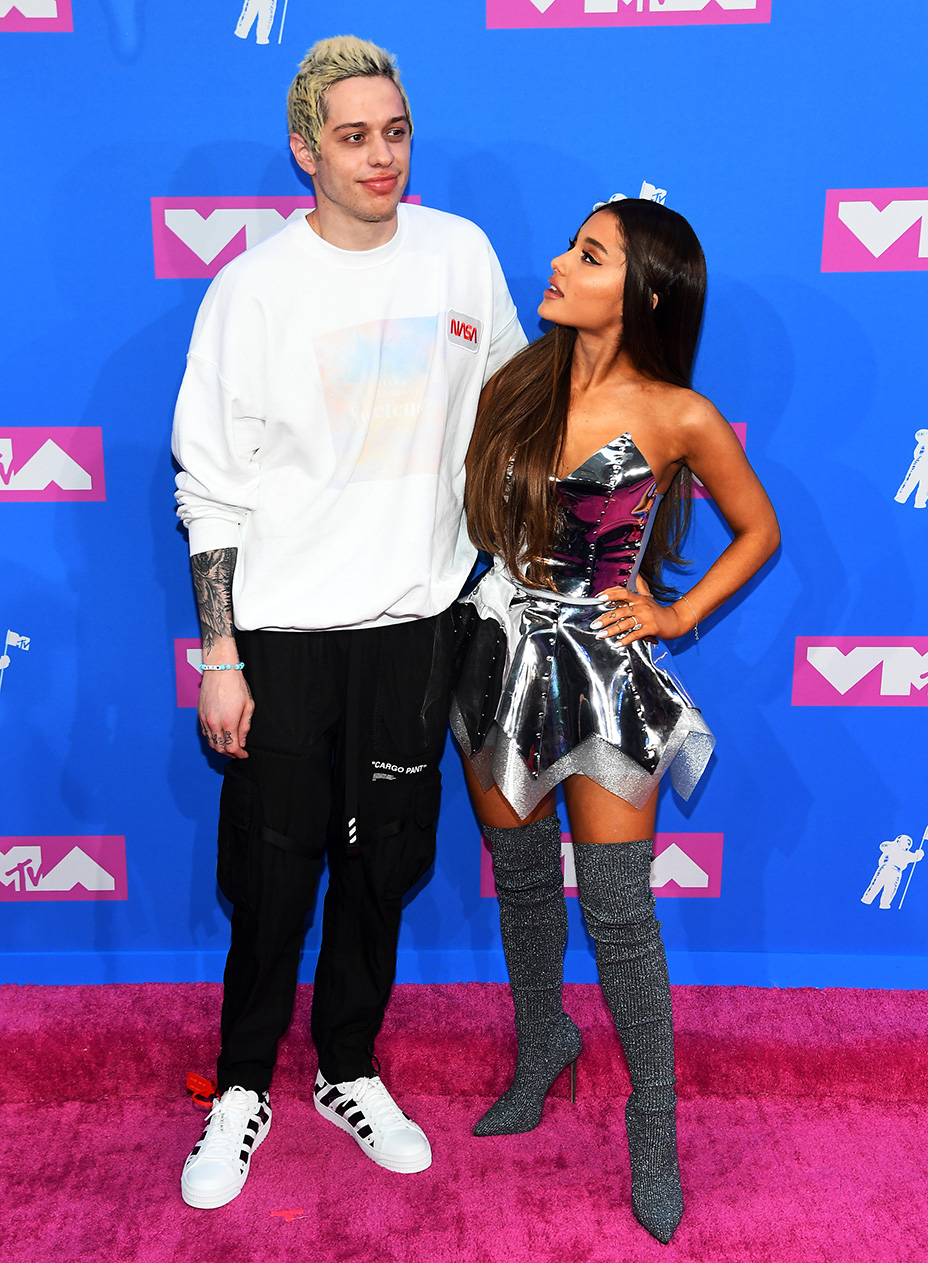 Grande wasn’t the only one dressed like a VMAs Moon Person statuette. Silver was the undisputed trend of the night, seen on Chloe & Halle who were the best of the silver belles in sculptural dresses by Iris van Herpen. Bebe Rexha (in Christian Siriano), Jennifer Lopez (in Versace), Ashanti (in Elie Madie) and Karlie Kloss (in Elie Saab) all looked a bit tame in their draped and slit gowns, especially when compared to the evening’s more spirited sartorial daredevils, like Nicki Minaj in the new athleisure spin on red-carpet dressing: Off-White by Virgil Abloh’s bodysuit and tulle dress overlay. 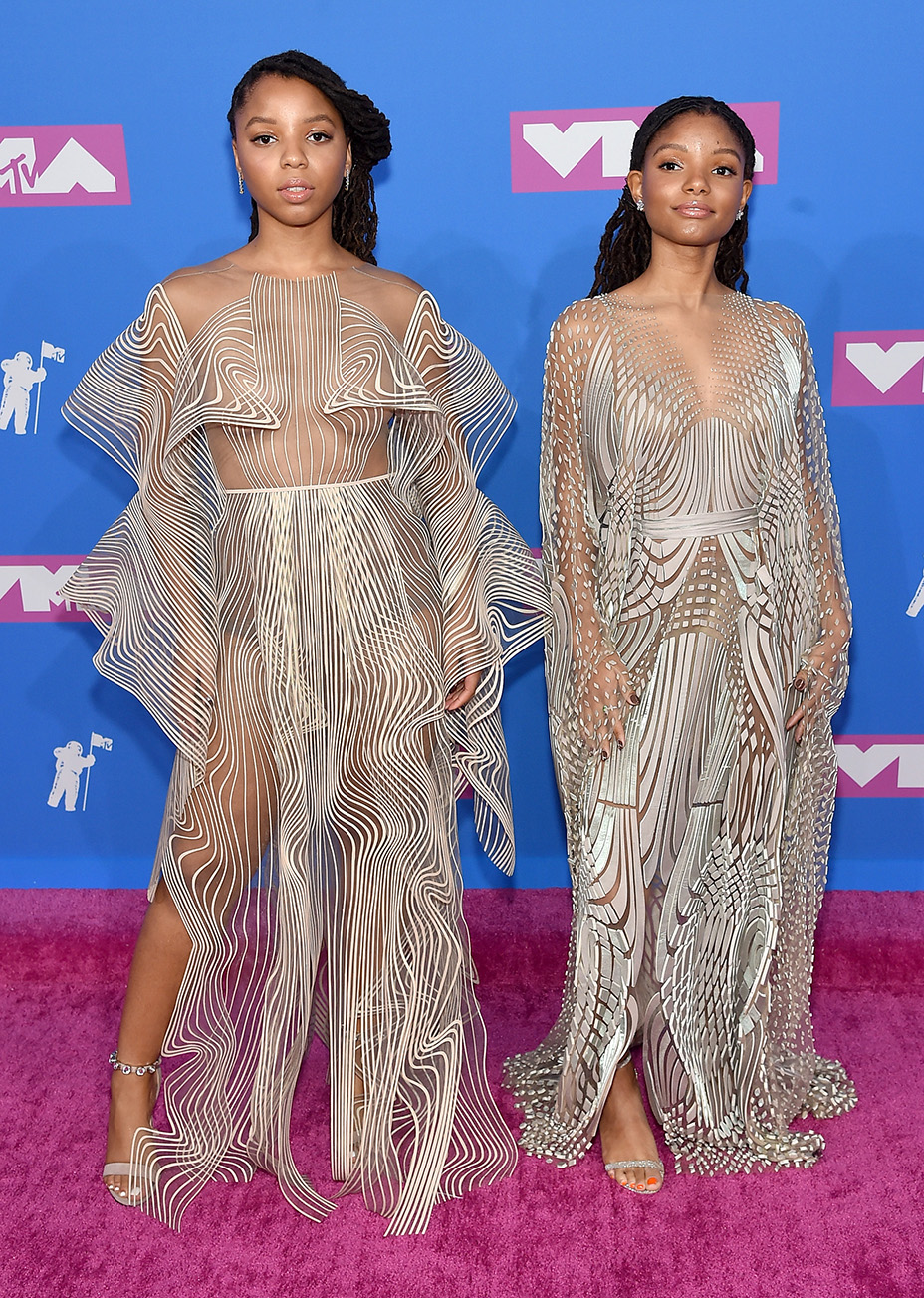 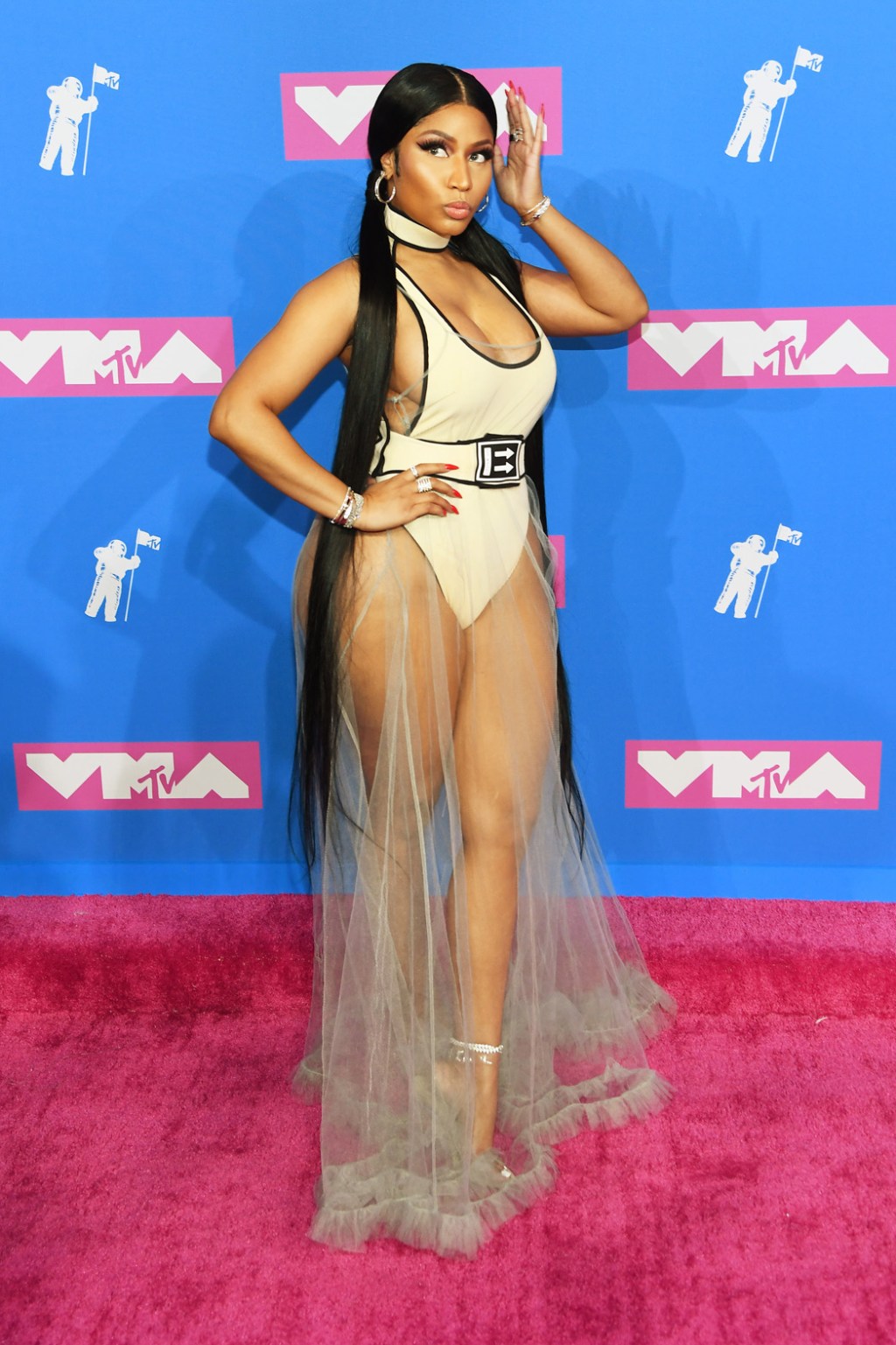 Speaking of daredevils, Stormy Daniels’ lawyer Michael Avenatti walked the carpet in his always camera-ready suit-and-tie look. Unclear why he was at the VMAs, but he never met a spotlight he didn’t like. 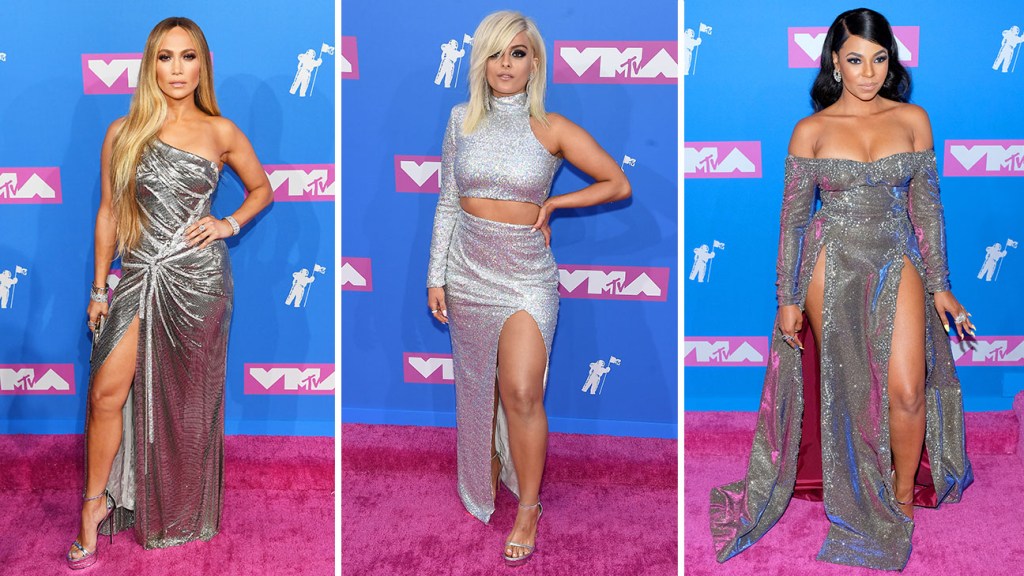 Fashion’s current print logo mania was in full force on the Khaleds. (The family that dresses in Versace together stays together!) And Gucci Mane and Keyshia Ka’Oir upped the bar on couples dressing, with him in a “Two Wild and Crazy Guys” jacket, and her in a sheer jumpsuit that recalled Barbra Streisand’s famously so-bad-it-was-good 1969 Oscars look, not that this crowd is old enough to remember either reference. 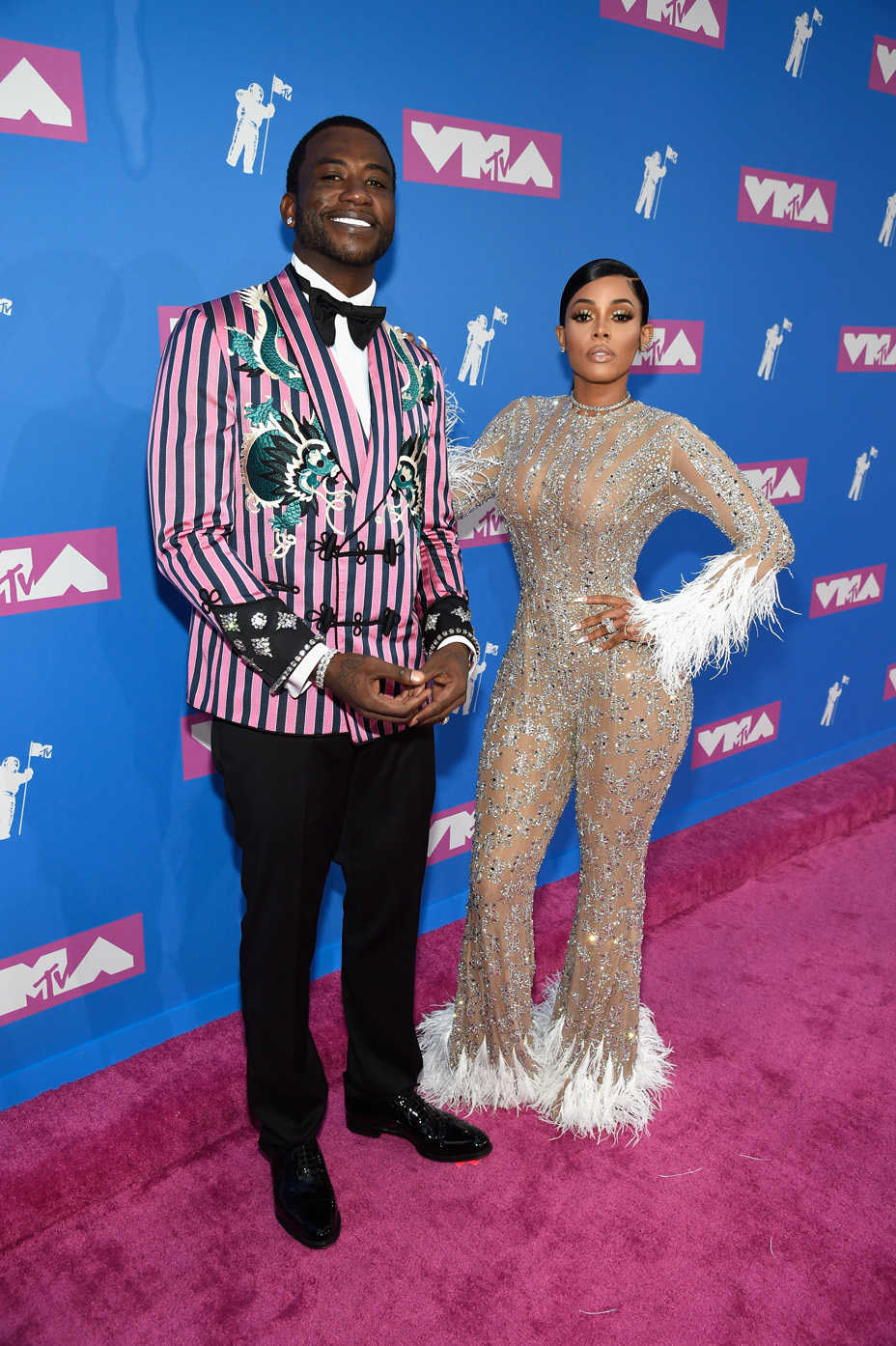 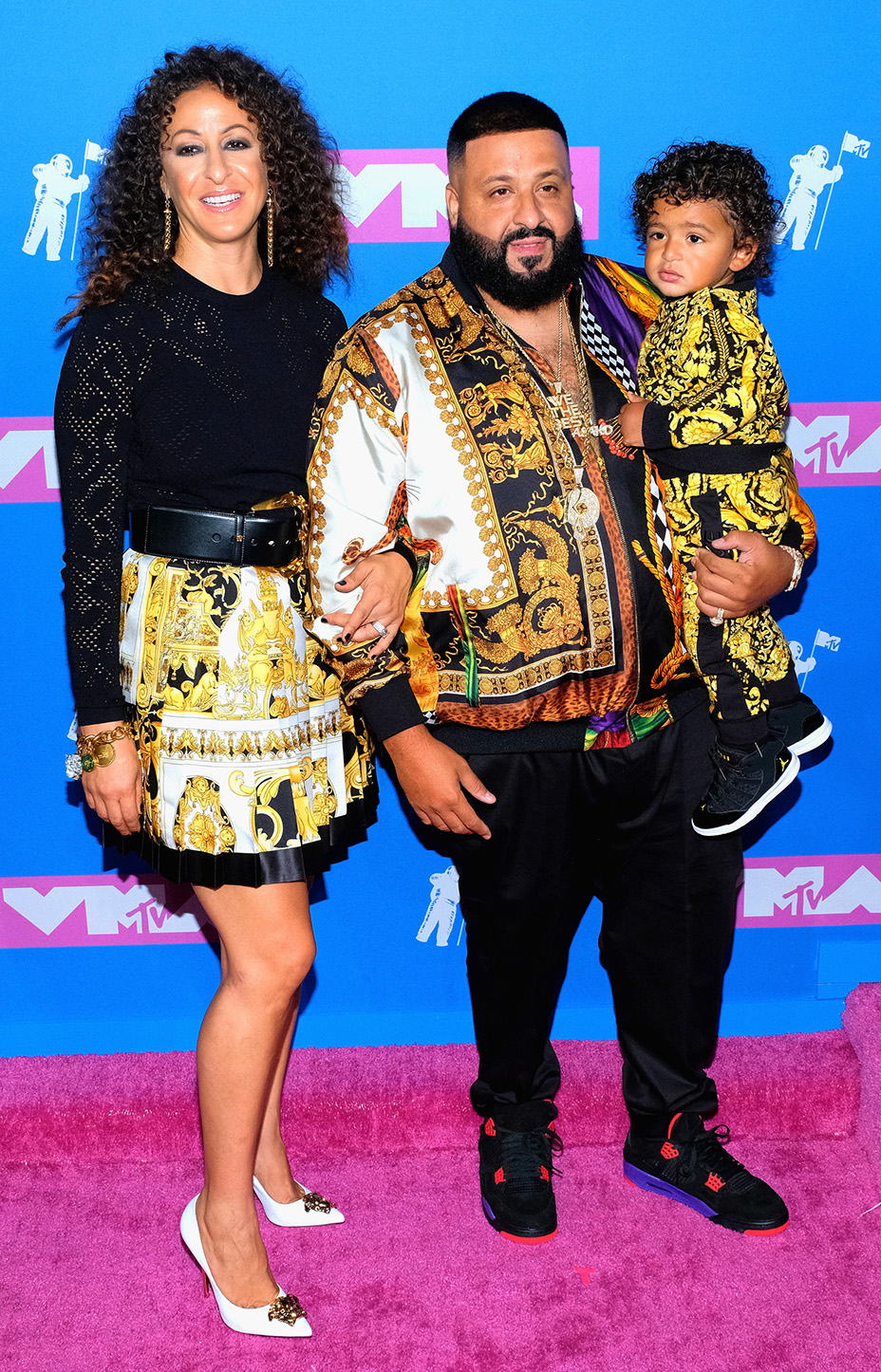 Back to the ’90s, it was all about ice, ice baby, with new mum Cardi B (dressed for the red carpet in a custom fuchsia velvet Nicolas Jebran gown) dripping in 200 karats of emeralds, while Lil Pump wore a diamond pendant the size of a hood ornament. The bigger, the better, it’s the VMAs way. 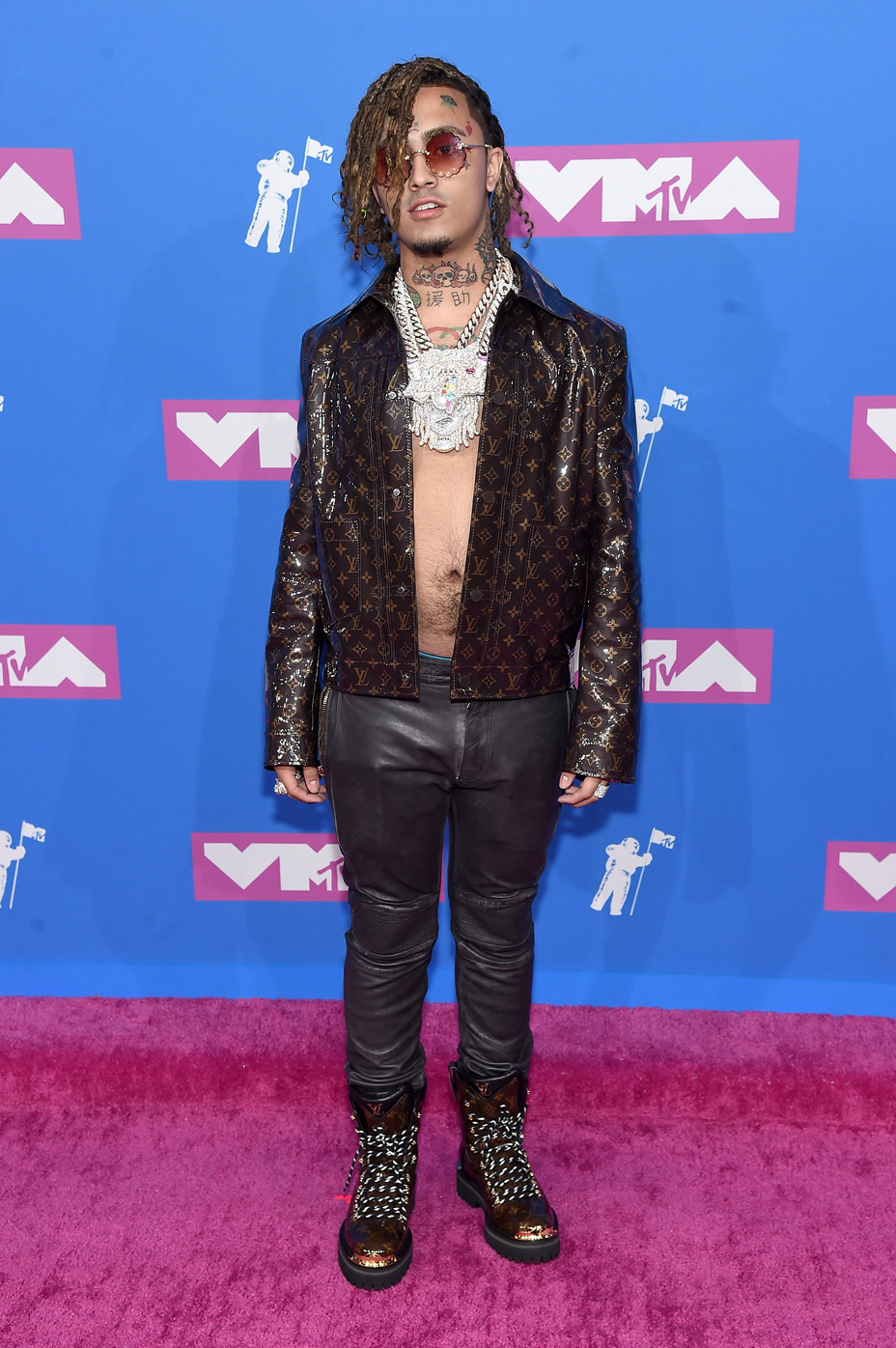