Among a niche group of collectors in Hollywood, luxury watches are more than red carpet accessories — they are objects of fascination that can quickly turn enthusiasts into obsessives. Take it from the speakers who participated in the “Watches and the Movies” panel discussion on Saturday at the WatchTime L.A. luxury watch fair at Hudson Loft in downtown Los Angeles.

The event, which opened on Friday evening with a cocktail party, brought 27 prestige watchmakers to L.A., ranging from established brands such as A. Lange & Söhne, Jaeger-LeCoultre, and Montblanc to venerable independents, including Kari Voutilainen, Romain Gauthier and Roland G. Murphy.

Pener kicked things off by asking the panelists to talk about what they were wearing and to name a watch from a movie or TV show that made an impression on them. Savage, who double-wristed it with a Seiko Flightmaster and a Brew Watch Co. Retrograph, said he’s always loved the Seiko 6105 dive watch worn by Martin Sheen’s character Captain Willard in Apocalypse Now and joked about how he earned a diving certification last year “just so I could reward myself with that watch.” 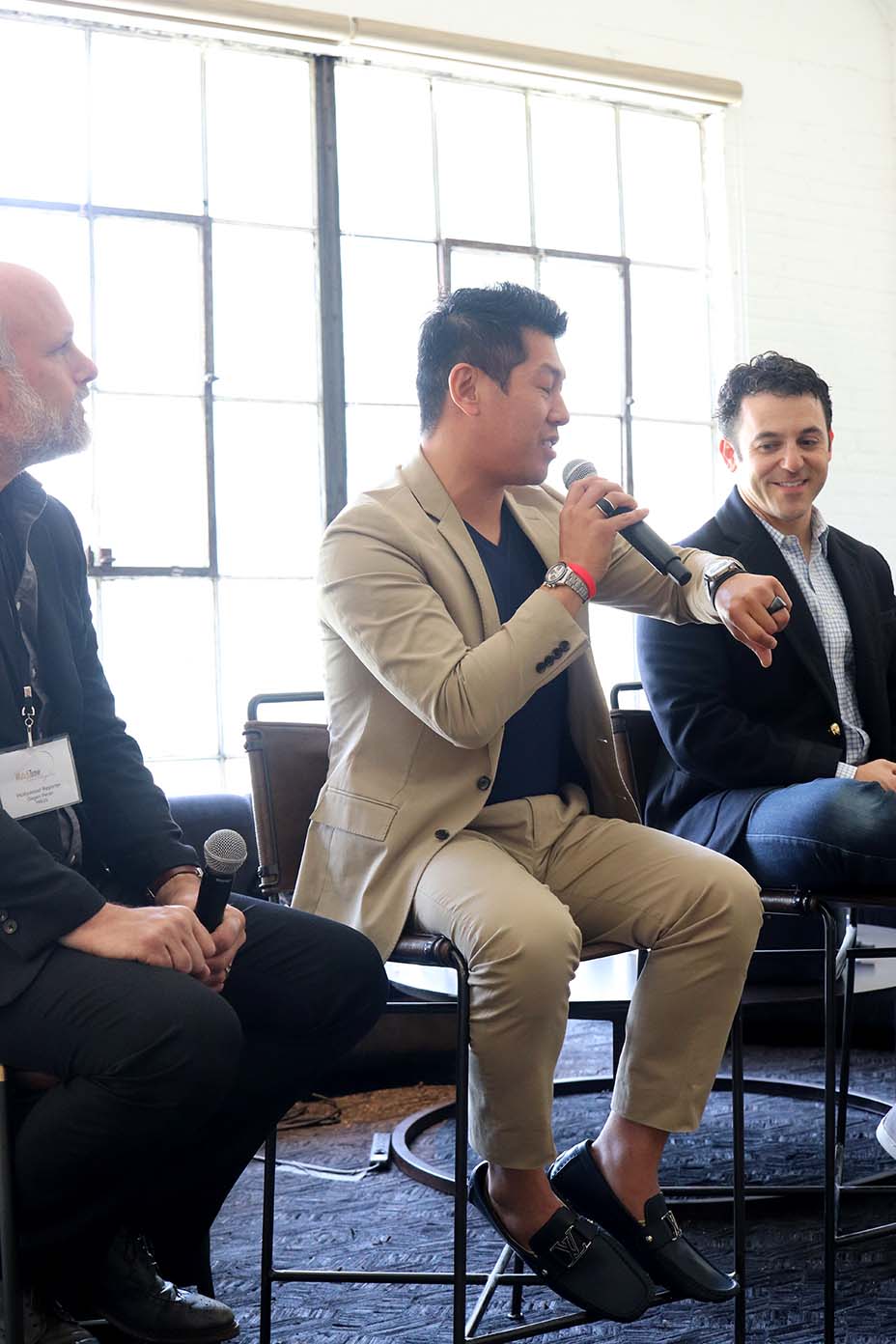 Park, whose clients include Don Cheadle and Timothy Olyphant, wore a steel chronograph by Patek Philippe, the Nautilus 5980 with a grey dial, to the event. “I bought it for myself when I made partner,” he said. “It has sentimental value.”  Known among Hollywood insiders as the “watch whisperer” for his knowledge and connections in the high-end timepiece market, Park singled out the gold Royal Oak chronograph by Swiss brand Audemars Piguet, worn by Jeremy Piven’s Entourage character Ari Gold. “It was the most ridiculous, awesome thing ever,” he said. “I got a lot of phone calls afterwards from clients asking, ‘How do I get that watch?’”

King, an L.A.-based collector with a deep appreciation for vintage timepieces, wore two of the Swiss watch industry’s most iconic models to the panel discussion: the same Rolex “Paul Newman” Daytona style gifted by Gemma Chan’s character in a pivotal scene in Crazy Rich Asians and the vintage Heuer watch nicknamed for actor Steve McQueen after he was seen wearing it in the 1970 film Le Mans. 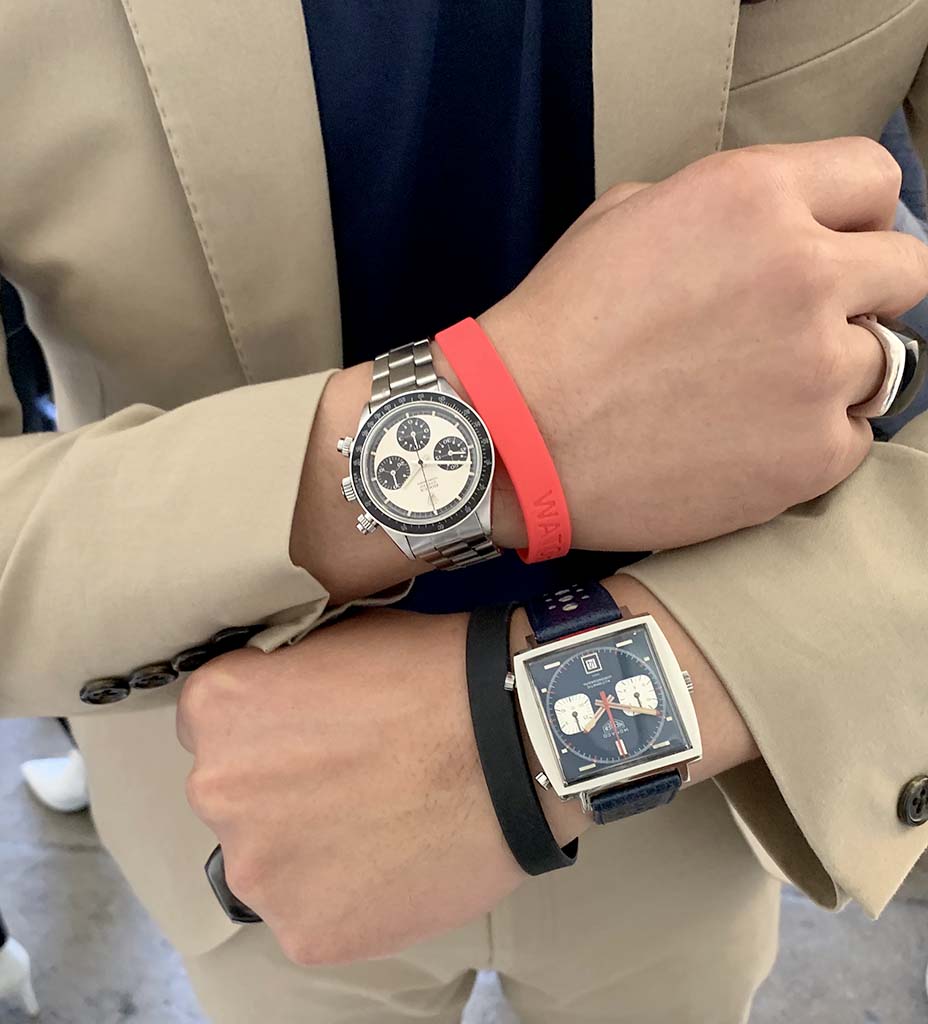 Yang opted for the 18-karat rose gold La Dona by Cartier, a 40th birthday gift from Tom Cruise and Katie Holmes. “I had the opportunity to get a Nautilus or La Dona and, because I’m an aesthete, I went for looks. But when I found out the other watch I could have gotten is worth maybe four or five times more now, I’m going to speak to David the next time.”

Hollywood’s love affair with Swiss watches reflects a growing conviction among certain insiders that a fine mechanical watch is the ultimate way to mark a personal triumph. “When I started my collection, only a handful of people — definitely behind the camera — were aware of it,” Park said. “Now, when people get promoted or get some kind of milestone in their career, it’s become the go to — for men and also for women.”

The ubiquity of high-end watches also has put pressure on gift givers. “It used to be a bottle of wine,” Yang said. “Now it’s, ‘Let me give someone something of significance.’”She recalled the Rolex her mom gave her when she was a 13-year-old about to leave for boarding school. “I didn’t know what it was,” Yang said. “I was from Monterey Park; I knew Swatches.” Then, the “coolest, chicest girl in school” remarked on her Rolex, an encounter that helped the stylist gain newfound respect for her mother.

Of course, understanding the nuances of a classic mechanical watch takes time. To help clients whom he “really likes” appreciate the finer points of prestige timepieces from favored brands such as Panerai, Patek Philippe and Audemars Piguet — including their five- and even six-figure pricing — Park said he likes to take them for a walk around the luxury watch boutiques of Beverly Hills.

“Celebrities have no idea what the cost of some of these timepieces are,” he said, adding that he recently got a call from someone who had attended the Avengers: Endgame premiere and noticed watch lover (and Yang client) Robert Downey, Jr. wearing a $128,000 wristwatch from the avant-garde Swiss brand Urwerk.

But not all watch lovers find their passion through the movies. Born and bred in Chicago, Savage said he first got excited by watches in college, when he began frequenting a vintage watch shop and bought an old Illinois wristwatch. He said he started to read auction catalogs and online histories on websites like Hodinkee, cementing his interest in the subject. But, he warned, a watch habit “gets obsessive,” saying: “Are those hands re-lumed? Is that the correct bracelet? It’s obsessive but I really enjoy it.”

Asked by WatchTime’s Bernardo if he has an upper limit for what he’ll spend on a watch, Savage didn’t skip a beat: “It gets redefined every couple months,” he said.

For Yang, a watch’s ability to communicate class, sophistication and affluence is one reason she is so enamored with them. She recounted an episode when she and her husband were seated next to “a young guy in sweats” at a “very expensive” L.A. sushi bar. “The waitress lost the man’s credit card,” she said. “The sushi chef was busy, and the waitresses were not very nice. He was somewhat insistent that he had given her his credit card, but it became a thing where they were going back and forth. I immediately noticed his beautiful gold Patek Philippe Nautilus. I said, ‘Look at his watch.’ The sushi chef looked and said to the waitress, ‘Go find his credit card.’ 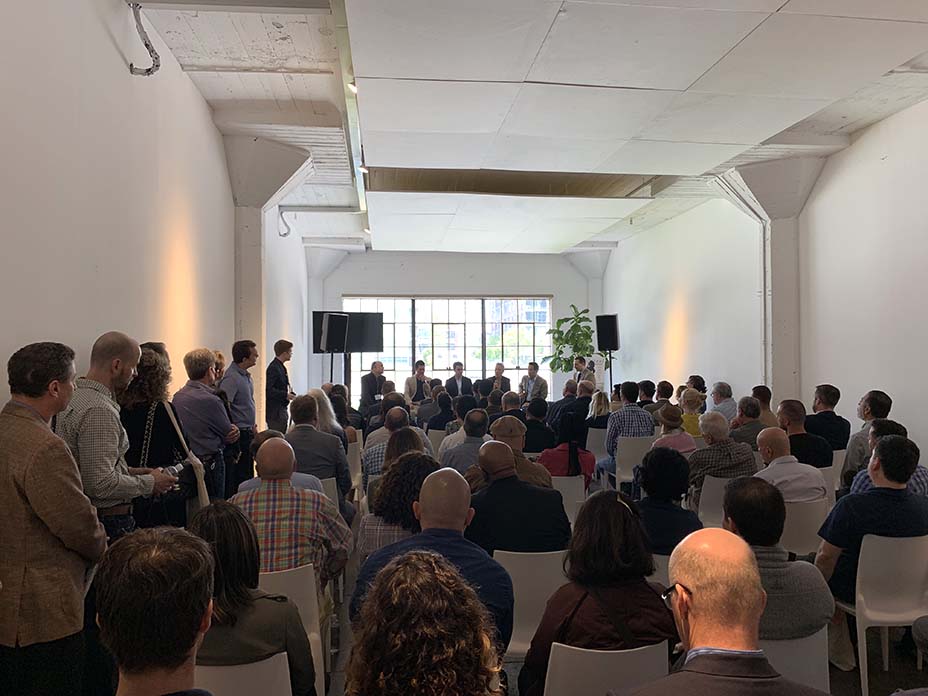