In Hollywood there’s no end to people who flaunt their celebrity connections. Although fewer, there are also some who keep them very on the D.L.

Lena Bratschi is firmly in the latter camp. The Swiss-born facialist to some of L.A.’s most famous faces built her reputation and business off word of mouth, and thanks in part to that she’s a secret weapon to countless names that cannot be named.

“We honestly didn’t start out with a plan to corner the entertainment industry,” says Bratschi. “But somehow it happened organically.” (A top CAA agent was an early adopter and helped spread the word.)

After all, she and her hidden-away WeHo clinic, Carasoin Day Spa & Skin Clinic (which decamped from Robertson Boulevard to its current airy, tucked-away space some months ago) are all about privacy. The treatment rooms have studio-grade soundproofing and private in-room showers. Bratschi learned discretion from her lawyer father.

“I’m not in this profession to get famous or harass my high-profile client for in-treatment selfies,” she says. Like her absolutely heavenly facial massages, that point of view is majorly appealing. That said, her own camera-shyness hasn’t stopped clients including Armie Hammer and wife Elizabeth Chambers, Beth Behrs, Whitney Cummings and Nicola Peltz from publicly singing her praises. 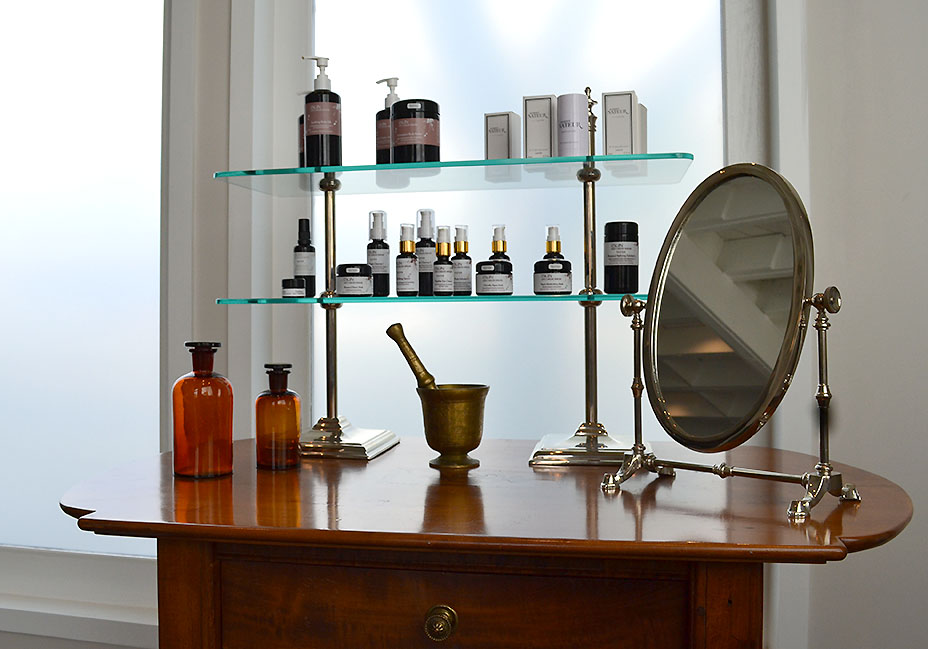 Like much of the talent she treats, Bratschi has been at this a long time. She discovered her calling when she was 13, beginning an apprenticeship in Switzerland at a local beauty school. Her grandmother was an inspiration — she wrote a column during the war of home-brewed beauty tips, like how to use rations to make moisturizer or lipstick when those items were impossible to find. “It’s because of my passion that I inadvertently developed a pursuit of perfection when it comes to beauty and skincare,” says Bratschi. “I’ll literally scour the world looking for the latest and most effective treatments and products and have always had a no-compromise approach when sourcing a new machine, technique or product. I don’t care how difficult or scarce it is to get — if it works I’ll take it on.”

To that end, Bratschi’s customized facials incorporate a slew of modalities and mechanisms, all tried and true and absolutely top-notch — think cryogenically frozen stem cells and microcurrent, her favorite non-surgical facelift technique. One of her newest offerings is the Jet Peel Facial ($400/90 minutes), which uses a high-tech Israeli machine originally used for triage wound cleaning in the military, which was pioneered by a jet propulsion scientist from the Russian space program. “So it’s quite literally rocket science,” says Bratschi of the technology that is a gentle yet super powerful exfoliating alternative to microdermabrasion and chemical peels. Sterile saline and oxygen are pumped out at up to 125 psi for a cold, wet blast to the face one client likens to being waterboarded (“now every time she calls up she asks to be waterboarded!”). The “incredibly elegant solution for intense exfoliation with zero downtime” has added benefits of full-face lymphatic drainage and deep hydration. 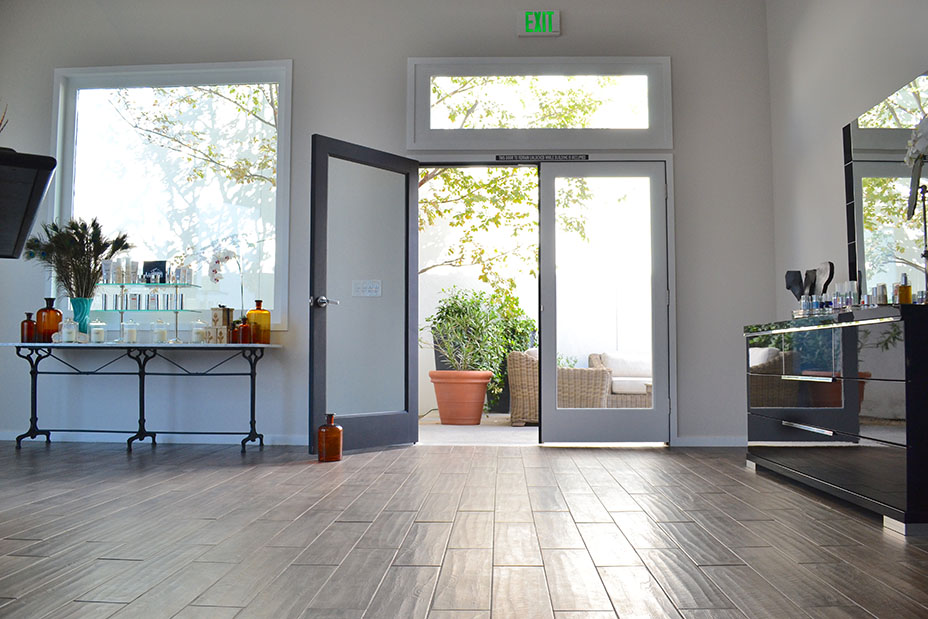 She also does her own innovating: The facialist’s Cold Fusion Intense Moisturizer took three years to develop, using only cold-pressed organic and sustainably sourced ingredients housed in special glass that protects the formula from UV rays. The whipped-butter consistency melts into the skin without leaving an oily residue and has become such an instant favorite that one friend gave it to her mom, Kathie Lee Gifford, who talked it up on The Today Show, spawning a flood of orders from around the world. “All the ingredients are vegan and food grade,” says Bratschi. “And while I wouldn’t recommend or encourage my clients to eat $120 of skincare, you could, and there’s nothing toxic to make you sick.” (Watch for a full line created to the same exacting standards in the future.)

Bratschi doesn’t just work with her clients when they come to Carasoin. In fact, one longstanding A-list client even asked her to build an exact replica of her treatment room in their new Bel-Air home.

“What I do in treatment is only half the work, as I really partner with my clients to give them a home plan,” she says. That includes never administering the same treatment twice. Some clients she sees monthly, others weekly, and during awards season her days easily include 15 hours of facials. “My final facial of this year’s awards season was Saturday night before the Oscars, on an actor nominated for best actor,” says Bratschi. “It’s an incredible blessing to come from a tiny village in Switzerland and treat the pinnacle of the acting world right before their biggest event — definitely a ‘pinch me’ moment.” 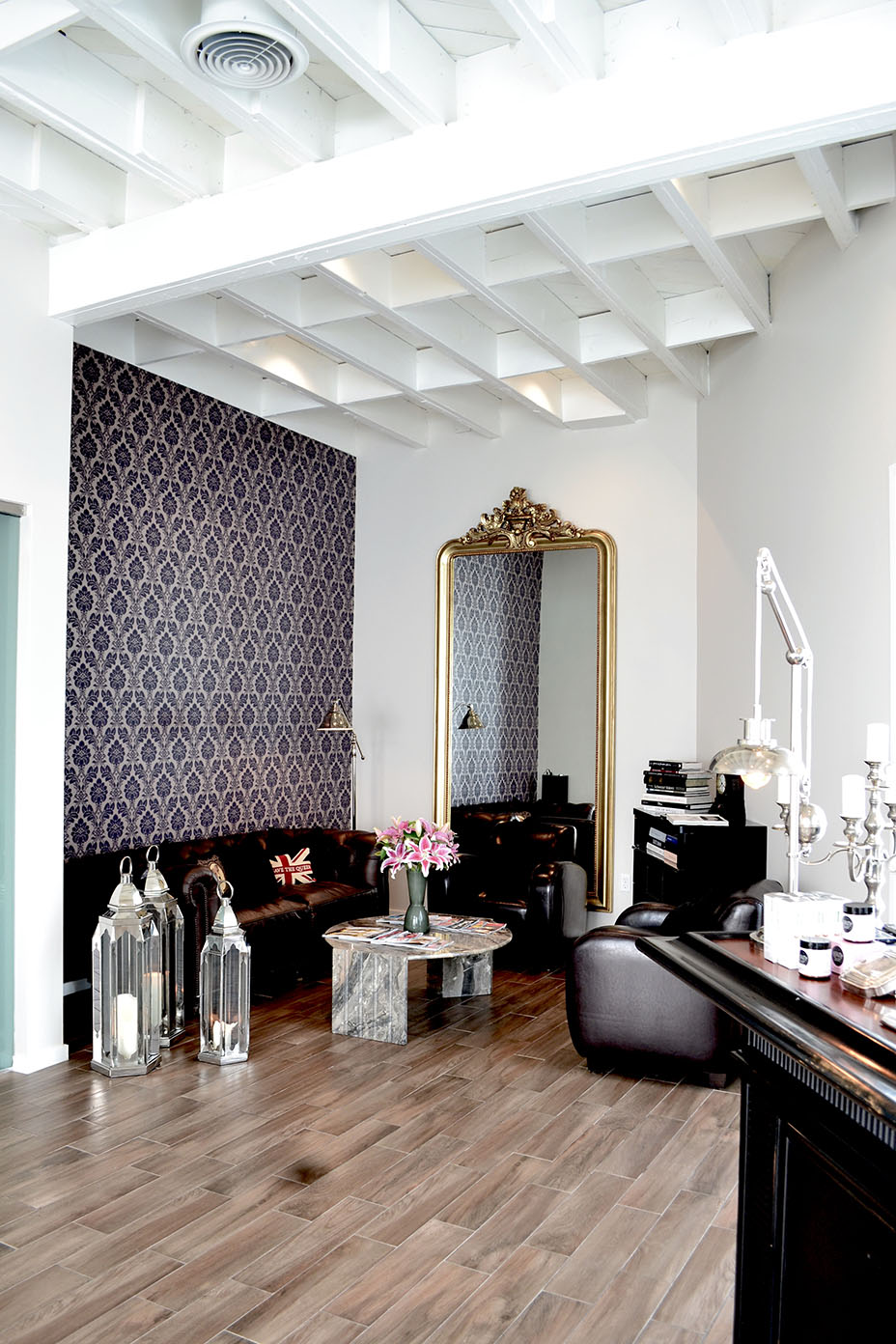