Ariana Grande and Pete Davidson aren’t a couple that shies away from the spotlight. So where were the whirlwind romantic partners at the 2018 Emmy Awards?

The engaged couple was set to attend, according to photos of seats labeled with their names taken during Thursday’s preview of the awards show (they were seated in the second row, behind Jeffrey Wright and next to Jesse Plemons).

But they were nowhere in sight for TV’s biggest night, even though Davidson’s show, Saturday Night Live, won for best variety sketch series and his co-stars Colin Jost and Michael Che hosted the NBC telecast. 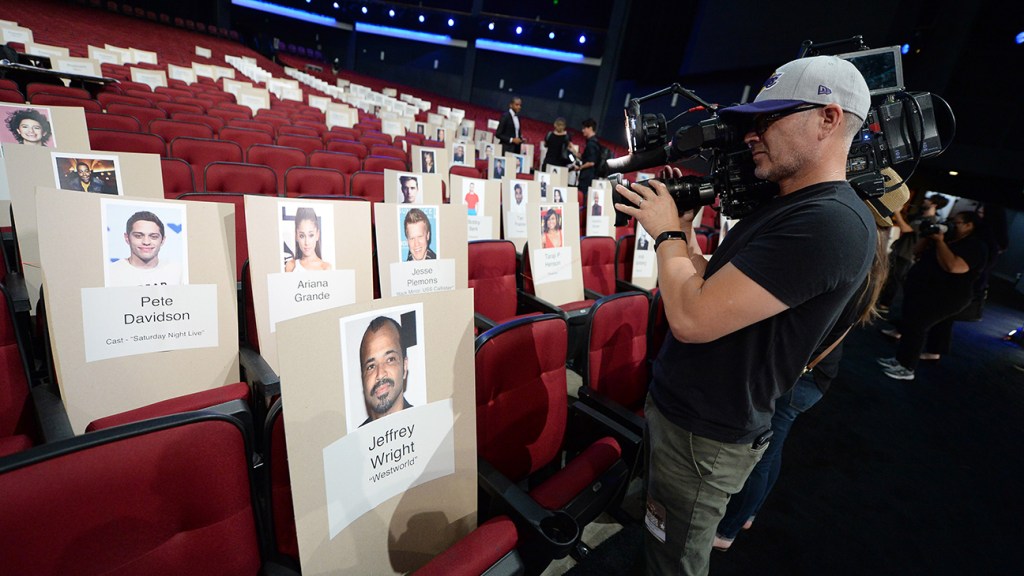 It would have been Grande’s first major public appearance since her former partner Mac Miller died on Sept. 7 at age 26. It’s likely she wanted to keep her privacy and not appear at such a media-heavy event. So where was Grande instead? She tagged herself in New York on Instagram on Sunday, Starbucks cup in hand, and updated her Instagram story with pictures of her fragrance, Cloud, and someone cuddling with a dog on Monday night.

The Sweetener singer has remained silent on Twitter since Sept. 6 (a big change for the usually very chatty star), save for a fragrance promo post during the Emmy Awards. She posted a photo and video tribute to Miller on Instagram over the weekend. Grande wrote in part: “I adored you from the day I met you when I was nineteen and I always will. I can’t believe you aren’t here anymore.”

i adored you from the day i met you when i was nineteen and i always will. i can’t believe you aren’t here anymore. i really can’t wrap my head around it. we talked about this. so many times. i’m so mad, i’m so sad i don’t know what to do. you were my dearest friend. for so long. above anything else. i’m so sorry i couldn’t fix or take your pain away. i really wanted to. the kindest, sweetest soul with demons he never deserved. i hope you’re okay now. rest.

Grande and Davidson have attended awards shows together in the past — they walked the VMAs carpet arm-in-arm, as Grande donned an armored warrior outfit and Davidson wore a friendship bracelet with Grande’s soon-to-be-married initials.

The pair have been dating since May and got engaged before June 2, when Grande debuted her engagement ring at Wango Tango. Miller and Grande broke up earlier this year.