The long-awaited reopening of Westfield Century City kicked off Oct. 3 with a private celebration hosted by co-CEOs Peter and Steven Lowy, featuring performances by Fitz and the Tantrums and Joe Jonas-fronted DNCE as well as a surprise performance by ’70s band Village People. will.i.am, Debbie Allen, Metta World Peace, Carolyn Hennesy, and Wallis Annenberg were among the bold face names who took in the shopping complex’s $1 billion redevelopment, designed by Westfield’s in-house studio in collaboration with L.A. based designer Kelly Wearstler.

The property now hosts a curated collection of more than 200 shops and restaurants across fashion, food, health, wellness and fitness, (Nordstrom, Bloomingdale’s and Equinox are all permanent residents). 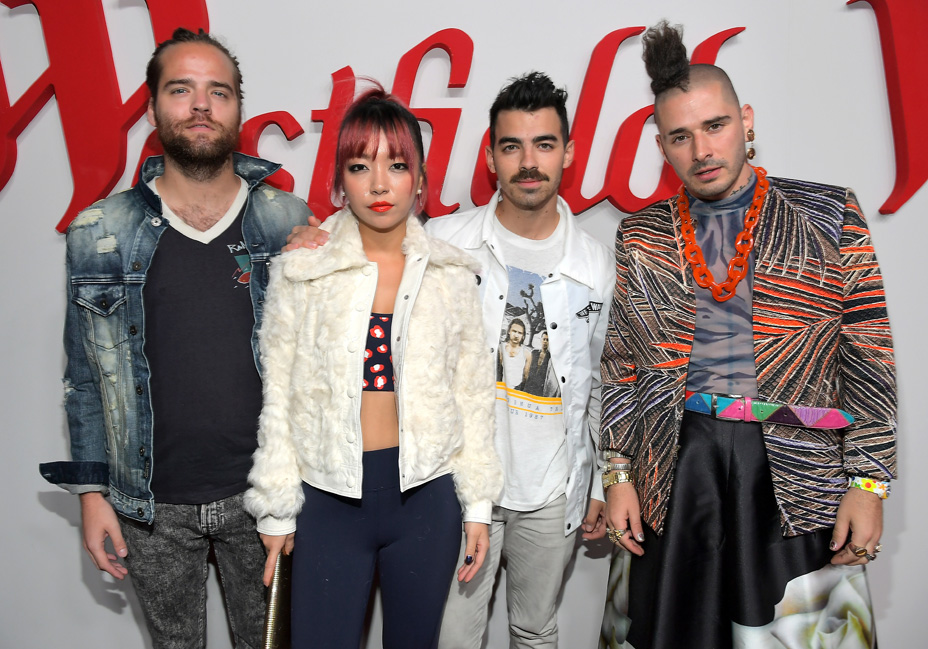 WCC already has announced a range of new services, from an Uber lounge (along with four valet stations and improved self-parking) to a centralized studio services suite catering to the entertainment industry (in partnership with the Costume Design Guild, whose annual awards event Westfield will sponsor). An “L.A. Original” pop-up shop featuring products designed, produced or assembled in Los Angeles by over 20 companies and retailers will also open. On the technology side, the property will boast two 100-foot large-format digital media screens as well as 39 eye-level 75-inch screens throughout its 1.2 million square feet. 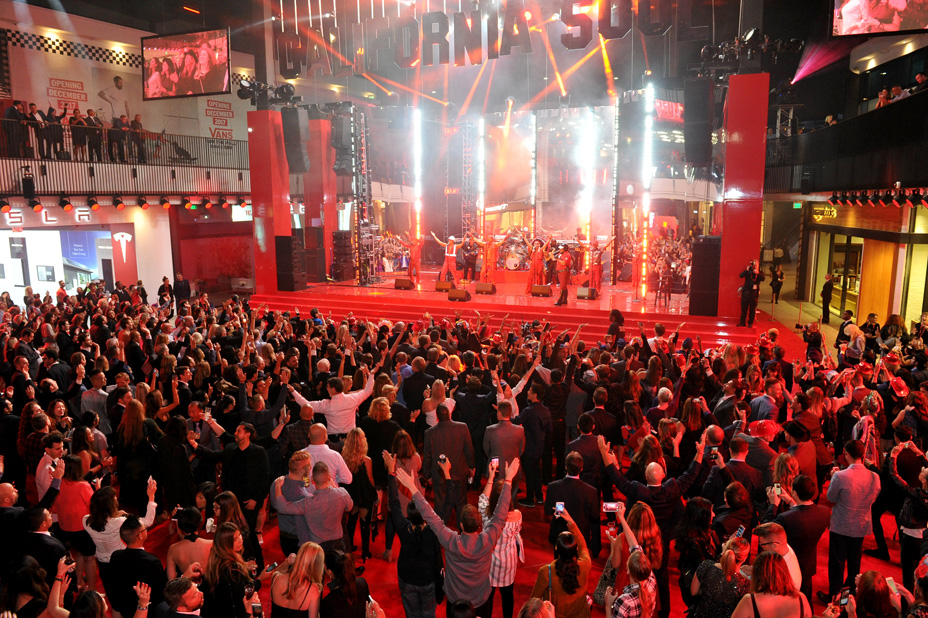 One thing guests didn’t get during the grand opening fete was a glance at the hotly anticipated Eataly, which doesn’t make its official debut for several more weeks. The Italian food emporium has been scouting local food producers for more than a year, but hosted an open call on Sept. 25 seeking producers of dry and packaged goods, fresh cheeses, dairy, dairy-substitute products and cured meats. Dino Borri, vp purchasing of Eataly USA, tells THR their goal is always to mix Italian staples with local product.

“The local production is amazing in California, compared to other cities where we had kind of a hard time, like for example in Chicago. Right now we have a lot, maybe around 20 percent of our producers for groceries and dry goods are local.” Extra virgin olive oil, salami and fish are all items that will have regional menu options. “We will be very local, especially when it comes to the fish menu. We are working with smaller fishermen and businesses; we like working with these smaller places and helping them find a distributor who can help with some of the logistical aspects. We ask them to bring something unique,” explains Borri.

Another option special to the L.A. location? More gluten-free options to suit Angelino’s notoriously strict diets. “Of course Italy is really well known for pasta production, but we found in California there is this new wave of using different kinds of flour. We are still doing tests, but the gluten-free options will be made with a California-produced pasta,” Borri says.

Says Westfield’s U.S. chief marketing officer Heather Vandenberghe: “Bringing the West Coast’s first Eataly to Westfield Century City is a game-changer, not just for the shopping center — but for our entire community.  We believe it will be the Westside’s most social food destination where the celebration of truly authentic Italian flavors becomes an experience all its own.”

The grand opening event was held in partnership with the Infinite Hero Foundation, which helps combat the difficult frontline issues, both mental and physical, that military heroes and their families face when returning as well as funds programs that drive innovation and the accessibility of effective treatments dealing with service-related mental and physical injuries. The partnership with Infinite Hero fits more broadly within the Westfield Veterans Initiative, which was launched in 2015.