Beyonce and Jay-Z are on the run again — and in high style.

Much like their first On the Run Tour in 2014, Givenchy has collaborated with the performer spouses for their 2018 costumes, which also include designs from Mugler, Balmain, Maison Margiela, Gucci and LaQuan Smith. The tour, aptly titled On the Run II, kicked off Wednesday in Wales, U.K., with Beyonce mostly sporting her signature bodysuits and thigh-high boots. 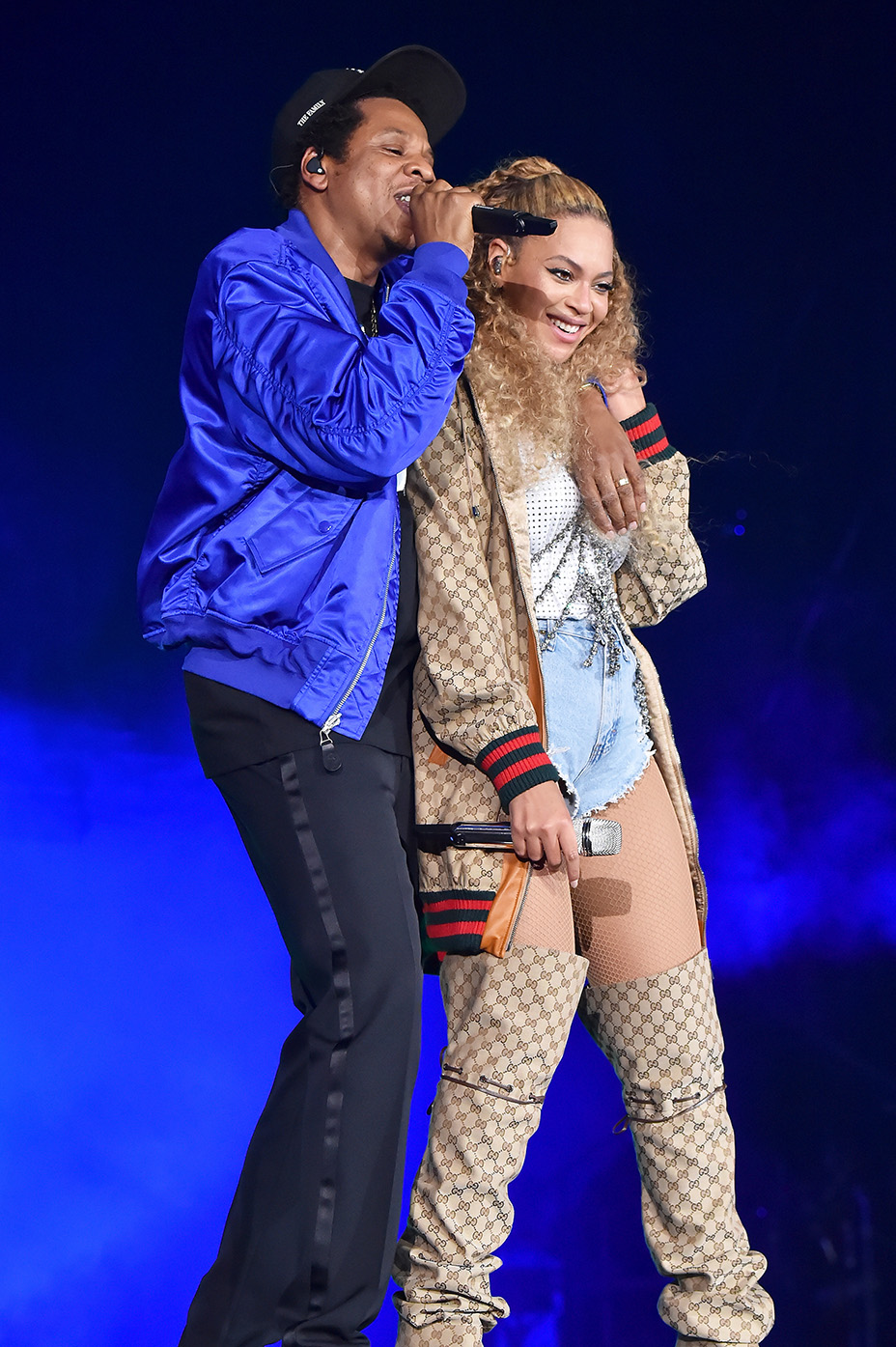 How Beyonce and Jay-Z Celebrated Their 10th Wedding Anniversary in L.A.

Though her lyrics proclaim, “I’m so reckless when I rock my Givenchy dress,” Beyonce sported a custom Mugler while performing her hit “Formation” from 2016’s Lemonade. She sang in a leather corset with thigh-high boots designed by Casey Cadwallader, while she and her backup dancers all donned custom hats inspired by Mugler archives (Thierry Mugler 1995) and made by Maison Michel (no, they weren’t high tops like in the visual album).

“I am truly honored to have had the chance to design looks for Beyoncé’s OTR II. To me, Beyonce embodies the ultimate woman: strong, resolute and so incredibly talented,” said Mugler creative director Casey Cadwallader in a statement.

The OTR II tour will play 48 dates in Europe and North America through Oct. 4. See their costumes below. 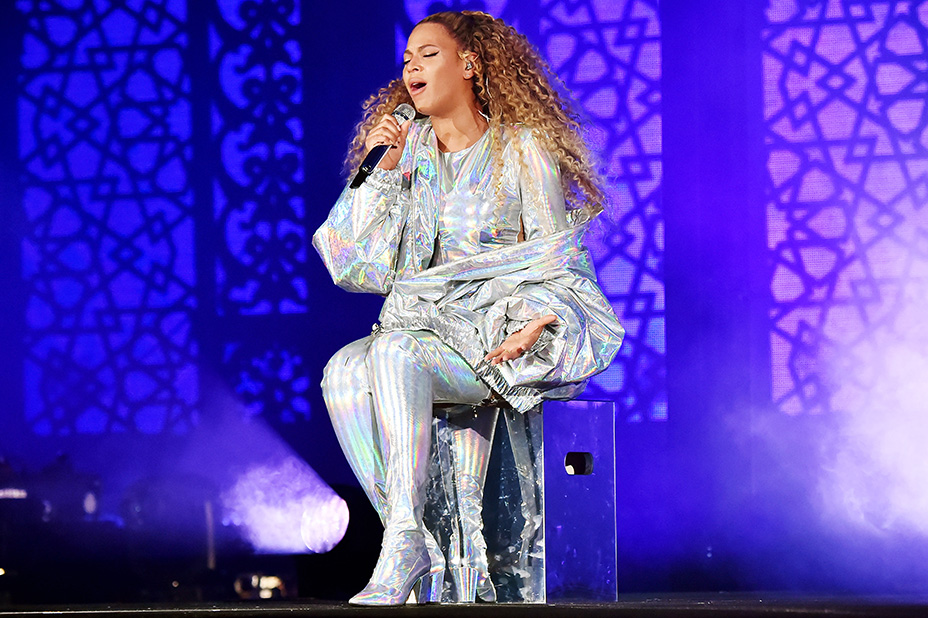 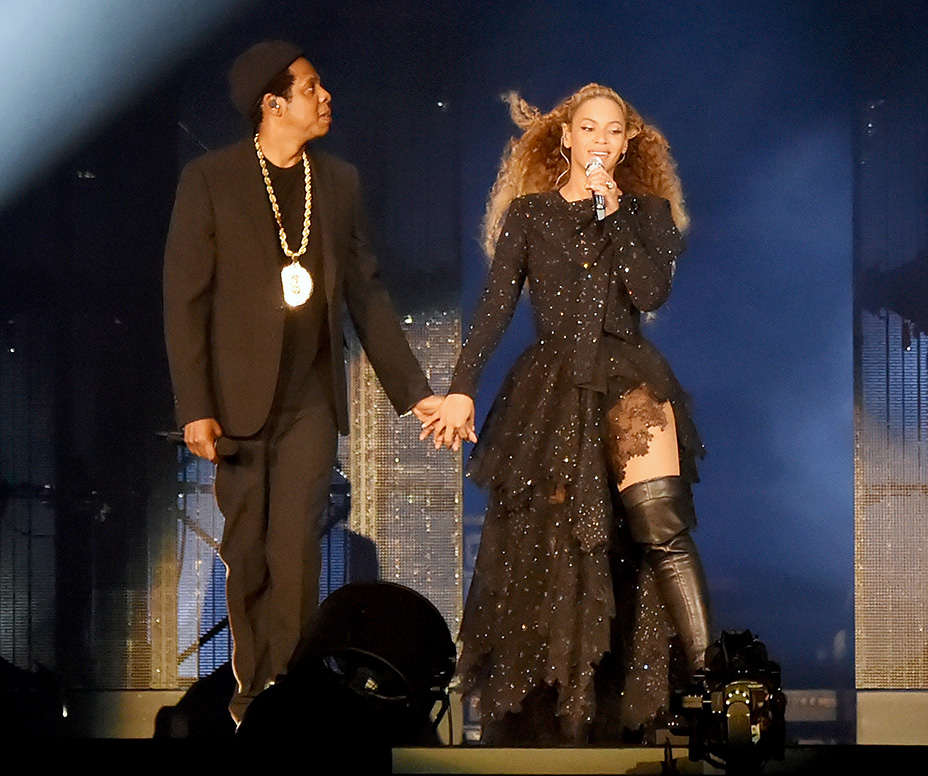 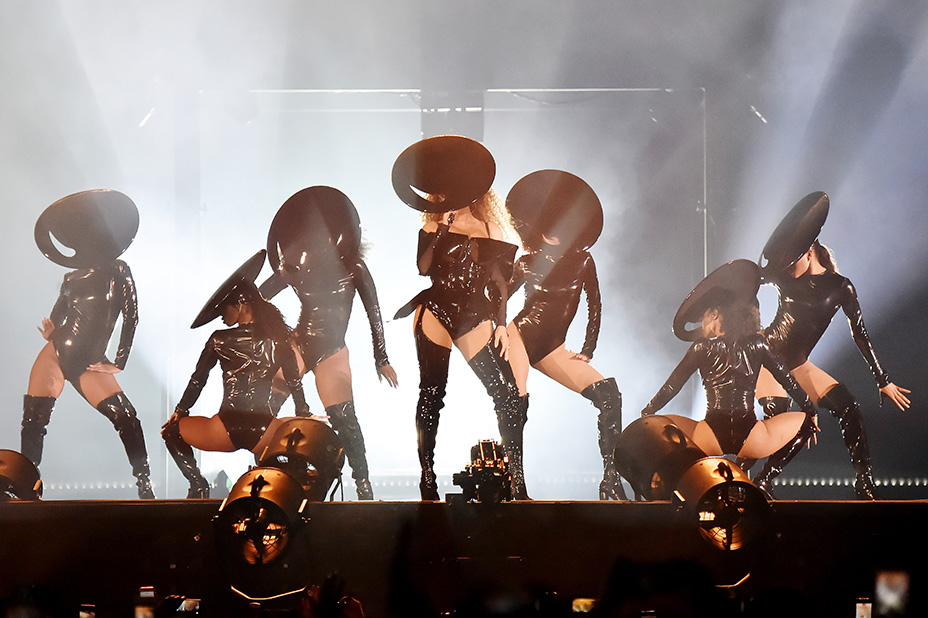 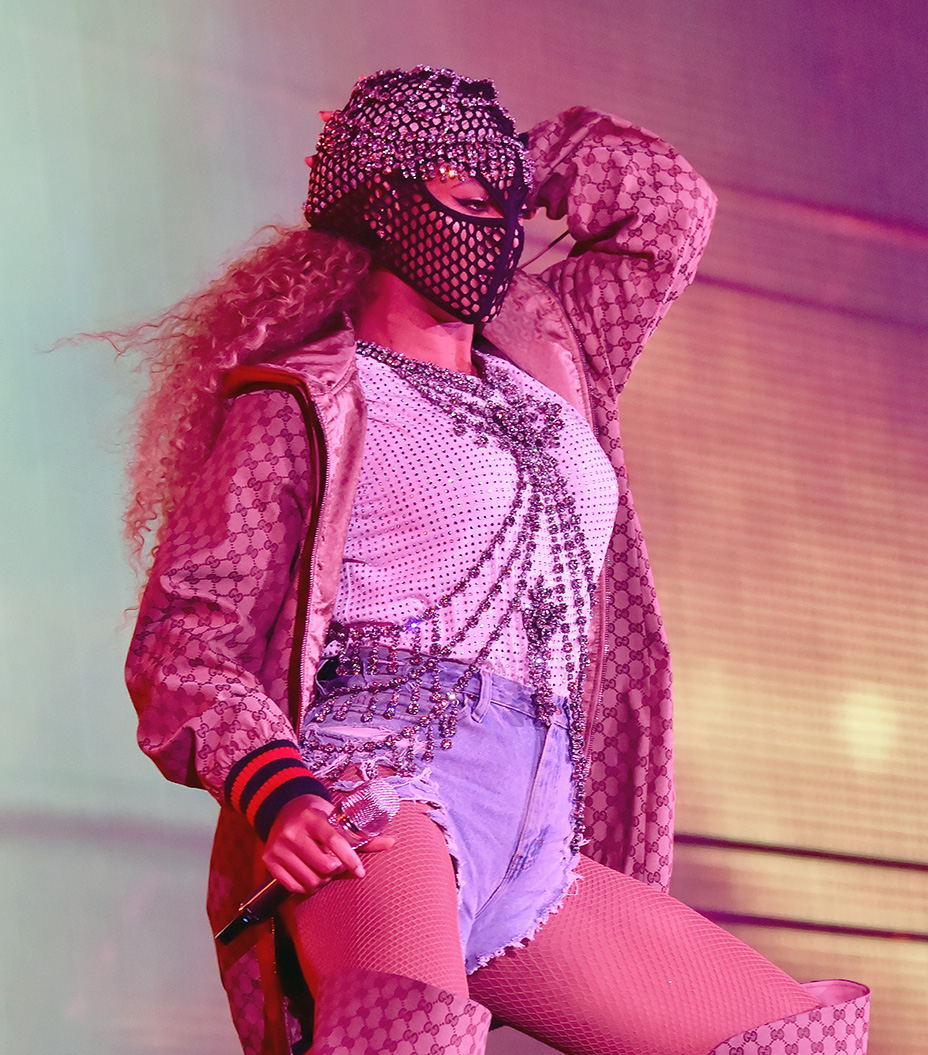