Making a triumphant return to the Encore Theater at Wynn for the first time since her show-stopping finale of “New York New York” during the Sinatra 100 – An All-Star Grammy Concert, Lady Gaga pops up for a one-night-only performance Dec. 30. Accompanied by Big Apple jazzman Brian Newman and his quintet, Lady Gaga will showcase jazz standards. In 2014, Gaga and Tony Bennett played The Cosmopolitan on New Year’s Eve, after which she promptly hit the craps tables, so there’s no telling what kind of spectacle could happen when the diva is in residence.

On New Year’s Eve, Wynn hosts Lionel Richie for its legendary invite-only fete, which in previous years has featured Beyonce and Katy Perry. In the resort’s nightclubs, find Major Lazer at XS and DJ Chuckie at Intrigue. But the biggest action happens at Surrender, where one person will have the opportunity to count down to the New Year with DJ Snake as part of the $60,000 Ultimate VIP package loaded with a dinner for 12 at Andrea’s, a prime table in the club, one Methuselah of Perrier-Jouet, Belle Epoque Rose signed by the headliner himself, two bottles of Absolut Elyx and two bottles of Avion 44 tequila.

Hospitality giant Hakkasan Group rolls into 2017 with some of the biggest names in music at its clubs: On Dec. 31, Drake takes Hakkasan nightclub in MGM Grand, Calvin Harris performs at Omnia in Caesars Palace and Bruno Mars hosts The Bank in Bellagio. But the name-dropping really starts Dec. 30 with the debut of Kaskade at Omnia in Caesars Palace.

What New Attractions to Check Out in Las Vegas This Summer

Caesars Palace’s super-secret, invite-only New Year’s Eve party doesn’t reveal its entertainment lineup until guests arrive, but around the resort there are some amazing dinners in which to partake if somehow your invite for the big bash got lost in the mail. At Nobu, reserve a table for the $500 10-course omakase dinner for two. At Restaurant Guy Savoy, hit the caviar room, because nothing goes quite as well with Champagne. Dive into langoustine tartare with pommes Maxim and Golden Osetra, Siberian Baerii Caviar by the ounce for $375 or $195 or octopus “pot au feu” with Golden Osetra served in cold steam. Beyond these delicacies, there are New Year’s Eve seatings from 5:30 to 6:30 p.m., with a five-course prix fixe menu for $400 per person. For the 9 to 10 p.m. seating, the restaurant will offer a 10-course prix fixe for $600 per person.

Down the street at The Cosmopolitan, The Weeknd brings his Starboy dazzle to the stage at The Chelsea on Dec. 30, followed by Sting on Dec. 31. Look for David Chang’s Momofuku and Christina Tosi’s Milk Bar to most likely also make their debut this weekend, though similar to the chef’s other spots in New York City, Toronto, Sydney and Washington, D.C., the actual opening date is shrouded in mystery. The first location in the West for Chang, find his greatest hits, from buns and bowls of ramen to chicken sandwiches and crack pie, in what’s sure to become the darling of the Strip’s food scene. Bonus points earned for having artist David Choe create new works for the space. 2017 is a big year for The Cosmopolitan, which will open the doors on the first West Coast location of chic Japanese eatery Zuma in late January and a Las Vegas version of Bruce and Eric Bromberg’s original SoHo eatery Blue Ribbon, including that famous fried chicken, sometime this spring.

Chrissie Hynde and The Pretenders, and Stevie Nicks christened the new Park Theater at Monte Carlo (soon to be Park MGM and NoMad Las Vegas in partnership with Sydell Group) on Dec. 17. The $90 million space wowed with a 240-foot-wide immersive projection surface and an 80-foot by 40-foot LED display with 4K resolution, and many other unrivaled visual and audio features. Among the 5,200 spots in the audience, there is a VIP seating area with bottle service. Vegas favorite Bruno Mars rocks that stage Dec. 30 and 31, launching a multi-date extended engagement that will unfold throughout 2017, along with other residents Ricky Martin and Cher. 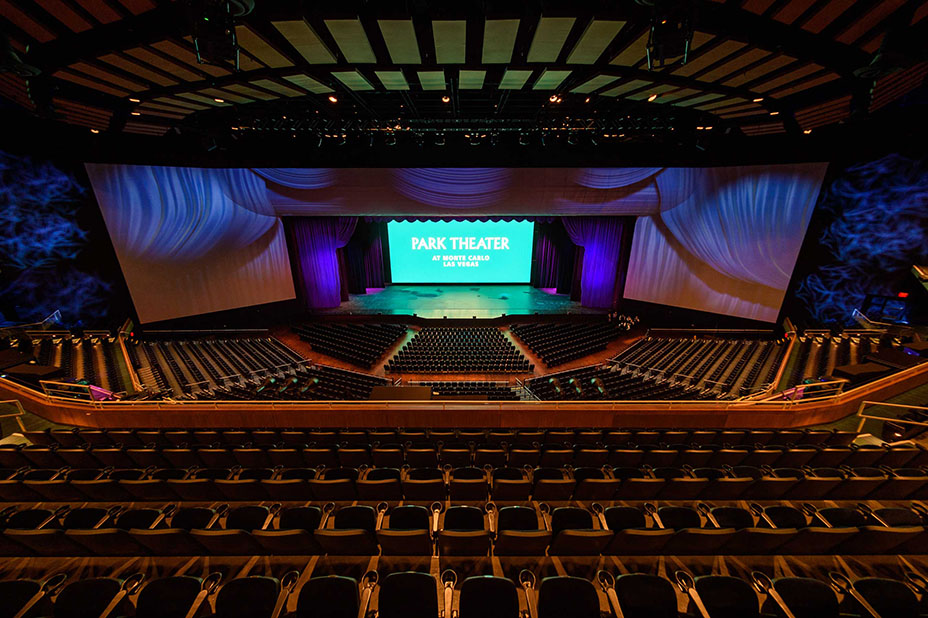 Bartender Sam Ross unveils The Dorsey in The Venetian, a new cocktail lounge paying homage to the great mixology temples of New York City, such as his very own Attaboy. Consulting on the project, nightlife baron David Rabin (Cafe Clover, The Skylark, The Lambs Club and JIMMY at the James) imbued the space with a rich and relaxed vibe, accented by large quilted sofas, a steam fireplace and chandeliers encased in glass bubbles.

A whimsical way to find bubbly on the most celebratory night of the year, Mandarin Oriental, Las Vegas’ 23rd-floor sky lobby, boasts a Moët & Chandon Vending Machine peddling splits of Imperial Champagne — the same variety served on the red carpet at the Golden Globes, natch. Tokens can be purchased from the front desk for $20, and then the choice is yours: brut or rosé mini with a bottle topper from which to sip. 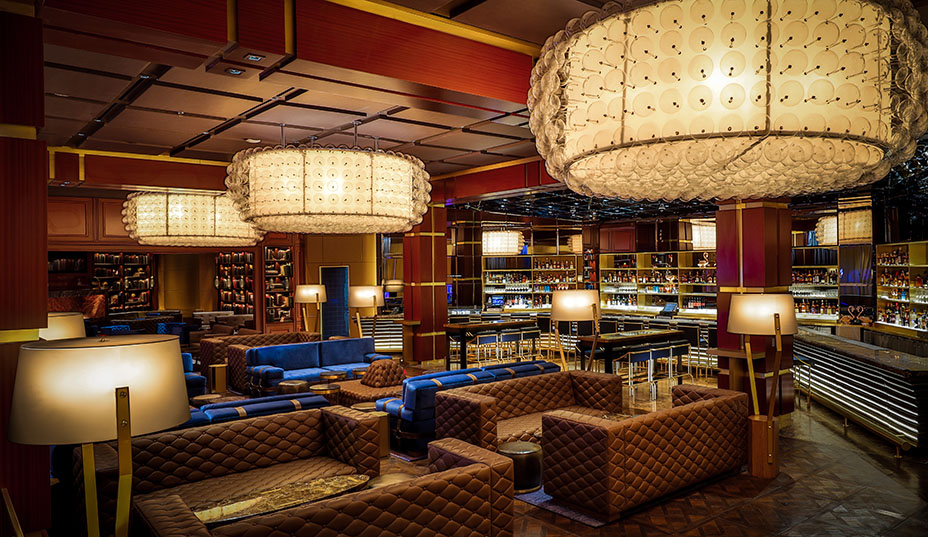 After almost a decade of rumors and false starts, the W Hotel finally has a home on the Strip. Occupying the former Lux Tower of SLS Las Vegas, the W officially debuted Dec. 1 with its own porte cochere and poker-chip inlaid Insta-friendly wall, Living Room and bar, Away spa, WET Deck, and signature Bliss brand amenities and features. Throughout there are nods to the city’s kitsch factor and the property’s former identity as the Sahara, with casino ephemera, a fortune-telling “Belvis” and a neon art desert garden by artist Keith Lemley. In the tower, find rooms designed by Philippe Starck and a 2,000-square-foot Extreme WOW Suite created by Lenny Kravitz.