While frontrunning actresses often opt for timeless silhouettes (a smarter choice for Oscar’s history books), the less-likely-to-win stars are presented with a unique challenge: Do you pull out all the stops and go for the glam gold — or do you choose a more subdued look in deference to someone else’s big night? At the end of the day, power stylist Cristina Ehrlich says, win or lose, her clients all want to look “drop-dead gorgeous” noting that these women realize how they look and carry themselves on the red carpet is a big part of the overall picture. Designer and fashion commentator Nick Verreos loves when the contenders take the opportunity to make a fashion statement and agrees that a show-stopping style moment can be career changing, even if you don’t take home Oscar. Says Verreos: “For so many of these actresses, their careers and their endorsements are made right there on that very important Academy Award red carpet.”

Stars “have to be in front of millions of people already kind of knowing they lost; they do have this inherent trepidation,” says Dawnn Karen, Fashion Psychology Institute founder. Laura Dern in 2015 and Naomi Watts in 2013 exemplify what Karen calls “mood illustration” dressing or “the act of dressing congruently to your feelings.” Both women stepped out in modern metallic gowns like suits of armor. “They are protecting themselves,” she says. “You inherently feel protected wearing a garment like that.” 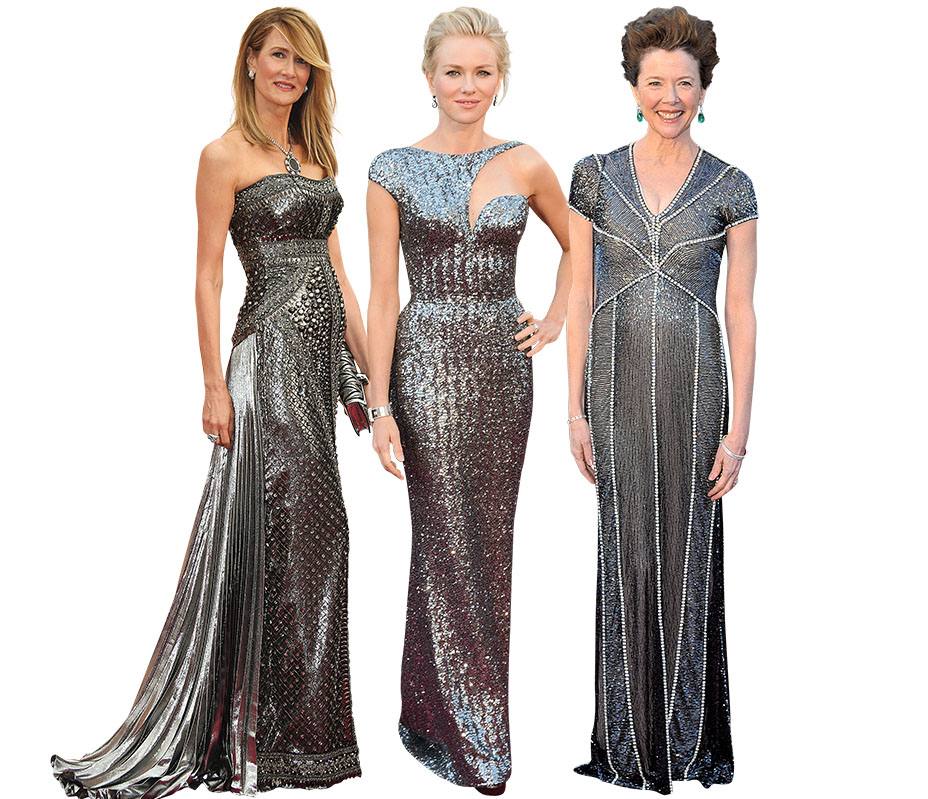 “Either clients pull back, or they feel inspired and want to go outside of their comfort zone” and push the fashion envelope, says Cristina Ehrlich, who styled 2007 runner-up Penelope Cruz in a high-impact Versace gown. Other style statements: Emma Stone’s chartreuse Elie Saab in 2015 and Ruth Negga’s crimson lace Valentino in 2017. Karen calls it “mood enhancement” dressing: “It’s boosting your mood by making yourself feel excited by wearing something: Even though I’m not going to win, I’m excited for the experience!” 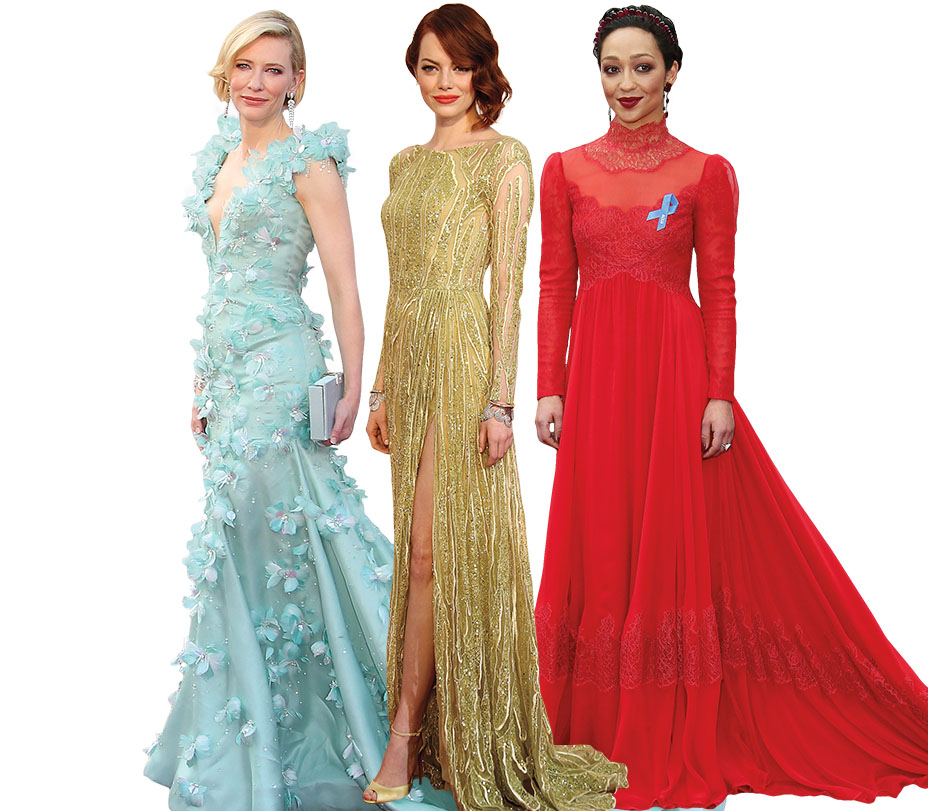 Also-ran nominees may opt for a more restrained look, such as Manchester by the Sea‘s Michelle Williams in a simple Louis Vuitton halter dress or Isabelle Huppert’s long-sleeved champagne Armani in 2017. Bronwyn Cosgrave, fashion and Academy Awards historian and author, says a subdued choice may be as much a vote for elegance as an aversion to a fashion risk on a precarious night: “It’s a lot of pressure; you’ve got the fortune of a fashion brand riding on your shoulders.” 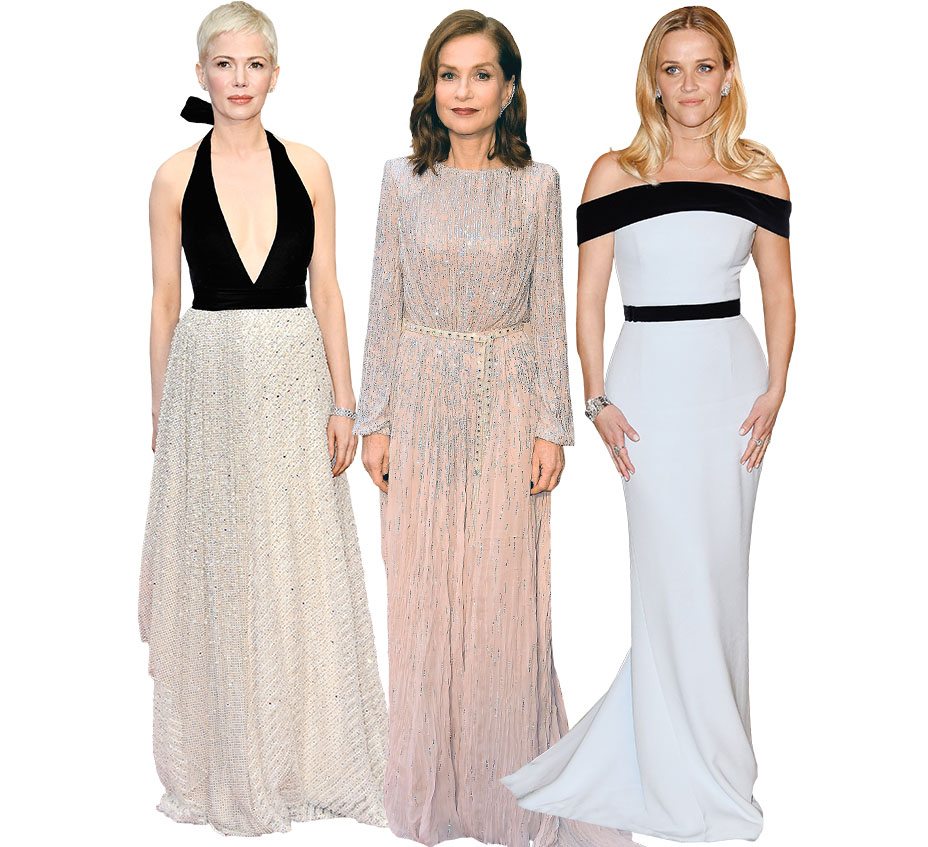 “For those names that aren’t [yet] on everybody’s lips, it could be up to a bold color that everybody will notice,” says fashion commentator Nick Verreos. Packing maximum visual punch and baring not a little skin: Saoirse Ronan in a slinky Calvin Klein in 2016 and Jennifer Lawrence, also in a body-skimming Calvin Klein, albeit cherry-colored, in 2011. Lawrence followed up her red glam-slam the next year with her first Dior contract (a deal that was extended in 2014 for a rumored $15 million for three years). 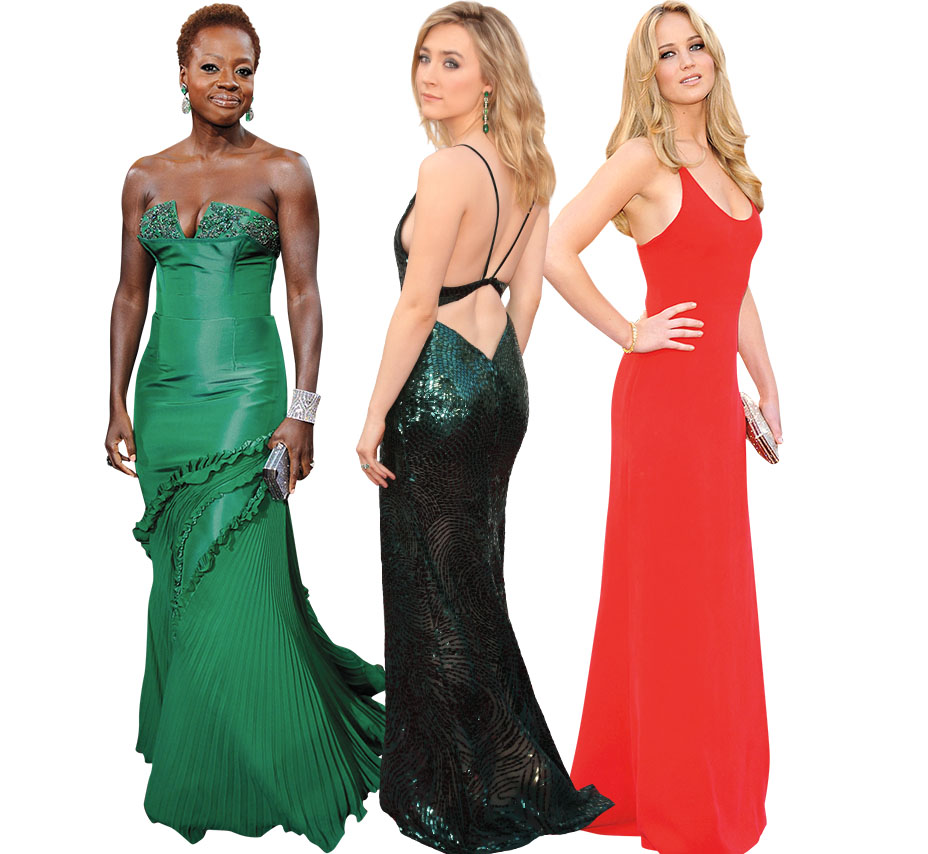