The Grammys Gift Lounge is jumping on the health bandwagon by offering an increased number of vegan and wellness-oriented items to musicians before Sunday’s show.

Following the news that the Golden Globes, Critics’ Choice Awards and WME Oscars party will serve vegan meals for the first time during awards season this year, the official Grammys gifting suite is giving out some PETA-approved goodies focusing on nutrition, fashion, beauty and wellness. 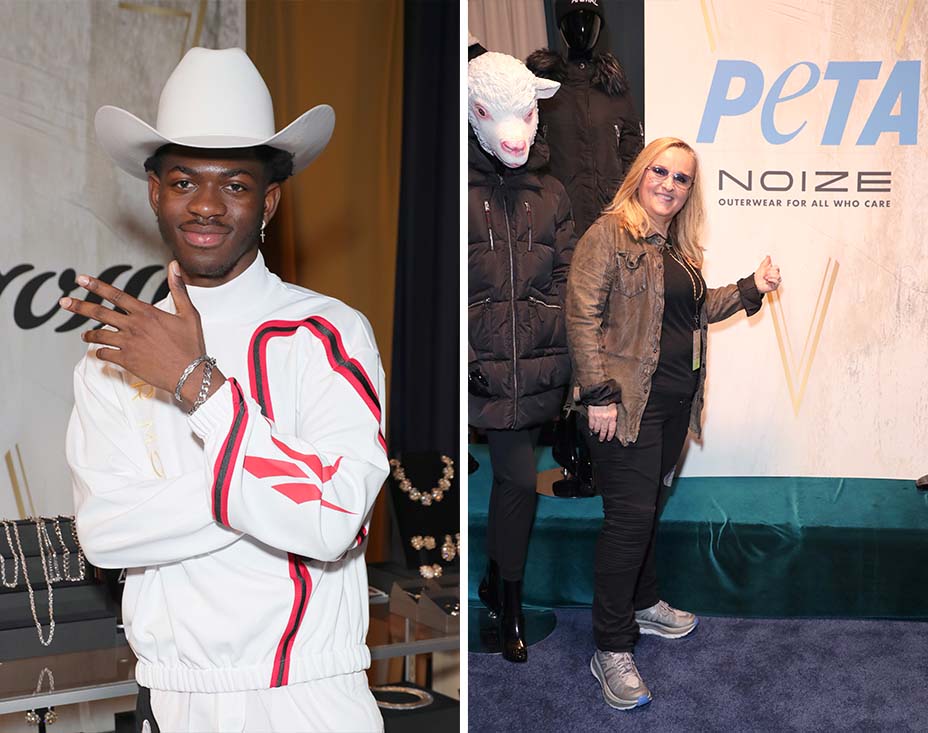 Fashion and beauty highlights include a Noize vegan coat, PETA’s “Animal” beanie and Still Standing’s “Unisex Foot Spray” to prevent swelling and take down the gender binary. The Sundance-ready, cruelty-free coats by Noize have the PETA stamp of approval and are stuffed with fills crafted from 100 percent recycled plastic bottles. 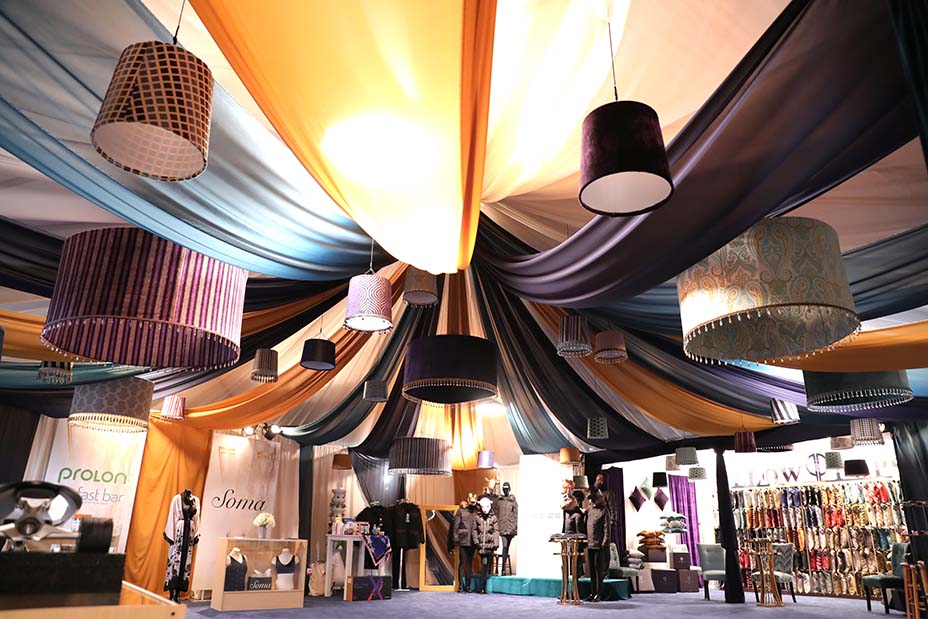 A rep for Noize, whose fans include Miley Cyrus, notes that the Canadian outerwear brand and PETA have a long-standing relationship. The animal rights organization asked Noize to partner with them for the Grammys lounge: “They like that we have fashionable and affordable alternatives to offer to their fan base and showcase to industry leaders who can help spread the message of the importance of anti-cruelty.” 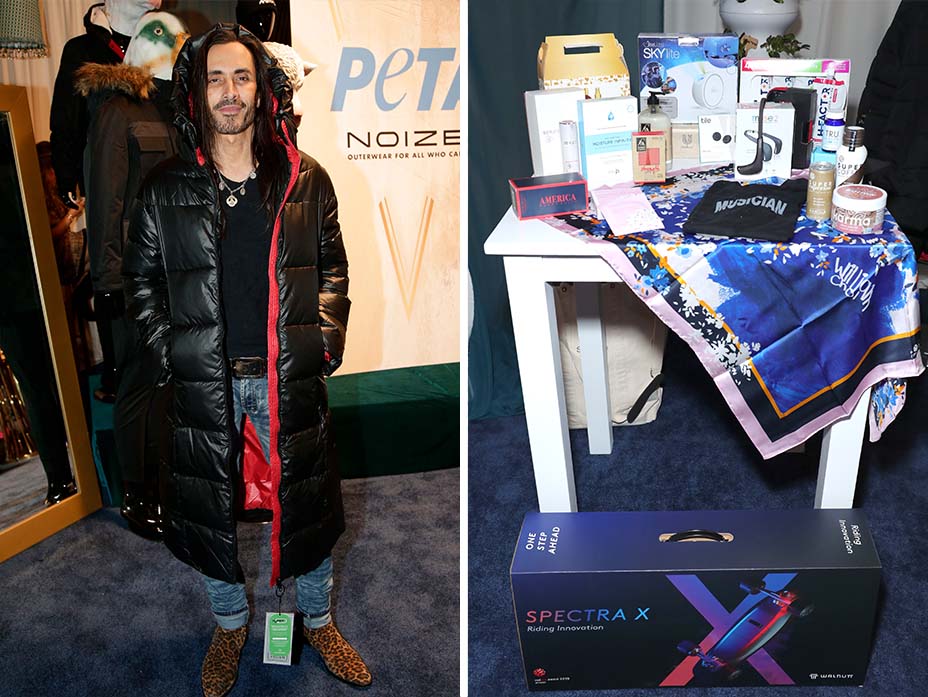 On the wellness side, the Grammys gift bag includes online therapy from Talkspace, a VIP wellness day at Origin Stretch & Spa in West Hollywood with a vitamin injection and custom IV drip (one option is “For Last Night’s Regrets”) and Violet’s breast pain relief pills to come to the rescue for that time of the month.

Plus, Upright Technologies provides a “smart wearable” device to achieve “Insta-worthy posture” ahead of the Oscars, by placing it on your back to vibrate when you slouch.

Locally-sourced, bougie dining will be championed by farm-to-fork meal kit company Nutrition for Longevity and with a dinner for two at farm-to-table restaurant Flora’s Field Kitchen in San José del Cabo, Mexico. Now’s the time to fire up the private jet.

Other foodie freebies include Hfactor hydrogen-infused water in a low-carbon-footprint pouch, Karma Nuts’ Wrapped Cashews with a nutrient skin coating (one flavor is turmeric, of course), Lettuce Grow’s self-watering and self-fertilizing farmstand (the company is co-founded by Zooey Deschanel), OWYN’s vegan plant-based nutrition drinks and Purely Elizabeth’s non-GMO, gluten-free, ancient grain granola with superfood seeds. Or for those who want to “mimic fasting, but with real food,” ProLon is giving Grammys stars a “revolutionary nutritional intervention” in the form of a five-day meal program.

The Grammys are starting to feel so L.A. 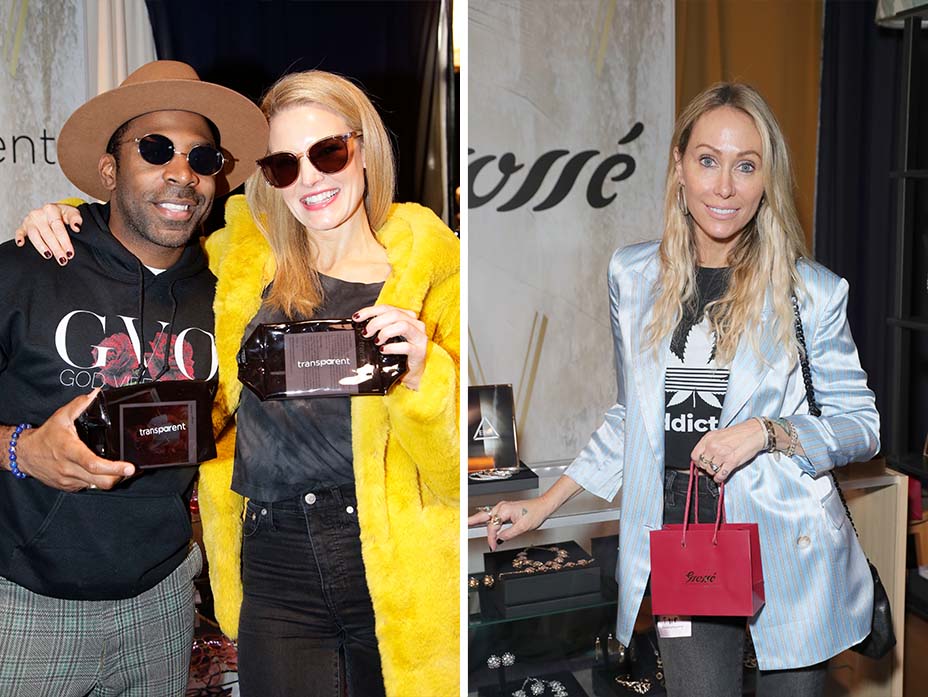 When Eva Gabor, Elizabeth Taylor and Judy Garland Exercised in “Pinkies” and Turbans