It was the best of times, it was the worst of times — 2017 was filled with unprecedented highs and lows for the city of Las Vegas. The legalization of cannabis in July and the Oct. 1 tragedy in the fall were the top headlines of a rollercoaster year. But the spirit of America’s most entertaining city can’t and won’t be broken as it prepares for heightened security and more than 300,000 visitors on New Year’s Eve.

Caesars Palace’s villas have a long-standing reputation as some of the most opulent accommodations in the city — home to the Nobu Villa where Drake, Justin Bieber and Jennifer Lopez all stay when they are in town. New on the block are 10 29th-floor villas in the Palace Tower, each with $1 million in furnishings and decor, and styles ranging from Ancient Grecian and Biedermeier to English Regency and French Empire.

On the other end of the Strip, a Wynn Salon Suite costs $4,500 for the weekend and can be used for both entertaining and relaxing as there is a dining alcove and a granite wet bar, as well as a massage room. These almost-2,000-square-foot rooms have dazzling views of the city. Order up some bubbles and throw your own New Year’s Eve party. 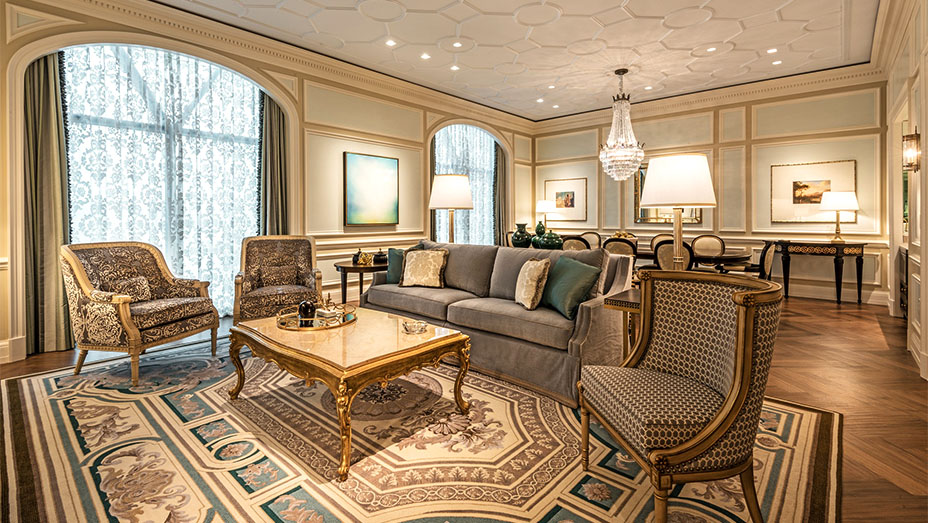 Black Tap Craft Burgers & Beer got its started in 2015 with a 15-seat counter-service restaurant in New York City’s Soho — a classic American luncheonette, serving a menu of outrageous-looking burgers and shakes. Owners Chris Barish and Joe Isidori quickly went from obscurity to commanding long waits thanks to 15-minutes of foodie Instafame. Now they are making the leap to Las Vegas with the Dec. 30 opening of Black Tap at The Venetian, an almost-200-seat space with a Strip-side patio and a view of the Venetian canals. Neither are strangers to Paradise. Barish was one of the founders of The Light Group, a restaurant and hospitality company that dominated the Strip in the early aughts, and most recently he worked on Gordon Ramsay Pub and Grill and Gordon Ramsay Steak for Caesars Entertainment. (His father, Keith Barish, was the producer of The Running Man and The Fugitive, and the founder of the Planet Hollywood restaurant chain.) Isidori won a Michelin star for his work at the Sin City Trump International. Inside this location, designed by Rockwell Group, there will be decadent menu items that play well in Vegas such as the Truffle Burger, which is Australian Wagyu beef with black truffles and yuzu-spiked arugula, and a CrazyShake bar that gives a voyeuristic look at the making of these cold creations. One of the crowd favorites is the Cotton Candy strawberry shake with a blue and pink pearl chocolate rim, a pink lollipop, rock candy, whipped cream and cotton candy, but Barish says he keeps his order simple. “I [go for] the All-American Burger medium rare with a diet coke,” he says. And while in his former career he was an after-dark trendsetter, with Light in Bellagio credited as the first nightclub to occupy a space in a resort and the first to offer bottle service in the city, that isn’t part of this equation. “We don’t do bottle service at Black Tap,” Barish says with a laugh. “We’ve spent the last several months fine tuning a drink program that we think goes well with burgers, and in addition to our craft beer and milkshakes.” 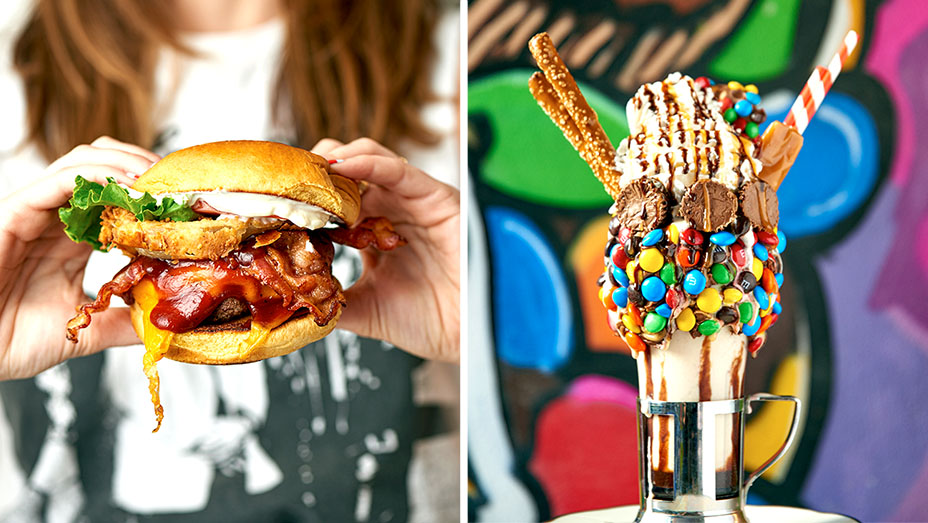 From patties and potatoes to fine French cuisine all you have to do is cross the street. On the other side of the boulevard, Restaurant Guy Savoy at Caesars Palace offers a $600-per-person Prestige menu on New Year’s Eve and New Year’s Day. Feast on octopus in cold steam, wild line-caught sea bass with lentils and mushroom jus, Savoy’s famous artichoke and black truffle soup, grilled Japanese Wagyu and a Dom Perignon Golden Bubble dessert. And, of course, there’s a view of the fireworks.

Over at Monte Carlo, soon to be rebranded as Park MGM — a partnership between MGM Resorts International and chic hotel company the Sydell Group — Chicago eatery Bavette’s Steakhouse & Bar from Hogsalt Hospitality, debuted in November. Dark and and mysterious, with a jazzy Gilded Age ambiance, this new spot could be the most beautiful room in Las Vegas, dethroning Carbone in Aria, perhaps. Think chandeliers, red banquettes, Lillet Rose martinis, overflowing shellfish towers and murals from illustrator David Plunkert. (Shhh! There’s a secret bar in the back of the restaurant.) 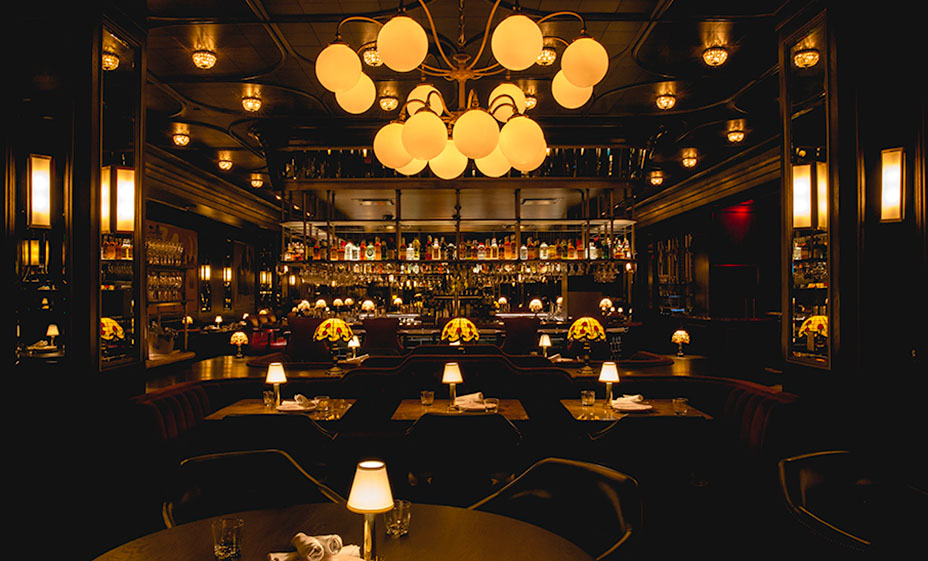 Rosina, an intimate 65-seat cocktail enclave from bartender Sam Ross and nightlife impresario David Rabin, just opened in The Palazzo (The Venetian’s sister resort). The space features a menu of classic cocktails — think Negronis, Manhattans and Dark and Stormys — in a setting punctuated with opulent chandeliers, a long, romantic bar and Champagne call buttons to make sure that flute is always full. Like an elegant train car from a bygone era, the Art Deco vibe and the libations are a welcome journey to another era. Last December, Ross and Rabin opened The Dorsey in The Venetian. 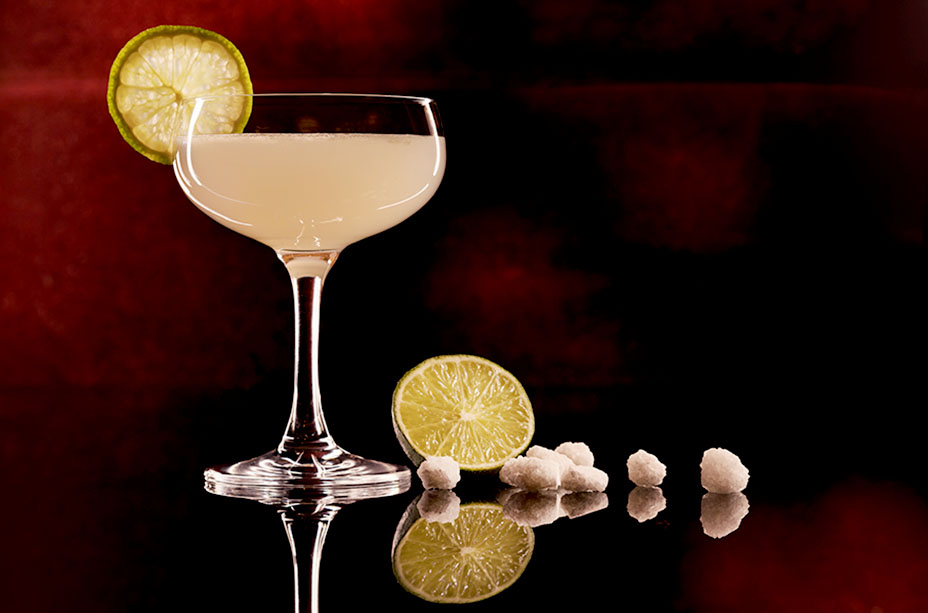 Mandarin Oriental hosts Dom Perignon’s Starry Eyed New Year’s Eve Masquerade Party throughout the 23rd-floor lobby’s Mandarin Bar & Tea Lounge. One of the hottest tickets in town, this party has a prime view of the fireworks and cocktails created by property mixologist William Perbellini. Keep an eye out for the hotel’s Technical Ambassador Pepper, The Humanoid Robot, who is based in the lobby and greets guests, while providing useful information. Don’t be distracted by her glowing, expressive eyes, Pepper is one smart cookie and can discern the gender, age and mood of those who cross her path as well as face, body and voice cues. She dances, tells stories, and just wait and see what happens when you ask her for a selfie. 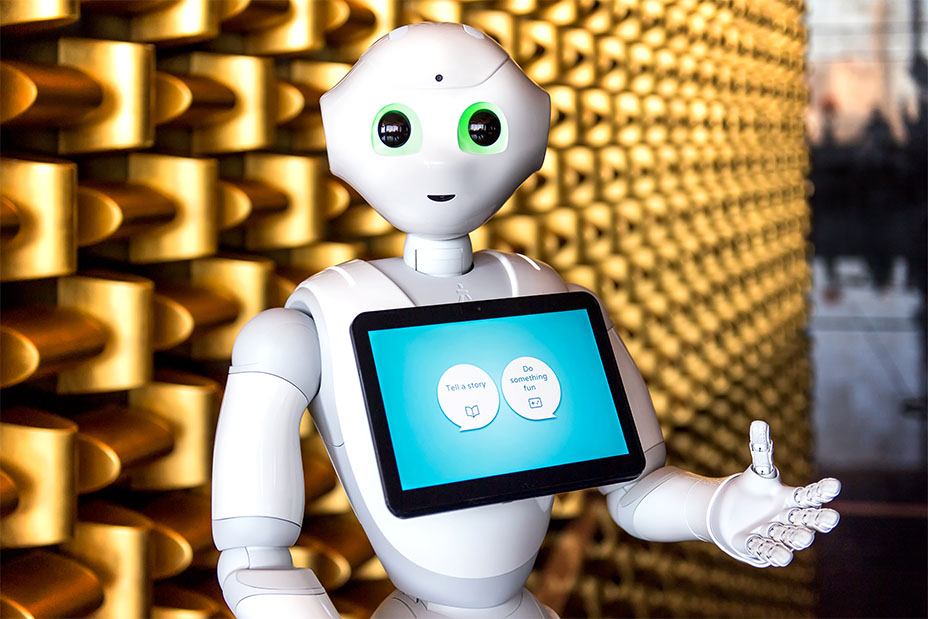 If you want to watch the DJ and party with the DJ, Intrigue Nightclub at Wynn Las Vegas offers the $50,000 New Year’s Eve ritual with Marshmello. The fun starts with a table for 15 guests stocked with a methuselah — that’s six liters — of Perrier Jouet Rose; two limited-edition hand-painted Marshmello Absolut Elyx Vodka magnums, two Avion 44 bottles, among other refreshments, and ends with a Marshmello meet-in-greet, photo opportunity and your very own autographed Marshmello helmet.

In addition to the stunning main room crowned with a kinetic chandelier — where it’s totally possible to have Champagne delivered by an aerialist — Omnia at Caesars Palace is one of the few nightclubs that has a Strip-facing patio perfect for midnight fireworks viewing. Calvin Harris performs on New Year’s Eve.

Where to Be Entertained

Bruno Mars takes the stage at MGM’s Park Theater on Dec. 31, Britney Spears closes out her Piece of Me residency at Planet Hollywood and Celine Dion performs in The Colosseum at Caesars Palace.

The most-exclusive invite-only party on New Year’s Eve in town once again goes down at Caesars, where Fergie will entertain high-rollers and VIPs after a lavish multi-course dinner.

The Cosmopolitan celebrates the whole weekend starting Friday with Zac Brown band, followed by Duran Duran on Saturday and Foo Fighters for Sunday’s main event, all at The Chelsea theater. The party spills over to the areas of the resort with Galantis, DJ Mustard and French Montana rounding out the three-day lineup at Marquee Nightclub. Inside the resort’s iconic Chandelier bar, which recently underwent a major makeover, Perrier-Jouet and Absolut Elyx host An Enchanted New Year’s Eve.