In 2017, George Clooney stole headlines when he sold off then-4-year-old tequila startup Casamigos to an international spirits conglomerate. And while he was hardly the first prominent personality to enter the drinks space, he was now one of the wealthiest: The deal was worth a potential $1 billion — $700 million up front with an additional $300 million tied to future performance. Then, in August of 2020, Aviation Gin, in which Ryan Reynolds holds an undisclosed stake, scored a huge payout as well, selling to Diageo in a deal that could net as much as $610 million over 10 years. 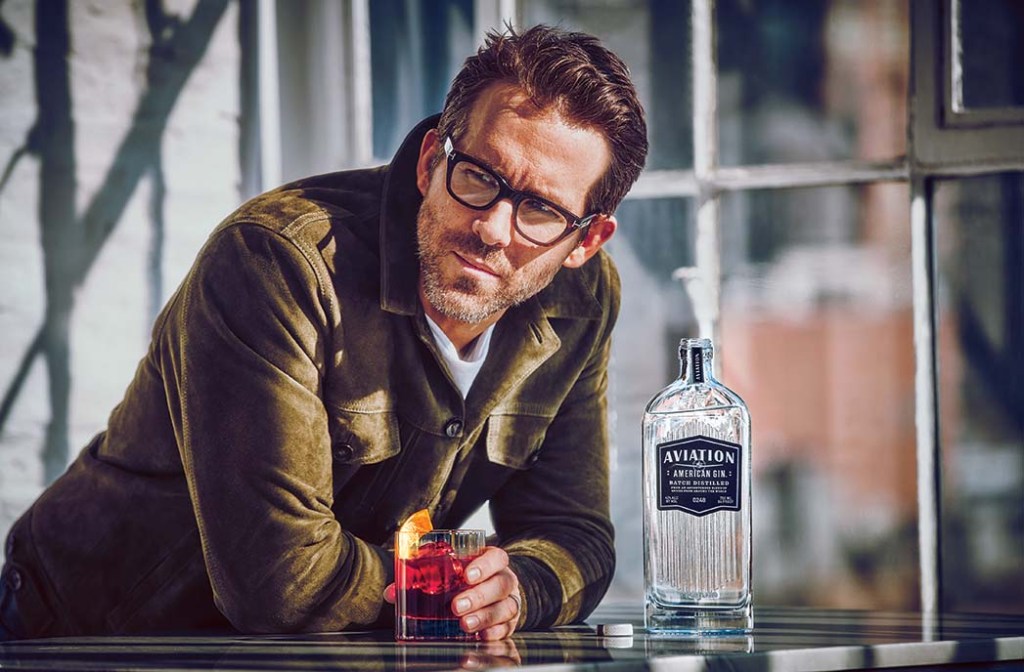 Fast-forward to 2021, and every star keen on diversification has an agent nudging them toward a booze brand. Yet celebrity brands still account for only about 5 percent of the sector’s $29 billion in annual sales. “They make the most noise, but if you look at the top brands — Tito’s, Crown Royal, Jack Daniel’s, Bacardi — they don’t have celebrity in their roots,” a prominent industry insider points out. Notable personalities read this as room remaining in the space.

Creating the next Casamigos, however, isn’t just a matter of matching celebrity with spirit; plenty of such partnerships have fizzled. Justin Timberlake has failed to gain traction with his 901 Tequila line. Both Drake and David Beckham have sputtered stateside with their respective whiskey offerings. Industry insiders attribute underwhelming brand performance to growing pains of a relatively new celebrity spirits business model — but, most simply, to lack of a singular vision. If the stars don’t put in the work, they don’t see the results.

As with any enterprise, laying down cash is just the beginning. What comes next is wholly dependent upon what they’re willing to lift. And who they have whispering in their ear.

For Clooney, that person was Rande Gerber, his friend and Casamigos co-founder, who had been in the nightlife game since the early ’90s. “Casamigos is brought to you by those who drink it — it’s not a celebrity brand,” Gerber contends. “[We] created it, own it, drink it, run the company and live the lifestyle. It wasn’t even [originally] intended for the public.” 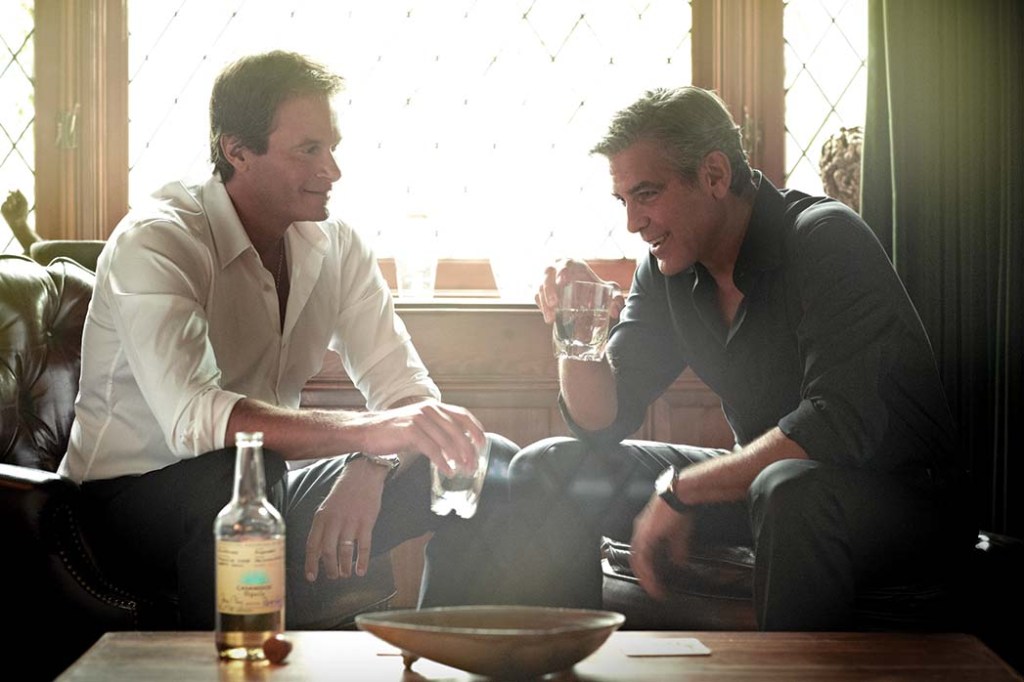 Indeed, by the time the brand sold, most consumers had no idea that Clooney was in the tequila trade. This was by design. Rather than plastering his familiar face on billboards, the actor-director opted to leverage his sway on the distribution side of the business, shaking hands and power-lunching with players who actually put product on shelf. 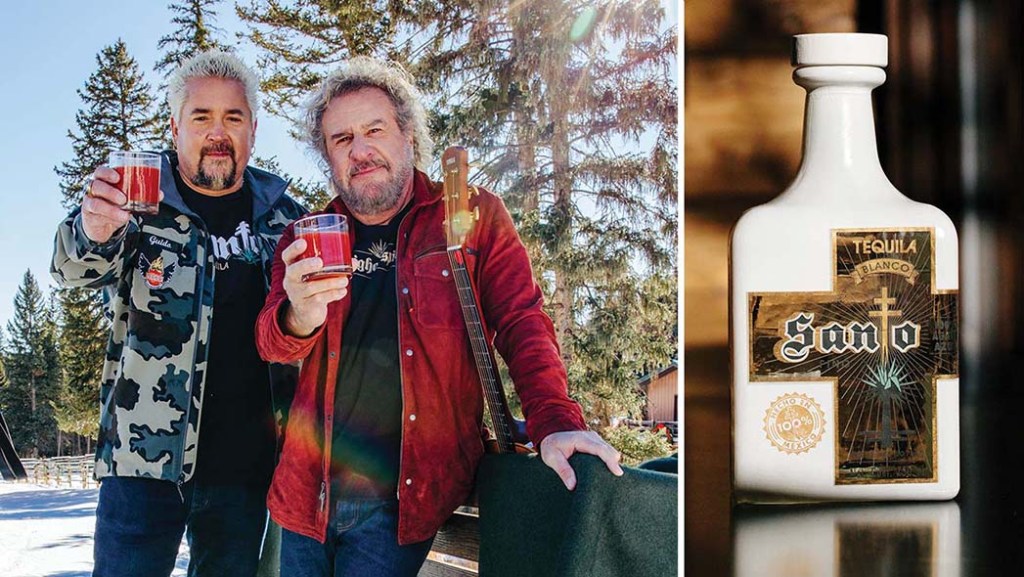 “The best strategy is to make friends, and that will help you — it’s all about relationships,” says Sammy Hagar. The former Van Halen frontman sold off the majority stake of his Cabo Wabo tequila brand to Gruppo Campari in 2007 for $80 million. But he didn’t stop there. In 2019, Hagar partnered with friend and celebrity chef Guy Fieri to launch Santo — a line that includes the world’s first tequila-mezcal hybrid. “I am one man with two brands and a lot of friends. That’s how it works for me. I love the spirits industry,” he said.

Hagar’s enthusiasm highlights the differentiation between actual ownership and mere endorsement. This is what separates the wheat from the chaff, according to Dave Mandler, a beverage market insider who has consulted for several celebrity-backed spirit brands, including Casamigos. “Owners are leveraging their network to the fullest extent, getting the brand into the right hands, at the right parties, and making the time to be personally involved in the different areas of brand support,” he says. “If you look at some of the recent success stories, this is the common theme.” 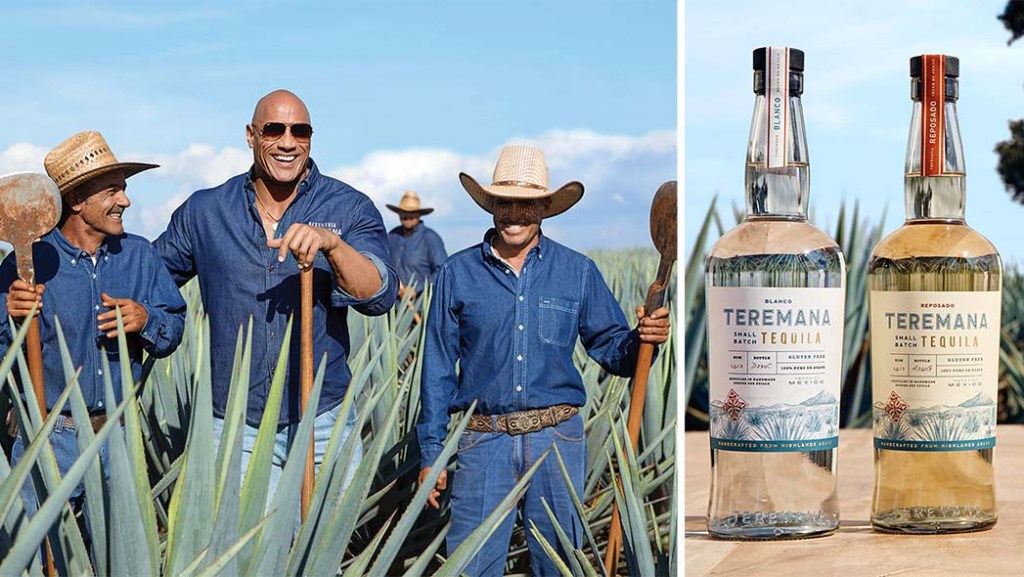 By available sales metrics, entrepreneur Ken Austin seems to have the winning formula dialed in. After selling off his own booze brand in 2018, Austin co-founded Proper No. 12 Irish Whiskey with UFC champion Conor McGregor. He also partnered with Dwayne Johnson to launch Teremana Tequila in the spring of 2020. Both liquors are already smashing early earning expectations. Teremana offloaded 300,000 cases in its first year, a record-setting debut.

Today, Austin spends much of his time actually turning down A-listers who are eager to enter the business. “We speak to many celebrities; we spoke to two more this week, in fact,” he says. “A lot of them are fishing around. We just talk to them about the work. The money comes if you work and it’s authentic. On less than one hand I can tell you the people that I really want to work with.”

He credits both Hagar and Sean “Diddy” Combs (with his Ciroc vodka brand) for drawing out the template in the early 2000s. Both artists leaned into their respective endeavors in a way that hadn’t been seen up until then. It’s a level of involvement now echoed by Austin’s current famous co-founders.

While he declined to provide specifics on how his partnerships are structured, another industry source says star investors are often incentivized by sales goals. If they can hit certain targets before a predetermined date, it ups their stake, potentially taking them far past an initial cap once an eventual buyout occurs.

“Yesterday Dwayne texted me and asked me some very detailed questions about the business — and he was on set, filming a movie,” says Austin. “But it was still on his mind. That’s being engaged.”

With McGregor, Austin often fields late-night texts concerning everything from point-of-sale to upcoming ads. “They are as available and accessible as we are,” he says of the collaborative efforts. “It’s not on a contract; they are all in. This isn’t just ‘turn on your Instagram and go post a couple of things,’ then expect things to happen by osmosis.”

Another billion-dollar celebrity booze brand is likely already out there. There are myriad contenders across countless categories of spirits, including Kate Hudson’s King St. Vodka, launched in 2019, and Ian Somerhalder and Paul Wesley’s Brother’s Bond bourbon, debuting this spring. It’s hard to say who exactly will get there next. But whatever product they’re peddling, passion will most assuredly be the primary winning ingredient. 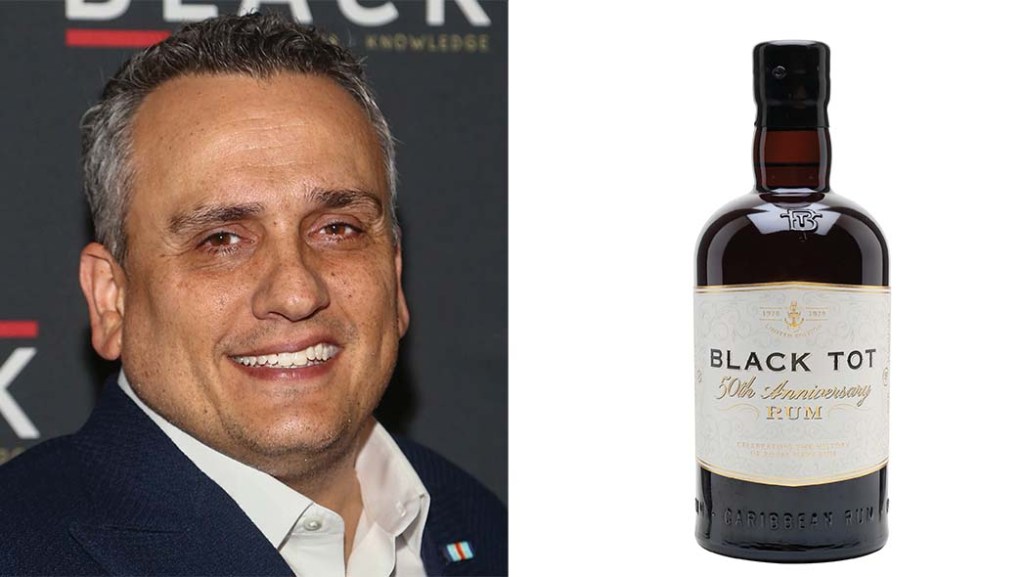 What Joe Russo and Walton Goggins Are Drinking Now

While filming the highest-grossing film of all time, the Avengers: Endgame co-director fell in love with a craft brewery on location in Georgia — Athens-based Creature Comforts. In 2020, he invested in the brand and will help steer a satellite brewpub to open in downtown Los Angeles before the end of this year. He’s also a well-versed spirits enthusiast. Here are a few of the bottles he loves.

Black Tot Rum “The remaining rations of the British Royal Navy’s rum, last manufactured in 1970. It’s like drinking an elegant maple syrup on the rocks. As a rum fanatic, I can certainly say that the story bolsters the taste.” $150, bittersandbottles.com

Lucha Extra Añejo Tequila “Just a lovely bottle of añejo. The kitsch factor of the bottle makes for fun conversation, but the smooth, imminently drinkable juice is the real talk.” $100, whwc.com

The Unicorn leading man is co-owner of his own craft booze brand in downtown Los Angeles. Mulholland Distilling produces three styles of spirit — all available on liquor shelves across Southern California. When he’s not enjoying his own supply, however, he’s typically tying one on with the bottles below. 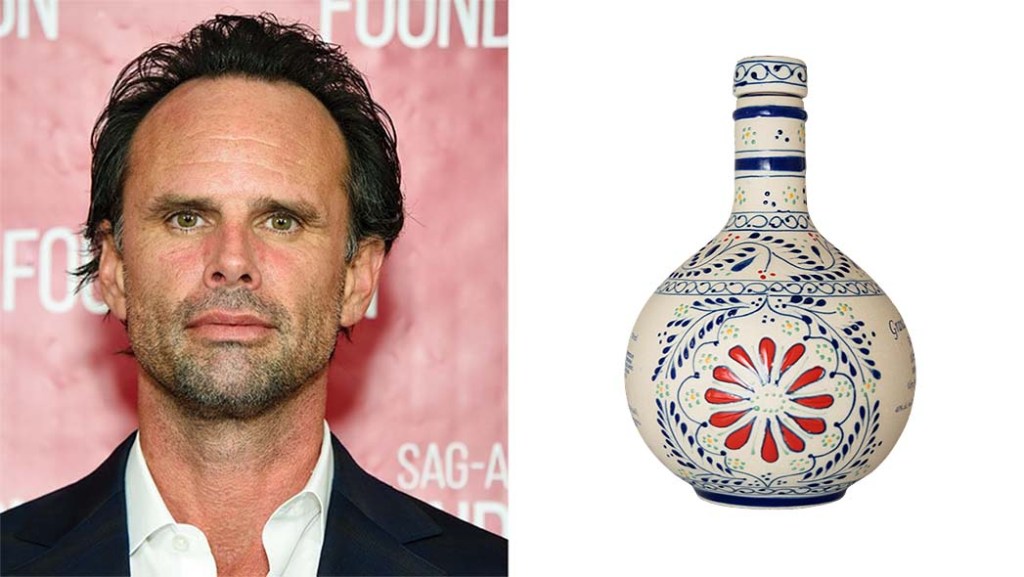 Madre Mezcal “I love gin, vodka and whiskey, which is why me and my [Mulholland Distilling] co-founder Matt [Alper] make them! But I also love mezcal and tequila. Madre is one of the best agave spirits around. It’s the perfect amount of smoke in a drink. It stands up in a cocktail but doesn’t dominate. I could drink three without noticing. OK, I have drunk three without noticing. It’s good. Real good.” $50, klwines.com

Square Peg 2017 Zinfandel “I give that as a gift whenever I can get my hands on it. It’s literally one of three wines my wife and I can agree to open!” $55, shop.squarepegwinery.com

Grand Mayan Ultra Aged Extra Tequila Añejo “I got this bottle as a gift a couple of months back. It did not disappoint. It’s not cheap but will provide just the right amount of comfort.” $80, klwines.com