A Hollywood, music and fashion crowd of all ages came out Tuesday night for the Whitney Museum of American Art’s annual Gala and Studio Party, which honored entrepreneur, philanthropist and former New York Mayor Michael R. Bloomberg for his lifetime support of the arts through his charitable giving and civic leadership. The event raised $5.2 million for the museum and served to celebrate the realization of Bloomberg’s longtime vision for a “cultural corridor” — for which the Whitney was the early anchor and which was finally completed last week with the opening of the Shed, Manhattan’s newest cultural center in the controversial new Hudson Yards real estate complex.

Mingling too amid a deep cross-section of New York’s socialites were dozens of global art world stars, including many with works in the permanent collection of the Whitney such as Christo (in the news this week triumphing in his 2020 plans to wrap L’Arc de Triomphe in Paris), Glenn Ligon, Julie Mehretu, Cindy Sherman, Lorna Simpson and Sarah Sze. Also in attendance were the artists Mickalene Thomas, Leo Villareal and Derek Fordjour, who recently gave a personal tour of his solo show at L.A.’s Night Gallery to Beyoncé and Jay-Z. 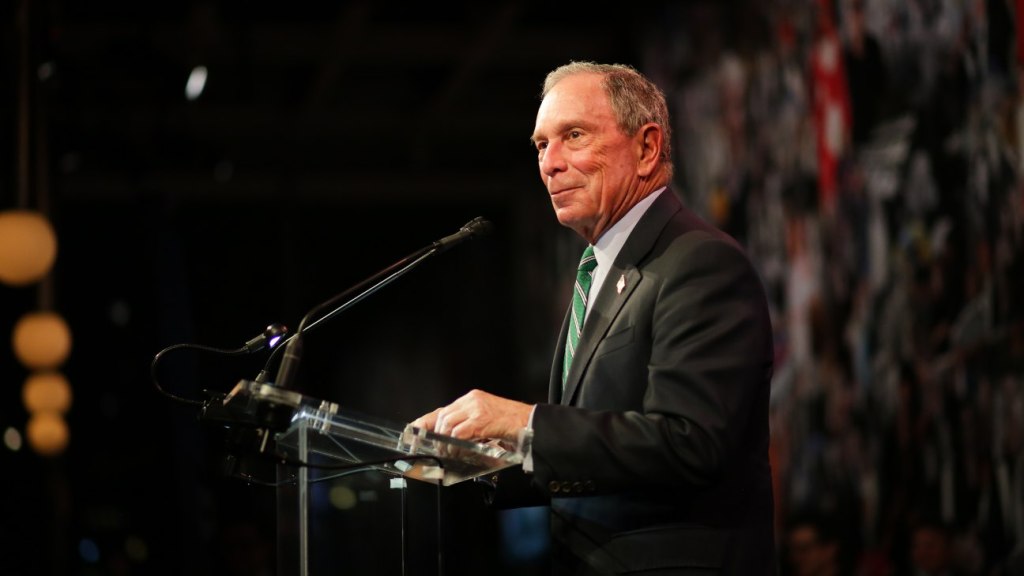 The gala, in conjunction with last week’s opening of the Shed on 30th Street, marked what one presenter termed “the month of Mike” because of Bloomberg’s role as both mayor and philanthropist.

“Mike Bloomberg understands the connection between art and quality of life, that the arts are what bring communities together. He knows that where the arts thrive, cities flourish,” said Whitney director Adam D. Weinberg in one of several tributes to Bloomberg that drew three separate cacophonous standing ovations.

But the speechifying could not compete with the charming video tribute to Bloomberg, with visual effects and cameos from Christo and the architects Maya Lin and Renzo Piano, designer of the Whitney’s new campus. The video showcased Bloomberg’s broad support for the arts. As mayor of New York from 2002 to 2013, his administration supported 500 public art projects and, as a philanthropist, he has put the heft of his foundation behind more than 600 cultural organizations around the world, including the Whitney. But it was the Bloomberg’s young grandchildren who pulled focus by ticking off in their lisping chirpy little voices a list of many other art institutions their grandfather has supported throughout his life. 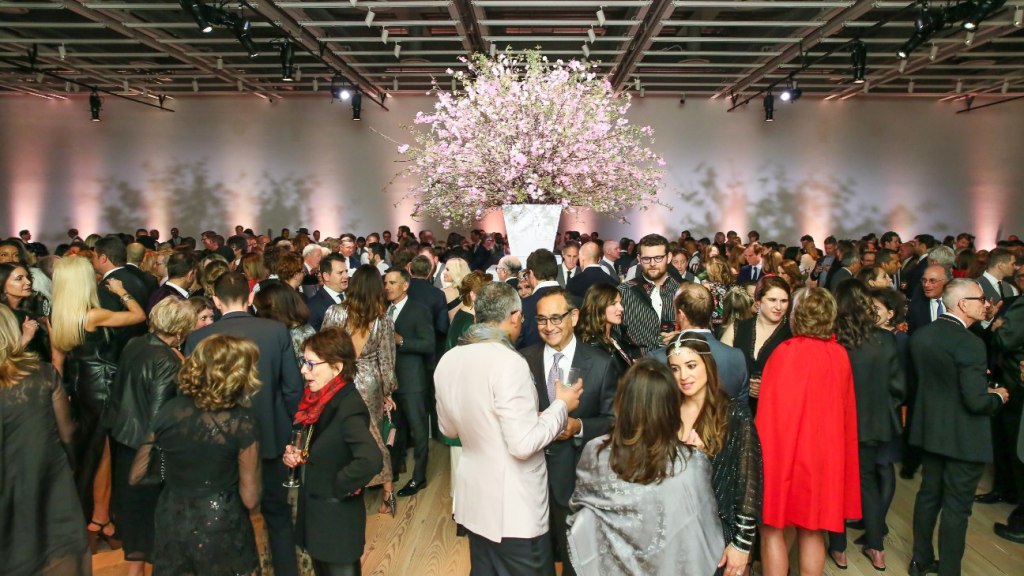 Finally taking the stage in a green rep tie and with his trademark matter-of-fact manner, Bloomberg quipped that it was surprising for the Whitney to be awarding someone “with so little artistic talent.” He then located his daughters Emma and Georgina in the audience and cited them as his only meaningful creations, along with his grandchildren Jasper and Zelda, the “stars of the film you just saw.”

The former mayor added, “Cities need the arts as much as the arts need cities. The arts not only enrich the way we see and feel and think about the world, they drive cultural, social and economic growth. If you show me a city with a thriving arts community I’ll show you a city with a bright future.”

The evening also highlighted the upcoming 2019 Whitney Biennial (featuring L.A.- based artists Milano Chow, Janiva Ellis and Calvin Marcus); and its just-closed blockbuster exhibition Andy Warhol — From A to B and Back Again, whose West Coast presentation opens May 19 at SFMOMA.

After the dinner, a broader, younger group of patrons swarmed the museum’s first floor for the late-night Studio Party, co-chaired this year by Bloomberg’s daughters. The MacArthur “genius” choreographer Elizabeth Streb helped get the party started, grooving to music provided by DJs Soo Joo Park and yet another Marley: Zuri Marley, the daughter of Ziggy.

Audi, the evening’s other sponsor, installed its 2019 Audi e-tron, the company’s first fully electric car, outside the museum — which proved a competitive photo opportunity to the many step-and-repeats and photo booths that had been set up by the event’s organizers on the perimeters of the pulsing dance floor.