In 2014, Julie Andrews, who was among the first movie stars to descend on Gstaad in the 1960s, proclaimed it “the last paradise in a crazy world.” And while the planet only has gotten crazier since then, the idyllic Swiss ski village, 58 miles east from Geneva, whose slogan is “Come up — slow down,” remains an unspoiled, understated retreat for the Hollywood set, not to mention industrialists and royalty. Amid the farmhouses and such fashion houses as Hermes, Louis Vuitton, Prada and Brunello Cucinelli hidden within chalets, Salma Hayek, Anne Hathaway and Valentino (who has owned a home here since the late ‘70s) stroll in fur-trimmed parkas alongside local farmers in wellies.

Elizabeth Hurley fell hard for the chic alpine escape. “Gstaad oozes glamour and style and is as picture-book pretty as anywhere on earth,” says Hurley, who became smitten with the place on her first visit 20 years ago with then-beau Hugh Grant. “Even though we were both appalling skiers, we had the best holiday.” 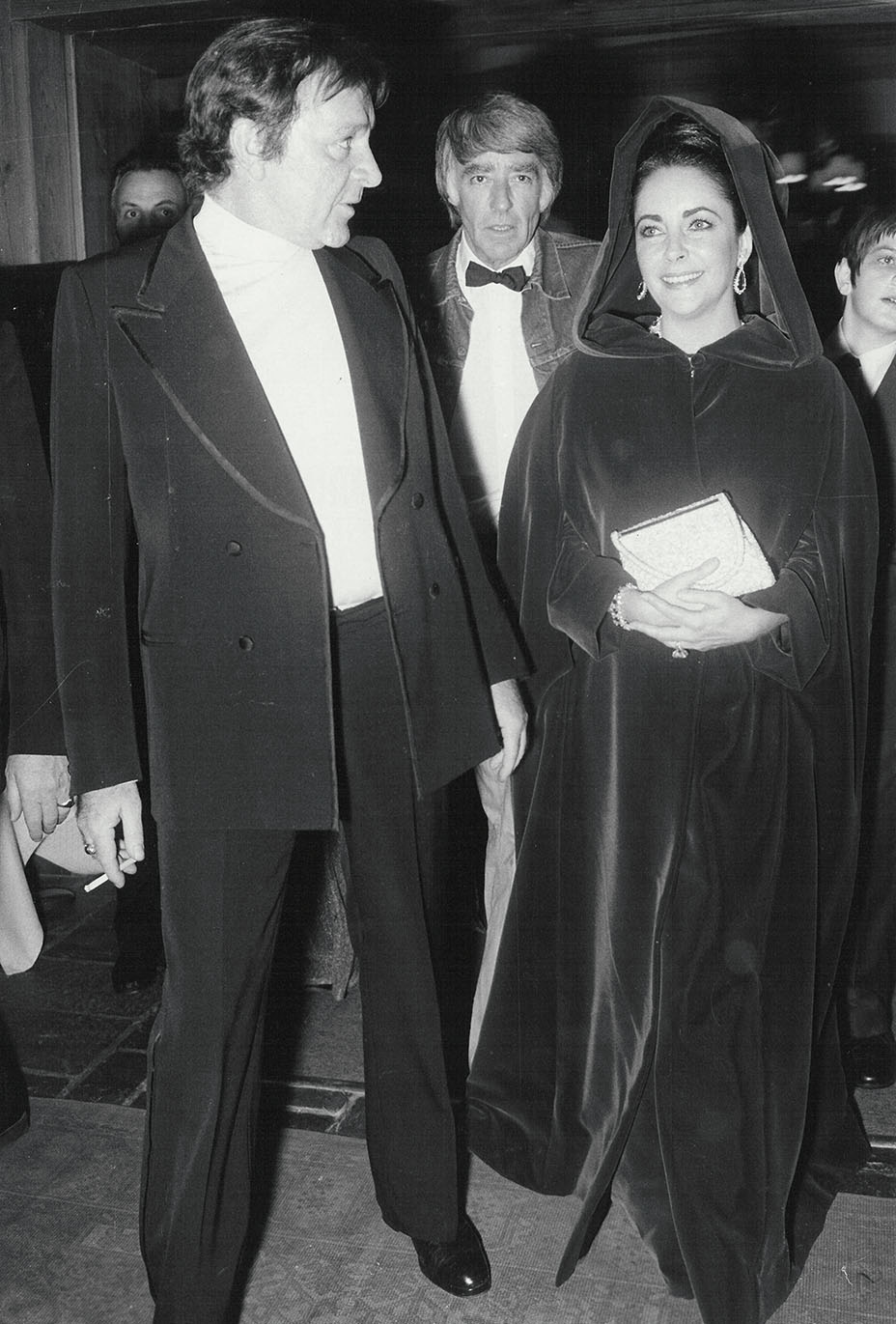 The undisputed social center of the 7,200-population village is the Scherz family-owned Gstaad Palace, an Old World grand hotel with crenellated towers. “It’s the soul of Gstaad,” says the Palace’s maitre d’hotel Gildo Bocchini, who has worked at the property for nearly 50 years. Through the years, the Palace has welcomed politicos (Margaret Thatcher, Kofi Annan), musicians (Elton John, Paul McCartney, Diana Ross), film stars (Sean Connery, Freida Pinto, Sophia Loren) and directors (Guy Ritchie, Quentin Tarantino). When Jimmy Carter visited after leaving the White House, he told Bocchini: “I know maybe the best hotel in the world, but it’s not like this one.”

The Palace, like Gstaad itself, is opulent but never ostentatious. In the 1960s, when Marlene Dietrich performed at the Palace, one could see Princess Grace of Monaco, aka Grace Kelly, piled onto a sled with her children, Jackie Kennedy skiing with daughter Caroline, and a fur-clad Brigitte Bardot walking her dog. “There’s a lot of people-watching, but it’s not cheesy or nouveau riche. It’s Harvey Weinstein hanging on the couch with his wife [Georgina Chapman]. The Kardashians probably wouldn’t go there,” says Julian Jaeger, a Swiss native and venture capitalist turned film producer, of the Palace’s low-key lobby bar. “You have to know the maitre d’ in order to get a table.” 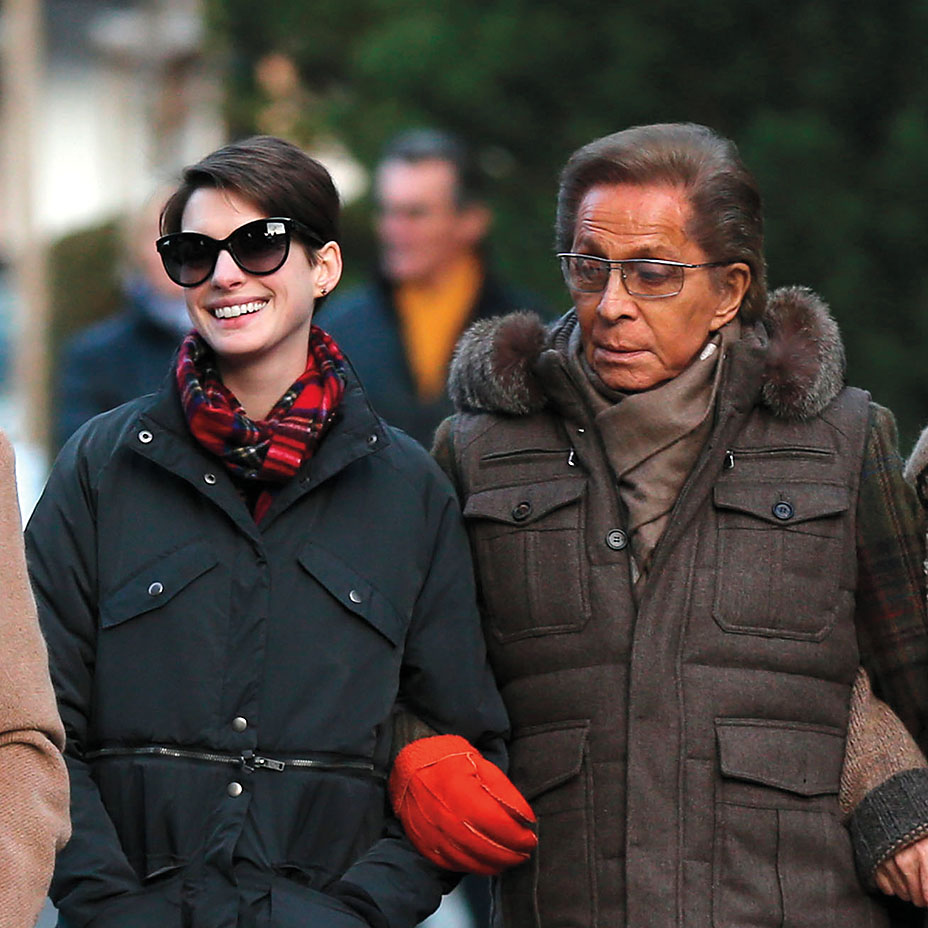 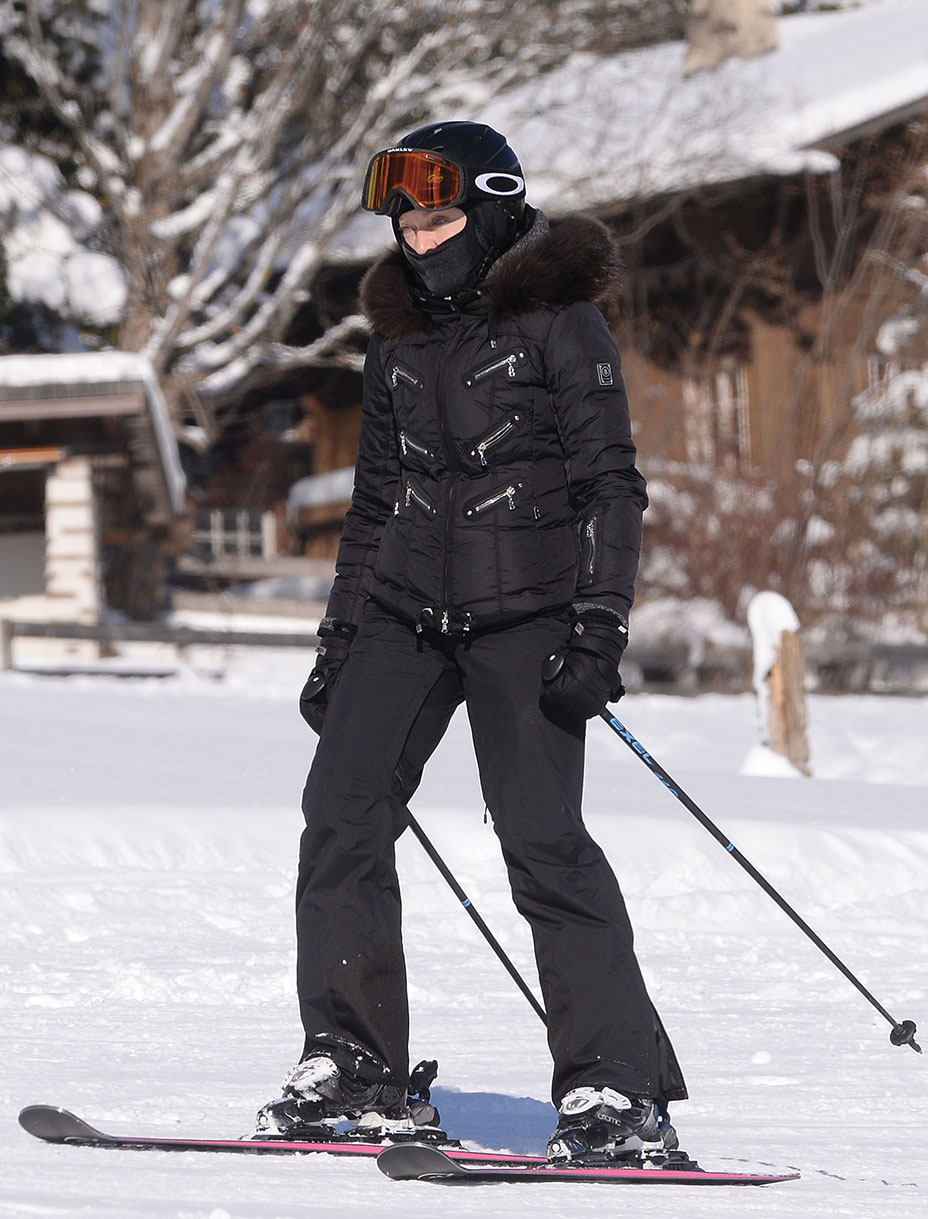 Gstaad’s far-away feel and sense of privacy were part of the appeal for Elizabeth Taylor, who bought a chalet with Eddie Fisher in 1962 and went on to become one of the town’s most prominent part-timers. In the ‘70s, Taylor and Richard Burton were Palace regulars, says Ernst Scherz, former general manager of the hotel like his father before him. “I saw her with about five husbands here,” he says, noting that the low points were the “truck driver she once had” (construction worker Larry Fortensky) and a lover she berated at dinner for mistaking her eye color.

Back then, gossip scribes and paparazzi were not allowed, and even now, local establishments work diligently to keep them away: Celebrities “like to come here to hide away,” says Andrea Scherz, Ernst’s son and GM of the Palace. A coterie of A-list actors treated the Palace like their winter clubhouse. Ernst recalls walking into the closed bar one afternoon and seeing David Niven, Burton, Roger Moore and Peter Ustinov having a quiet drink. 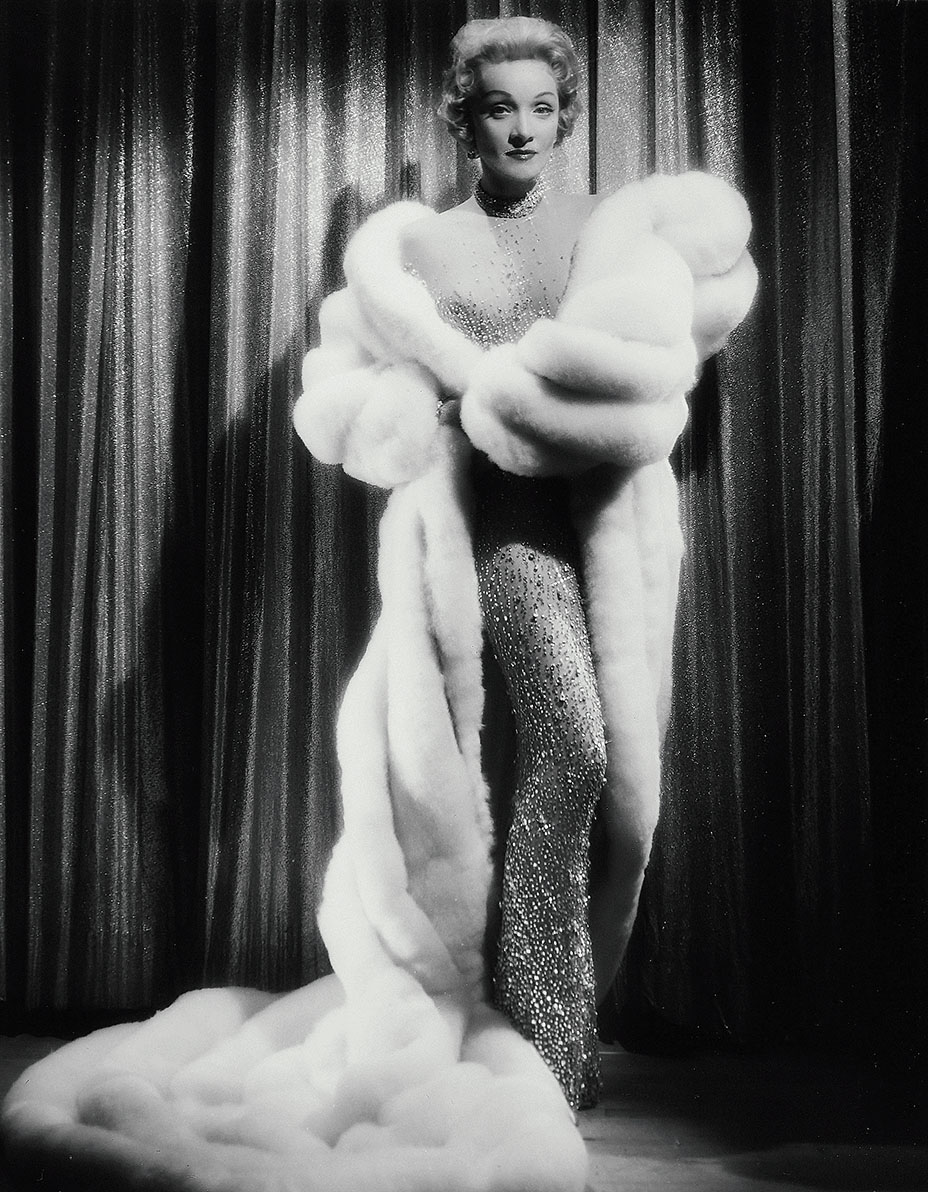 Forty-five years ago, the Palace opened the GreenGo discotheque — Gstaad’s first real nightclub — with low, snaking carpet-covered seating and louche lighting. It was an overnight hit. “The night was like the day,” says Bocchini. “We did 40 or 50 steak tartares from 4 in the morning to 6 or 7 o’clock.” The club’s dance floor sits over an indoor pool, and revelers often ended up skinny-dipping. GreenGo has attracted everyone from Princess Diana to a lip-syncing Tina Turner to Madonna and daughter Lourdes, but at first, says Bocchini, “it was film stars. David Niven, very classy. Peter Sellers drank a lot, so I would have to bring him up to his room — nearly [carry] him.”

The nightclub was so beloved by Sellers and filmmaker Blake Edwards, Andrews’ husband, that they filmed part of 1975’s The Return of the Pink Panther there (Sellers falls into the pool in one scene). Says Andrea, “They filmed during the day but … were partying — one ball after the other.”

Caesars Palace Turns 50: An Oral History of the Las Vegas Hotel and Casino

One of the most coveted tickets in town (from $1,250) is the Palace’s New Year’s Eve party, a bacchanalian affair awash in caviar and champagne that’s known for impromptu performances — one year John Travolta sprang up and sang, Bono another.

Around 2000, Michael Jackson was staying at Taylor’s chalet, which is serviced and staffed by the Palace, and asked Ernst if he could buy the hotel. “I said, ‘Why would you buy it?’ [And he said, ‘Because] I like it.’ He was so sweet, like a child.” 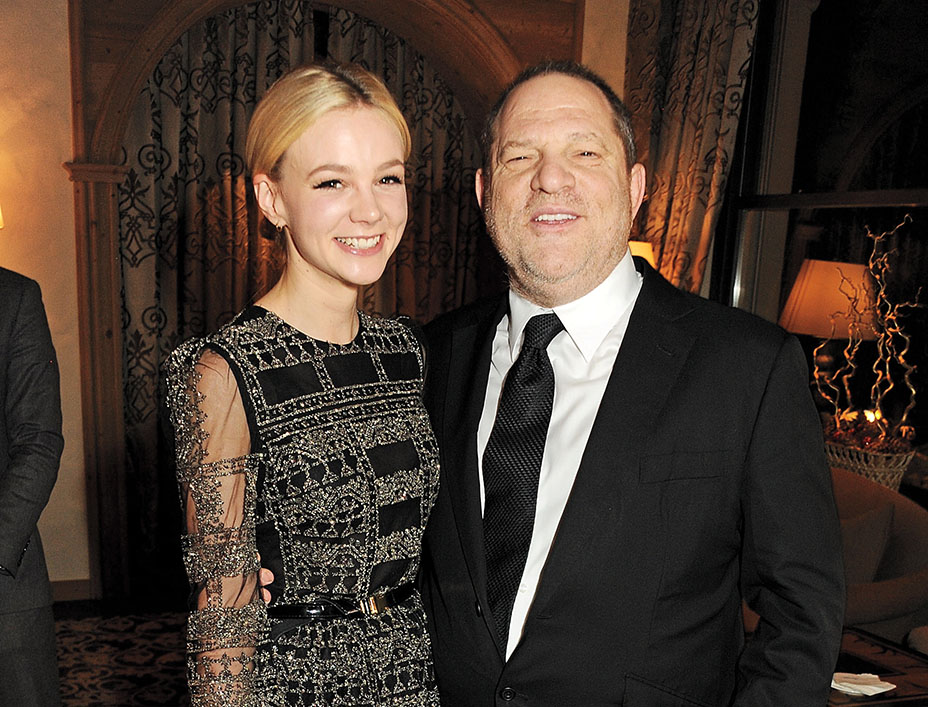 More recently, a younger crowd (that doesn’t mind unplugging from social media) has been intoxicated by the place. “Every glorious tale you’ve heard about Gstaad Palace is true,” says actor and jewelry designer Waris Ahluwalia. “I’ve always been with a merry band of troublemakers who makes sure every night is a night to remember.” They include Adrien Brody, Carey Mulligan, Mamie Gummer and Poppy Delevingne who, like Ahluwalia, come to Gstaad for ASmallWorld’s annual summit (a private international lifestyle club that once was branded as a “MySpace for millionaires”). Ahluwalia’s adventures are legion, but, like many guests’, don’t include the resort’s ostensible raison d’etre: “In all my years staying at Gstaad Palace, I’ve yet to hit the slopes.” 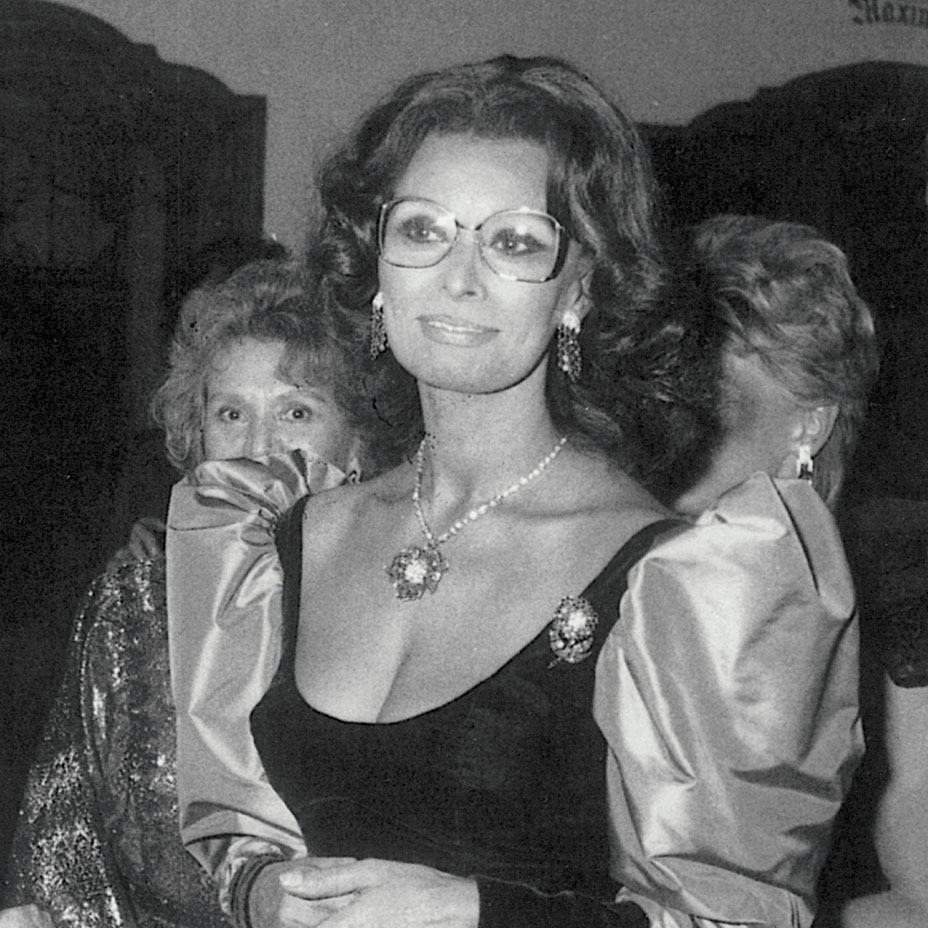 IF YOU GO TO GSTAAD…

WHERE TO STAY Booking one of the Gstaad Palace’s 100 rooms (from $412/night; palace.ch/en) includes breakfast and dinner at the Grand, one of the hotel’s five restaurants. The lobby bar (cocktails from $30) is the best place in town to see and be seen. After dark, the GreenGo nightclub ($50 cover for nonmembers; membership by recommendation only) attracts top DJs like David Guetta. The spa offers a traditional hammam and personal training. Hotel guests, seasonal residents and locals all rely on the Palace concierge desk.

Opened in 2012, the five-star, 56-room Alpina Hotel (from $850; thealpinagstaad.ch) features the Six Senses Spa and two Michelin-starred restaurants. Other five-star options include Park Gstaad (from $577; grandhotelpark.ch) and Le Grand Bellevue (from $750; bellevue-gstaad.ch). 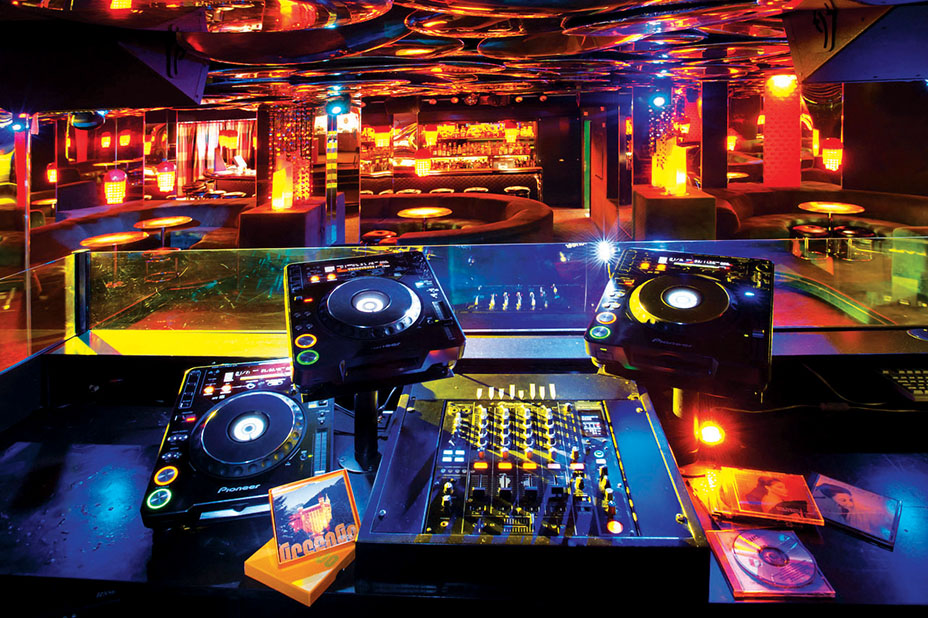 WHERE TO EAT Outside of the Palace restaurants, the Michelin-starred Chesery offers a six-course prix fixe for $178 (chesery.ch). Less formal options include Posthotel Rossli (posthotelroessli.ch); The Olden (hotelolden.com), a favorite of celebrities (Burton raved about the raclette in his diary); and Stallbeizli (stallbeizli.ch), where jet-setters and mud-booted farmers share communal tables.

WHERE TO SHOP On Hauptstrasse, such high-end fashion shops as Hermes, Louis Vuitton, Prada, Moncler and Brunello Cucinelli are housed in wooden chalets.

WHERE TO SKI Eggli; Wispile, popular for families and night skiing; and Wasserngrat, home to the area’s steepest run, all are adjacent to town (gstaad.ch). Glacier 3000 (glacier 3000.ch) offers freeskiing and Europe’s highest suspended bridge (9,800 feet).

HOW TO GET THERE Gstaad is best reached by train — it’s 2½ hours from the nearest major airport in Geneva — or private plane into the Saanen-Gstaad airport.