When Scott Gillen was dreaming up The Case, Malibu’s first gated community in more than two decades, he wasn’t factoring in preparation for disastrous infernos. But in the aftermath of the Woolsey fire, which torched 97,000 acres, destroyed 1,500 structures and resulted in at least three deaths, Gillen realizes that his 24-acre development can make a stronger case to buyers.

“It wasn’t designed thinking about fires necessarily, but it actually works out,” says Gillen, ticking off the fire-safety and preventative measures baked into the five-residence enclave: Each of the new homes will have a price tag between $40 million and $60 million, and the community will share a six-foot-tall fire-retardant wall, a 24-hour guard tower, a fire hydrant and state-of-the-art sprinkler system and — most notably — an option for homeowners to have their own fire-fighting service. With the development, which lies just outside the Woolsey perimeter, about halfway built, Gillen feels certain future homeowners will opt in for a private fire force.

When The Case opens in 2020, it will enter a hierarchy that has lured L.A.’s wealthiest and most status-hungry buyers for decades. Two other large properties — the 157-acre parcel known as The Mountain in Beverly Hills, listed for $1 billion, and the 11-acre Park Bel Air property across from the Beverly Hills Hotel — are also being marketed as potential gated communities, according to a source with knowledge of each.

For the past eight years, walled enclaves have drawn some of the biggest names in Hollywood, from Mark Wahlberg to Arnold Schwarzenegger, with their privacy and exclusivity. But there’s another factor that top brokers say is pushing buyers to consider going gated: the “Nextdoor effect.” The term is a reference to the neighborhood-based internet and social media platforms on which every threat — real or perceived — is shared, triggering heightened security concerns. Couple that with a surge in robberies (according to data from the LAPD’s West L.A. Division, which covers Brentwood and Pacific Palisades, burglaries are up 14 percent over the same period in 2017 and up 41 percent over 2016), and the prospect of a 24-hour guard gains appeal. 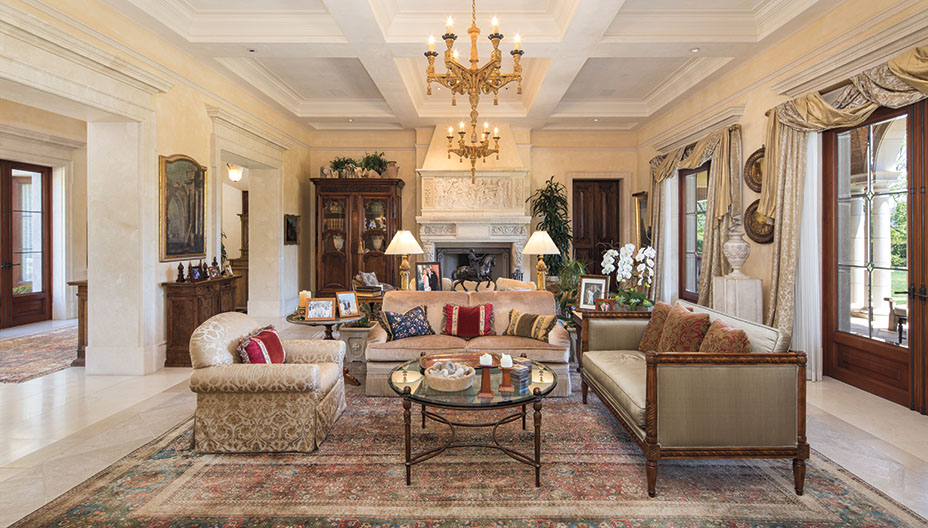 “[Gated communities] are still a bit of a status play, but … it’s really more of a security play right now,” says The Agency co-founder Mauricio Umansky. He and his wife, Real Housewives of Beverly Hills star Kyle Richards, should know. Last year, thieves made off with more than $1 million in goods from their Encino home while they were on vacation. “We’ve since discussed moving into a gated community,” he says. “But most don’t allow filming, which is a problem for us.”

In recent months, Dodgers star Yasiel Puig’s Encino home was robbed multiple times; Rihanna‘s Hollywood Hills home and Christina Milian’s in the Valley also were burgled. In October, when the LAPD reportedly arrested a group of teenagers suspected in those robberies, authorities found a list of other actors and athletes thought to be future targets.

“Sometimes it’s a celebrity, sometimes it’s a high-net-worth person — but it’s almost always someone who wants that extra layer of privacy and protection,” says Hilton & Hyland’s Linda May, who has made a study of these enclaves and their buyers: At the top of the hierarchy, she says, is Beverly Park, home to Wahlberg, Denzel Washington and Sumner Redstone, where a 20,000-square-foot Italian palazzo with 30-car courtyard is now listed for $165 million. Next in the pecking order are communities like Brentwood Country Estates off Mandeville Canyon Road, where Schwarzenegger lives. Tom Brady and wife Gisele Bundchen lived there before they sold to Dr. Dre for $40 million in 2014. 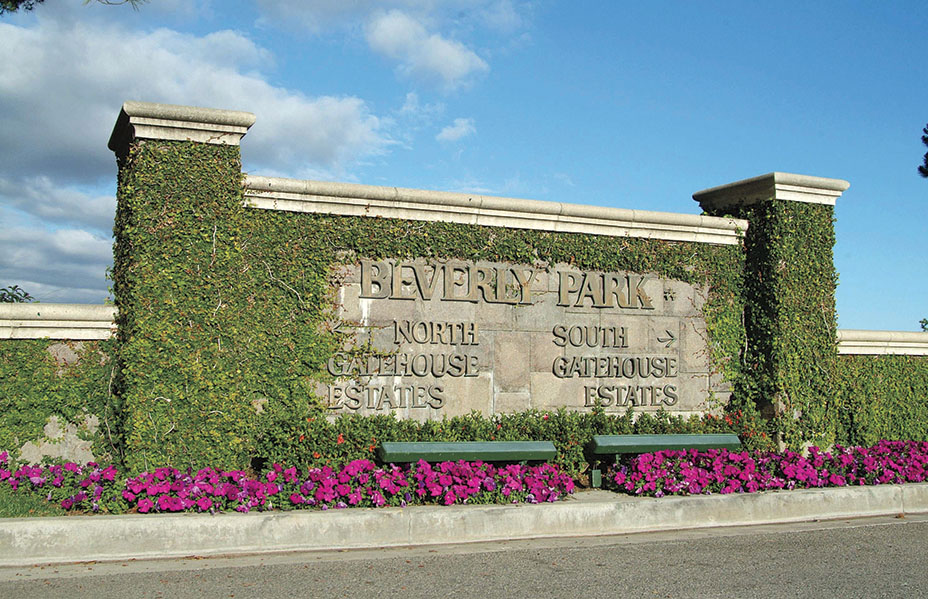 Bel Air Crest and Mulholland Estates are also famed for housing A-listers (Jennifer Lawrence purchased Jessica Simpson’s Mulholland Estates home for $8.2 million in 2014) as are several developments in Calabasas like the Oaks, a double-gated community where the Kardashian clan, Drake and Justin Bieber have resided. Costs of security and amenities are built in to homeowner association fees, which can range from hundreds of dollars a month to thousands.

Creating a gated community is an arduous process and takes years of negotiations with the city of L.A. It’s easier to build a new one than to try and cordon off an existing community, which usually demands an extreme change in the local environment. For example, in the early 1990s, owners in Brentwood Circle — which lies directly below where the Getty Museum was being built — were able to make the case that a gate would improve traffic flow.

Not every Hollywood-favored enclave is perched on a Westside slope. The gated Fremont Place in Mid-City, at the southern edge of Hancock Park, is known less for flashy residents and more for its history (Mary Pickford once lived there) and architecture. Fremont comprises about 70 houses, one of which recently drew the interest of Jason Blum, who purchased a Mediterranean Revival mansion in August for $9.5 million (according to a real estate source, the seller threw in a vintage Rolls-Royce to help seal the deal).

Though L.A.’s expanding vertical living options provide their own security and amenities (Blum is living in a downtown high-rise while he renovates his Fremont home), walled communities still hold a unique allure. “Folks like to live behind gates,” says Paul Habibi, a developer who teaches at UCLA’s Anderson Graduate School of Management. “It gives them peace of mind.”

The former home of Wheel of Fortune co-host Vanna White in Beverly Park, listed by The Agency’s Mauricio Urmansky, is a sprawling two-story Italianate mansion with eight bedrooms, 10 baths, a gym and vineyard.