Working out from home can be tedious or invigorating, depending on the approach. Actor Tom Payne has been working out with friend and trainer Tom Fitzgerald for over three years, but since the COVID-19 safer-at-home orders in Los Angeles, the two have taken their sessions virtual. The two first met in 2014, connected by Fitzgerald’s husband Jamie, a fashion publicist and high school friend of Payne’s.

“I feel like everyone has had a crash course in Zoom these past few weeks,” says Payne. And it’s true, the whole fitness world has gone virtual. Fitzgerald (@trainertom86) expected gym closures and stay-at-home guidelines to wipe out his entire business, but has been happily surprised by the loyalty of his clients and a general willingness to switch to virtual training. “They say a good trainer can put together an effective workout in a broom cupboard,” he says. “This is the time to put that theory to the test!”

Since lockdown orders went into effect, Payne has kept up his regular workout routine by bolstering his home workout space with a weight bench and medicine ball. “We also had a few things that we hadn’t been using,” he says, “that are now part of our routine like Olympic Rings and a BOB fighting doll!” But most significantly, Payne and his fiancée, model and singer Jennifer Akerman, purchased bikes and sometimes replace a regular workout with a long bike ride around L.A. 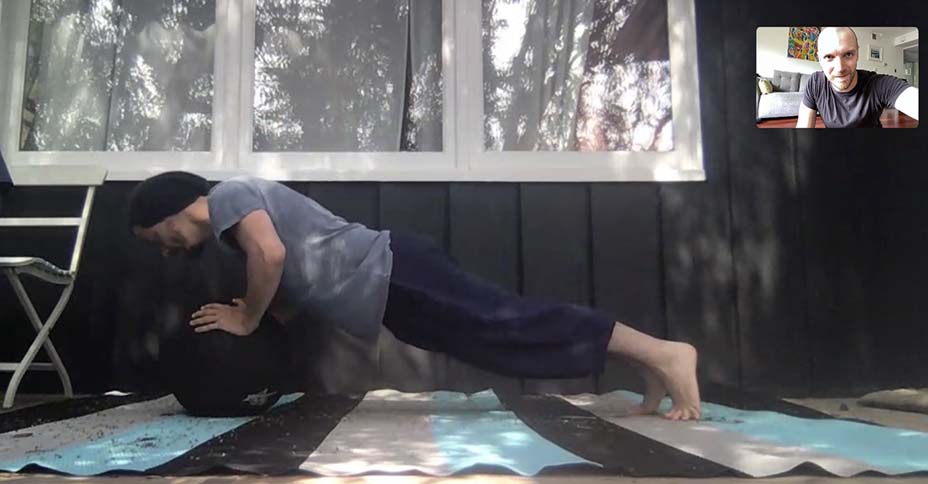 Fitzgerald, on the other hand, cleared out space in his living room in front of a mirrored wall. In this workout space, he has everything from foam rollers to TRX, even using socks and towels as sliders. “What I miss most is a squat rack,” he says, “but I just focus on long isometric holds and slow the tempo on each rep with the weights I have at my disposal.” Exercising with less weight means longer workouts, but Fitzgerald has reclaimed his travel time between sessions now that he is training clients virtually.

In addition to all the physical benefits of working out, exercise is good for mental health. The release of endorphins can boost one’s mood, and consistency helps pave a path through chaos. “Sticking to a routine gives some semblance of control in this unsteady time,” says Payne, whose show, Prodigal Son, was just renewed by Fox for a second season.

Payne and Fitzgerald started training together while Payne was playing Jesus on AMC’s The Walking Dead. Though Payne’s original goals were to improve body shape and gain muscle, his job needs ended up playing a significant role in the training regimen Fitzgerald designed for him. “Jesus was adept at martial arts,” said Fitzgerald. “We knew Jesus would need to look strong, but not enormous.” So rather than trying to bulk up and gain excessive muscle, Payne’s workouts focused on natural-looking definition.

Then, in 2019, Payne was cast as Malcolm Bright, the lead on Prodigal Son. While the change of roles was drastic in terms of personality, things stayed consistent in terms of physique and fitness needs. “Malcolm Bright’s upbringing and styling is of course very different in Prodigal Son,” explains Fitzgerald. “[But] I believe that a certain innate, savage resilience is extremely pertinent to that character as well.”

An average workout consists of upper and lower body exercises and biking, with a day of rest between each session. The specific exercises, as Fitzgerald puts it, “involve lifting heavy loads with a lot of time under tension, followed by a lighter set with higher reps for muscular endurance.” These sets are focused on compound movements, where several muscles are used simultaneously to achieve a strong push or pull in a knee or leg-dominant exercise. When muscles are supplied the correct nutrients, heavy compound movements are known to boost testosterone and muscle growth. 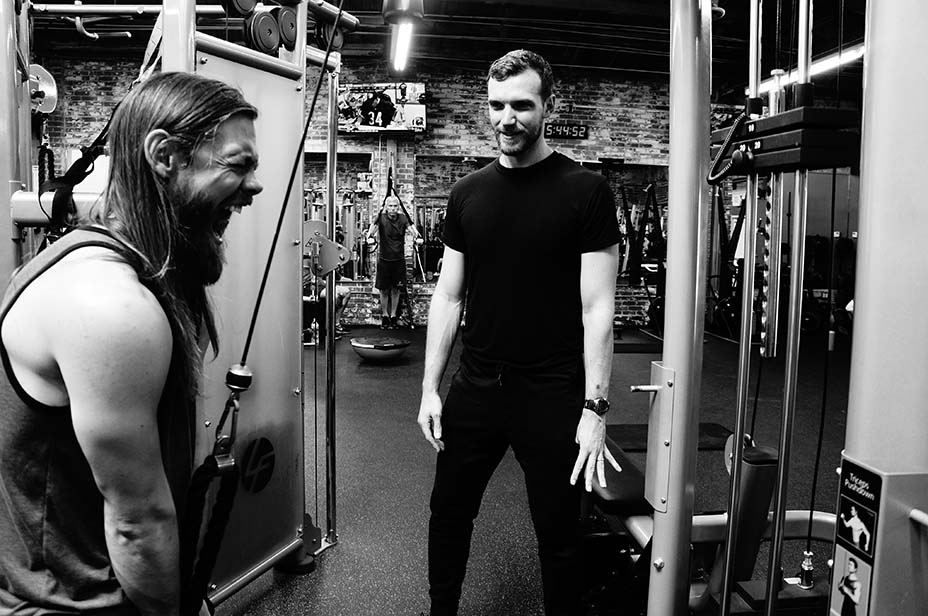 Like many fitness plans, the strategy behind Payne’s workouts puts a high level of importance on diet and rest. Both Fitzgerald and Payne are ectomorphic, a body type that tends to be lean and has difficulty putting on muscle or fat due to a high metabolism. So in between workouts, Payne tries to consume a high number of calories, focusing on protein. “Most people would need a period of ‘cutting in’ after a program like this,” Fitzgerald explains. “However, Tom has such a fast metabolism that just keeping up the calories is the main challenge; losing fat in order to show muscular definition happens almost automatically.”

During these unpredictable times, sticking to a routine (fitness or otherwise) can be extremely difficult, but Fitzgerald — whose entertainment-industry clientele also includes costume designer Dawn Ritz, writer/director Craig Johnson, director Darren Stein and stylist Jenny Ricker — is still optimistic. “As long as we can create the right attitude through our rapport and find an appropriate balance between muscle groups,” he says, “we can continue to put in physically challenging work that will keep us healthy and confident, and continue to move us towards our goals.” 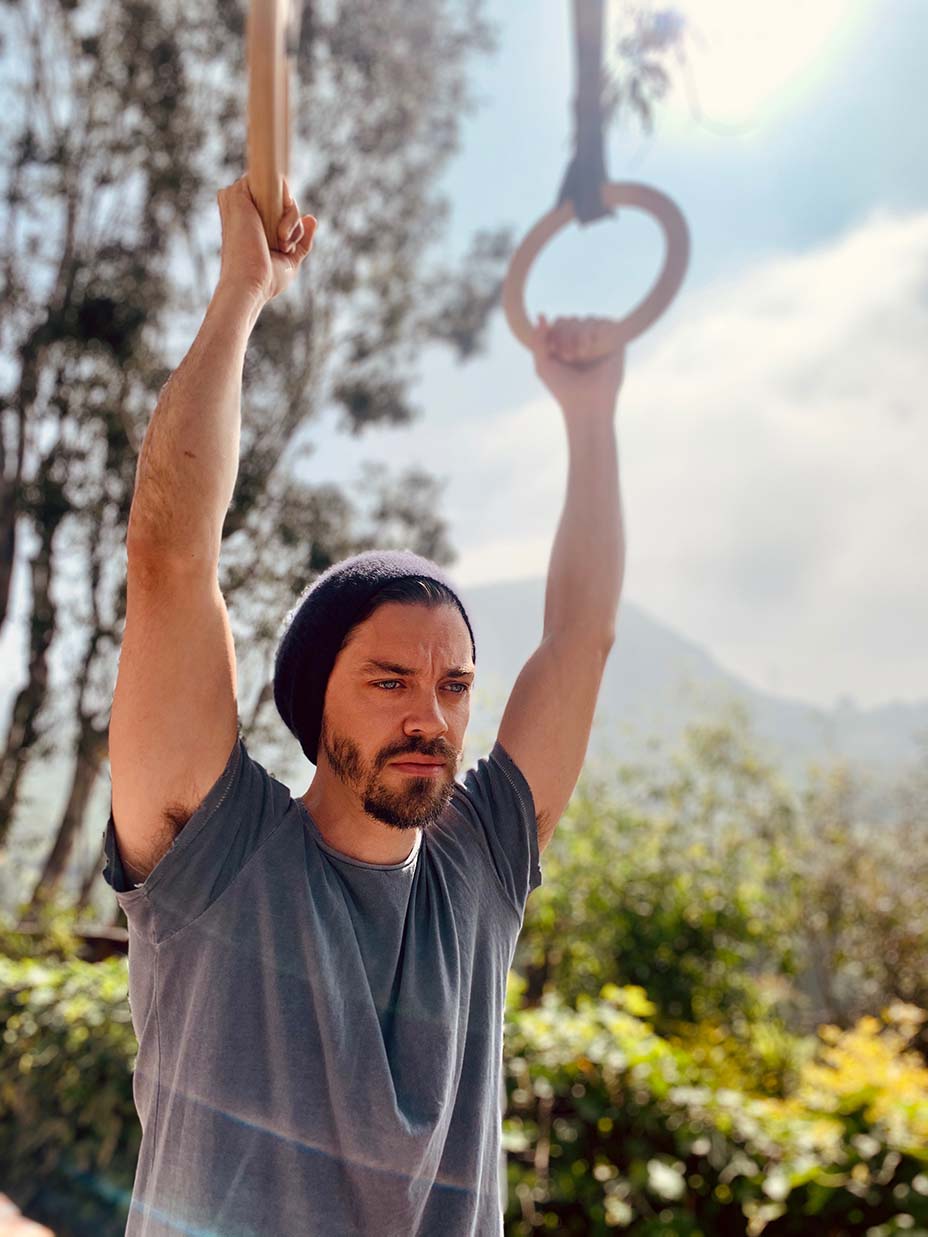