One of the most iconic dresses in cinema history almost ended up in a Goodwill donation.

“There were three trunks in the back of a warehouse,” recalls Joe Maddalena, president and CEO of Profiles in History, the Calabasas, California-based auction house that specializes in entertainment memorabilia. Since March, Maddalena and his team had been cataloging items for “The Personal Property Auction of Carrie Fisher and Debbie Reynolds,” set for Oct. 7-9. The trunks, not discovered until early August, initially were ignored. “We had been told it was vaudeville stuff, nothing important. But we had a few hours to kill, so we opened up the trunks and started pulling stuff out.”

Though Maddalena has unearthed more than a few Hollywood treasures in his career, even he couldn’t believe what one trunk contained. “In addition to some other things, there were a few Mae West costumes, and then a dress that was instantly recognizable,” he says. Any classic-film aficionado could easily identify the white strapless organza dress with ruffled hem and detachable train, with black floral embroidery embellishing both pieces: Maddalena was holding Audrey Hepburn’s gown from 1954’s Sabrina. Worn when her titular character makes a high-profile entrance at a party, the dress is key to illustrating Sabrina’s transformation from chauffeur’s daughter to chic sophisticate freshly returned from two years in Paris.

“It really is one of the four or five most famous dresses in cinema history, and we almost missed it,” Maddalena says. “If we hadn’t opened those trunks, they likely would have just gone to Goodwill.” The dress, which shows some minor wear and aging, will go up for bid Oct. 8 and is expected to fetch between $80,000 and $120,000, according to the Profiles in History estimate.

How is it possible that such a significant costume could be misplaced all these years, especially as Reynolds was considered such an astute and prolific collector of Hollywood memorabilia? “There’s just no way that Debbie knew she had this,” Maddalena says. “She purchased so many things over the years, at one point it was just likely forgotten.”

If anybody would understand Reynolds’s mindset with regard to her collection, it would be Maddalena, who knew the actress for almost four decades, from 1977 until her death in late December 2016. “I was just a young kid, 16 years old, and met her at a memorabilia show,” he remembers. “The thing about Debbie is that, if you asked her what she wanted to be remembered for, she would say as a collector. She loved Hollywood and was the ultimate fan.” 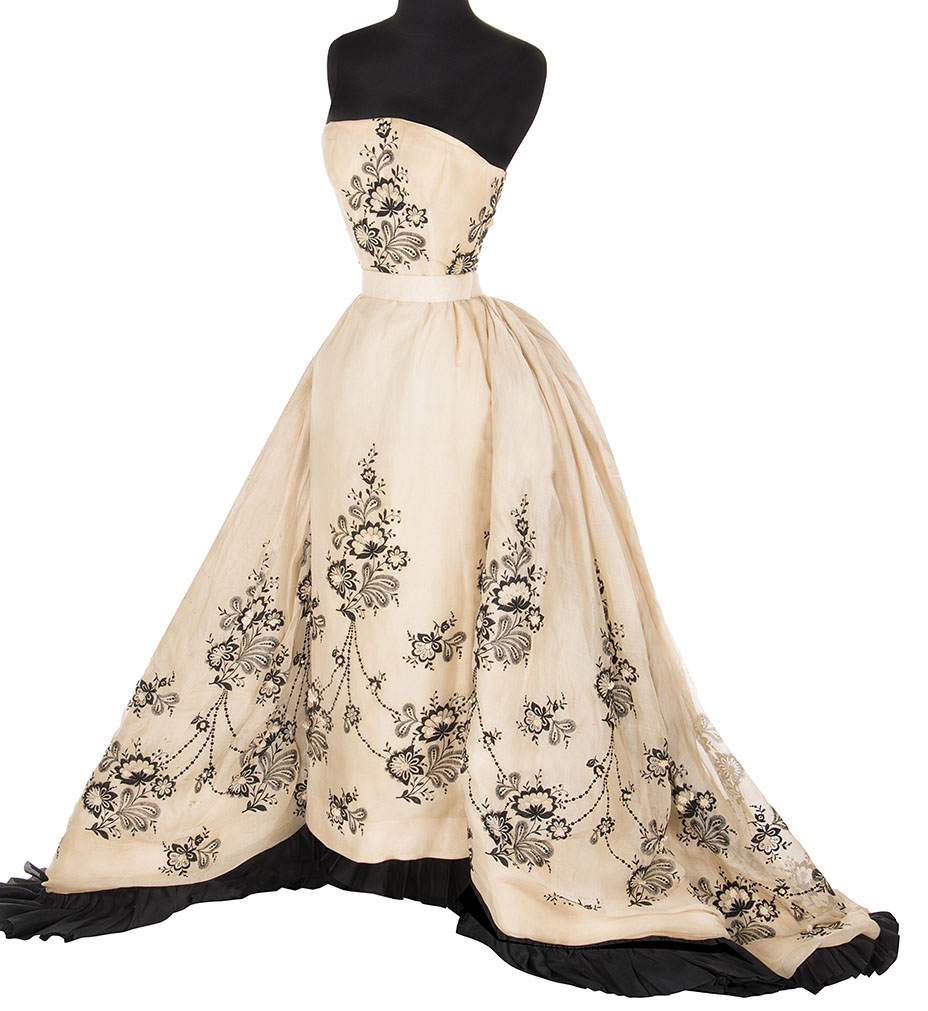 When Reynolds decided to auction off her collection, she turned to Maddalena. Over the years he produced three auctions for her, including a high-profile 2011 event that featured several iconic costumes, from Hepburn’s black-and-white Cecil Beaton gown from My Fair Lady, which fetched $3.7 million, to Marilyn Monroe’s white halter dress from The Seven Year Itch, which went for $5.6 million. But this October event — “the fourth and final,” Maddalena calls it — has been his most challenging, he says, also because it represents the collections of both mother and daughter, who lived next door to each other for many years. (Fisher died from sleep apnea and other undetermined causes on Dec. 27 after she fell unconscious during a flight from London to L.A.; Reynolds, in distress from her daughter’s passing, died Dec. 28 after suffering a severe stroke.)

“I walked into Carrie’s house, and it was eerie, because nothing had been moved; her hairbrush was still sitting on a counter where she had left it,” Maddalena says. “Then I walked into Debbie’s house, and I just fell apart. That’s when I turned to Todd [Fisher, Reynolds’s son and Carrie’s brother], and I said, ‘I have to do this the right way, or I don’t want to do it.’ It wasn’t easy. There were months of chronicling everything. And every once in a while, I had to leave the house and just go for a walk. To be in their intimate space, sometimes it was a bit much.” Among the items expected to fetch top dollar in the 1,419-lot auction: Fisher’s personal Star Wars script and one of Reynolds’ costumes from Singin‘ in the Rain, a lavender chiffon dress she wore during the musical’s “You Were Meant For Me” sequence (she preserved four of her costumes from the 1952 film; the family is keeping three of them). 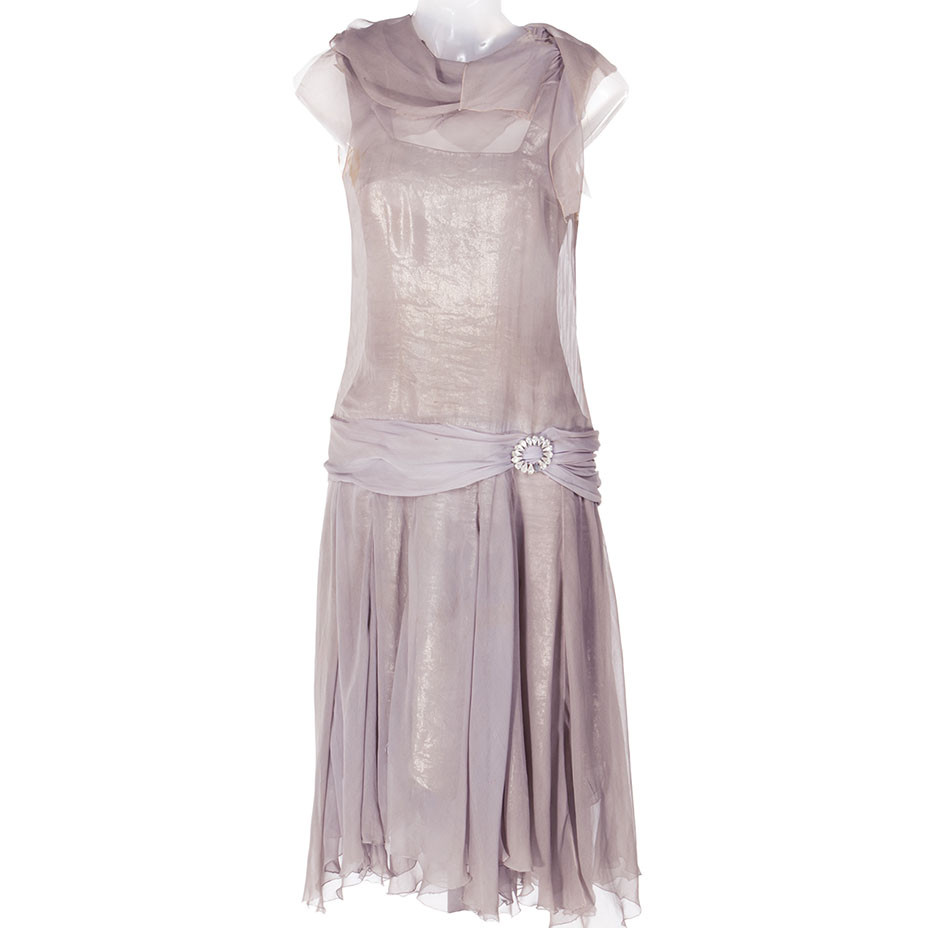 Maddalena was near the end of the process, with plans for the auction already finalized, when he discovered those three trunks in Reynolds’ warehouse on her 44-acre ranch in nearby Creston (the ranch also is going on the auction block Oct. 9). In finding the Sabrina costume, he also could put to rest a fabled debate in film fashion: Who designed the dress, costume designer Edith Head or fashion designer Hubert de Givenchy? As the legend goes, Sabrina was Hepburn’s second film after 1953’s Roman Holiday, and director Billy Wilder sent her to Paris to soak up a bit of haute-couture atmosphere prior to filming. Hepburn was instructed to visit Givenchy’s atelier — famously, when the couturier heard that “Miss Hepburn” had arrived, he assumed it was Katharine, at the time a far more famous movie star. Givenchy was instantly charmed by the gamine Audrey, however, and a lifelong friendship — and one of fashion’s most celebrated designer-muse relationships — was born.

But when Hepburn returned from Paris, what did she bring with her? “Did she bring actual clothes from Givenchy, or did she bring sketches?” Maddalena asks. “I’m in Edith Head’s camp on this. I can see her looking at Givenchy’s sketches and saying, ‘OK,’ and then creating her own interpretation.” His argument is bolstered, Maddalena says, by an examination of the dress. “A couture dress is completely finished on the inside,” he reasons. “Studio-created costumes are unfinished inside, so a costumer can quickly open and close them if needed on set. This dress is unfinished inside, and it’s been stamped by Paramount’s wardrobe department.”

For decades, film-fashion purists have believed Givenchy was wrongly denied credit — especially when Head captured the Academy Award for best costume design for Sabrina in 1955, and didn’t mention Givenchy once in her acceptance speech. No matter how large or small the snub, Hepburn made sure it never happened again: For almost every contemporary-era film she made after Sabrina, Givenchy would receive onscreen credit as the designer of her costumes.

Combine the beauty of the dress and its relation to Hepburn’s career with such a juicy backstory, and the piece is all but assured to receive maximum attention at the event. “It’s the best thing in the auction, hands-down,” Maddalena says. “It would be the best thing in anybody’s auction. There are very few moments in which the stars truly align, but this costume is one of them.”

No matter the hammer price Oct. 8, Maddalena is certain Reynolds would enjoy the thought of one of cinema’s most iconic dresses in her final auction — and not merely its inclusion, but also the story of its discovery. “Debbie was so passionate about preserving this history of Hollywood,” he says. “Finding this dress the way we did, it was as though she was saying to me, ‘We’re not done yet, Joe.'”