“Exciting day for fashion fans,” is how Derek Blasberg opens his blog post, published today to announce that YouTube has gone live with a new home for fashion and beauty content. Located at YouTube.com/Fashion and informally known by Blasberg and his team as “slash fashion,” the Google-owned platform has created this formal destination for all things fashion and beauty.

Blasberg, who serves as director of YouTube Fashion and Beauty, explains it in his own words as an aggregate designed to “feature original content from the biggest names in the industry, as well as the popular content that users have come to expect from the world of YouTube.” The goal is to provide “an ultimate destination for style content that bridges both our fabulous endemic creator community and the more traditional worlds of fashion and beauty.”

The vertical will feature style content from stars and YouTube creators, loads of “how to” beauty tutorials, a careers portal, industry collaborations, all things hair, media channels, live runway presentations from this month’s shows in New York, Milan and London and way more. Placement on the page is a mix of algorithm and live humans, and the vertical can be found online, of course, as well as on Android and iOS devices. Currently it is English-only, with an international rollout in select territories coming in 2020. 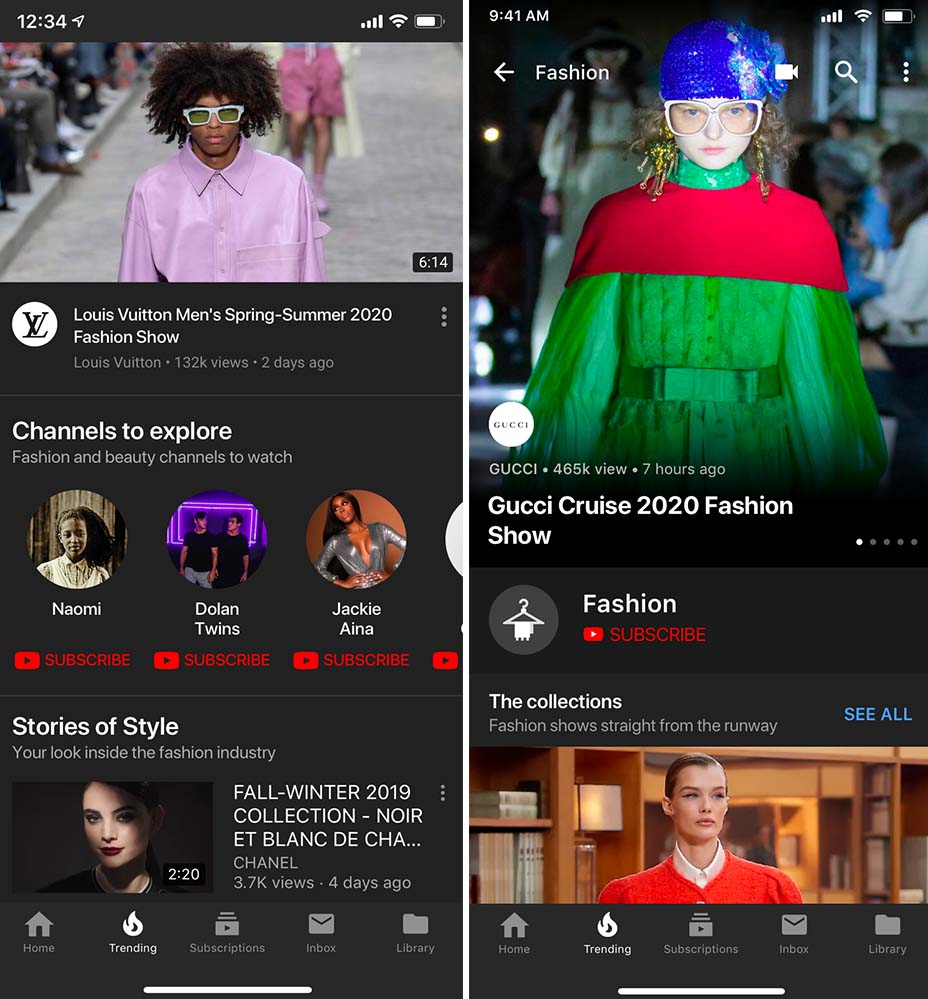 For those who have been keeping a close eye on Blasberg since he joined the company after an enviable career as a magazine journalist, author and TV host, the launch may not be much of a surprise as the fruits of his labor since joining the company last year — June 25, to be exact — have been on display on YouTube, his personal Instagram and on dozens of websites, thanks to notable viral hits.

For example, there was the video of Emma Chamberlain at the Louis Vuitton Cruise Show; Naomi Campbell wiping down her first-class seat on a Qatar Airlines flight; Pete Davidson giving an inside look at his “Model Bootcamp” ahead of walking in an Alexander Wang runway show; Gwyneth Paltrow whispering about her skincare routine and all things Goop on the wellness company’s active channel; and the Dolan twins karate-kicking their way into the Louis Vuitton Men’s Spring-Summer 2020 Show at Place Dauphine.

Those are just a few of the examples Blasberg cited when he called in from Venice during a break from a presumably packed film-festival schedule. He was about to see Noah Baumbach’s much-buzzed-about Marriage Story, which traces a couple’s dramatic relationship, and one cannot talk to Blasberg without mentioning his relationships. He’s friends with just about every A-lister from Hollywood to Paris and he’s brought many of his famous friends into the YouTube fold.

YouTube had already amassed an impressive roster of endemic creators who are all stars in their own right, but what Blasberg has done is bridge the gap while convincing luxury fashion houses, big media brands and models such as Campbell and Rosie Huntington-Whiteley to launch or relaunch their channels. “I thought I would work in magazines for the rest of my life,” Blasberg explained of his path from traditional media at outlets like Harper’s Bazaar, CNN and Vanity Fair to digital at Google. “What I loved about working in traditional journalism is the idea of telling stories and collaborating on shoots with photographers, hairstylists and makeup artists and models and embedding myself into the world of these fashion geniuses. YouTube has really become a hub of people who tell similar stories.”

After Blasberg joined Google last summer, the company officially launched a fashion and beauty department and did so in chic fashion with a splashy party at the U.S. Ambassador’s residence in Paris. Over the past year, Blasberg’s team has launched or relaunched more than approximately 50 channels, he says. “The biggest realization I made is how big it is — it’s fucking enormous, with more than two billion unique users. That is one-quarter of the world’s population,” Blasberg said. “You know in a day if the content you are creating is resonating. … You can’t make people watch content, and the question I always ask people is, ‘Would you watch this?'”

It hasn’t been a slam dunk. “When I meet with fashion people, I commonly hear, ‘We got a lot of success on other platforms,'” Blasberg explains, referencing the lean towards platforms like Instagram. “We’re not an exclusive platform — it’s not in place of anything else. We get a lot of conversion off Instagram and Twitter. I know people like to compare them, but they are not apples to apples.” (He’s not lying: Blasberg recently teased a YouTube clip featuring Jonathan Anderson giving an insider’s look at Ibiza by directing his 900,000 Instagram followers over to YouTube.)

Blasberg explained that the strategy has to be different than blueprints for other platforms because the YouTube ecosystem is more complex. “You need to work harder and dig deeper and tell more thorough story. YouTube is hard but the rewards are much bigger. It’s an enormous platform and there are monetary opportunities. It’s also a super-engaged community.”

Speaking of money, YouTube — and Blasberg, for the record — would not comment on whether it compensated individuals, brands or creators for their efforts or simply picked up the tab for content production. “We don’t comment on financials,” a rep told THR. Blasberg, known for his quick wit (and love of puns), had a lighter response ready: “We’re not Netflix, sweetie.” What is known is that the push is ultimately to help boost advertising: In 2018, YouTube took in an estimated $5.3 billion in ad dollars in the U.S., compared to Instagram’s estimated $9.1 billion, per a report in Vogue Business.

Money aside, Blasberg said new YouTubers like Campbell have been enjoying the creative payoffs that comes with having ultimate authority. “She has final cut. She decides when she posts. It’s entirely her point of view as producer, creator, director. How many opportunities are there to tell your story in that way? It doesn’t require that much convincing.”

Patrick Starrr, a major YouTube personality with more than 4.4 million subscribers, did not need convincing to explain why he thinks the new vertical will be a hit for creators. “It’s amazing,” Starrr told THR. “For me, visibility is everything. For people to be able to find themselves and celebrate it on such a platform is already a win.”

Starrr is a creator but also someone who digs around in new content. What he gravitates toward is behind-the-scenes videos: “I love to hear from artists — how they make things come to life,” Starrr noted. “Celebrities getting ready for Vogue or people making food. How do people digest a process? How are they creating and communication that passion across a platform?”

As for Starrr’s advice to new creators, it’s simple. “Be kind, show humility and understand when to clock in and clock out.”

It may seem that Blasberg doesn’t have much of a chance to clock out considering what his schedule looks — at least from the outside. He’s at every major cultural event from the Met Gala and Venice to Paris Fashion Week and the recent Google camp. But he shrugs off any notion that his life is exhausting by taking a page from Starrr’s humility handbook. “I grew up in St. Louis with my face planted on the glass, looking out into this whole fashion world. The fact that I’m interacting with and I know these designers, and that Donatella Versace follows me on Instagram? I’ve got nothing to be tired about.”  A very exciting day, indeed. 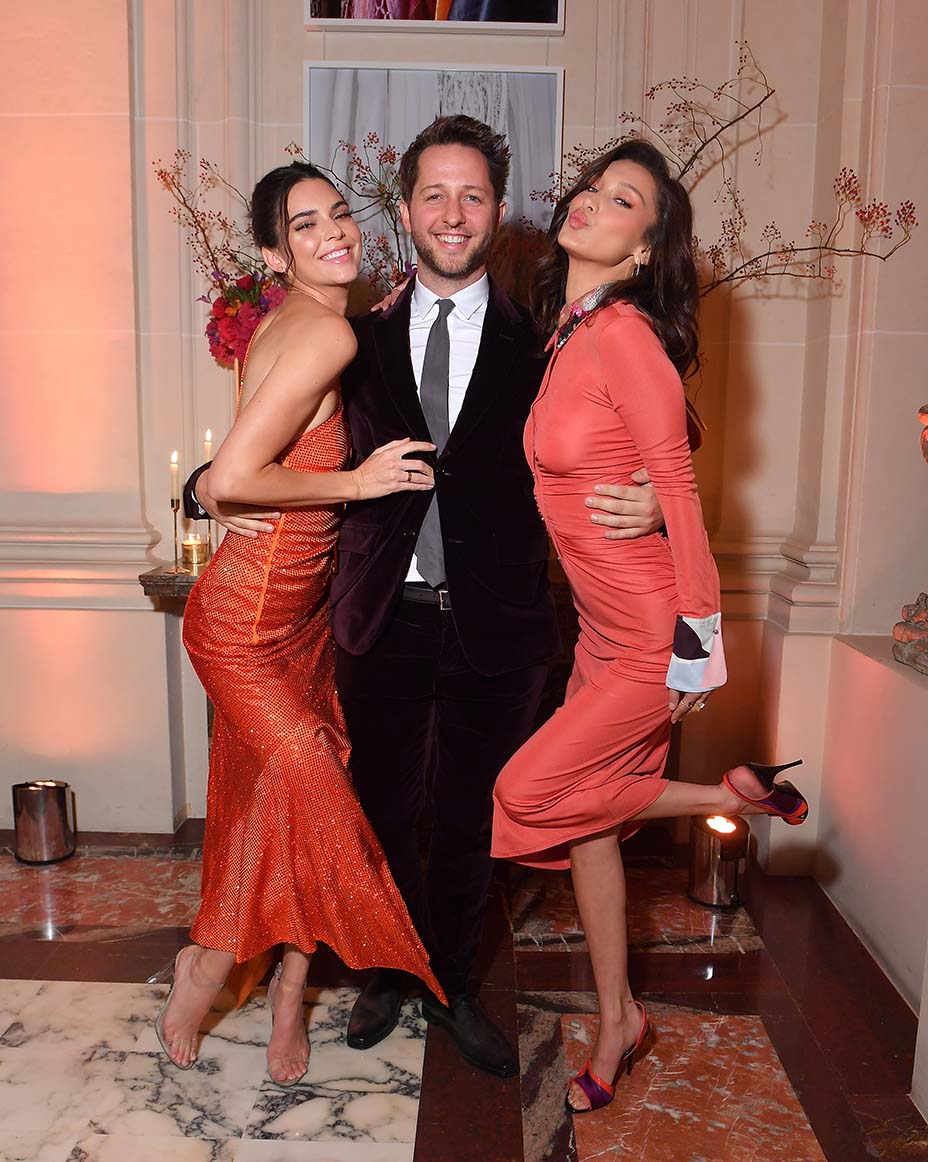 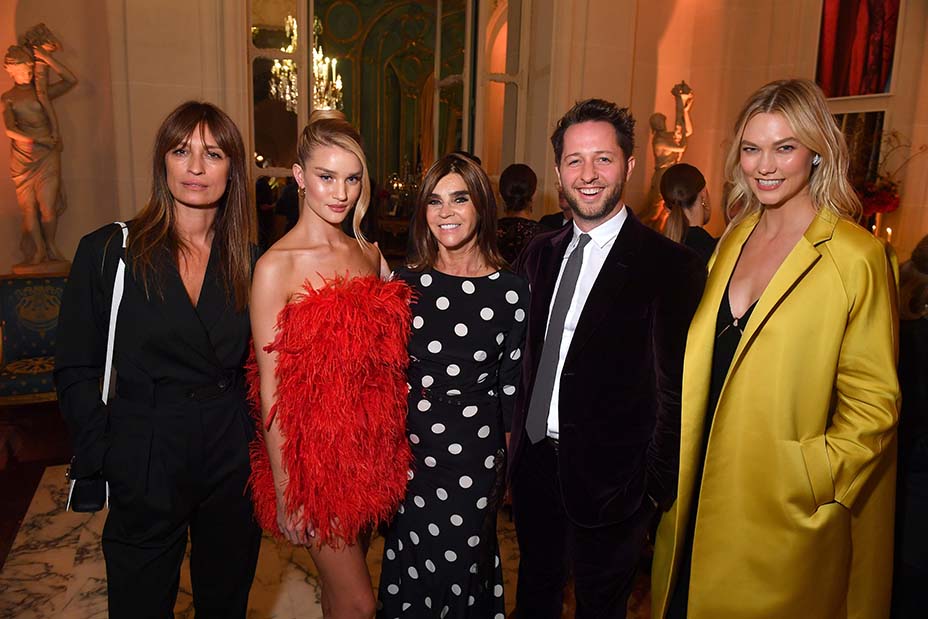 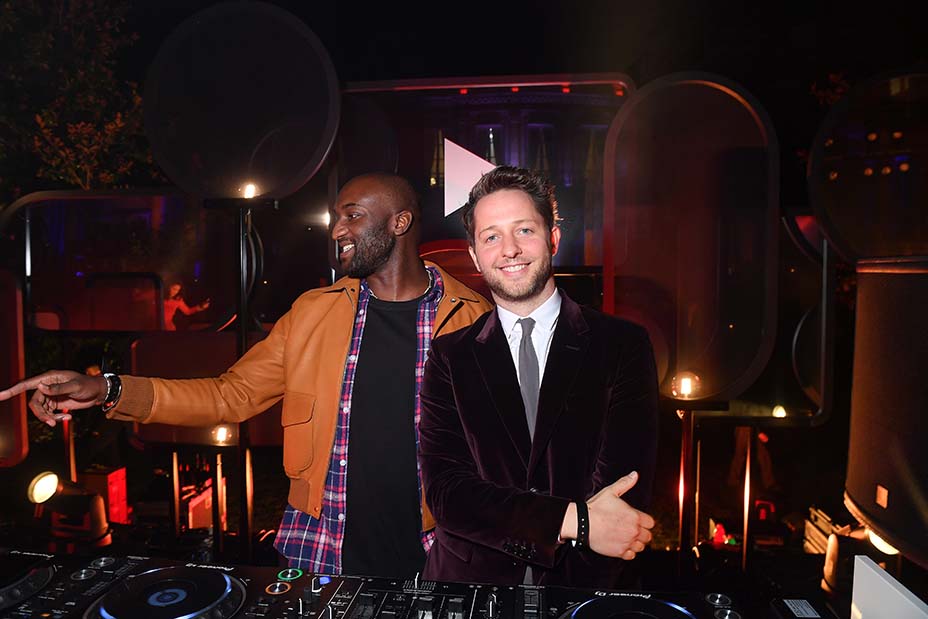