Fashion designer Zac Posen, a judge for six seasons running on Project Runway, says he was as disturbed as anyone to hear about the allegations of sexual harassment and rape that have been made against Harvey Weinstein, whose Weinstein Co. has produced the series since its inception in 2004.

“It’s been quite shocking,” Posen said Thursday, before an event to present his fall 2017 runway collection at Neiman Marcus Beverly Hills, adding that he never noticed anything untoward himself with models or otherwise. “I never saw Harvey on set. I work with an amazing woman who represented the Weinstein Co., Barbara [Schneeweiss].”

The designer acknowledged that he thinks it’s a good thing that so many brave women’s stories have started a new cultural conversation. 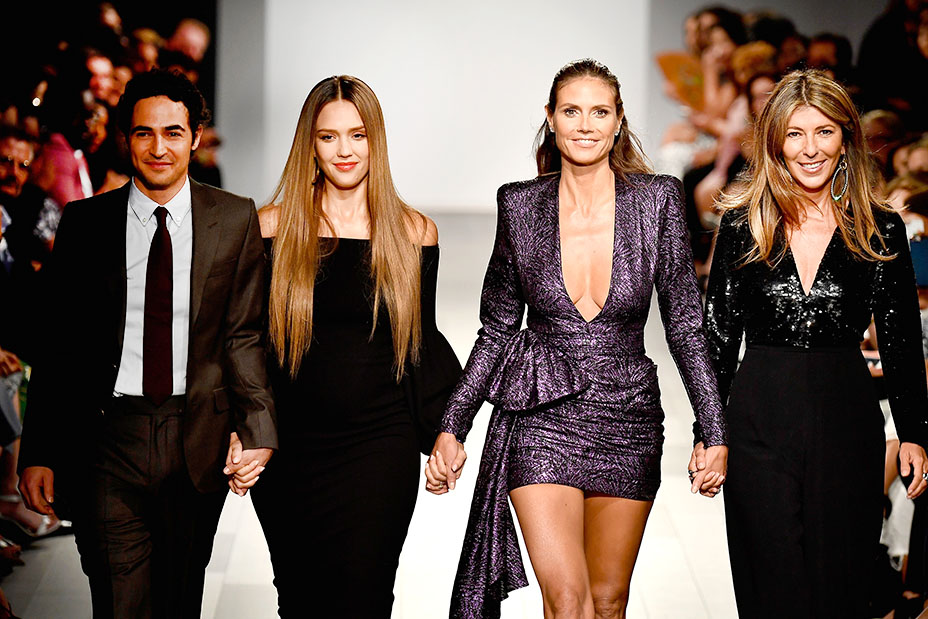 “I don’t think this is something new in any industry and I don’t think it’s only a woman issue,” Posen continued. “It’s unfortunate because in entertainment and fashion, which are beauty and human industries…there’s opportunity for great abuse — and it’s not acceptable. In my own career I’ve had wild experiences,” he said, acknowledging his own brushes with sexual harassment. “I’ve had all kinds of issues throughout my life, and got myself out of situations that were very scary. It’s an important time for people to look inside and lead their lives with example.”

In the wake of the Weinstein scandal, which to date has 58 women accusing the producer of harassment and rape, the fashion industry is addressing its own issues of abuse, with models coming forward with their own sexual harassment stories, and Conde Nast and several brands pledging not to work with controversial photographer Terry Richardson.

Posen offered a few solutions. “For models, if you are underage like an actor, you must have a chaperone. There has to be responsibility in that way.”

Beyond that, he sees the potential for a changing beauty ideal. “From a future-looking perspective, children that are being born now are expected to live 25 to 30 years longer, and that will evolve beauty ideals. I’ve always tried to represent women of different ages, body types and backgrounds, but I’ve had lots of pushback from my own industry. Fashion has a responsibility to love all women.”

Posen, who has dressed Katie Holmes, Christina Hendricks and Glenn Close on the red carpet, has been as busy as ever. Last month, his House of Z documentary debuted on Vogue.com. This week, he appeared on The Late Late Show with James Corden alongside the magazine’s editor-in-chief Anna Wintour. And he has a new cookbook out, Cooking With Zac: Recipes from Rustic To Refined.

“It’s everything from my dad’s ribs — he’s from St. Louis — to my long obsession with Japanese cooking. Last night, I found myself randomly watching the Dodgers game with chef Nobu Matsuhisa in the back of his original restaurant. It was the perfect end of a whirlwind day.”